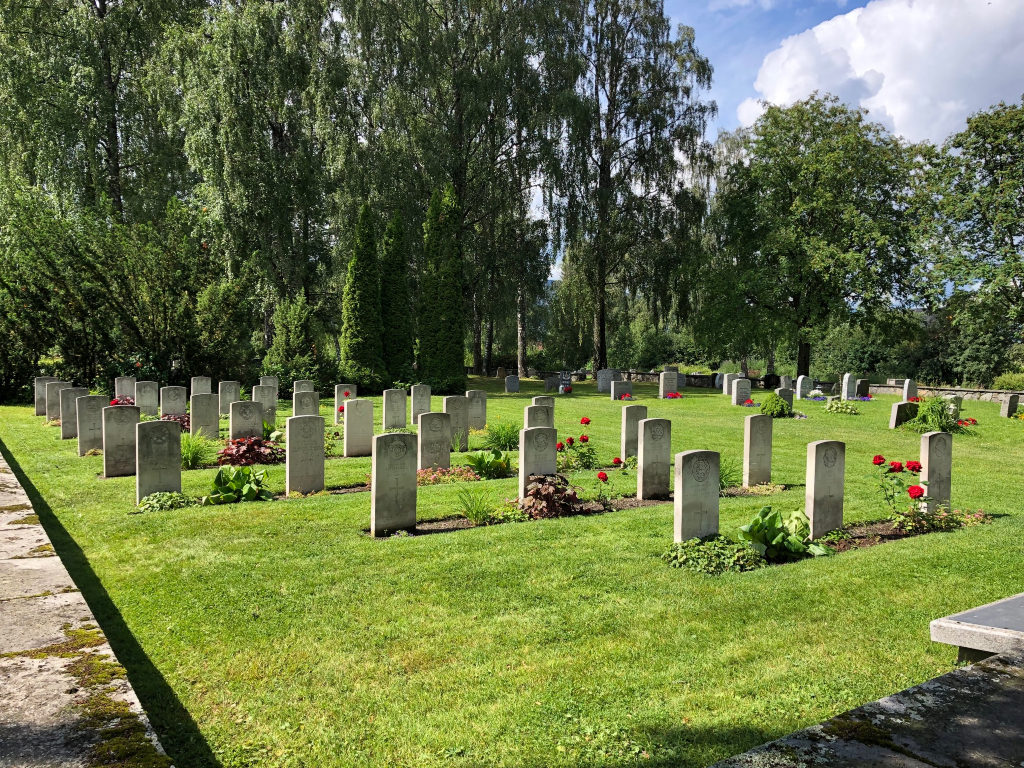 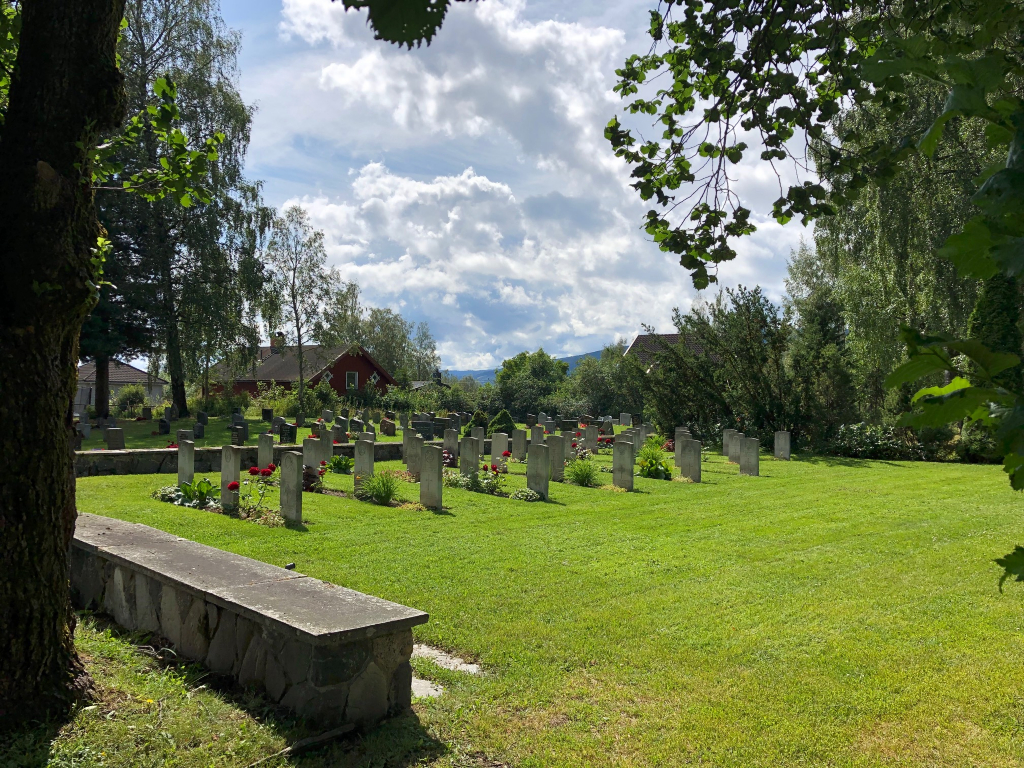 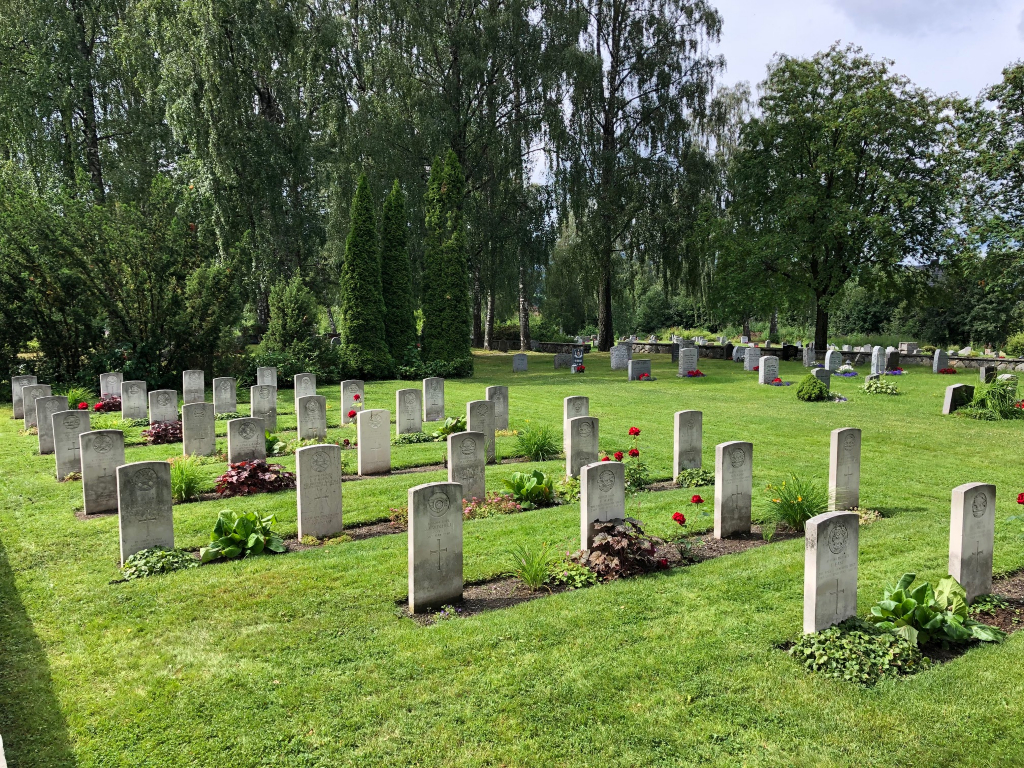 From the main E6 route exit on to the 213 at Lillehammer and follow this road past the large distinctive pinkish brick church with a tall steeple on the left. At this point the road is called the Kirkegaten. Continue approximately one kilometre further and turn left at the traffic lights next to the garden centre into Even Langseths Veg. Turn left again after 150 metres and the cemetery is on the right side. The main entrance is the second gate along with a Commission plaque on the left side. From the main entrance follow the path for 80 metres to the graves on the left side.

During the Second World War, Norway was of strategic importance to the Germans. Their invasion on 9 April 1940 was sudden and widespread and despite Allied intervention, the entire country was under German occupation by early June. Thereafter, Allied activity in Norway was confined to raids and special operations, with the Commonwealth air forces providing support to Norwegian resistance groups until the German capitulation in May 1945. There are no Commonwealth war cemeteries in Norway, those who died there being buried in civil cemeteries and churchyards. Troops of the 148th Infantry Brigade advancing through the Gudbrandsdal to support the Norwegian forces at Lillehammer in April 1940, were forced back in this region by the Germans who had entered it from the south. Lillehammer Northern Civil Cemetery contains a Commonwealth war graves plot of 35 burials, most of them from this period. The soldiers belonged mainly to the 8th Battalion, Sherwood Foresters and the 1/5th Battalion, Leicestershire Regiment. The four airmen were killed in an aircraft of 644 Squadron, which crashed near Stange on Lake Mjosa in April 1945.