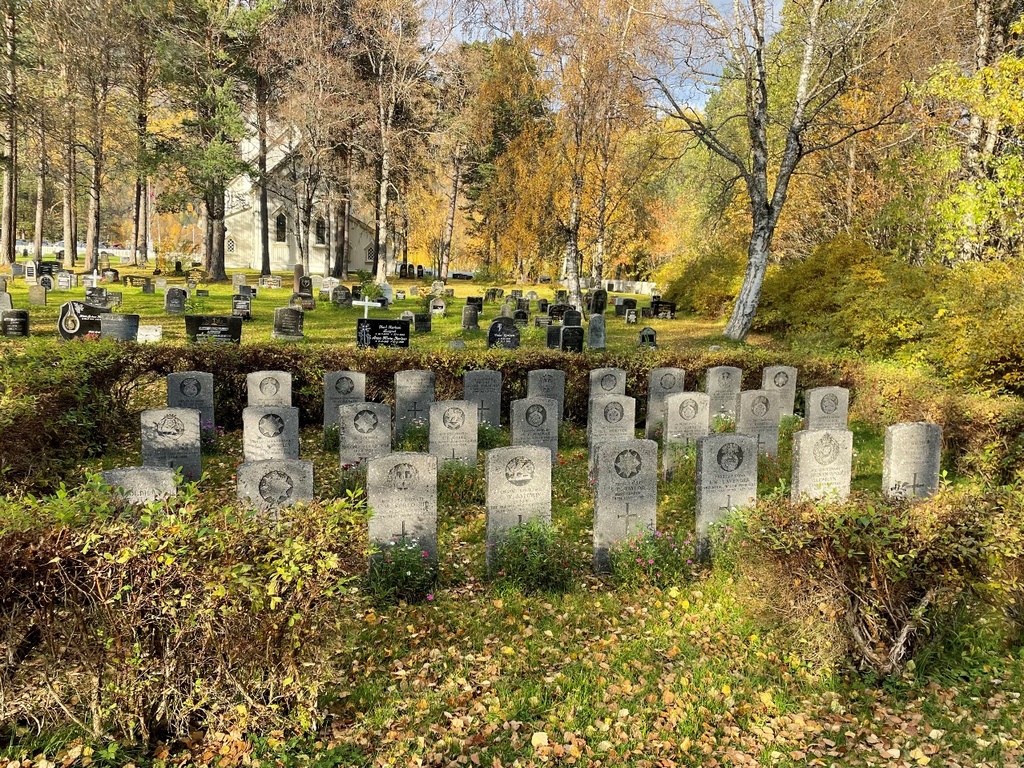 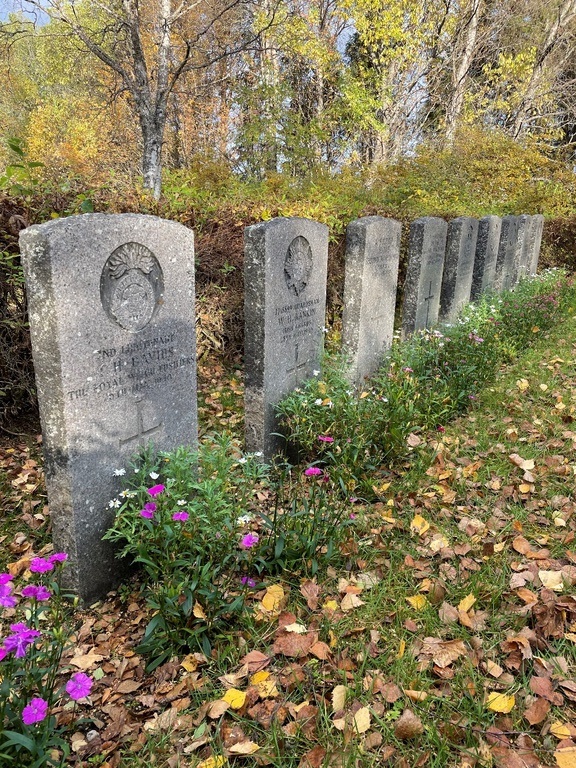 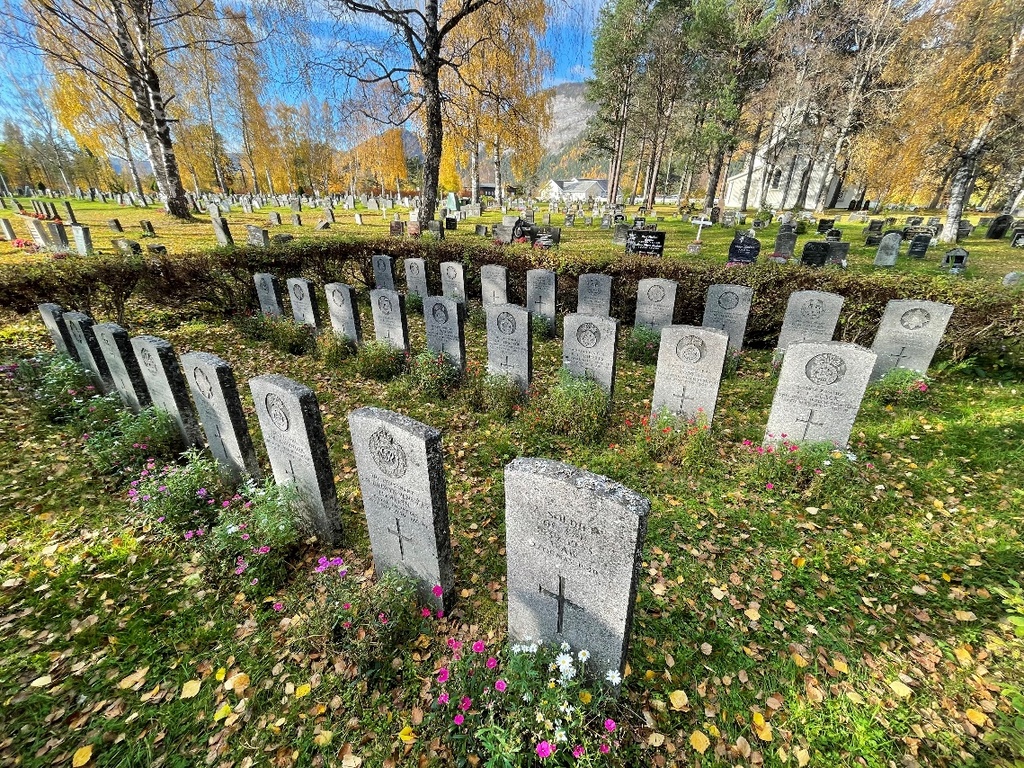 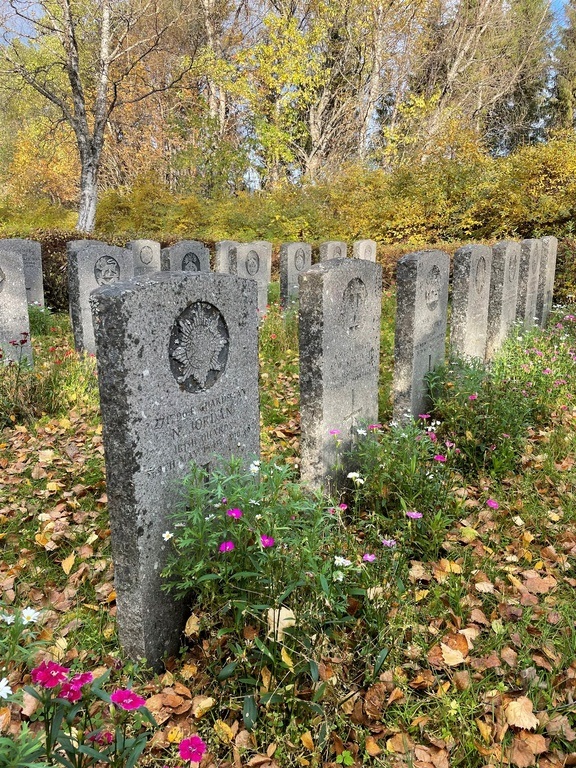 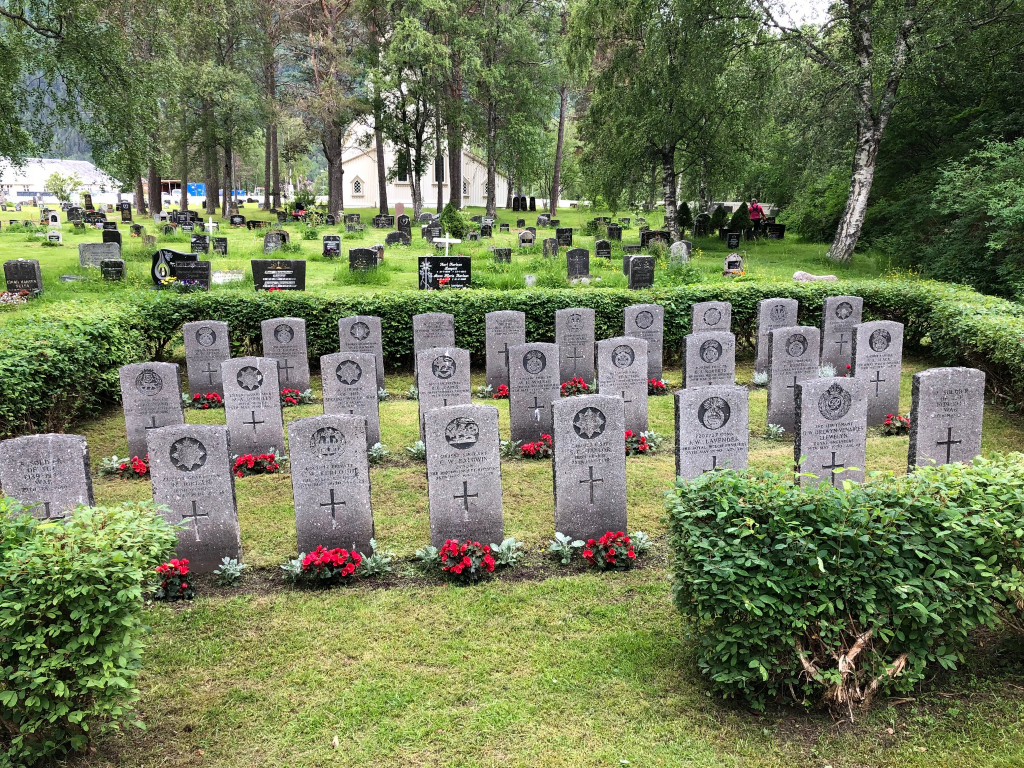 Saltdal is a village close to the west coast of Norway approximately mid-way between Trondheim and Narvik. Saltdal churchyard is actually located in the neighbouring village of Rognan. Approaching from the south on the E6 main route to the north turn off at junction signposted for Rognan. Follow this unclassified road through the village of Rognan to the white wooden church on the right hand side of the road at the outskirts of the village. Follow the path from the entrance and turn left at the first junction. Follow this path past the church for approximately 100 metres and the war graves plot can be seen approximately 20 metres to the left of the path within a small hedged enclosure.

During the Second World War, Norway was of strategic importance to the Germans. Their invasion on 9 April 1940 was sudden and widespread and despite Allied intervention, the entire country was under German occupation by early June. Thereafter, Allied activity in Norway was confined to raids and special operations, with the Commonwealth air forces providing support to Norwegian resistance groups until the German capitulation in May 1945. There are no Commonwealth war cemeteries in Norway, those who died there being buried in civil cemeteries and churchyards. Saltdal Main Cemetery contains 27 Commonwealth burials, five of them unidentified. The Germans brought the graves into the cemetery from the surrounding district after the brief fighting at the end of May 1940, between Mo I Rana and Bodo.