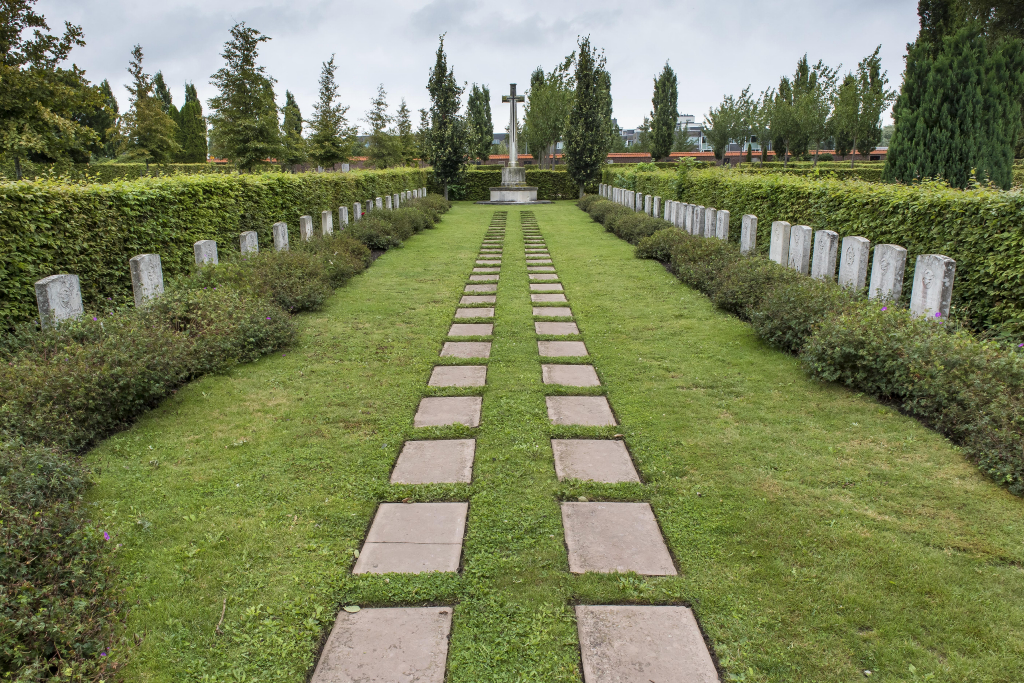 Helsingborg is on the direct route from Copenhagen to Stockholm and is connected by ferry with Helsingor in Denmark. The cemetery stands on high ground 3.4 kilometres north-east of Helsingborg in Palsjo. The entrance to the cemetery is on the corner of Ringstorpsveg and Christer Boitjes Veg.

Although Sweden retained her neutrality throughout the Second World War, a number of Commonwealth servicemen are buried there, most of them airmen who failed to return from bombing raids over Germany or German occupied territories. Helsingborg (Palsjo) Municipal Cemetery contains the graves of 47 Commonwealth airmen of the Second World War. Special memorials bearing the inscription "Buried near this spot" are erected to a small number of casualties whose graves could not be marked.