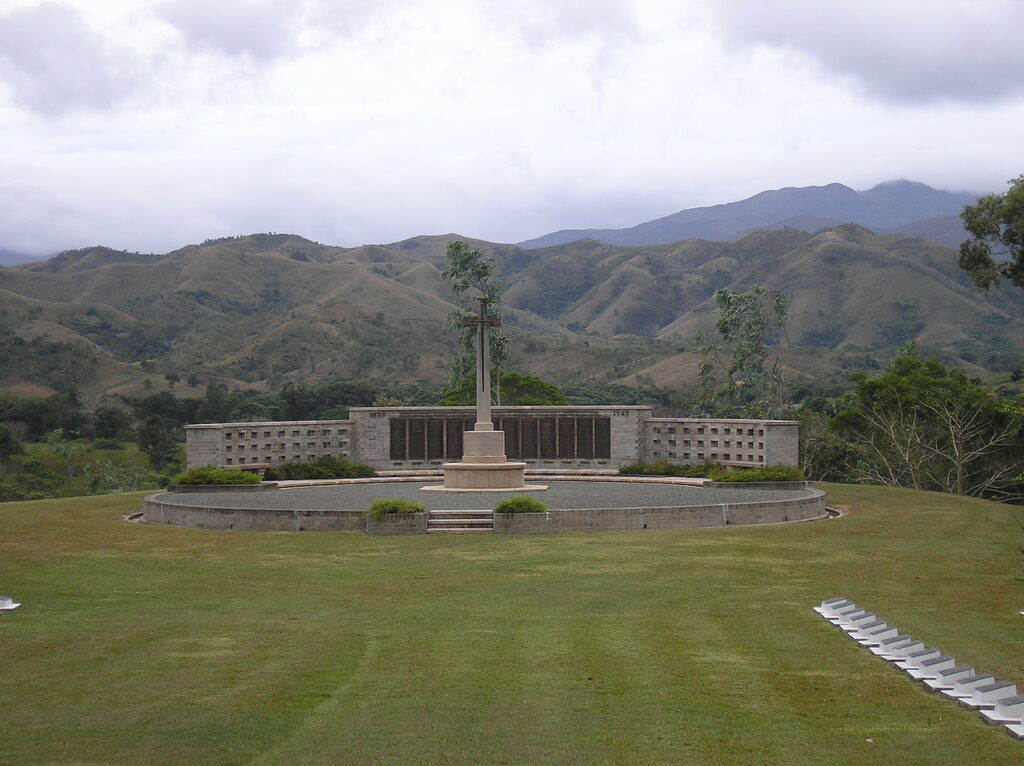 Bourail is on the western coast of the island of New Caledonia, which lies approximately 1600 kilometres north of New Zealand. The Bourail Memorial is situated in Bourail New Zealand War Cemetery, which lies about 9 kilometres south-east of Bourail, on the main road north and east of the Nera River, which flows into Bourail Bay. The entrance to the cemetery is on the south-western side and leads, through a terrace adjoing the Records building, to the wide central avenue which curves between two double rows of graves to the Cross of Sacrifice erected on a raised circular platform at the northern end. The Memorial stands behind the Cross of Sacrifice and consists of a curved screen wall with pierced wing walls of brick. The names are recorded on 12 bronze panels affixed to the main wall; the first nine bear the names of New Zealanders, and the remaining three those of men of the Western Pacific Local Forces. Above the panels is the following inscription: 1939 - 1945 THESE OFFICERS AND MEN OF THE NEW ZEALAND ARMY, THE ROYAL NEW ZEALAND AIR FORCE AND THE WESTERN PACIFIC LOCAL FORCES SERVED AND DIED IN THE SOUTHERN PACIFIC ON LAND AT SEA AND IN THE AIR AND HAVE NO KNOWN GRAVE.

The memorial commemorates 449 members of the New Zealand Land and Air Forces and Merchant Navy, and members of the Western Pacific Local Forces who died during operations in the South Pacific area, and who have no known grave.

The men of the Fiji Military Forces who died in this campaign and whose graves could not be located or maintained, are commemorated on the Suva Memorial at Fiji.