We are currently assessing the structural integrity of the pergolas, which can be found within the Cemetery. Work will then begin on their renovation, which may take some considerable time. Certain parts of the Cemetery will, therefore, be out of bounds to visitors. Please accept our apologies for any inconvenience this may cause.

Please be aware of the following:

- The Cemetery is located next to a river and on a busy main road. Unfortunately, there is no parking available.

- Mosquitoes carry Malaria and Dengue Fever in this area.

- There is a large flight of steps at the entrance to the Cemetery. 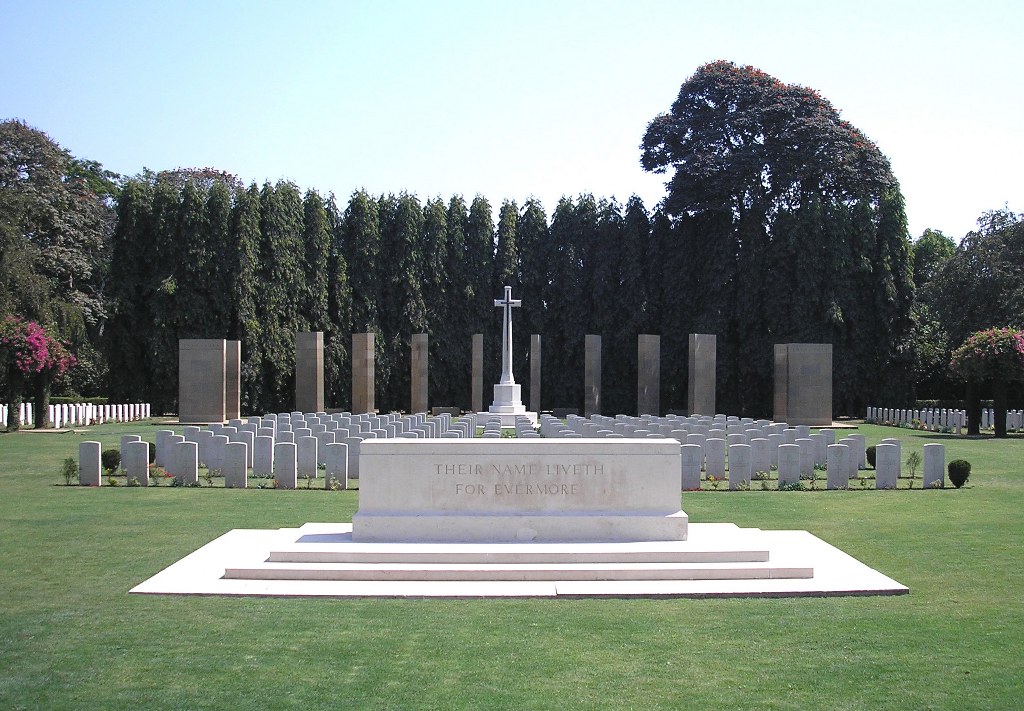 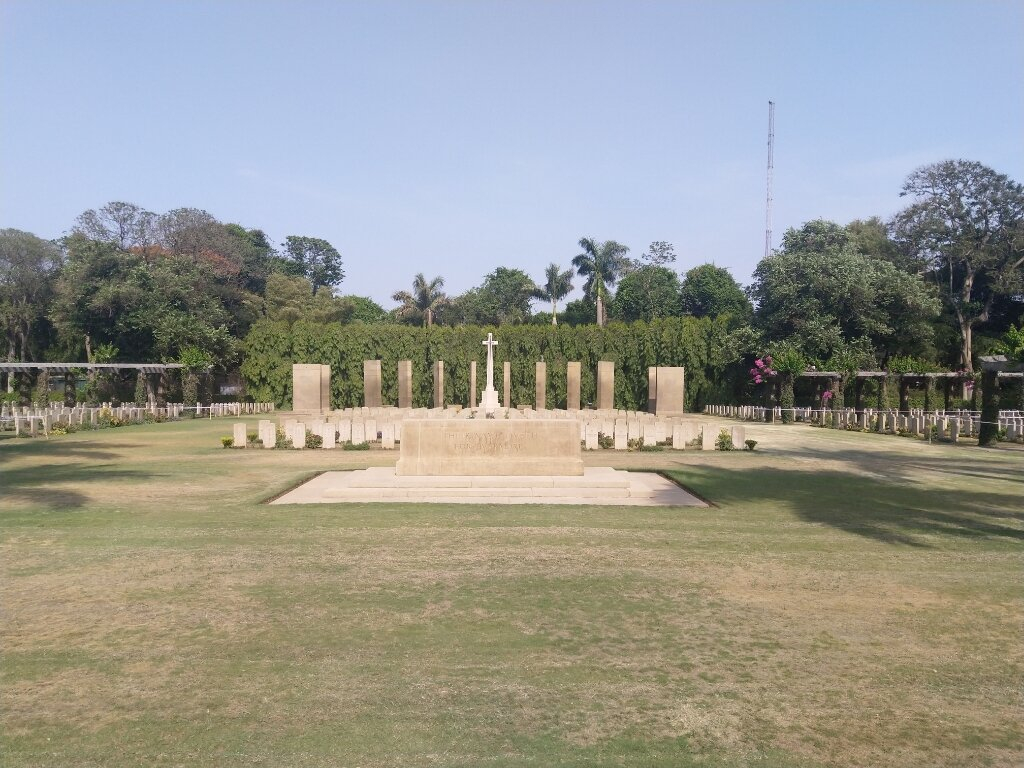 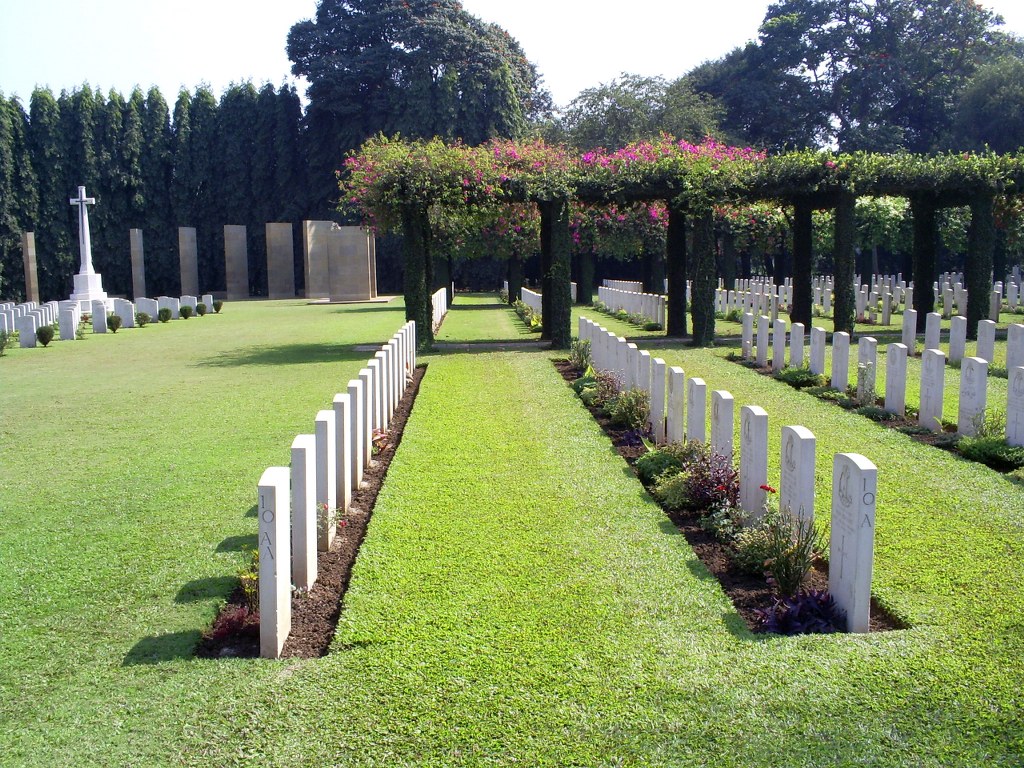 Kirkee, also known as Khadki, is a Military Cantonment adjoining the large university town of Poona on the Plateau above Bombay. It can be reached by train from Bombay to Poona or by long distance taxi or bus service from Dadar Taxi/Asiad Bus Stand in Bombay. The War Cemetery is about 5-6km from Pune Railway Station. The motor rickshaws are available from Pune Railway Station, to reach the cemetery. One must ask for Mula Road along which the cemetery is located. There is no taxi service in Pune. The way from Pune Railway station/bus stand is to cross to the Regional Transport Office (RTO), then cross the Sungam Bride towards Wakdewadi on Bombay-Pune highway Road, then left turn to underground road at Maria Gate Police Station/Maria Mata Mandir just opposite to Bajaj Kamal Nayan Udyan/Garden. After passing through the underground road, immediately there is a high storey building called Kohinoor estate on Mula Road, by which there is a road direction sign "KIRKEE WAR CEMETERY". Drive for 2-3 minutes along the Mula Road toward Adarshnagar/Old nane Bhayawadi. The war cemetery is located on the right hand side of the road. The landmark opposite the war cemetery is the Satyam Apartment Building. Flight services are available from Delhi, Bombay, Chennai & Kolkata Airport to Pune Airport, but these tend to be irregular. If you wish to travel by car, the war cemetery is about 13-14km from the airport; about 25-30 minutes drive. Drive from the airport to Burmashell Chowk, Tingarnagar, then turn left on Vishrantwadi Road towards the Regional Tranport Office (RTO), then left again towards the traffic signal of Deccun College (old name Chandrama Hotel Chowk). Then turn right towards BEG Centre, Holkar Bridge. Immediatly cross the BEG Centre Road limit drive onto the newly constructed flyover bridge. Keep left and pass down the flyover towards Mula Road. The War Cemetery is located about 1.5km from the bridge on the left hand side.

Kirkee War Cemetery is open every day between 08:00 and 16:00. The cemetery is constructed approximately 4 metres below the level of the main road, with the only means of access being down two flights of steps. The design of this site therefore makes wheelchair access impossible.

KIRKEE WAR CEMETERY was created to receive Second World War graves from the western and central parts of India where their permanent maintenance could not be assured.

The cemetery contains 1,668 Commonwealth, 1 Polish and 1 American burials of the Second World War and 7 non-war burials. In addition, in 1962 the graves of 629 First World War servicemen were brought to the cemetery from Bombay (Sewri) Cemetery and reburied in the grassed area between the Memorial and the Cross of Sacrifice. They are commemorated by name on the KIRKEE MEMORIAL.

The KIRKEE MEMORIAL stands within the cemetery and was built to commemorate more than 1800 servicemen and women who died in India during the First World War, who were buried in civil and cantonment cemeteries in India and Pakistan whose graves were considered to be unmaintainable after India gained its independence in 1947. For several years now, the Commission has been working to reinstate the original graves of a large number of these individuals and to date, the official commemoration of over 1000 individuals have been reverted back to their original burial location. However, their names will remain on the memorial for the foreseeable future.

On the same memorial are commemorated almost 200 East and West African servicemen who died in non-operational zones in India in the Second World War, and whose graves either cannot be located or are so situated that maintenance is not possible.