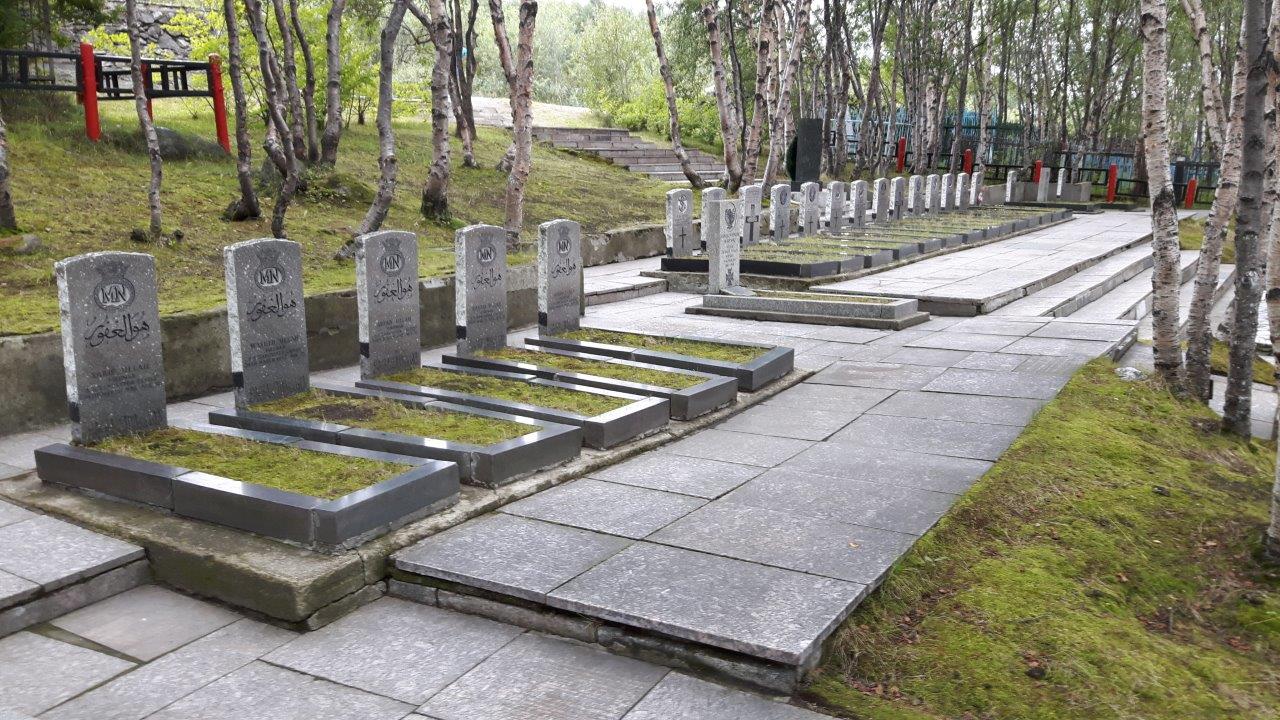 Murmansk is a seaport on the Kola peninsula. The Russian Cemetery Extension is on the north-eastern side of the town, about two miles from its centre, and a mile from the main Murmansk-Valenga road. It adjoins the Russian Military Cemetery of the Finnish war.

Murmansk is a seaport on the Kola peninsula, ice-free throughout the year, and was one of the ports to which the convoys sailed between 1941 and 1945, bringing to Russia the ammunition, tanks aircraft and other supplies which enabled her to resist the Germans. Murmansk was also at that time an Allied air base, and was subjected to continuous, savage bombing from German held bases in Finland and Norway by aircraft trying to deny the port to the Allied supply convoys. Most of the men who died when their ships were sunk, in the port or en route, have no grave but the sea and are commemorated on the great naval memorials at their manning ports or on the Merchant Navy Memorial at Tower Hill, but a few of them rest in this small burial ground in Murmansk. Murmansk Russian Cemetery Extension contains 21 Commonwealth burials of the Second World War. There are also five American and Polish war burials and the graves of three merchant seamen whose deaths were not due to war service.