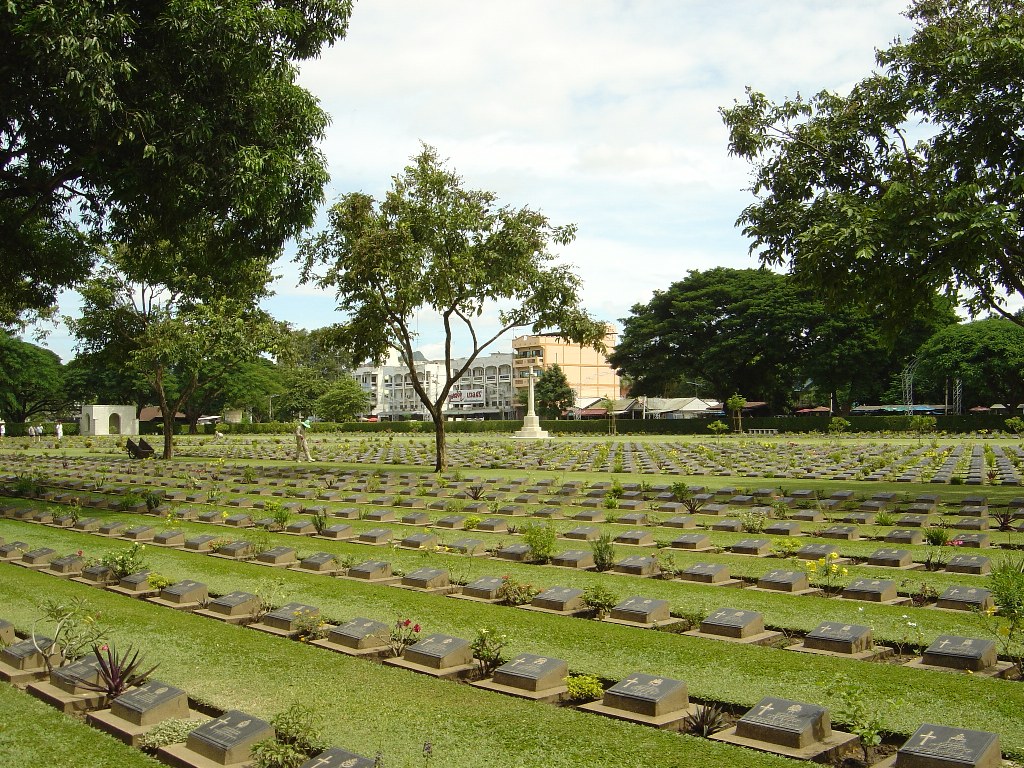 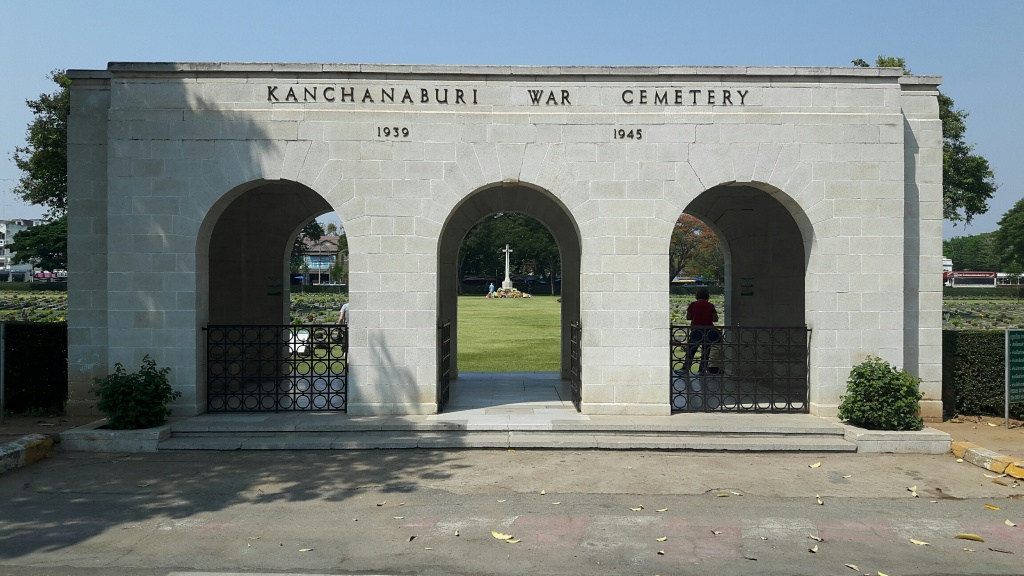 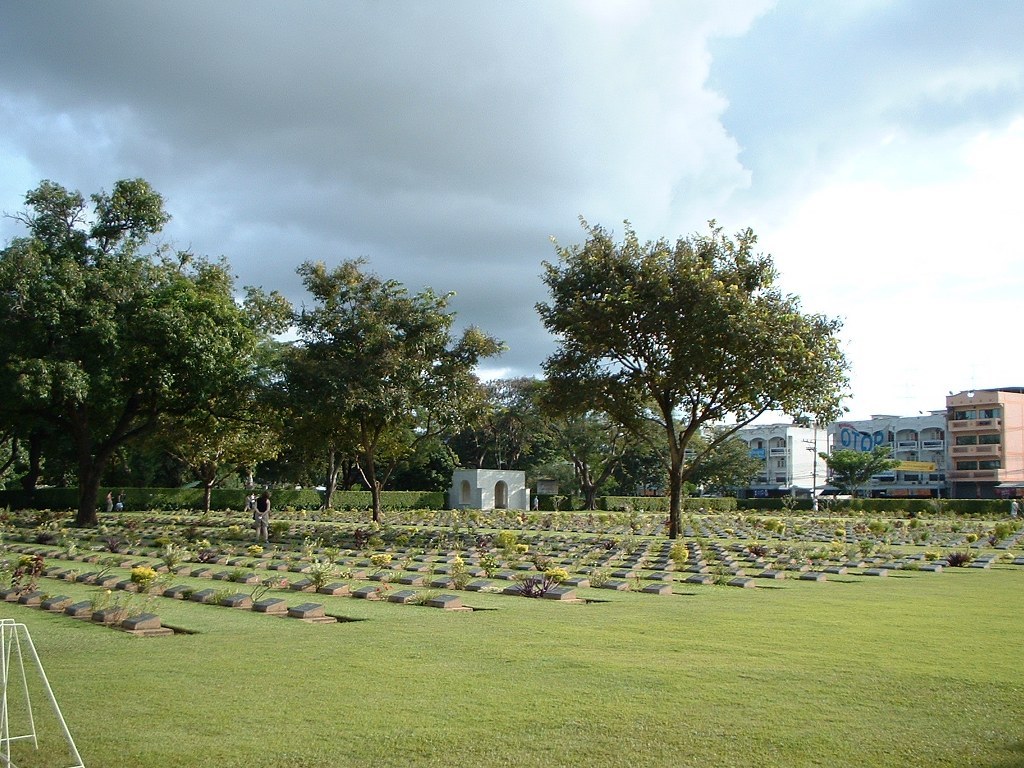 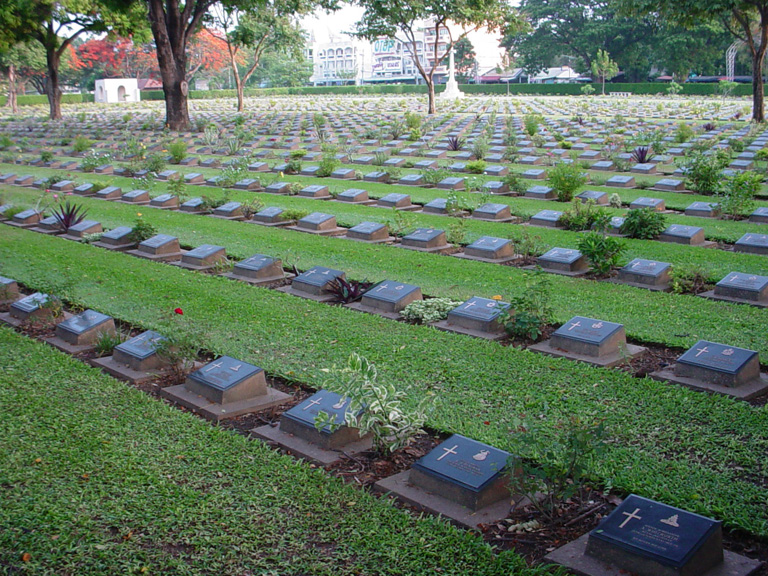 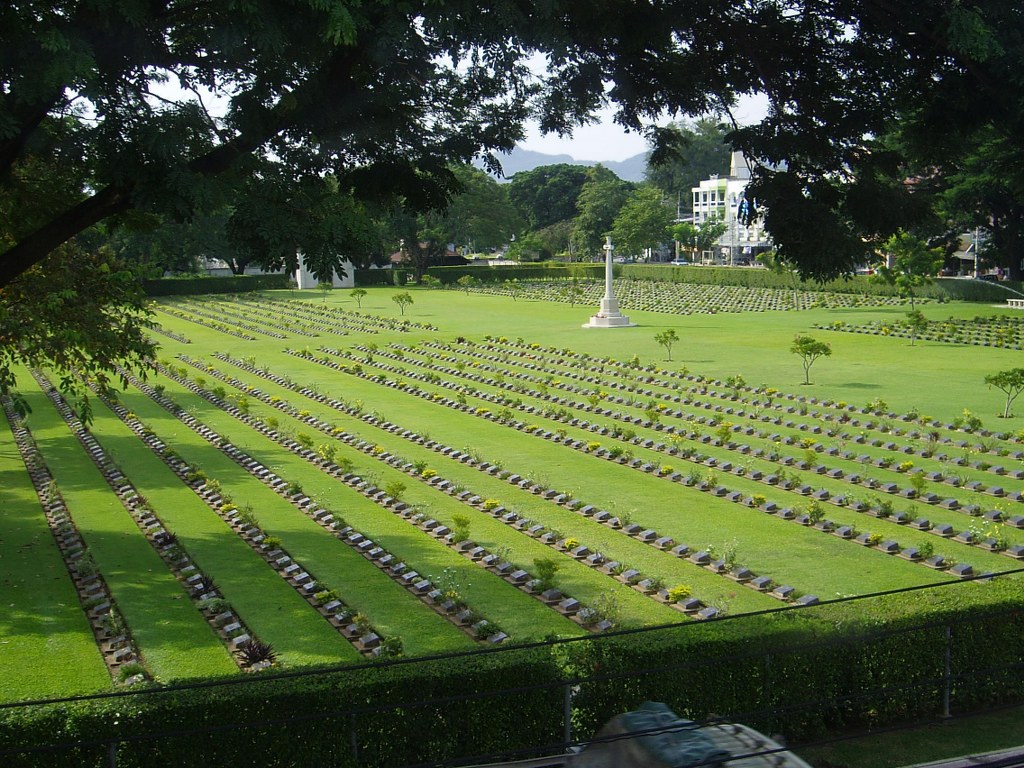 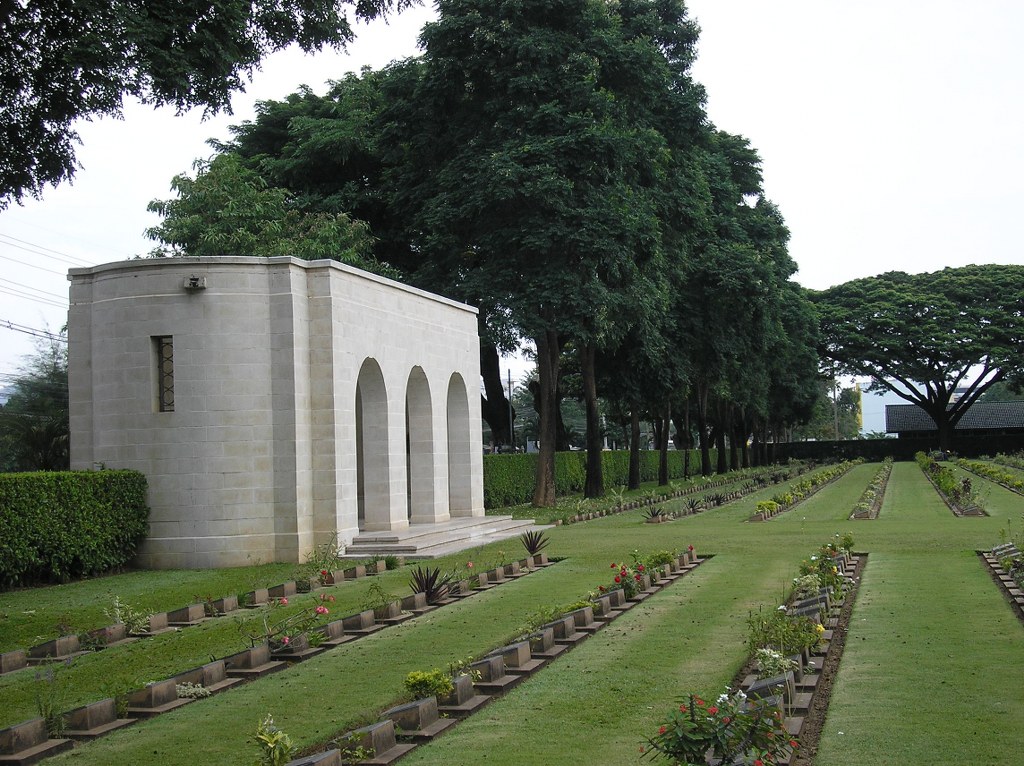 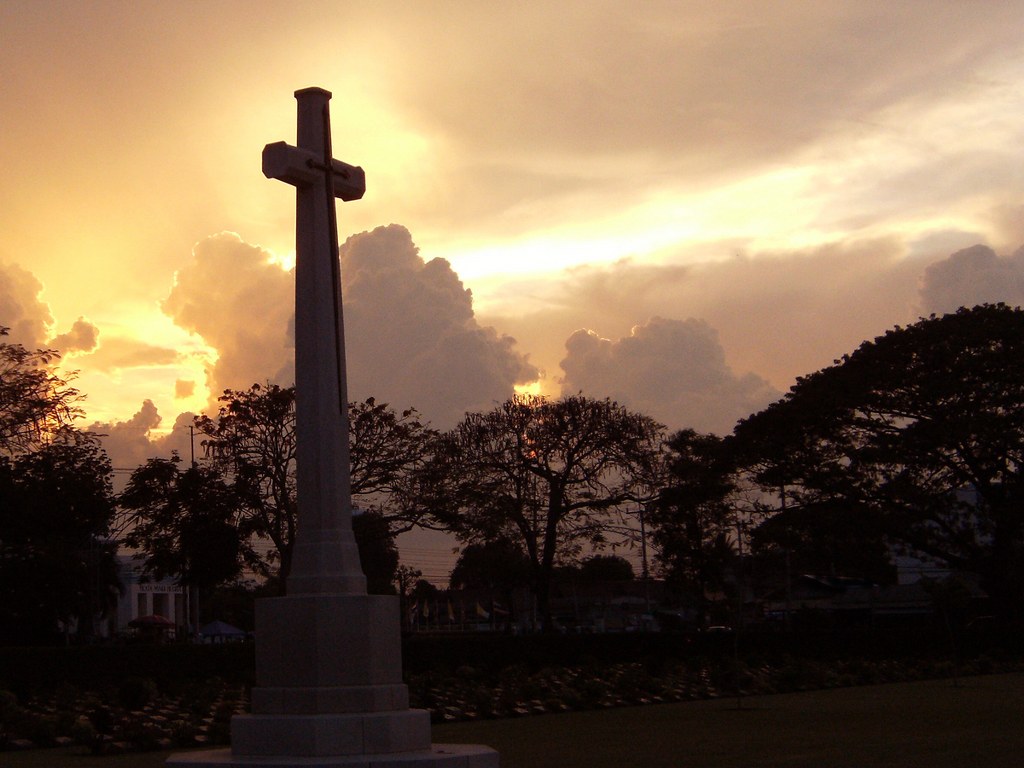 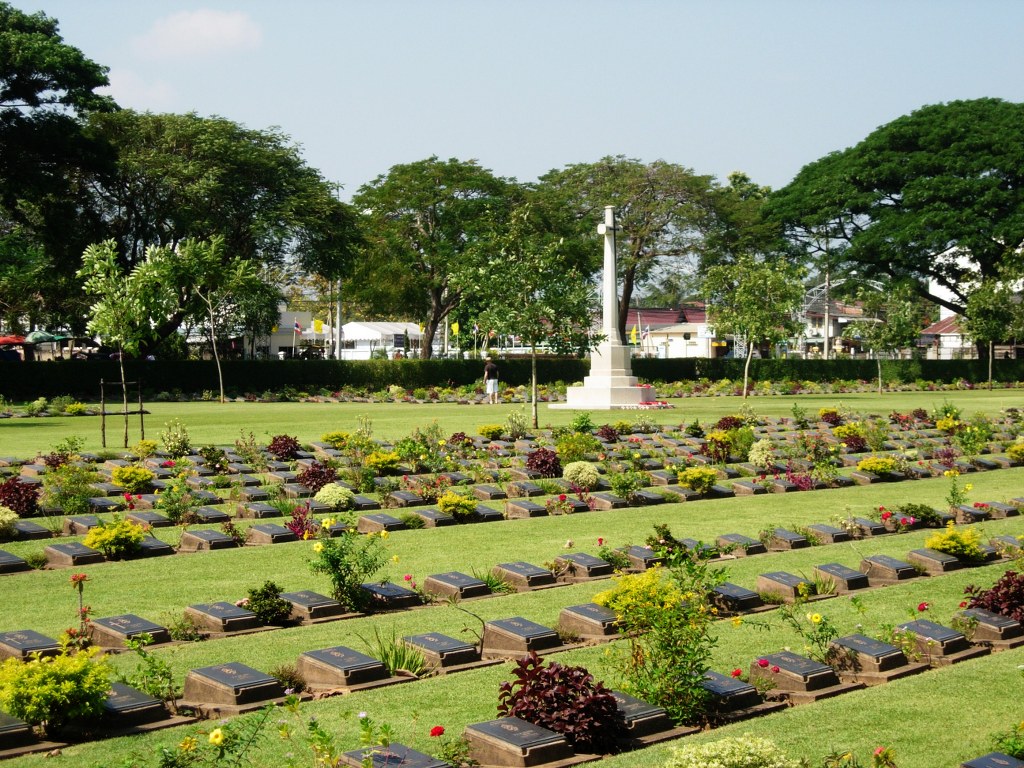 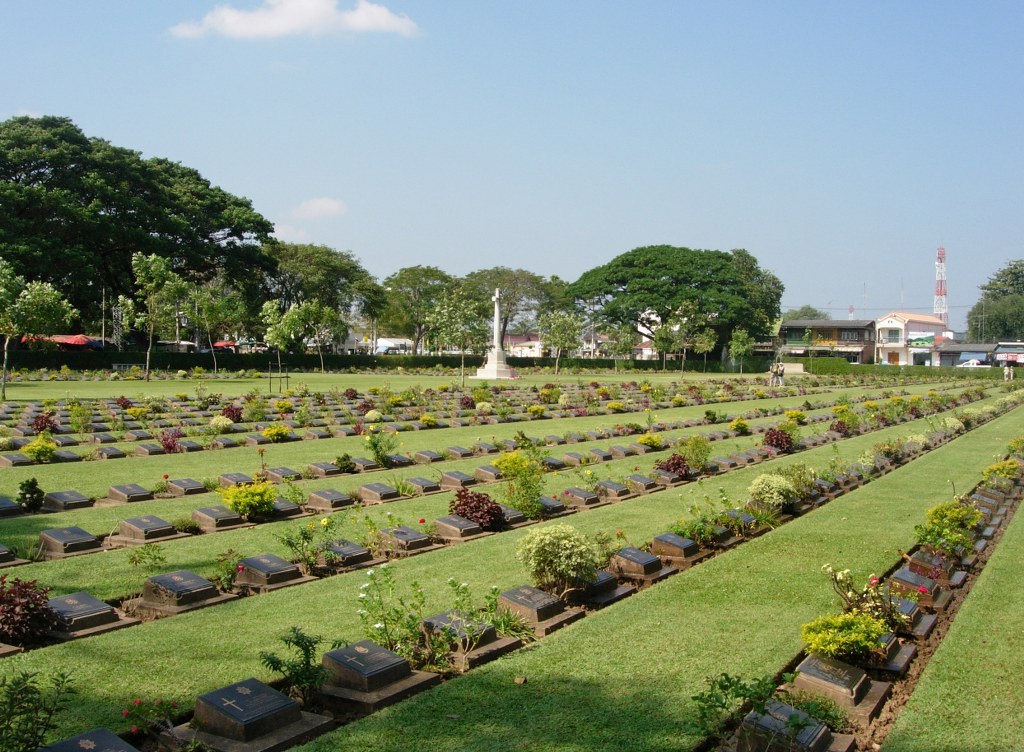 The town of Kanchanaburi is 129 kilometres North-West of Bangkok and is best reached by road, along the National Highway which runs north from the capital. There are bus and train services from Bangkok. Kanchanaburi War Cemetery is situated adjacent to Saeng Chuto Road which is the main road through the town. When approaching from Bangkok, the cemetery is on the left side of the road, towards the far (northern) end of the town. A Commission signpost faces the cemetery on the opposite side of the road.

Kanchanaburi War Cemetery is open at all times. The cemetery and memorial registers are kept in the cemetery service area and must be requested from one of the gardeners.

Wheelchair access through the main entrance is impossible due to the design of the entrance feature. Access is possible during normal working hours, 08:00-17:00 Monday to Friday and 08:00-12:00 Saturday, through the service entrance adjacent to the office and base site. For further information regarding wheelchair access, please contact our Enquiries Section on telephone number 01628 507200.

Please note we are currently embarked on a project to renovate bronze plaques at Kanchanaburi War Cemetery and Chungkai War Cemetery, Thailand. Visitors may notice different colours and coatings on plaques and this is quite normal as part of the as the renovation process.

KANCHANABURI WAR CEMETERY is only a short distance from the site of the former 'Kanburi', the prisoner of war base camp through which most of the prisoners passed on their way to other camps. It was created by the Army Graves Service who transferred to it all graves along the southern section of railway, from Bangkok to Nieke.

Some 300 men who died (most from a Cholera epidemic in May/June 1943) at Nieke camp were cremated and their ashes now lie in two graves in the cemetery. The names of these men are inscribed on panels in the shelter pavilion.

There are now 5,085 Commonwealth casualties of the Second World War buried or commemorated in this cemetery. There are also 1,896 Dutch war graves and 1 non-war grave.

Within the entrance building to the cemetery will be found the KANCHANABURI MEMORIAL, recording the names of 11 men of the army of undivided India buried in Muslim cemeteries in Thailand, where their graves could not be maintained.