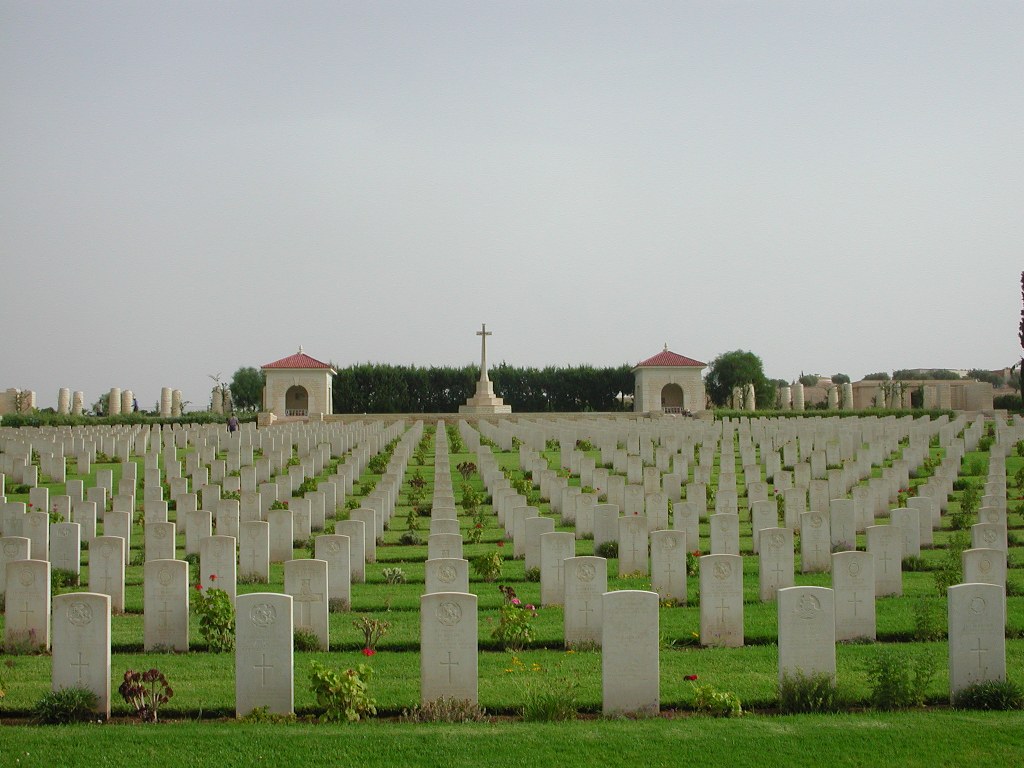 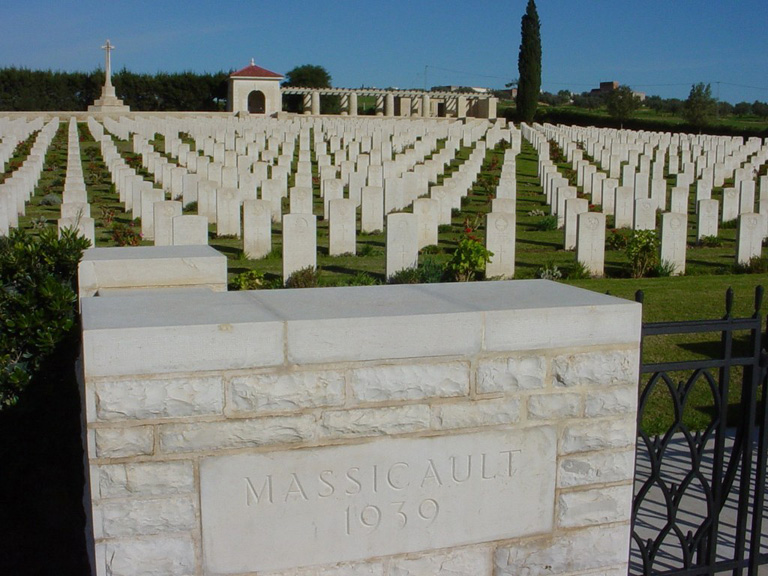 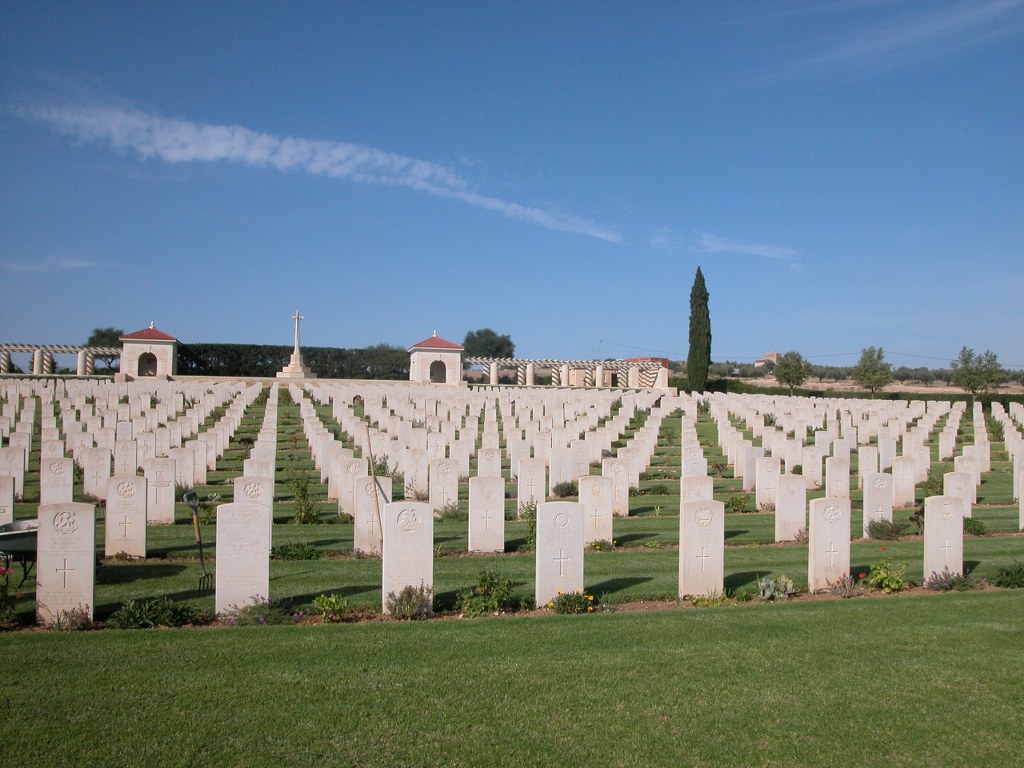 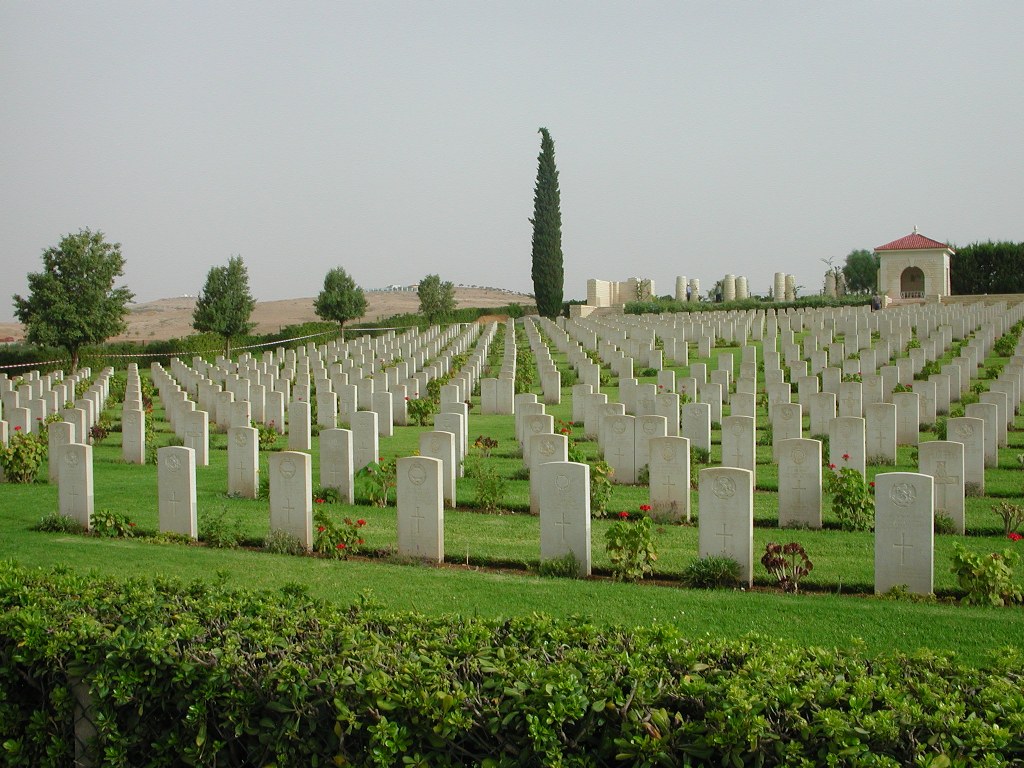 The cemetery gates are not locked, so it is possible to visit the cemetery at all times, including Saturdays and Sundays. However, the register and visitors' book will not be available outside working hours, as they are kept locked in the gardeners tool shed. The gardeners hours of work are:

In May 1943, the war in North Africa came to an end in Tunisia with the defeat of the Axis powers by a combined Allied force. The campaign began on 8 November 1942, when Commonwealth and American troops made a series of landings in Algeria and Morocco. The Germans responded immediately by sending a force from Sicily to northern Tunisia, which checked the Allied advance east in early December. Meanwhile, in the south, the Axis forces defeated at El Alamein were withdrawing into Tunisia along the coast through Libya, pursued by the Allied Eighth Army. By mid April 1943, the combined Axis force was hemmed into a small corner of north-eastern Tunisia and the Allies were grouped for their final offensive. Many of those buried at Massicault War Cemetery died in the preparation for the final drive to Tunis in April 1943 and in that advance at the beginning of May. The cemetery contains 1,576 Commonwealth burials of the Second World War, 130 of them unidentified.