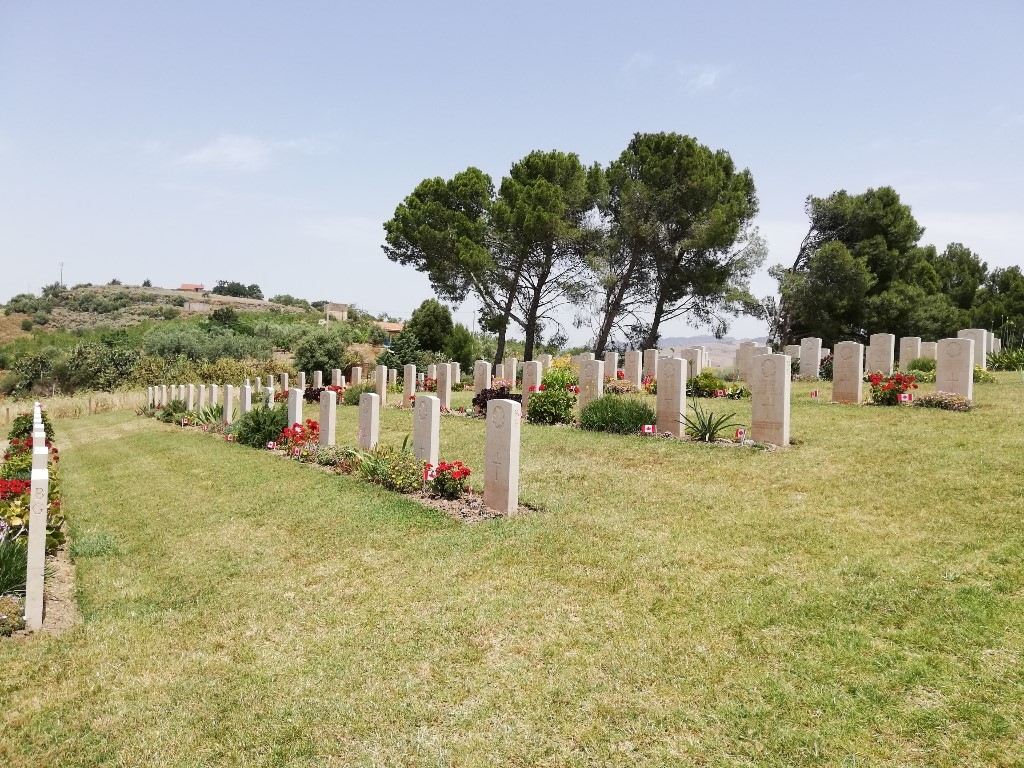 Agira Canadian War Cemetery lies in the Commune of Agira, Province of Enna, in the centre of Sicily. From the autostrada A19, Catania-Palermo, take the exit to Catenanuova. Follow signposts to Regalbuto, then pass Regalbuto, going in the direction of Agira. The Cemetery is then signposted about 12 kilometres from Regalbuto. Alternatively, leave the A19 at Agira and the cemetery can be seen from this exit. Cemetery address: Contrada Pennino Buterno, 2 - 94011, Agira (EN), Sicily. GPS Co-ordinates: Latitude: 37.6549115, Longitude: 14.55086

The cemetery is steeply terraced with numerous steps, making wheelchair access to this site impossible.

The cemetery is permanently open and may be visited anytime. For further information and enquiries please contact enquiries@cwgc.org

On 10 July 1943, following the successful conclusion of the north African campaign in mid May, a combined allied force of 160,000 Commonwealth and American troops invaded Sicily as a prelude to the assault on mainland Italy. The Italians, who would shortly make peace with the Allies and re-enter the war on their side, offered little determined resistance but German opposition was vigorous and stubborn. The campaign in Sicily came to an end on 17 August when the two allied forces came together at Messina, but failed to cut off the retreating Axis lines. Agira was taken by the 1st Canadian Division of 28 July and the site for the war cemetery was chosen in September for the burial of all Canadians who had been killed in the Sicily campaign. Agira Canadian War Cemetery contains 490 Commonwealth burials of the Second World War.