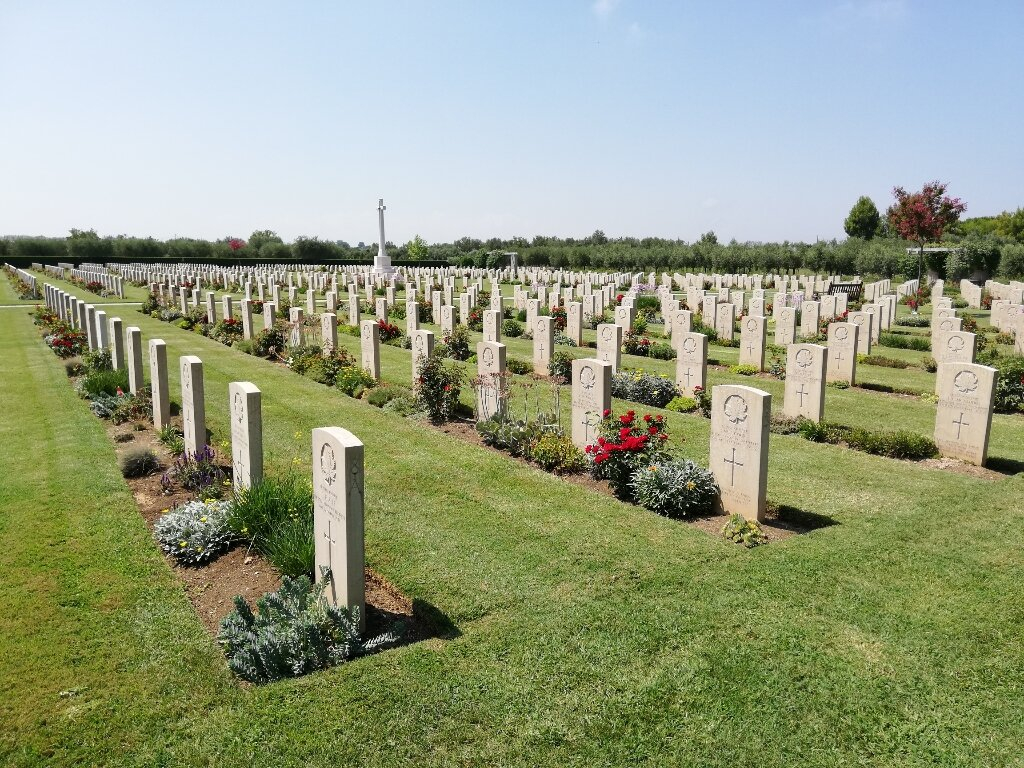 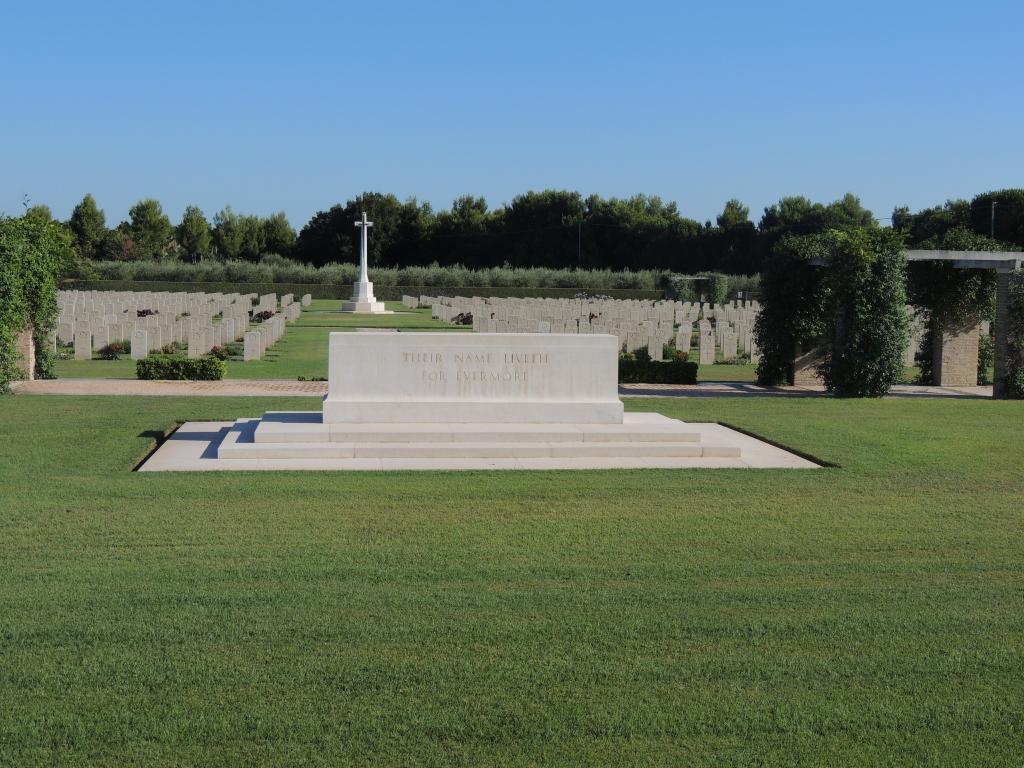 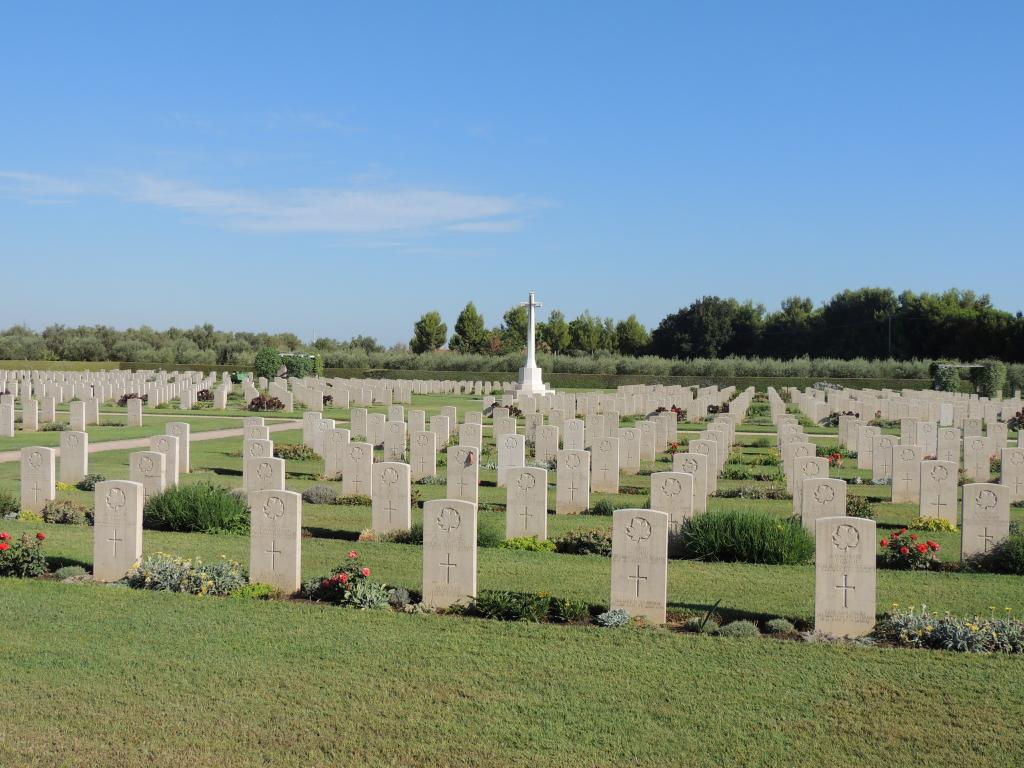 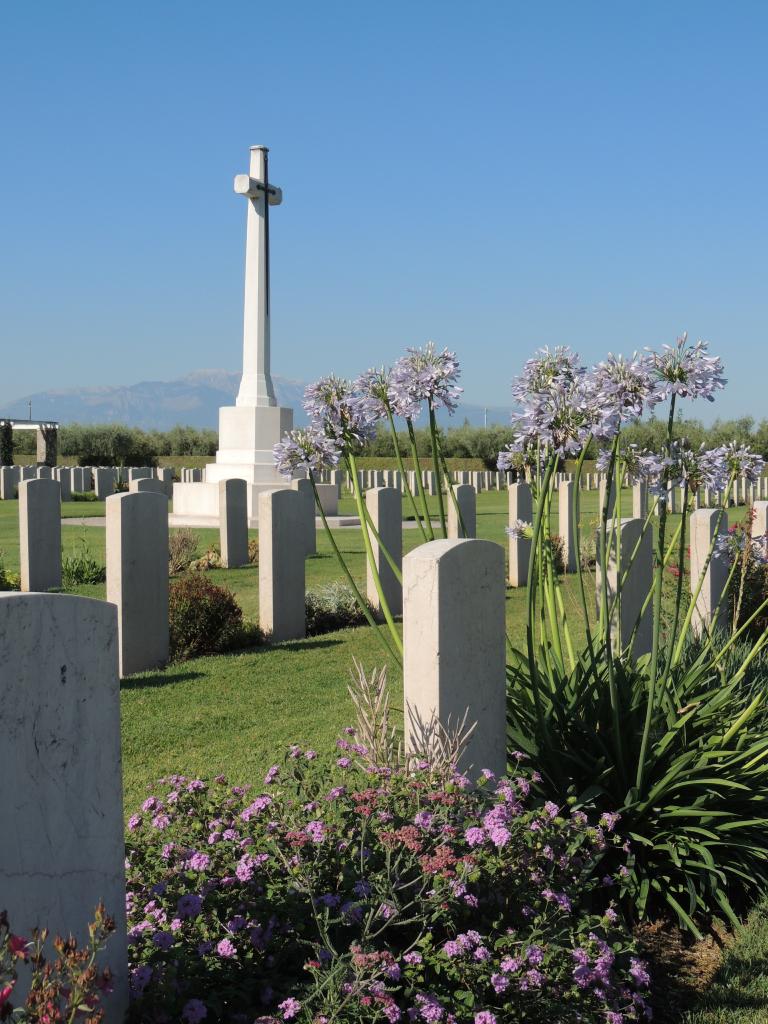 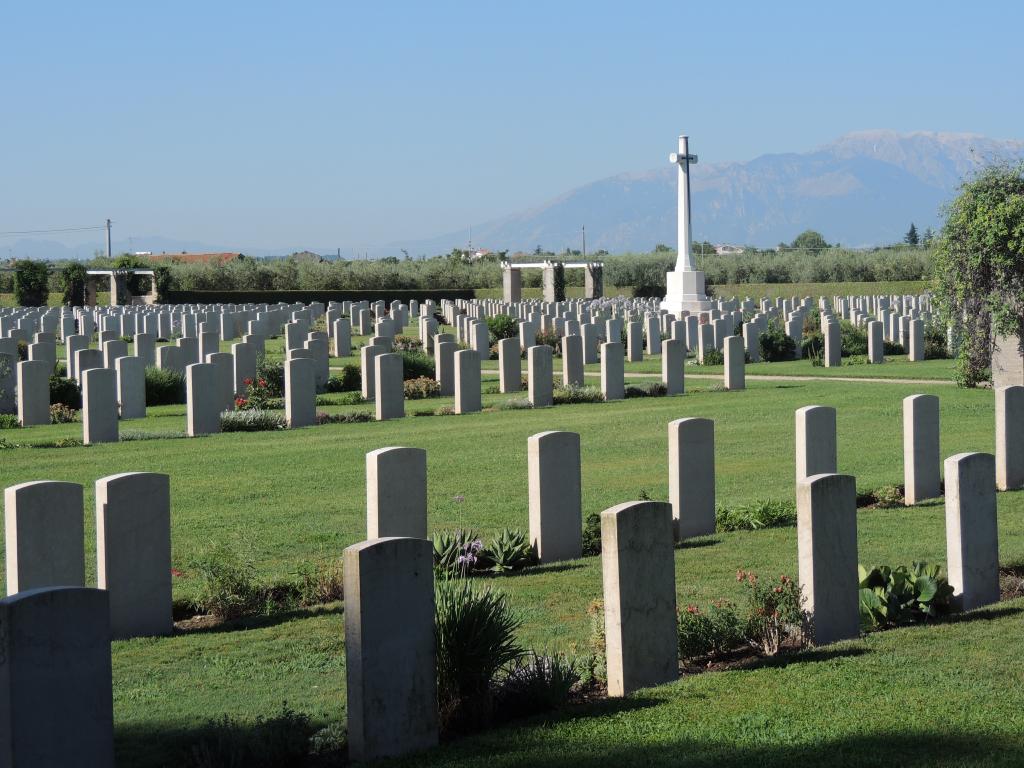 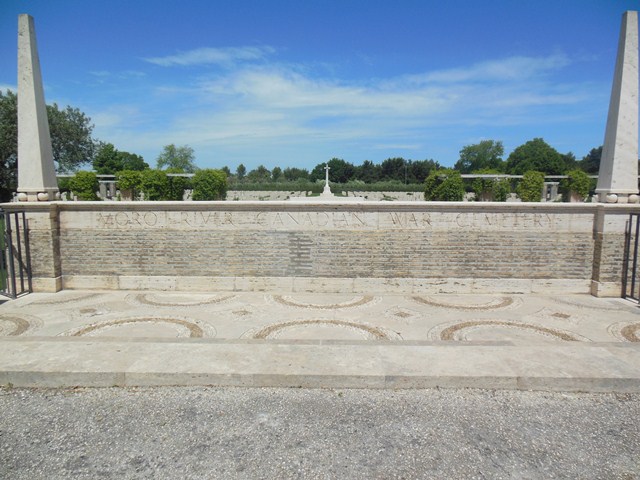 The Moro River Canadian War Cemetery lies in the locality of San Donato in the Commune of Ortona, Province of Chieti, and is sited on high ground near the sea just east of the main Adriatic coast road (SS16). The cemetery can be reached from Rome on the autostrada A25 (Rome-Pescara) by branching on the autostrada A14 and leaving it at Ortona. The approach road to the cemetery from the main road passes under an arch forming part of the little church of San Donato. Cemetery address: Contrada San Donato - 66028 Ortona Porto (CH) Abruzzo. GPS Co-ordinates: Latitude: 42.336403, Longitude: 14.416677.

On 3 September 1943 the Allies invaded the Italian mainland, the invasion coinciding with an armistice made with the Italians who then re-entered the war on the Allied side. Allied objectives were to draw German troops from the Russian front and more particularly from France, where an offensive was planned for the following year. Progress through southern Italy was rapid despite stiff resistance, but by the end of October, the Allies were facing the German winter defensive position known as the Gustav Line, which stretched from the river Garigliano in the west to the Sangro in the east. The Allied force that had fought its way up the Adriatic took the Sangro river positions by 30 November. The 1st Canadian Division went on to cross the Moro river on 6 December against stiff opposition, and to take Ortona on the 28th, after a week of bitter street fighting. The 2nd New Zealand division made some advances further inland but thereafter, there was virtually no movement east of the Appennines until after the fall of Rome. The site of the cemetery was chosen by the Canadian Corps in January 1944. It contains the graves of those who died during that fighting at Moro river and Ortona, and during the weeks that preceded and followed it. In December 1943 alone, the 1st Canadian Division suffered over 500 fatal battle casualties. Burials other than those of members of the Canadian forces are almost all in plots 12, 13 and 16. Moro River Canadian War Cemetery contains 1,615 Commonwealth burials of the Second World War.