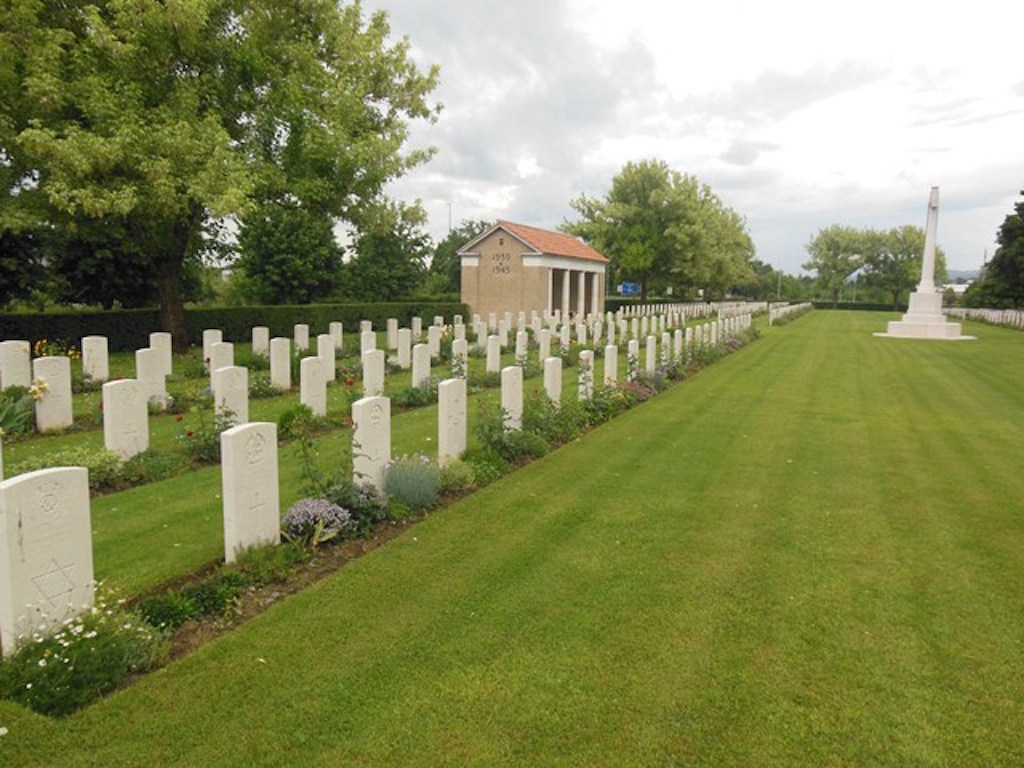 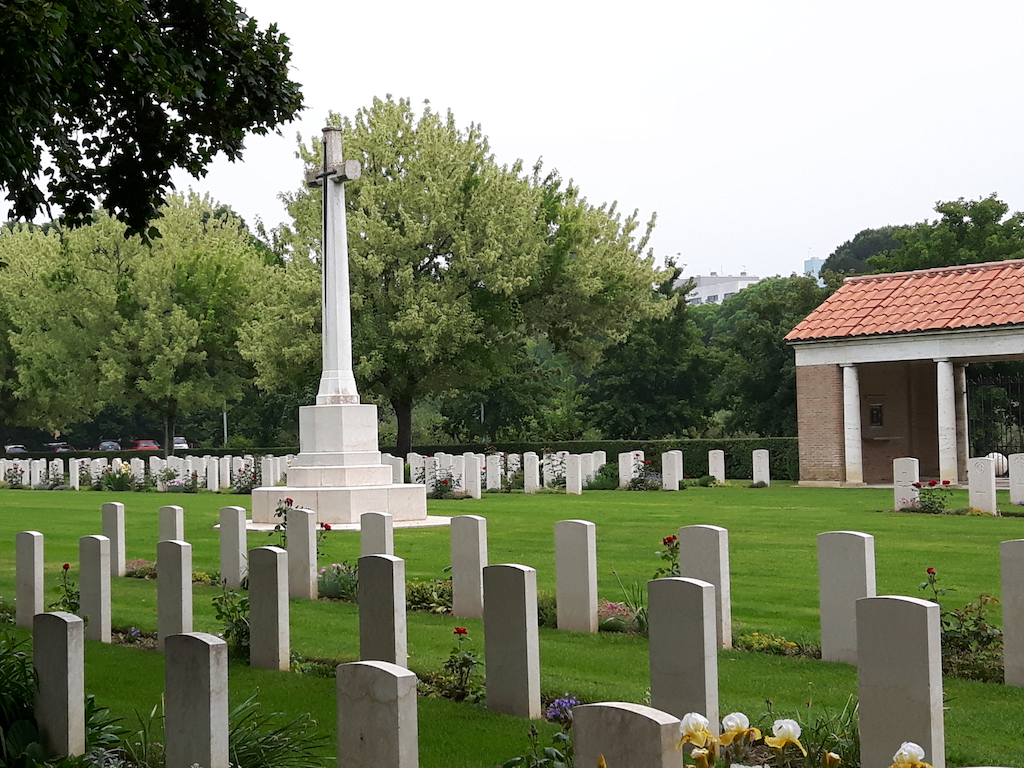 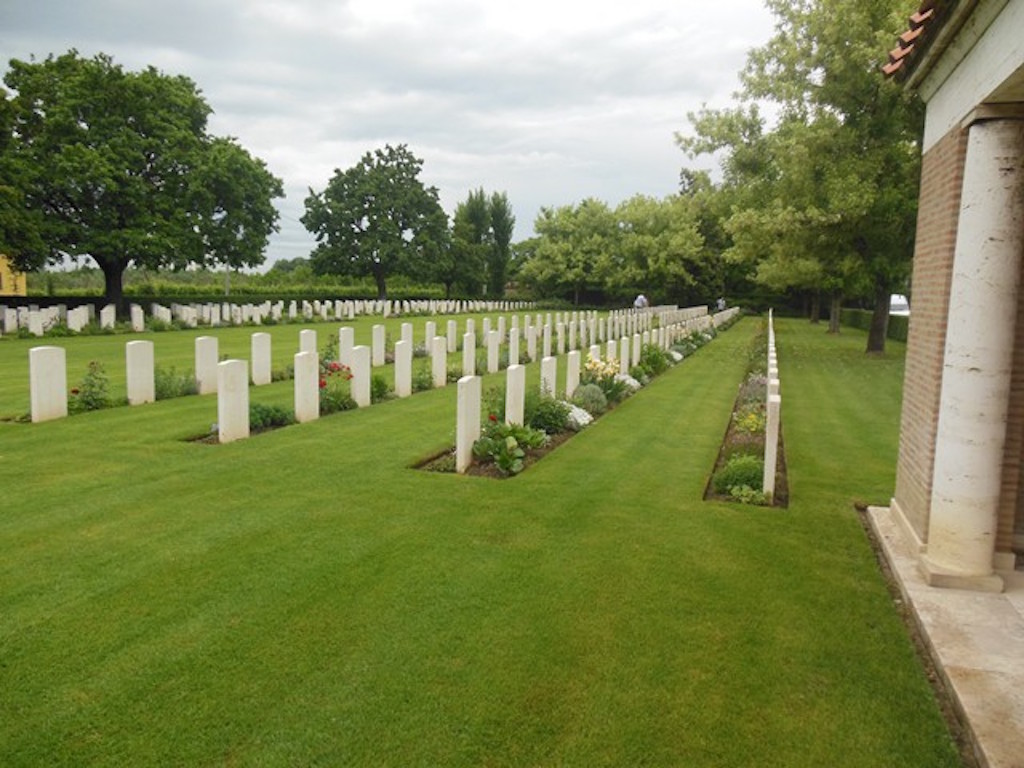 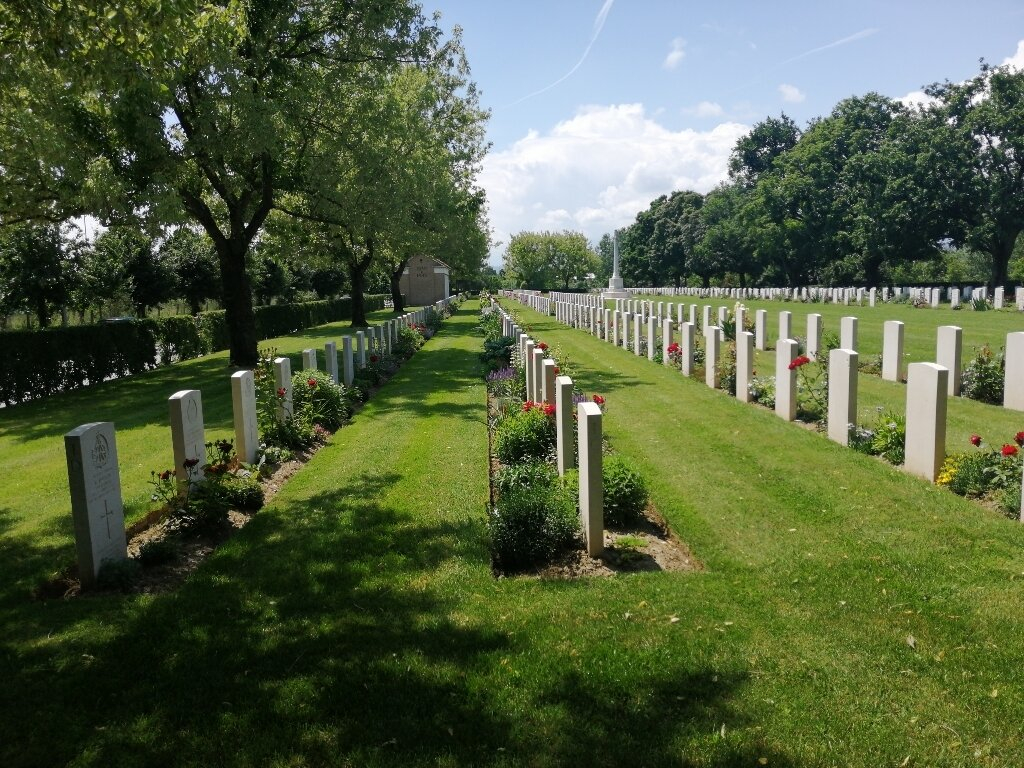 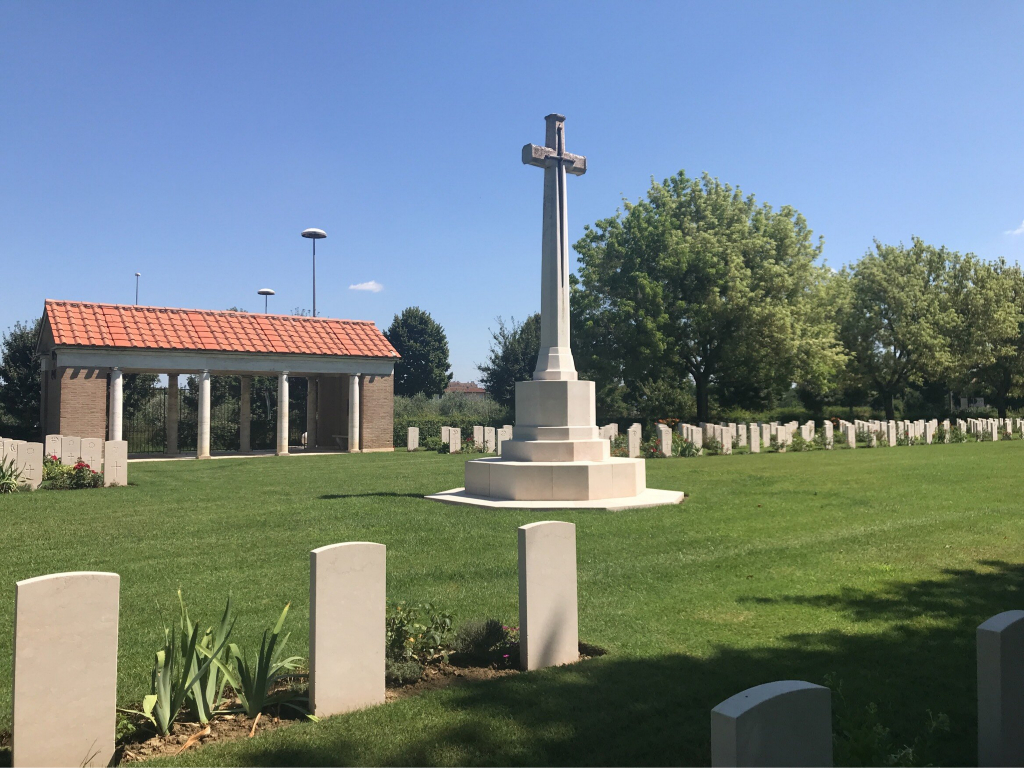 The cemetery is in Vecchiazzano, a small village very close to Forli. Take the autostrada A14 and exit at Forli. Follow the road signs for the hospital (ospedale) and to the first aid center (pronto soccorso). At the last roundabout after via Forlanini before the first aid center turn left and the cemetery will be on your right after 50m. If travelling by train, the nearest station is Forli, from which a taxi can be taken. Visitors can also use public transport, the number 2 bus can be taken from the station to the Vecchiazzano hospital which is a 300 metre walk from the cemetery. Cemetery address: via Caduti delle Forze Alleate, 47121 Forli. GPS Co-ordinates: Latitude: 44.205164, Longitude: 12.014418.

The cemetery site was selected soon after the Eighth Army took Forli in November 1944 and graves were brought into it from the surrounding battlefields. Many of those buried there lost their lives in the heavy fighting between Rimini and Ravenna which took place in appalling weather in October-December 1944.

Forli War Cemetery contains 738 Commonwealth burials of the Second World War, 4 of which are unidentifed.