There has been reported antisocial activity in the vicinity of the cemetery therefore all visitors are strongly advised to take care and not carry any valuables when visiting the site. 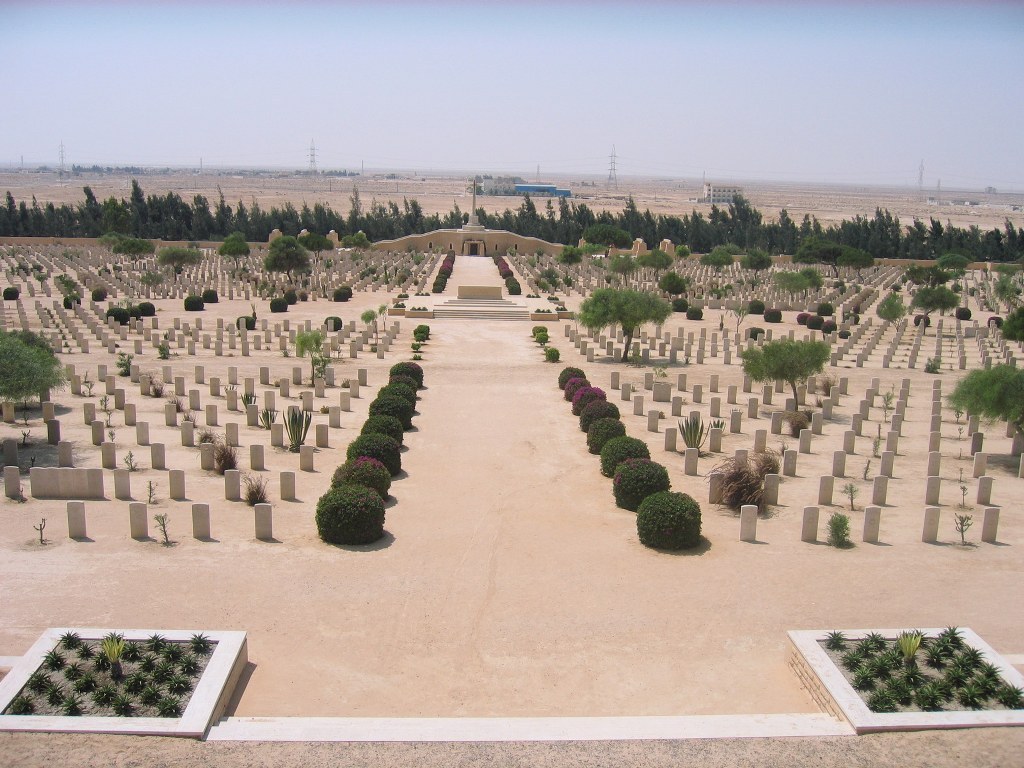 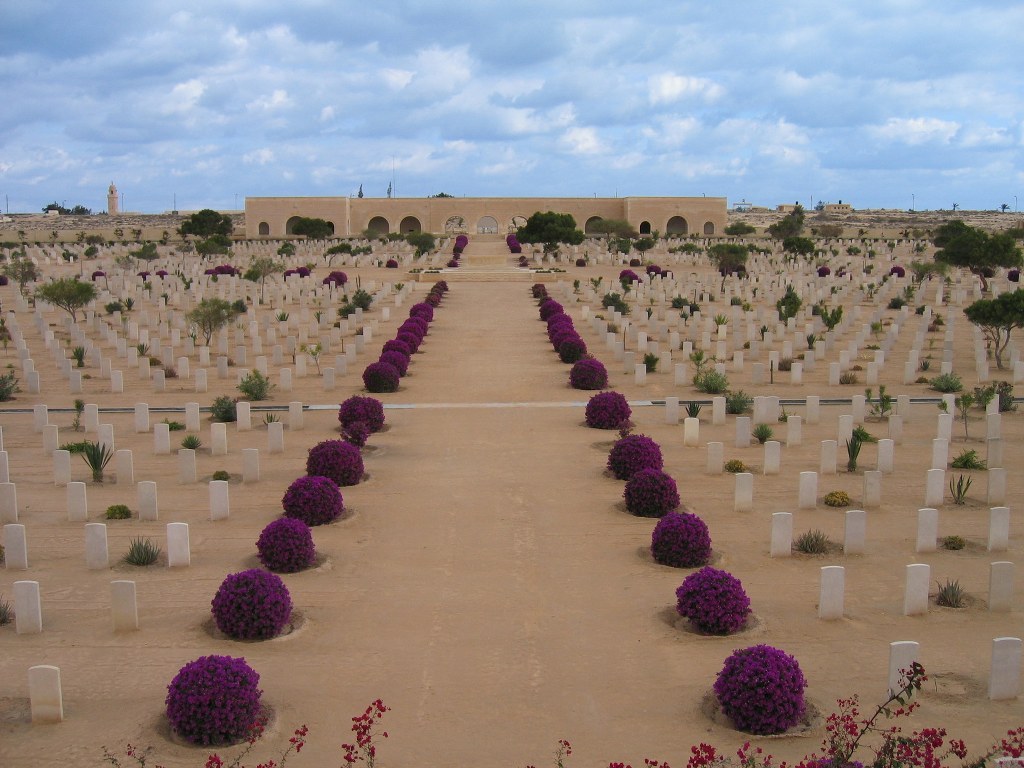 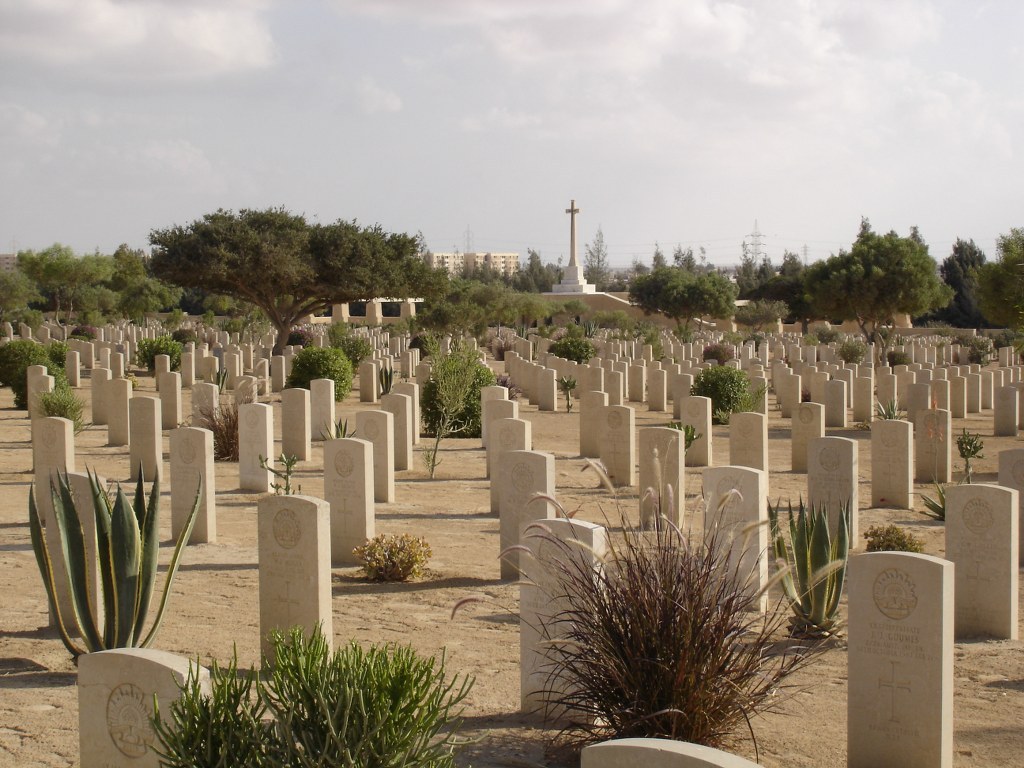 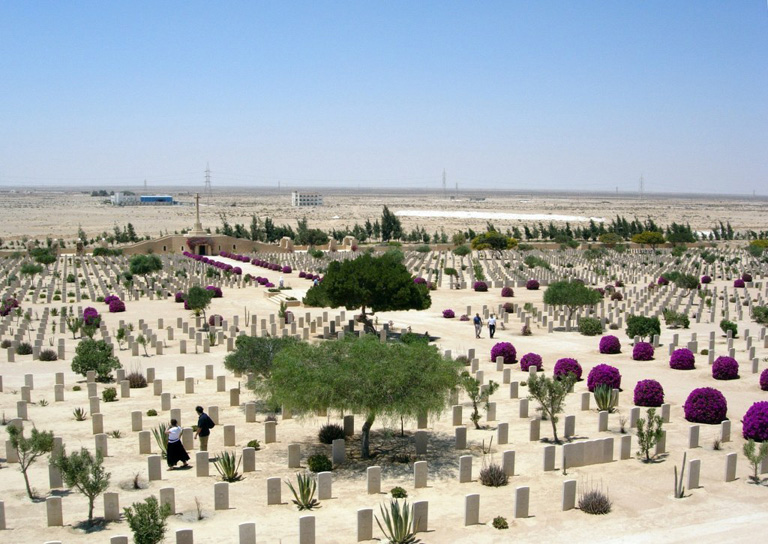 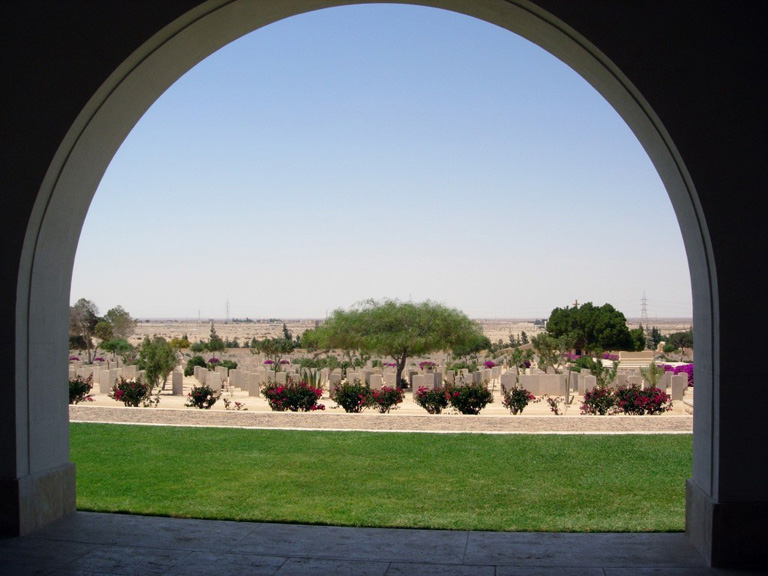 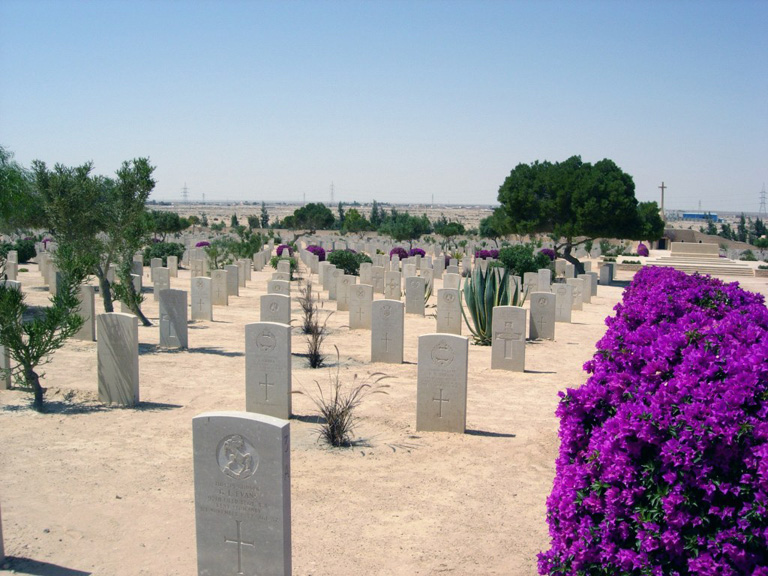 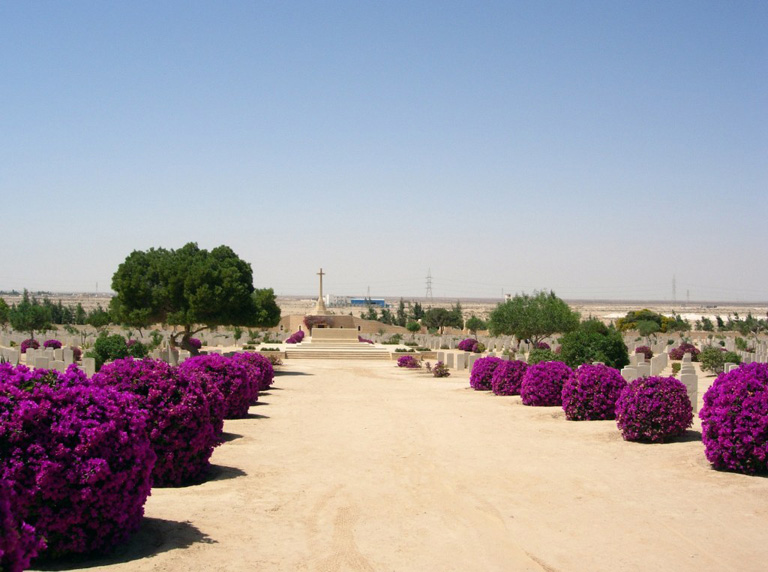 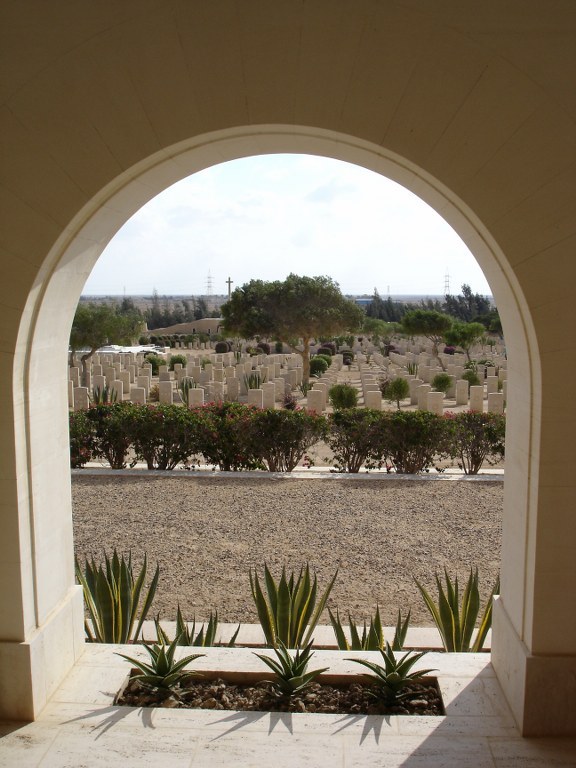 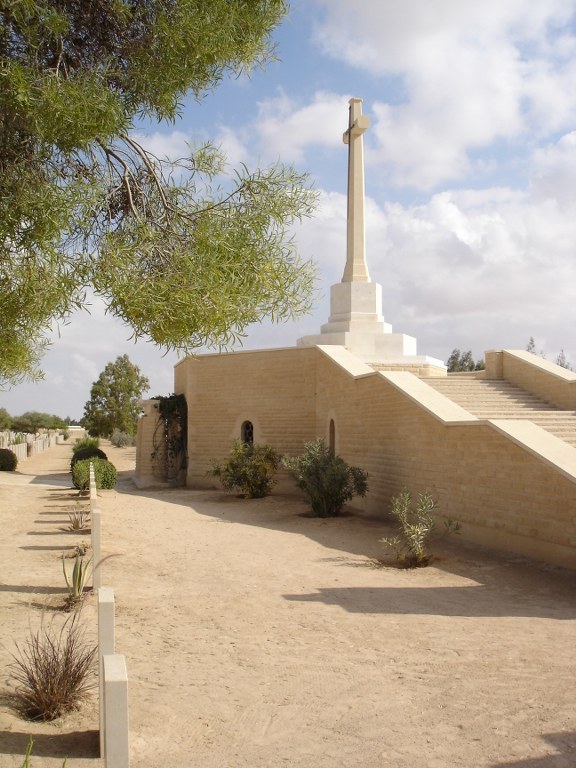 Alamein is a village, bypassed by the main coast road, approximately 130 kilometres west of Alexandria on the road to Mersa Matruh. The first Commission road direction sign is located just beyond the Alamein police checkpoint and all visitors should turn off from the main road onto the parallel old coast road. The cemetery lies off the road, slightly beyond a ridge, and is indicated by road direction signs approximately 25 metres before the low metal gates and stone wing walls which are situated centrally at the road edge at the head of the access path into the cemetery. The Cross of Sacrifice feature may be seen from the road.

The cemetery is open every day from 07:00 - 17:00. Visitors should note that when the gardeners leave the site at 14:30 the visitors book and register book are also removed.

Between 14:30 and 17:00 there is a police guard outside the cemetery. Visitors arriving between these times will be given access, but should bear in mind the absence of the books.

The campaign in the Western Desert was fought between the Commonwealth forces (with, later, the addition of two brigades of Free French and one each of Polish and Greek troops) all based in Egypt, and the Axis forces (German and Italian) based in Libya. The battlefield, across which the fighting surged back and forth between 1940 and 1942, was the 1,000 kilometres of desert between Alexandria in Egypt and Benghazi in Libya. It was a campaign of manoeuvre and movement, the objectives being the control of the Mediterranean, the link with the east through the Suez Canal, the Middle East oil supplies and the supply route to Russia through Persia. EL ALAMEIN WAR CEMETERY contains the graves of men who died at all stages of the Western Desert campaigns, brought in from a wide area, but especially those who died in the Battle of El Alamein at the end of October 1942 and in the period immediately before that. The cemetery now contains 7,240 Commonwealth burials of the Second World War, of which 815 are unidentified. There are also 102 war graves of other nationalities. The ALAMEIN CREMATION MEMORIAL, which stands in the south-eastern part of El Alamein War Cemetery, commemorates more than 600 men whose remains were cremated in Egypt and Libya during the war, in accordance with their faith. The entrance to the cemetery is formed by the ALAMEIN MEMORIAL. The Land Forces panels commemorate more than 8,500 soldiers of the Commonwealth who died in the campaigns in Egypt and Libya, and in the operations of the Eighth Army in Tunisia up to 19 February 1943, who have no known grave. It also commemorates those who served and died in Syria, Lebanon, Iraq and Persia. The Air Forces panels commemorate more than 3,000 airmen of the Commonwealth who died in the campaigns in Egypt, Libya, Syria, Lebanon, Iraq, Greece, Crete and the Aegean, Ethiopia, Eritrea and the Somalilands, the Sudan, East Africa, Aden and Madagascar, who have no known grave. Those who served with the Rhodesian and South African Air Training Scheme and have no known grave are also commemorated here. The cemetery was designed by Sir J. Hubert Worthington.