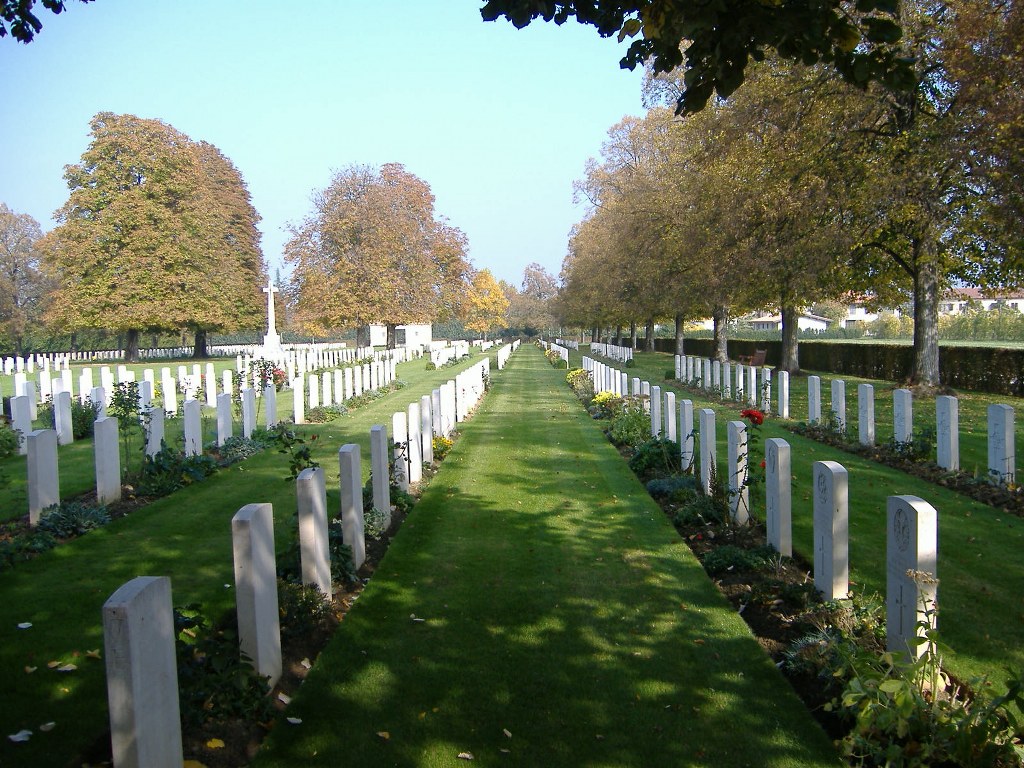 Take the Bologna-Ancona autostrada A14 and exit at Faenza. Follow the signs for the town centre and after the bridge over the railway turn left following the sign to Forli (via delle Ceramiche). Then turn right at the second traffic light and follow the street (via Mura Mittarelli) until the bridge over the river. Take the bridge and turn right immediatly after it in viaPiazza following the sign to the Cemetery. At the roundabout turn right and go on until you will find the cemetery on your right. If travelling by train, it is recommended to take a taxi from Faenza train station to the cemetery, a journey of approximately 10 minutes. Cemetery address: Via Santa Lucia, 14 - 48018 Faenza (RA) Emilia Romagna. GPS Co-ordinates: Latitude: 44.275319, Longitude: 11.891563.

On 3 September 1943 the Allies invaded the Italian mainland, the invasion coinciding with an armistice made with the Italians who then re-entered the war on the Allied side. Following the fall of Rome to the Allies in June 1944, the German retreat became ordered and successive stands were made on a series of defensive lines. In the northern Appenine mountains the last of these, the Gothic Line, was breached by the Allies during the Autumn campaign and the front inched forward as far as Ravenna in the Adratic sector, but with divisions transferred to support the new offensive in France, and the Germans dug in to a number of key defensive positions, the advance stalled as winter set in. The war cemetery at Faenza was formed during these months for the burial of those who were killed in the static fighting before the Allied advance was renewed in April 1945. Faenza War Cemetery contains 1,152 Commonwealth burials of the Second World War, 13 of which are unidentified.