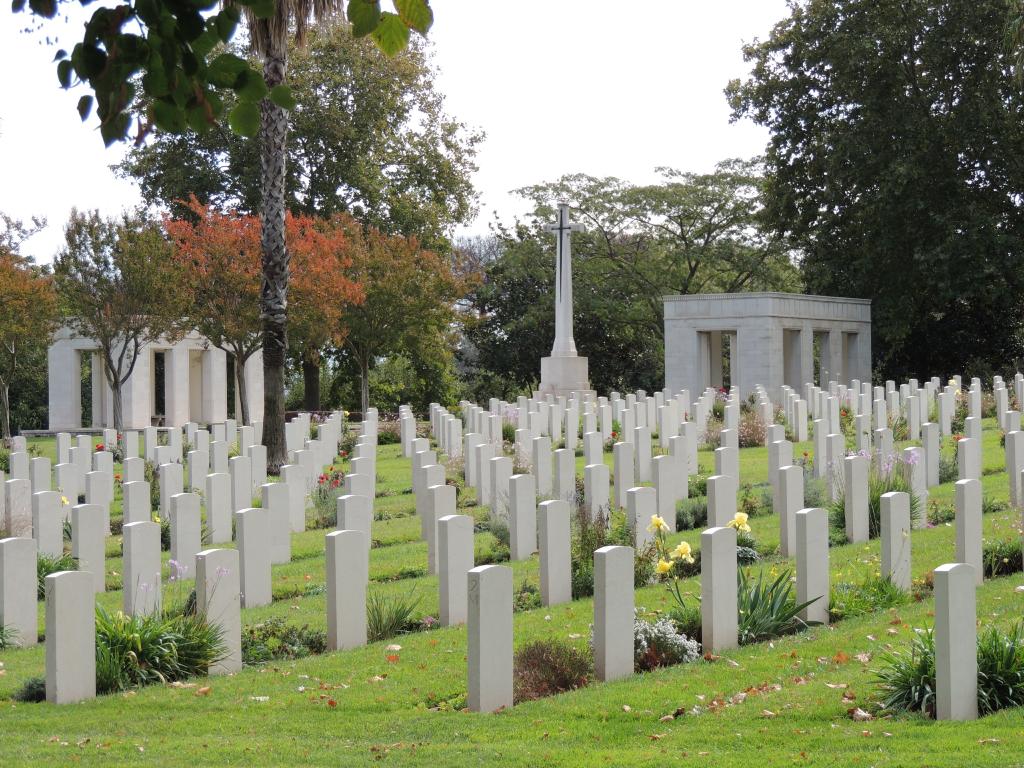 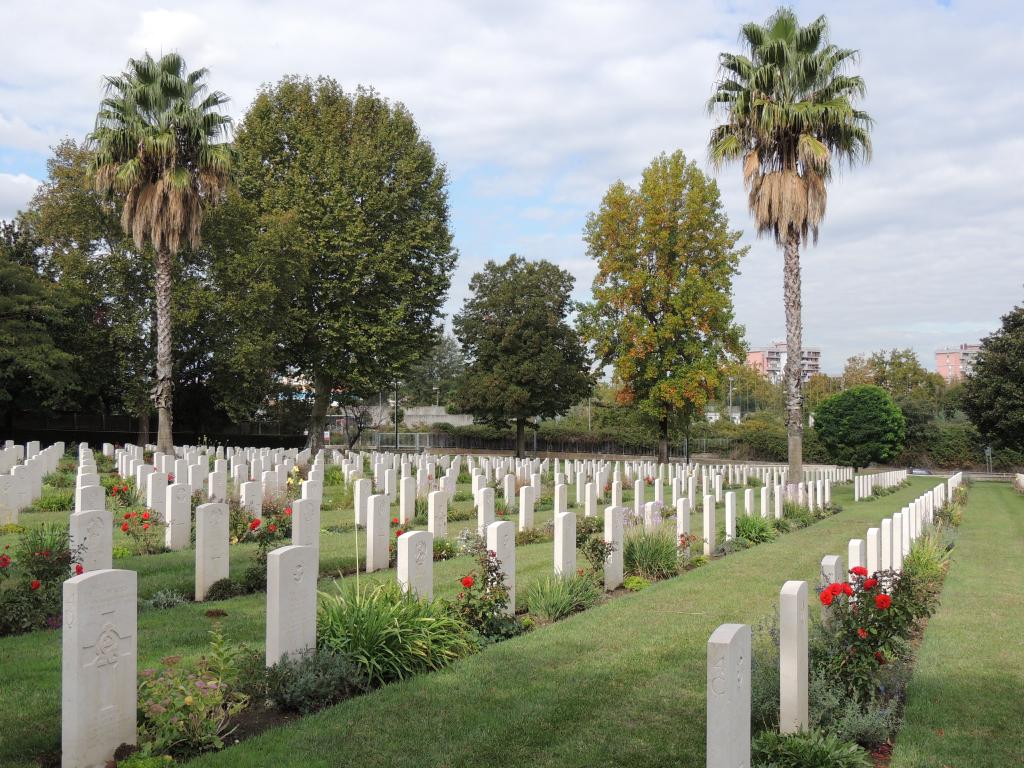 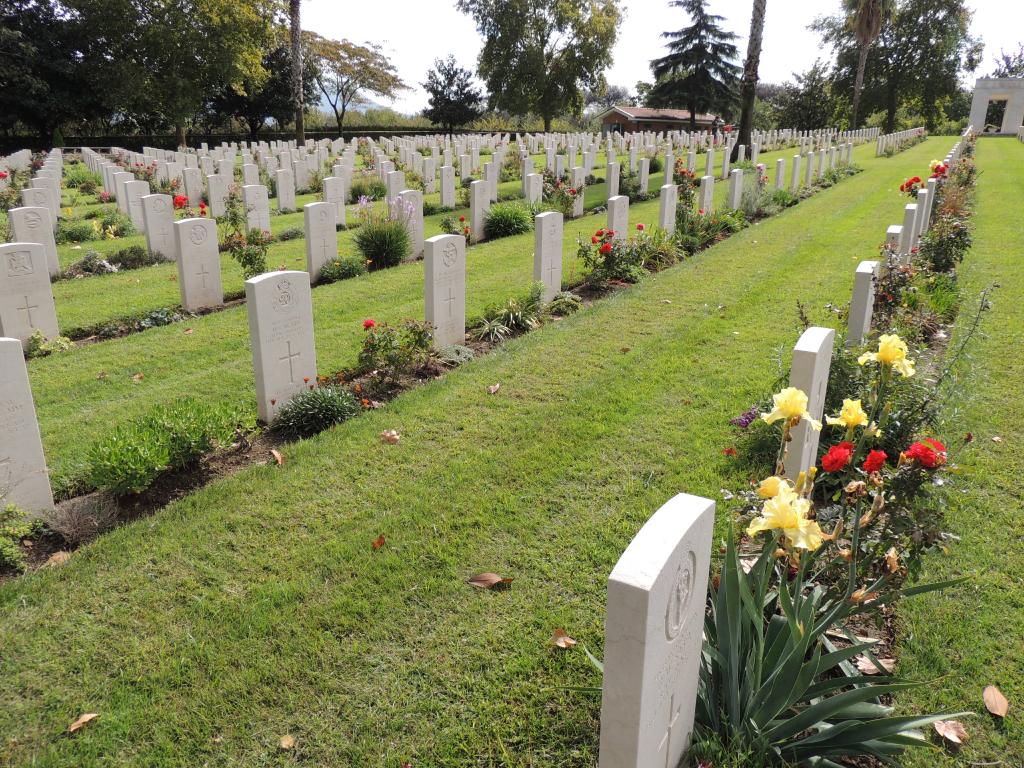 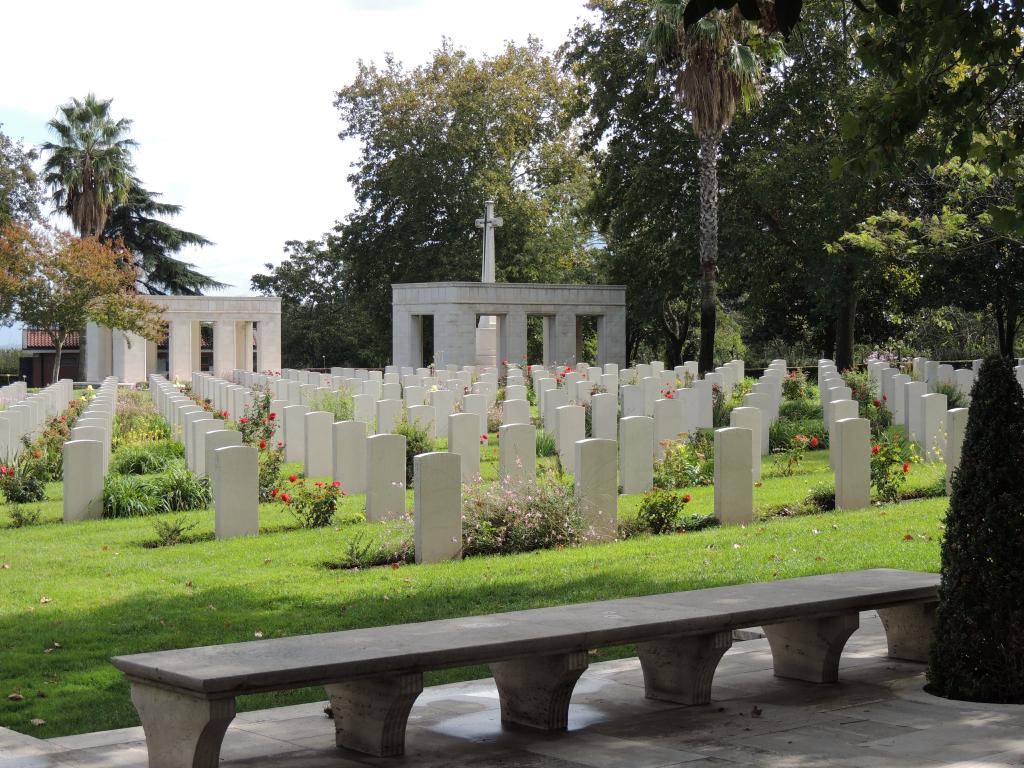 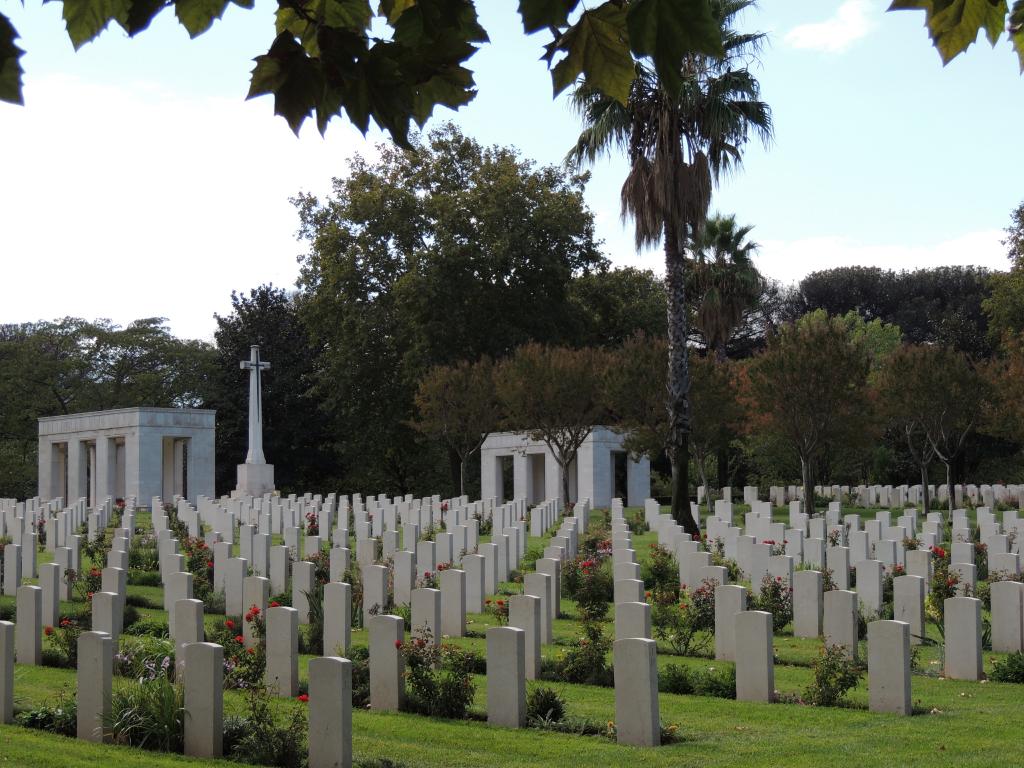 The War Cemetery lies in the locality of Miano at Via Vincenzo Ianfolla, off the Corso Secondigliano, in the Commune and the metropolitan city of Naples. Take the autostrada A1, the Rome to Naples road. After the last toll booth, carry on following the signs for the airport. Pass the end of the airport approach road and turn right at the next T junction, following the main road for about 4 kilometres. Cemetery address: Via Vincenzo Janfolla - 80145 Miano (NA) Campania. GPS Co-ordinates: Latitude: 40.88497, Longitude: 14.24000.

Please note that Naples War Cemetery is located in an area where there have been a number of reported robberies. The Commission cannot accept responsibility for any incident which might occur during a visit. Visitors are advised to give great consideration to the safeguarding of themselves and their belongings when planning and during a visit to the cemetery.

The 65th and 92nd General Hospitals were in Naples from late in 1943 until the end of the war, also the 67th General Hospital for the greater part of that time. The site for the war cemetery was chosen in November 1943 and burials were made in it from the hospitals and garrison. Later graves were brought in from a number of small cemeteries in the immediate vicinity.

Naples War Cemetery contains 1,202 Commonwealth burials of the Second World War. There are also some non war burials and war graves of other nationalities.