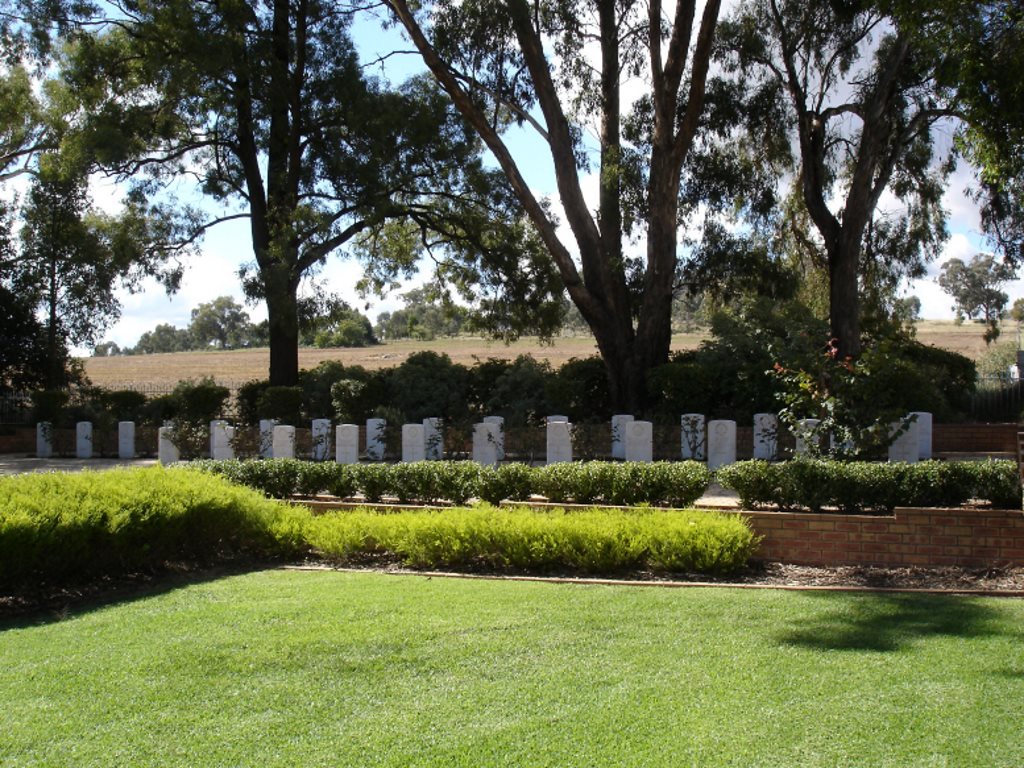 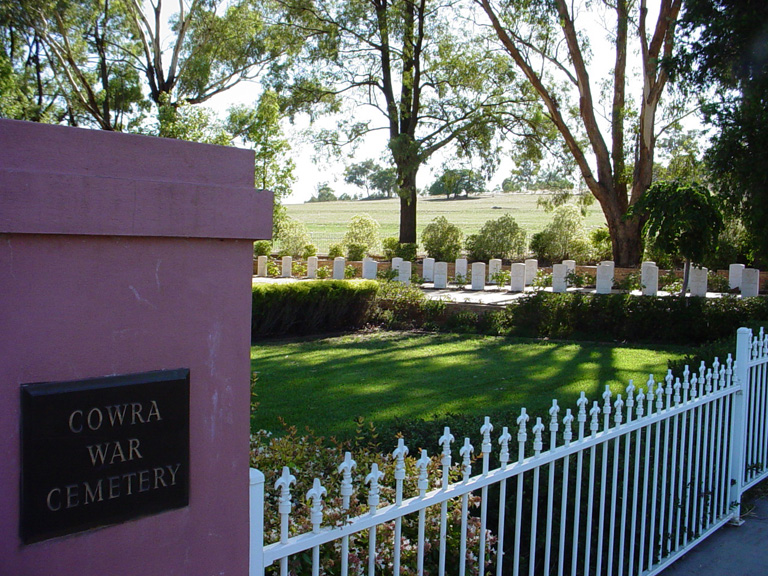 During the Second World War there was a large camp for Japanese prisoners of war at Cowra, which was the scene of a mass break out in August 1944. Two men of the Australian military forces who lost their lives during the incident were awarded (posthumously) the George Cross.

The war cemetery is situated within COWRA GENERAL CEMETERY, which itself contains one First World War burial and six from the Second World War.