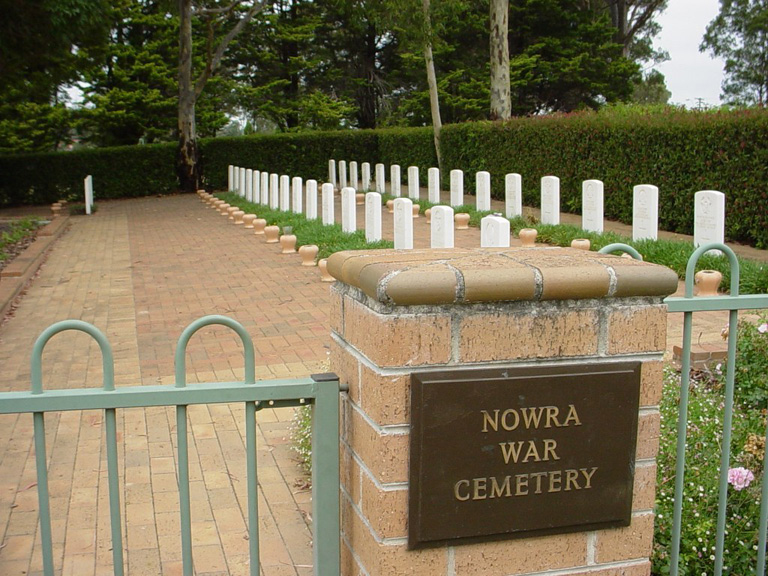 Although in the district called South Coast, Nowra is actually on the south-eastern coast of the continent at the mouth of the Shoalhaven River. It is on Princes Highway, 101 miles by road south-south-west of Sydney. Both Nowra General and War Cemeteries are situated on the corner of Kalander Street and Princes Highway, a mile south of Nowra post office. During the early part of the war the Military Authorities arranged for ground to be set aside especially for service war graves.