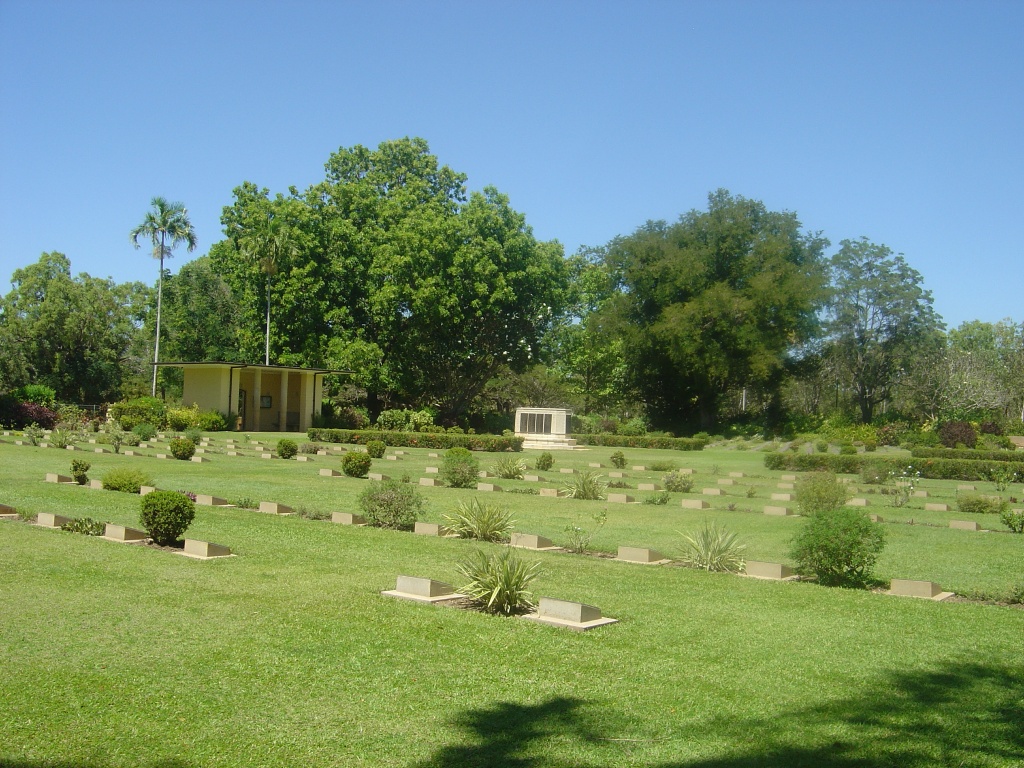 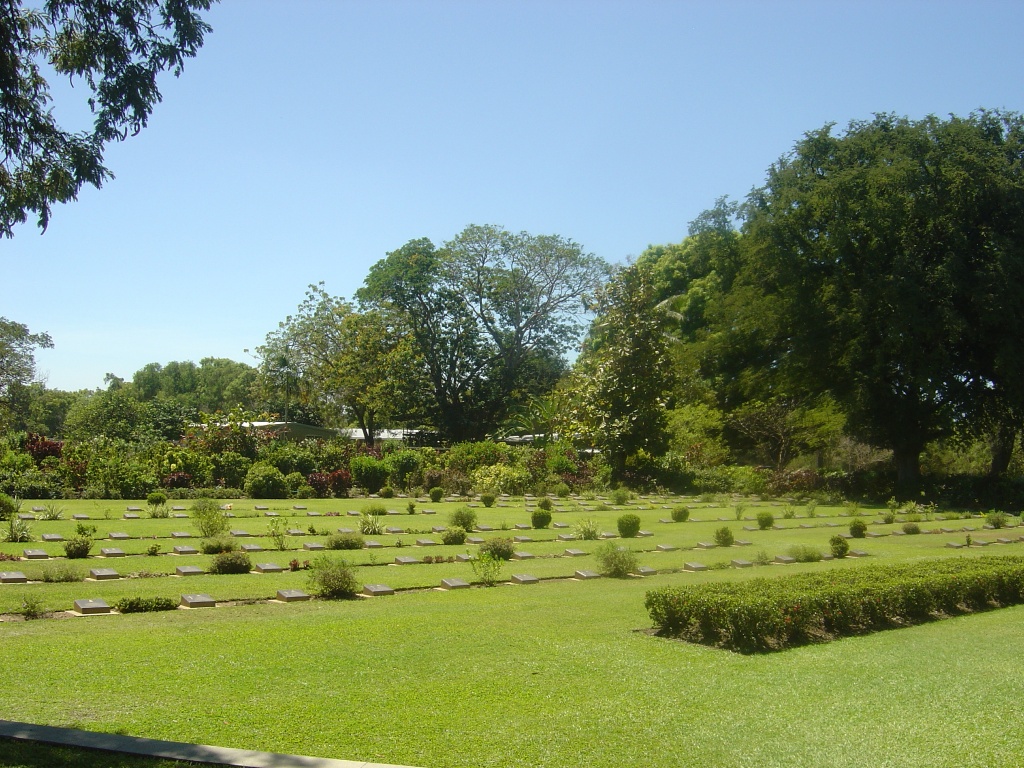 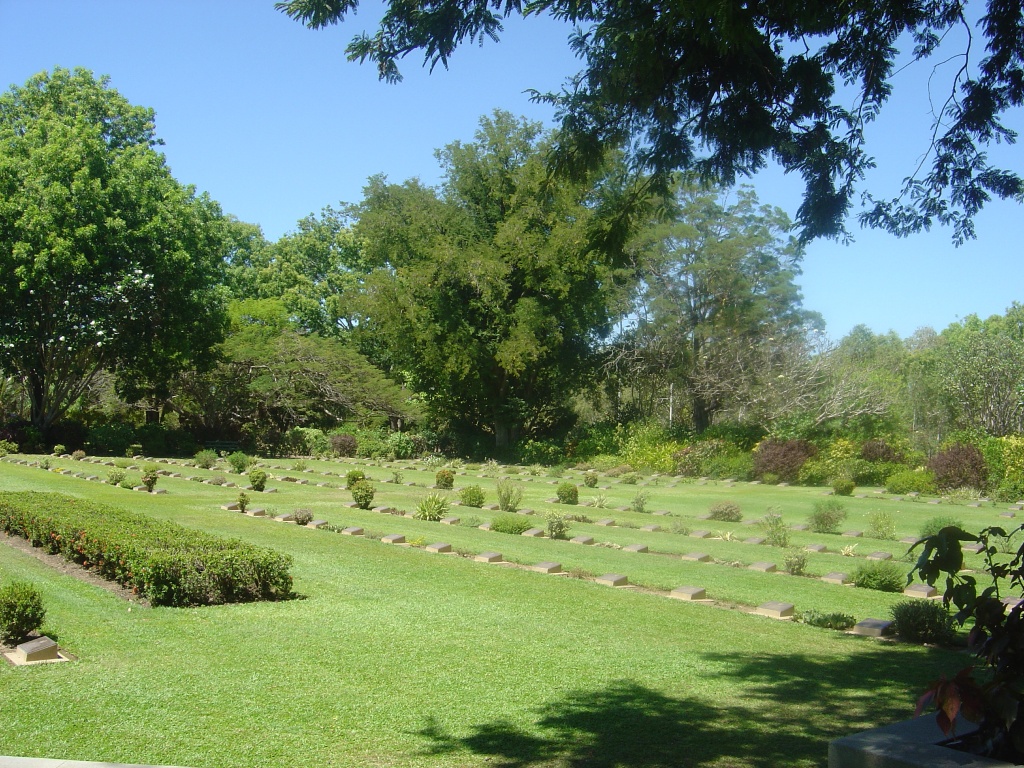 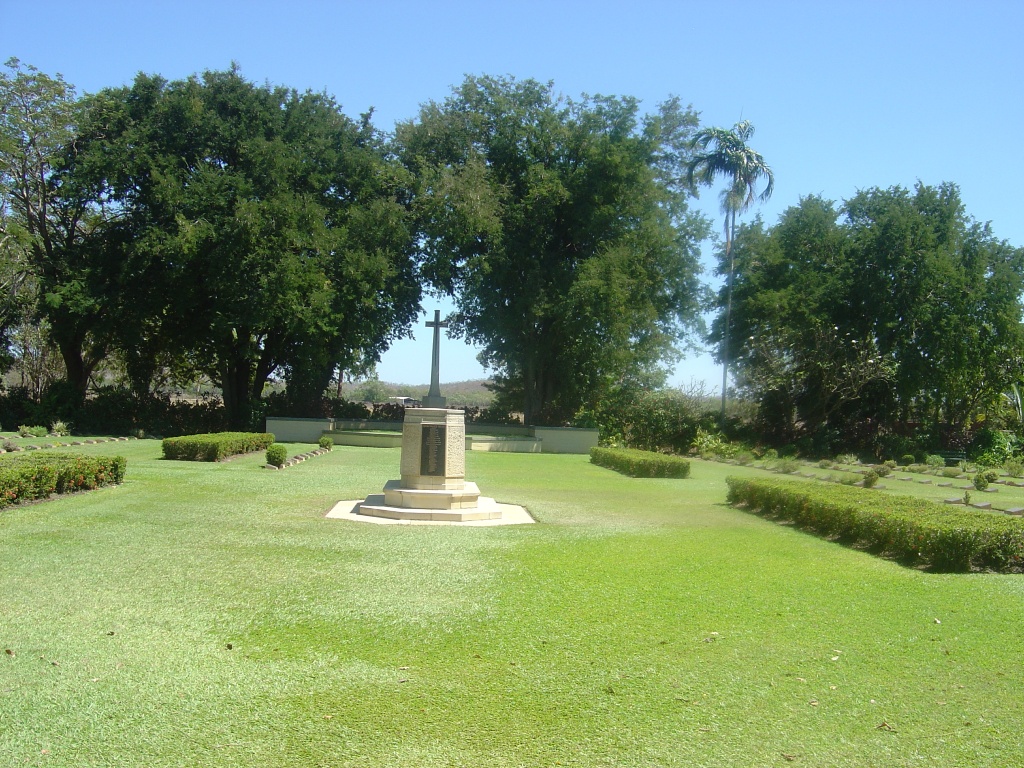 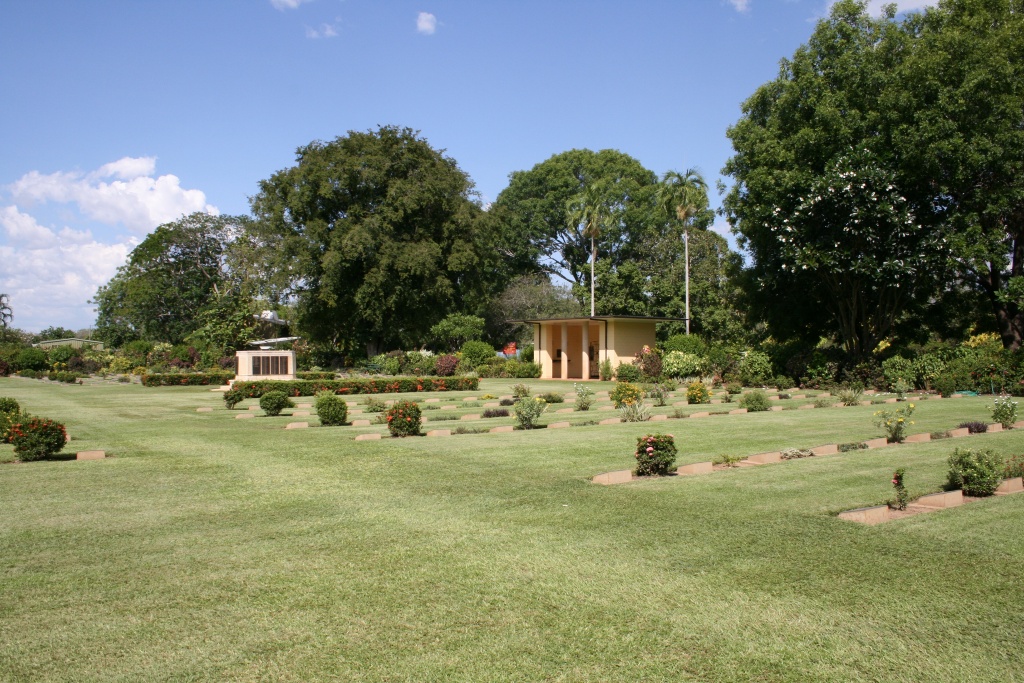 Adelaide River is a township lying 116 kilometres south of Darwin, on the main north-south road from the capital to the railhead at Alice Springs. The War Cemetery adjoins the civil cemetery, and is situated in savannah country about 1 kilometre from the Stuart Highway, in a short road which runs parallel to, and 100 metres from, the Adelaide River. Within the cemetery the graves are set in grassed plots in an area contained by a raised concrete kerb.

During the Second World War, Adelaide River was the headquarters of a large base, and the war cemetery was created especially for the burial of servicemen who died in this part of Australia. It was used by Australian General Hospitals Nos. 101, 107, 119, 121 and 129. After the war, the Army Graves Service moved other graves into the site from isolated sites, temporary military burial grounds and various civil cemeteries in the area - these included: Bagot Hospital Cemetery; Berriman Hospital and War Cemeteries; Daly Waters Civil Cemetery; Darwin Public Cemetery; Gove War Cemetery; Hughes Cemetery, Darwin; Katharine Civil and War Cemeteries; Larrimah War Cemetery; Millingimbi War Cemetery; Mount Isa Cemetery, Queensland - just over the border, where No. 74 camp Hospital was set up; South Goulburn Island Mission Cemetery and Truscott War Cemetery.

Within Adelaide River War Cemetery will be found the NORTHERN TERRITORY MEMORIAL, which commemorates members of the Australian Army, the Royal Australian Air Force, the Australian Merchant Navy and the Services Reconnaissance Department who lost their lives in operations in the Timor and Northern Australian regions and in waters adjacent to Australia north of Latitude 20 degrees south, and who have no known grave.