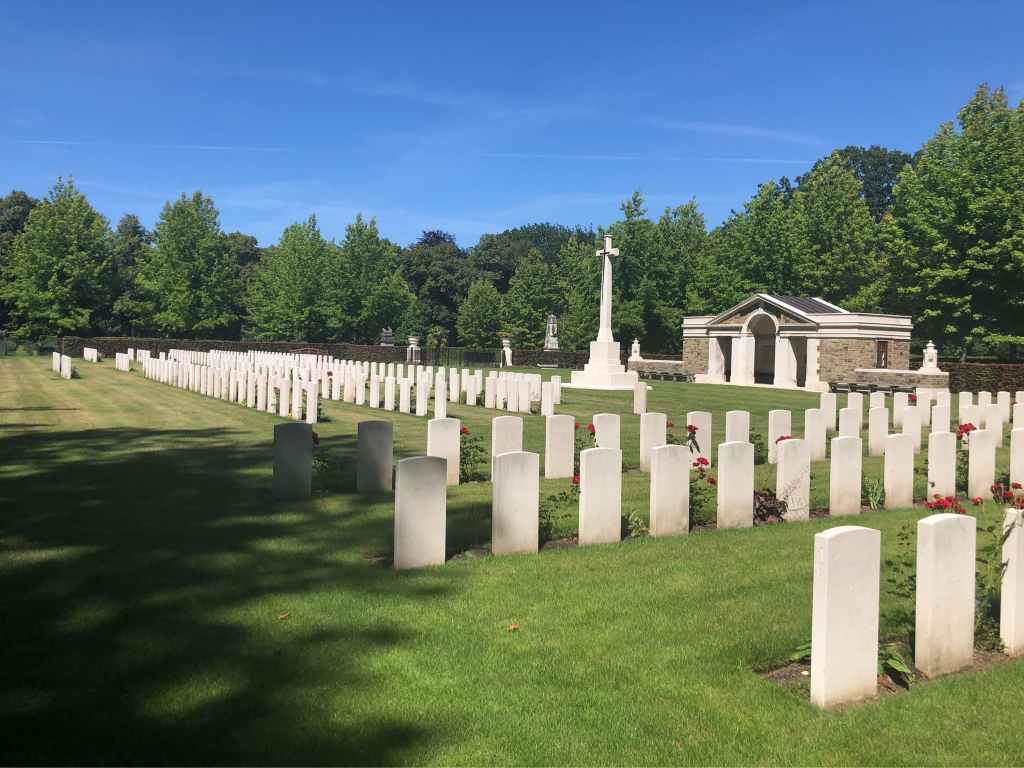 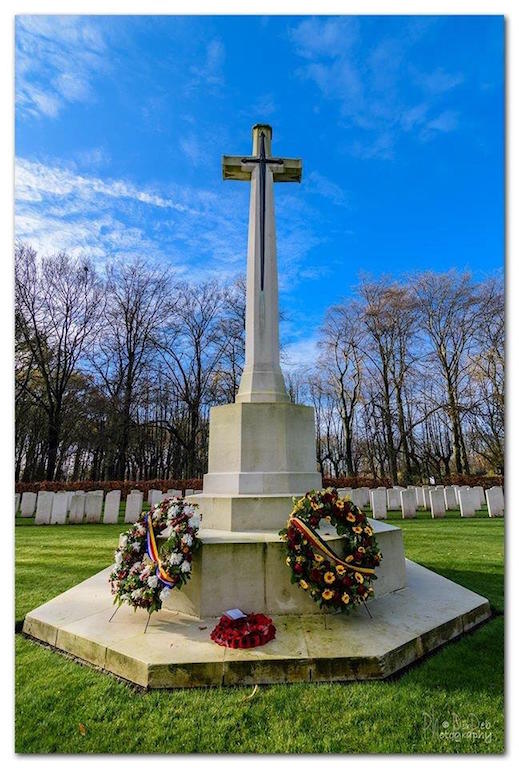 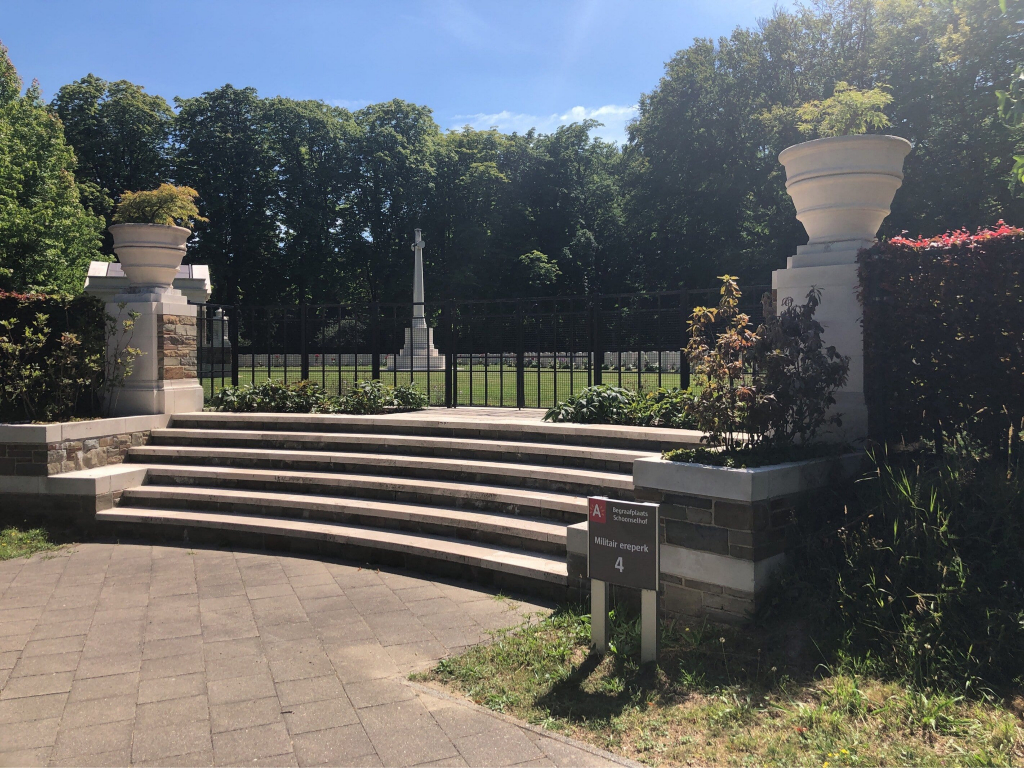 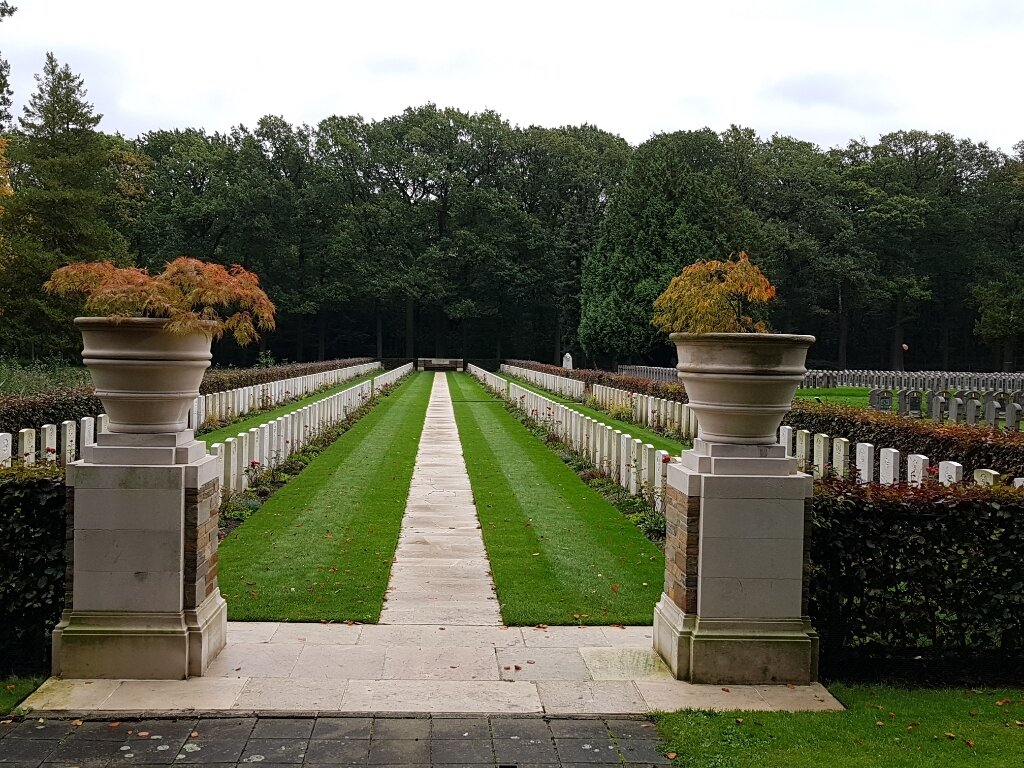 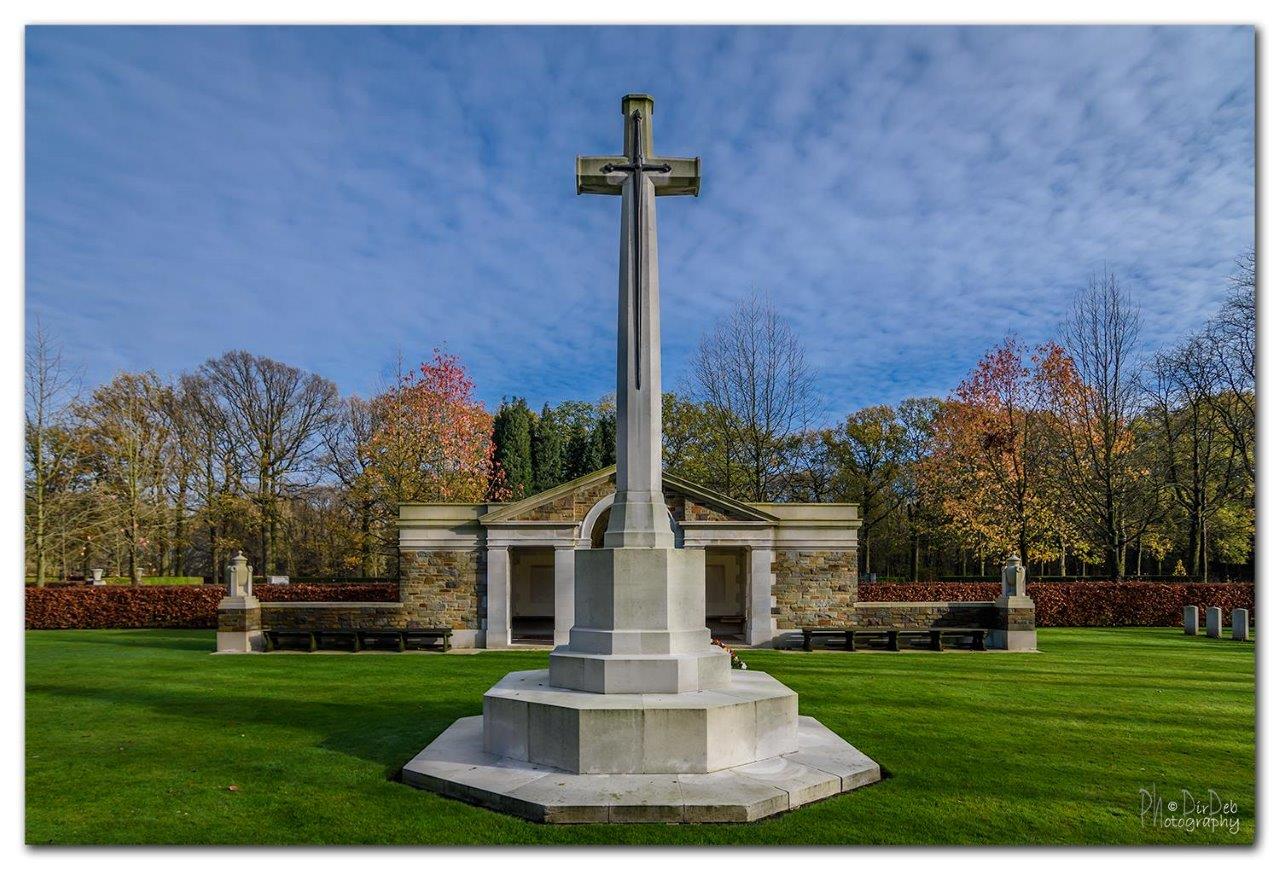 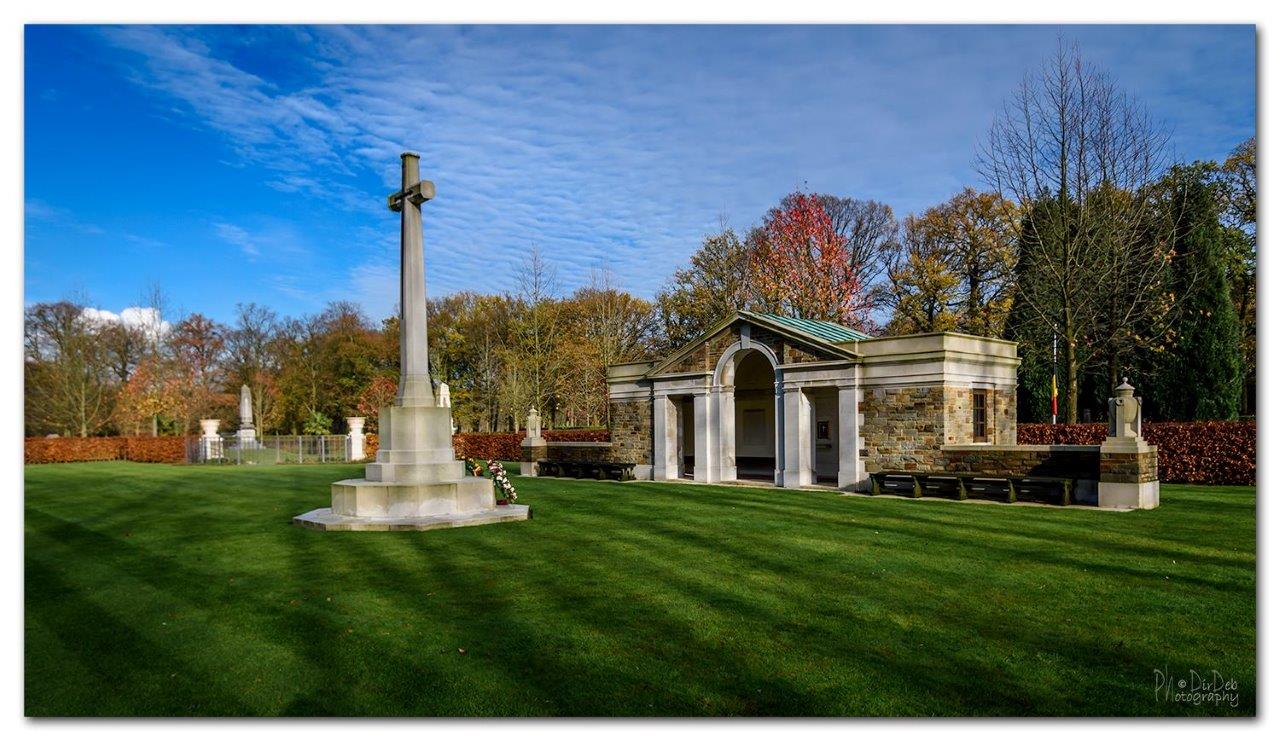 Antwerp lies 57 Km north of Brussels on the E19 and 59 km north east of Gent on the E17 motorway. The cemetery itself is located in Wilrijk, a suburb of Antwerp. From the centre follow the Kleine Steenweg until you arrive at the ring road. Turn right and follow the ring road for 250 M to the first set of traffic lights and turn left. Go under the flyover and continue straight on over the dual carriageway into Jules Moretus Lei. Follow this street for 800 M and the entrance to the Municipal Cemetery is on your left. After entering the cemetery follow the Commission signs to the three Commission plots at the far end of the cemetery. Alternatively ask for their location at the office within the cemetery.

German forces returned to Belgium in May 1940, and occupied Antwerp until its liberation by the Allies on 4 September 1944. The town and port were secured, but it was some weeks further before the approaches from the North Sea could be cleared of German resistance.

Schoonselhof Cemetery contains 101 Commonwealth burials of the First World War, some of which were brought in from other burial grounds in the area after the Armistice (17 of them were brought in from Lierre German Cemetery, 1 from Bouchout-Les-Lierre Churchyard, 3 from the War Plot in Malines Communal Cemetery and 1 from the Casino garden at Lierre). Second World War burials number 1,455. The Commonwealth plot also contains 16 non-war burials, most of them Merchant seamen whose deaths were not due to war service. There is 1 U.S.A. airman attached to the R.A.F., 16 Polish and 1 French burials here.