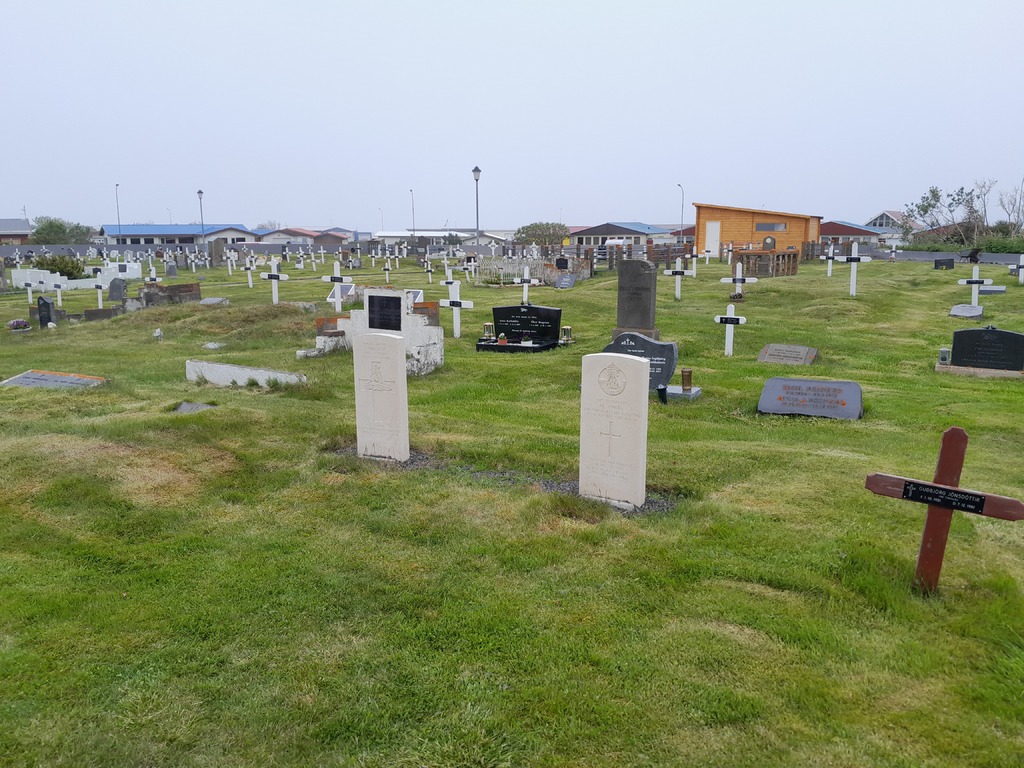 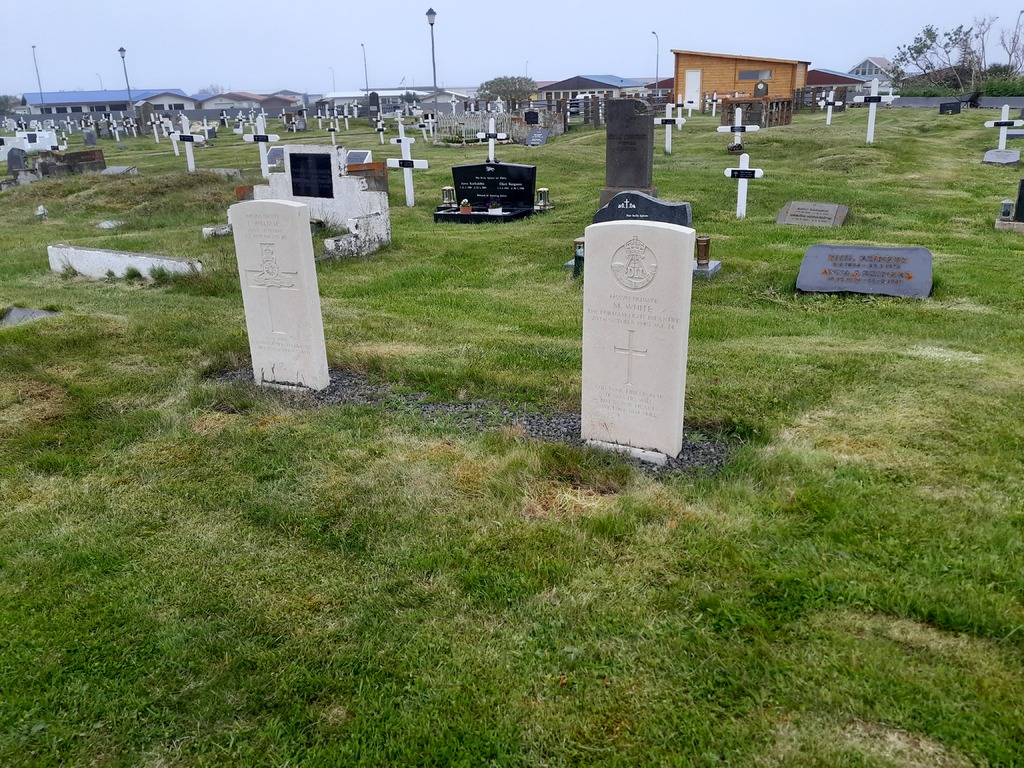 Blonduos is in the north-western part of Iceland some 105 kilometres from Akureyri on the Hunafjordur, The cemetery is on a hill at the back of the town, 2 Kilometres from the sea and is reached by turning off the main road from Reykjavik to Akureyri (this is the A1 route) at the roundabout at the entrance to the town. Take the next left just after what is currently a petrol filling station. The road is little more than a track and the cemetery is approximateley 300 metres further on the top of the hill on the right. The graves stand about 30 metres in from the main entrance gate and near the right hand boundary.