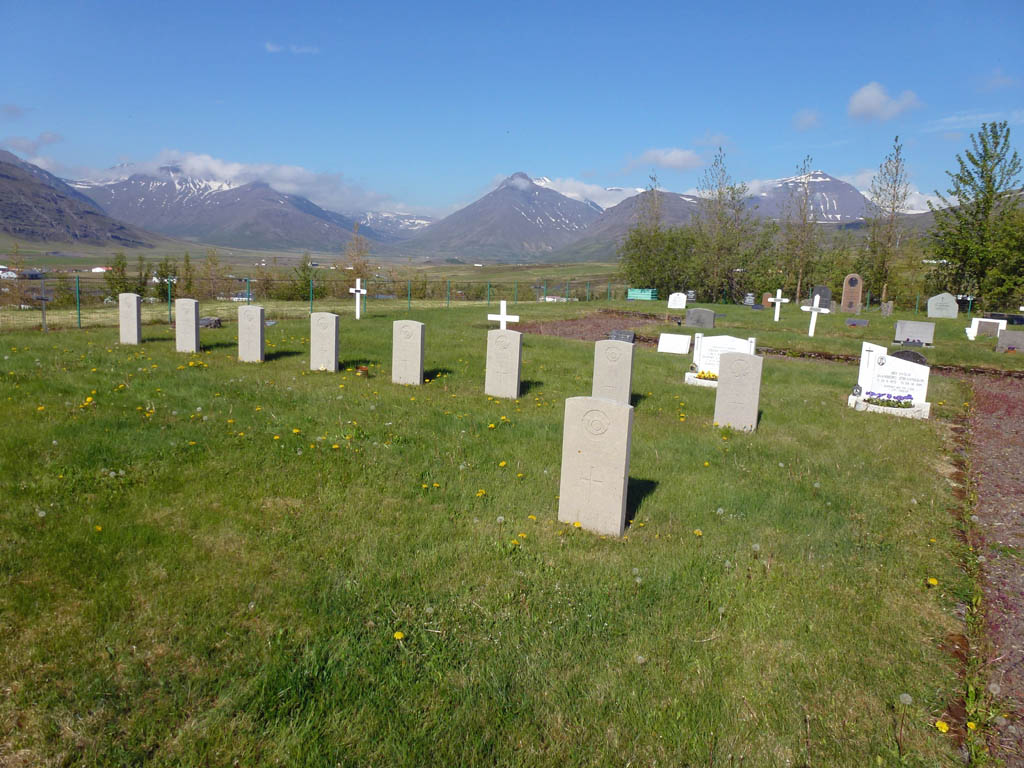 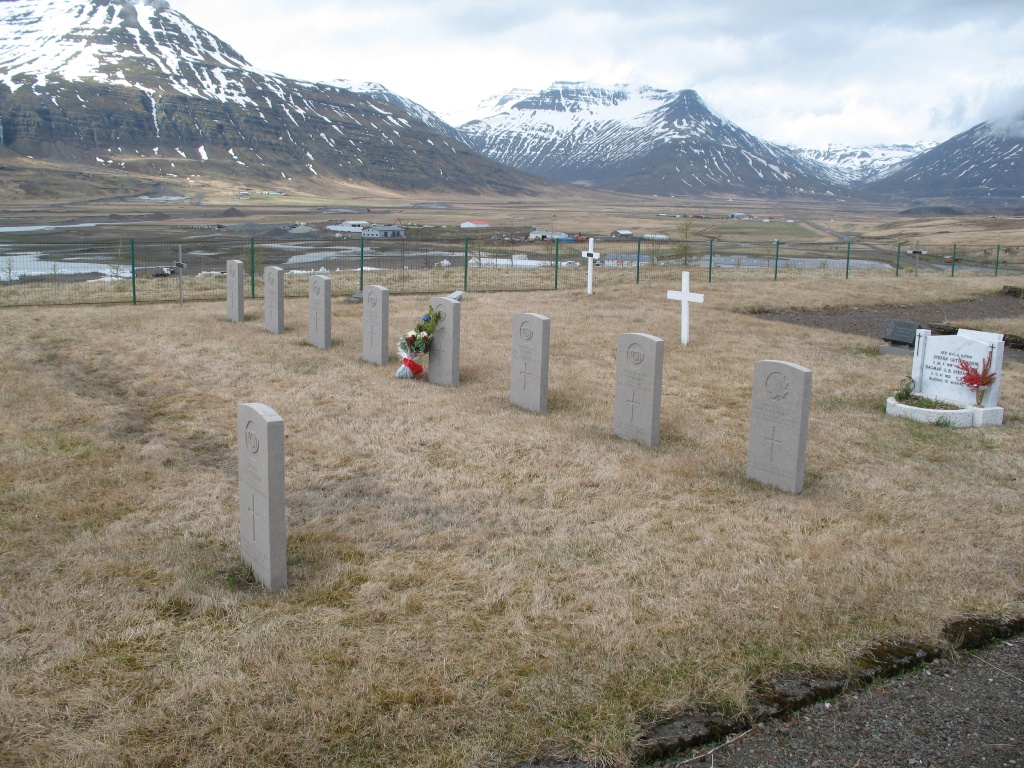 Reydarfjordur is in the east of Iceland. Reydarfjordur Cemetery is reached by taking the second left after entering the village from Egilstadir. The turn off is located immediately after passing the Shell garage and is signposted to Rettarholt. The road leads to a steep track and the Cemetery stands on a high level plateau at the head of the fjord.

Iceland was under Allied occupation for much of the Second World War, primarily to guard against possible German invasion, but the considerable air and naval forces based there also provided an important link in the defensive chain across the Atlantic for the protection of shipping. Commonwealth land forces were relieved by the Americans in October 1942, but the naval and air force presence was maintained until 1945. Reydarfjordur Cemetery contains nine Commonwealth burials of the Second World War.