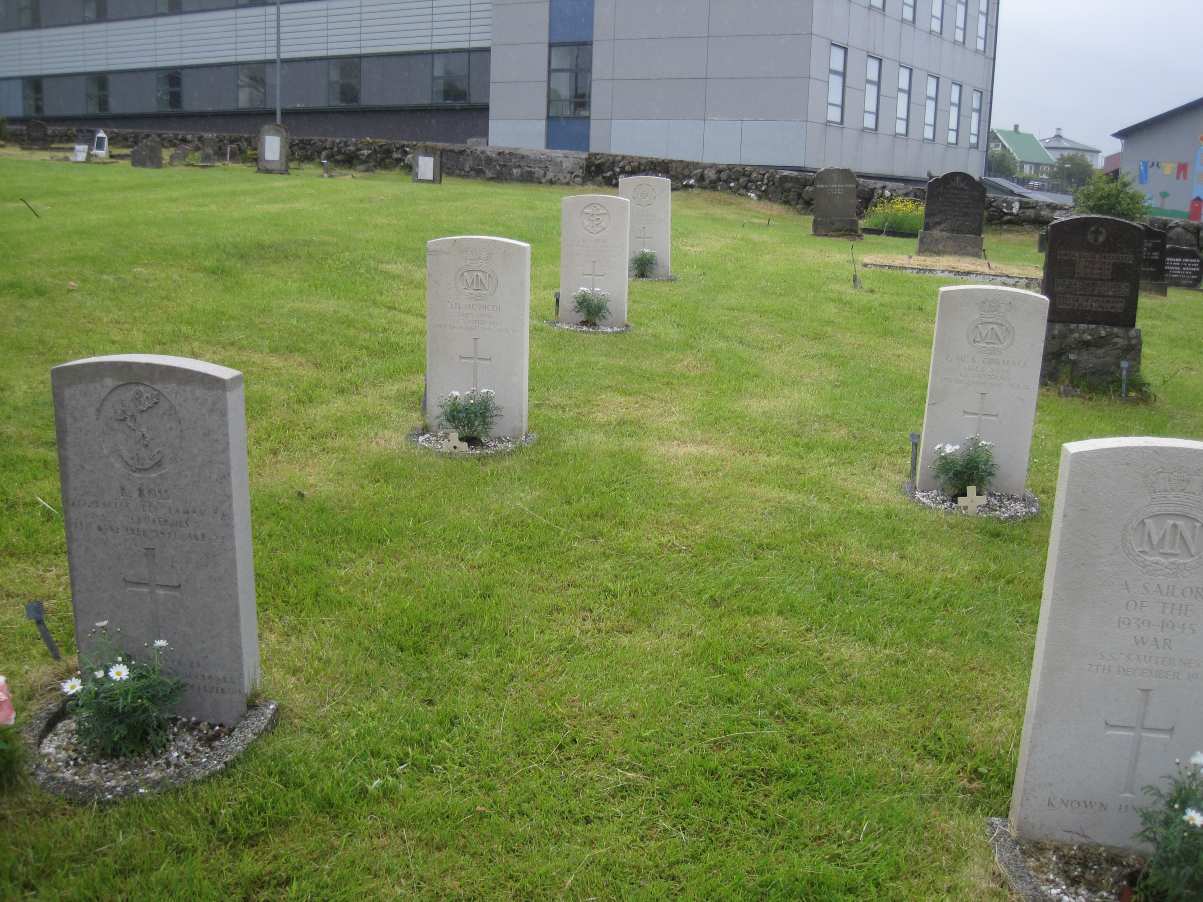 Klaksvik is on Bordo, one of the eastern islands of the Faroe group. The cemetery is to the south-east of the town.

A small force of Commonwealth troops was sent to the Faroes in April 1940 to guard against a possible German invasion following their occupation of Denmark. Although no invasion was attempted, the islands suffered a number of raids from the Luftwaffe in 1941 and 1942. The garrison, which at its peak numbered 6,000, was greatly reduced in April 1944.

Klaksvik Cemetery contains six Commonwealth burials, one of them unidentified.