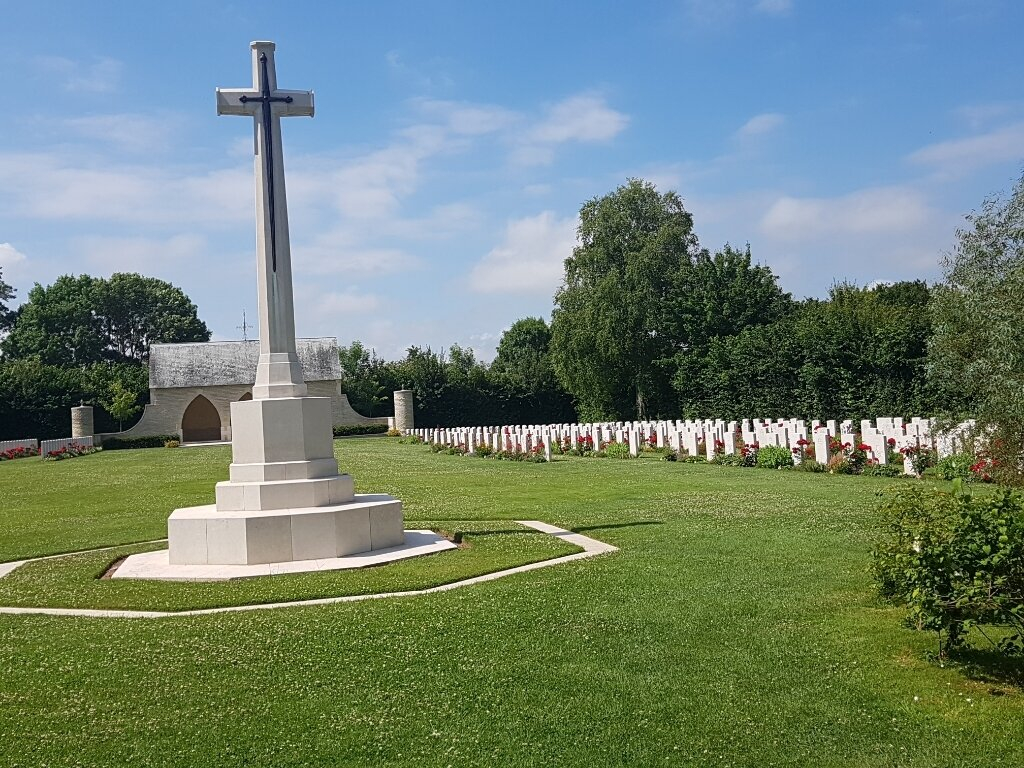 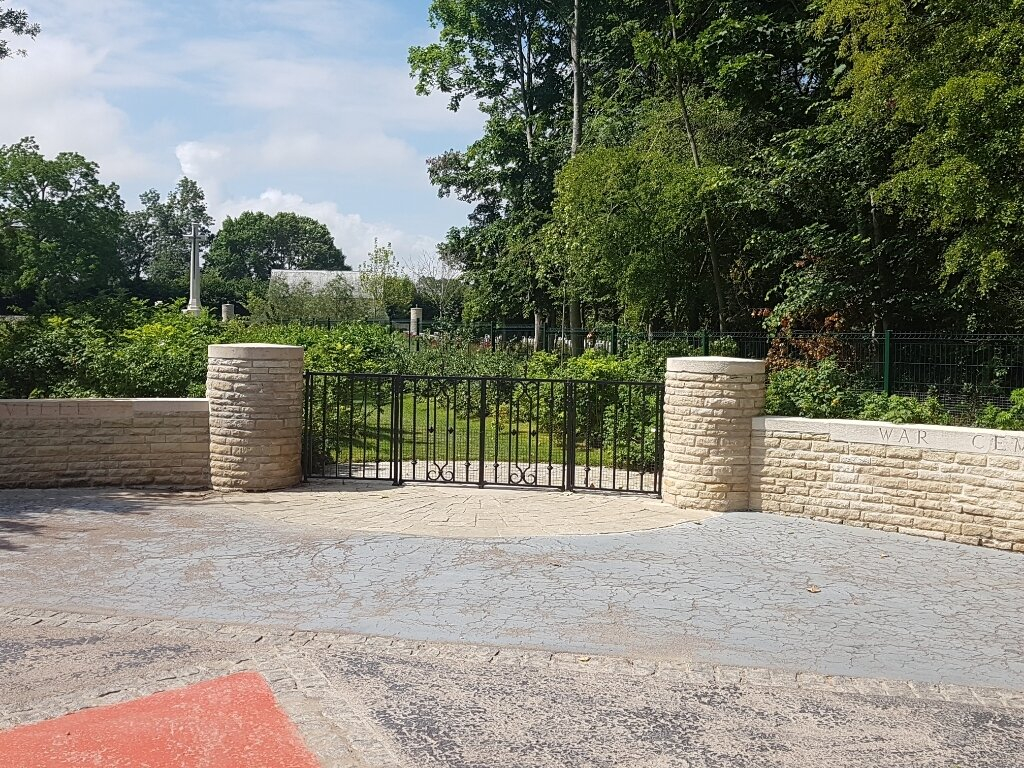 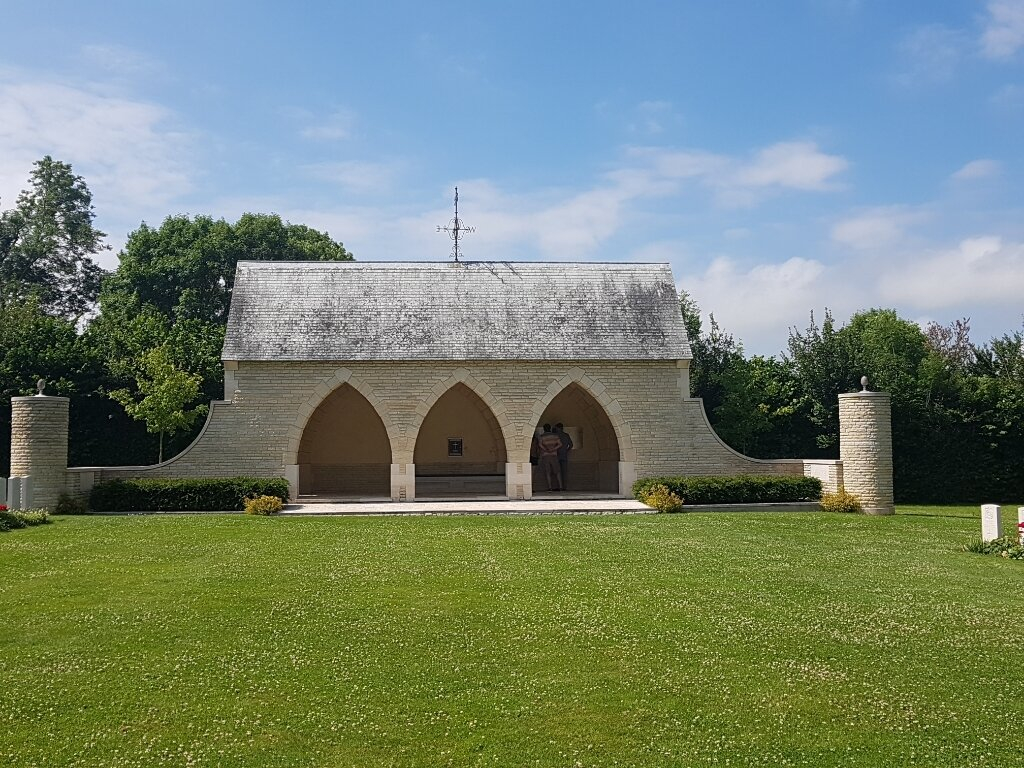 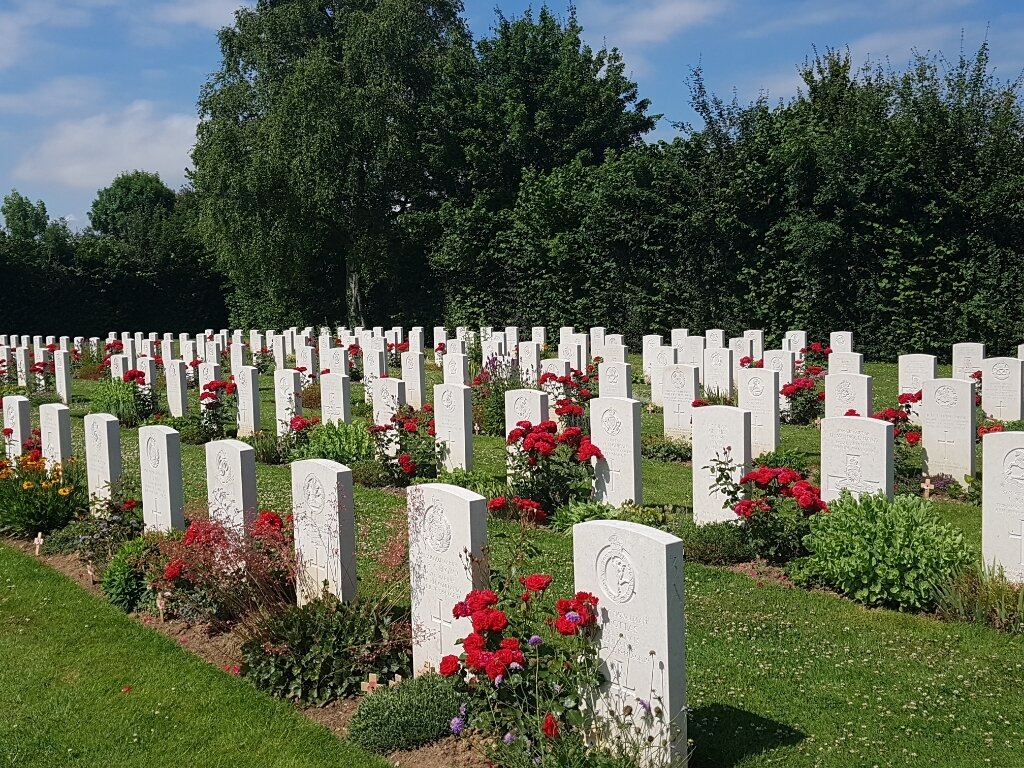 Hermanville-sur-Mer lies 13 kilometres north of Caen on the road to Lion-sur-Mer (the D60). To reach the War Cemetery go northwards right through Hermanville; after leaving the church on your left, turn right. The gates to the War Cemetery will be found after 300 metres on the road "Rue du Cimetière Anglais". Parking available & wheelchair access possible.

The Allied offensive in north-western Europe began with the Normandy landings of 6 June 1944. The village of Hermanville lay behind Sword beach and was occupied early on 6 June by men of the South Lancashire regiment. Later the same day, the Shropshire Light Infantry supported by the armour of the Staffordshire Yeomanry managed to reach and hold Bieville-Benville, four kilometres to the south of Hermanville. Many of those buried in Hermanville War Cemetery died on 6 June or during the first days of the drive towards Caen. The cemetery contains 1,003 Second World War burials, 103 of them unidentified.