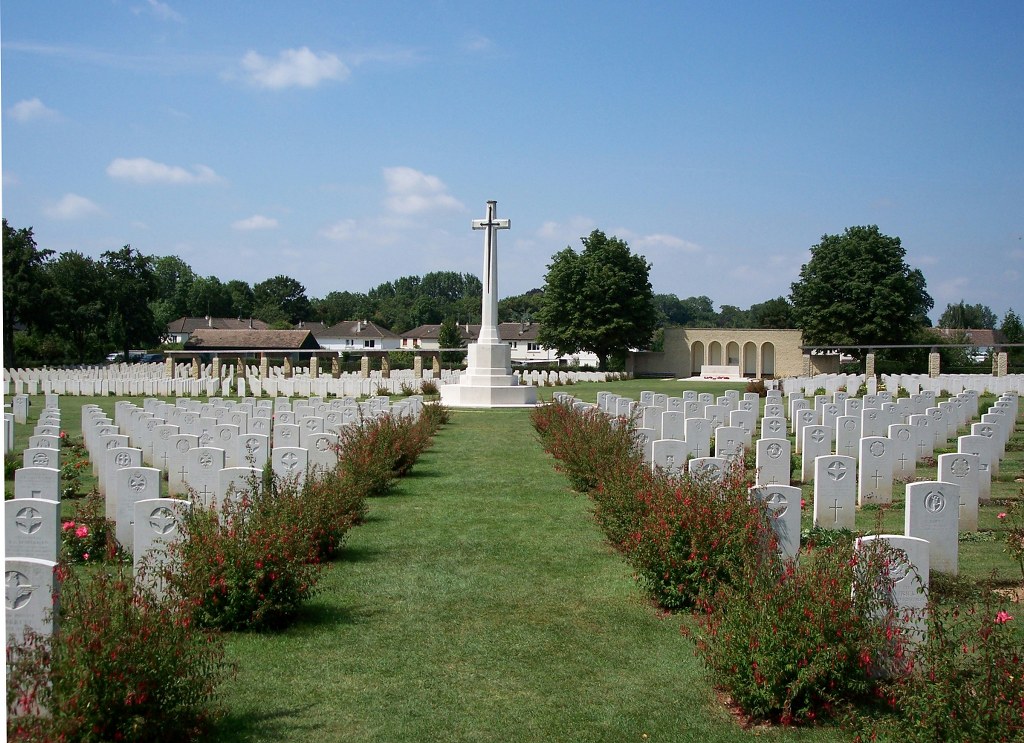 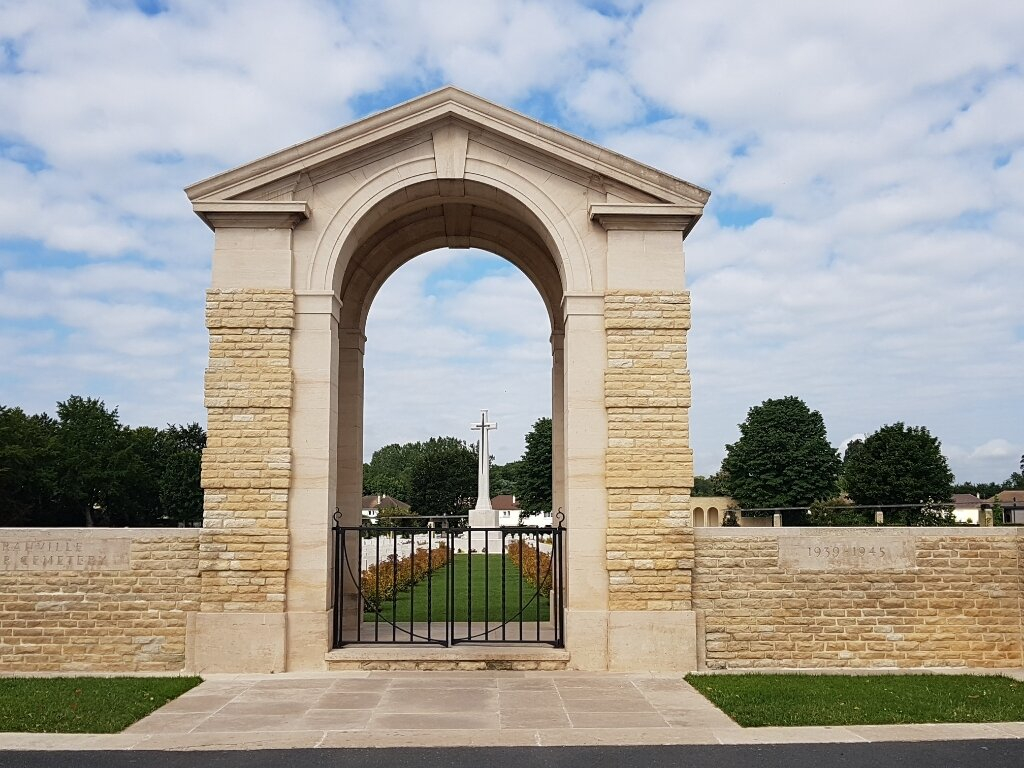 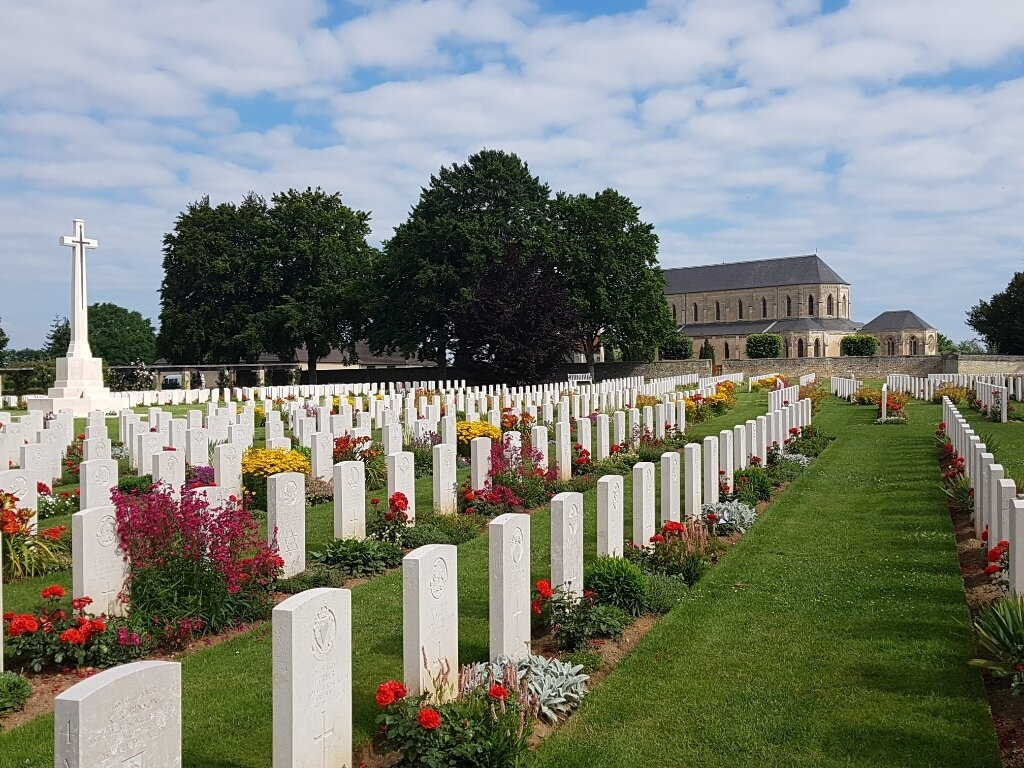 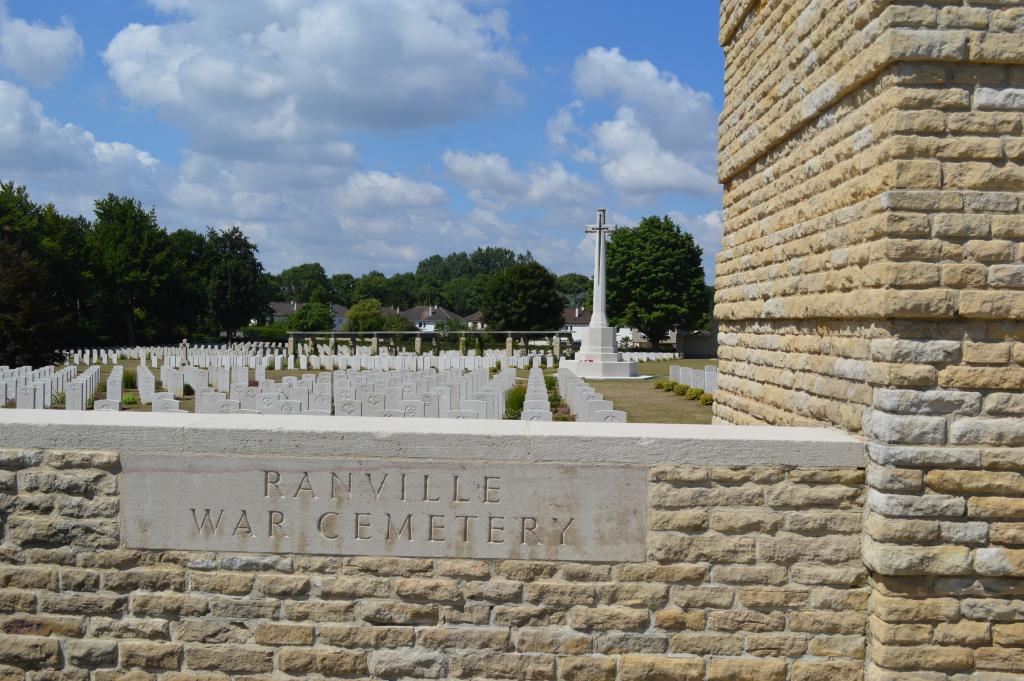 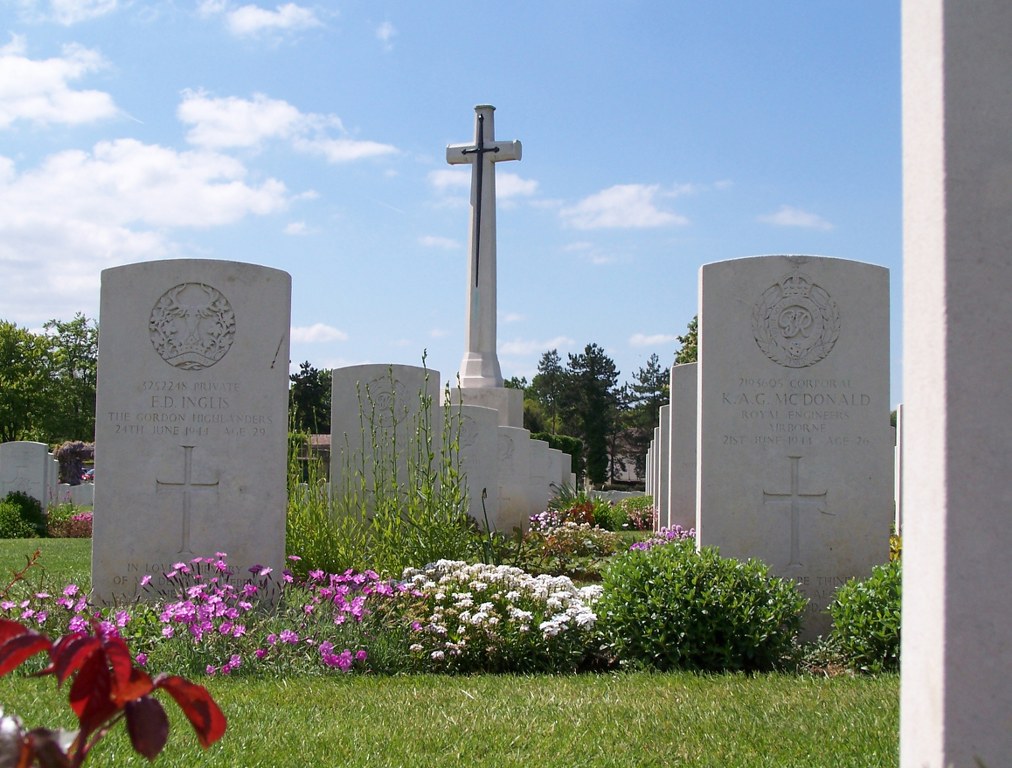 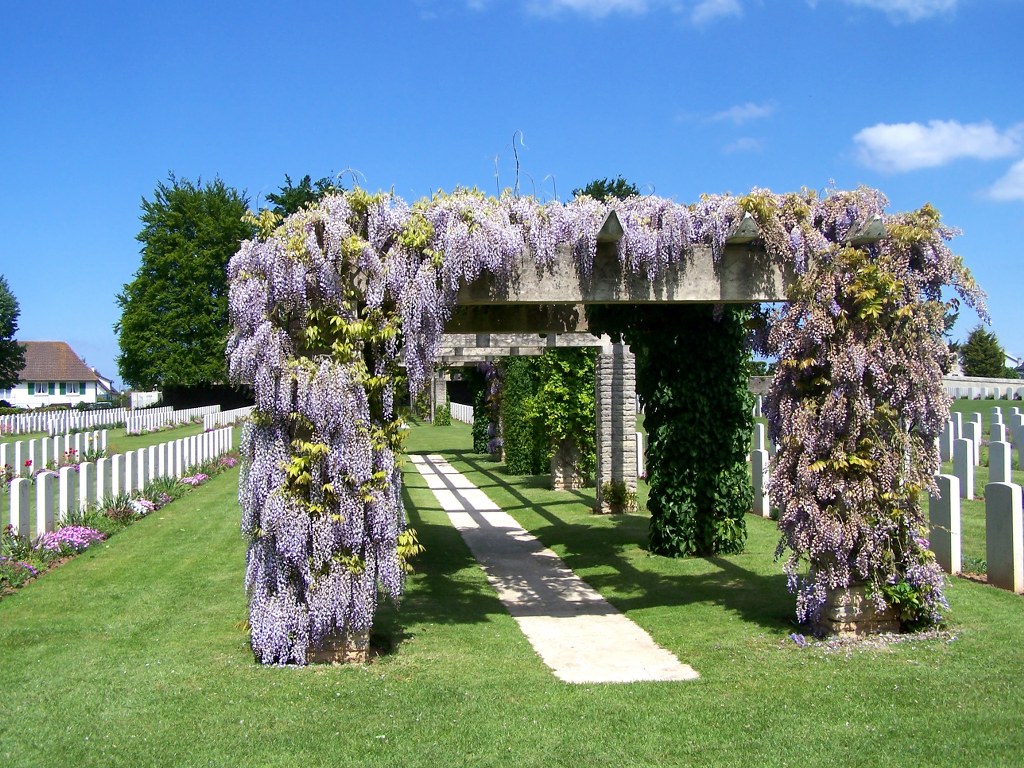 Ranville is best reached by taking the D513 north-eastwards out of Caen, and after about 9 kilometres turning left at Herouvillette. Go north for one kilometre and then turn left into Ranville village. The War Cemetery is on rue du Comte Louis de Rohan Chabot.

Ranville was the first village to be liberated in France when the bridge over the Caen Canal was captured intact in the early hours of 6 June by troops of the 6th Airborne Division, who were landed nearby by parachute and glider. Many of the division's casualties are buried in Ranville War Cemetery and the adjoining churchyard

The CEMETERY contains 2,236 Commonwealth burials of the Second World War, 90 of them unidentified. There are also 323 German graves and a few burials of other nationalities.

The CHURCHYARD contains 47 Commonwealth burials, one of which is unidentified, and one German grave.