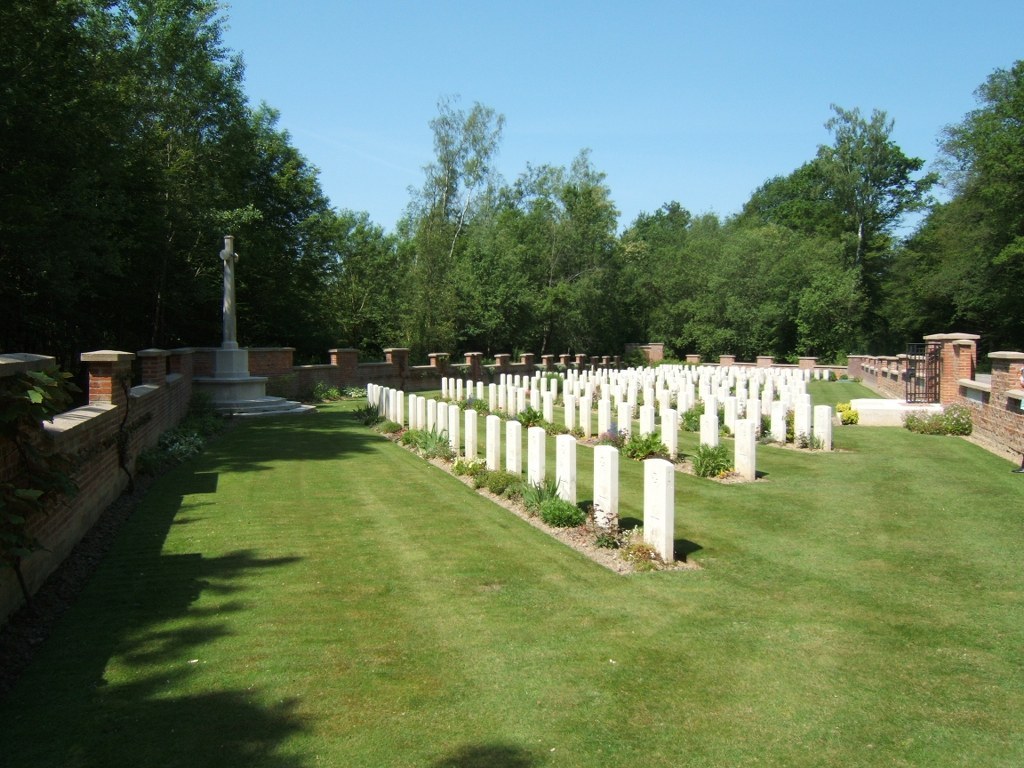 Charmes is a small town 25 kilometres north-west of Epinal and 44 kilometres south of Nancy. It is best reached from the junction off the motorway N.57 - E.23. The CWGC cemetery is located on the east side of the town of Charmes, on road D9 going to Damas-aux-Bois.