Project works will be ongoing in the cemetery from 3 March 2022. The cemetery will remain open to visitors, however there may be some disruption. Works are scheduled for completion by the end of May 2022. 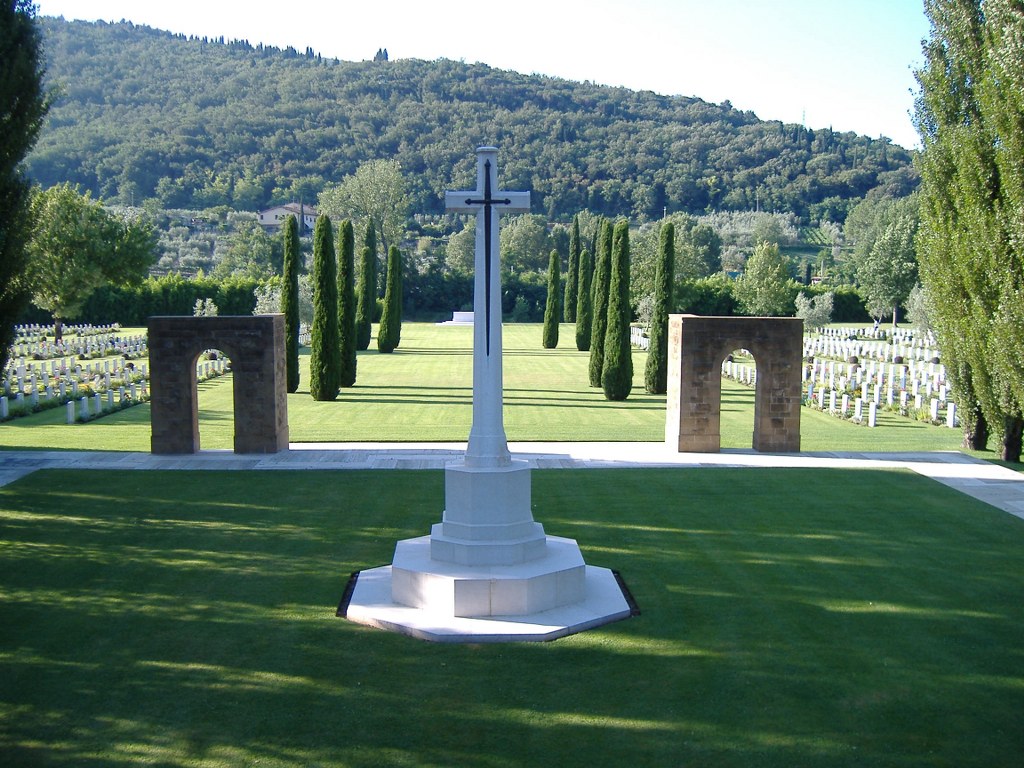 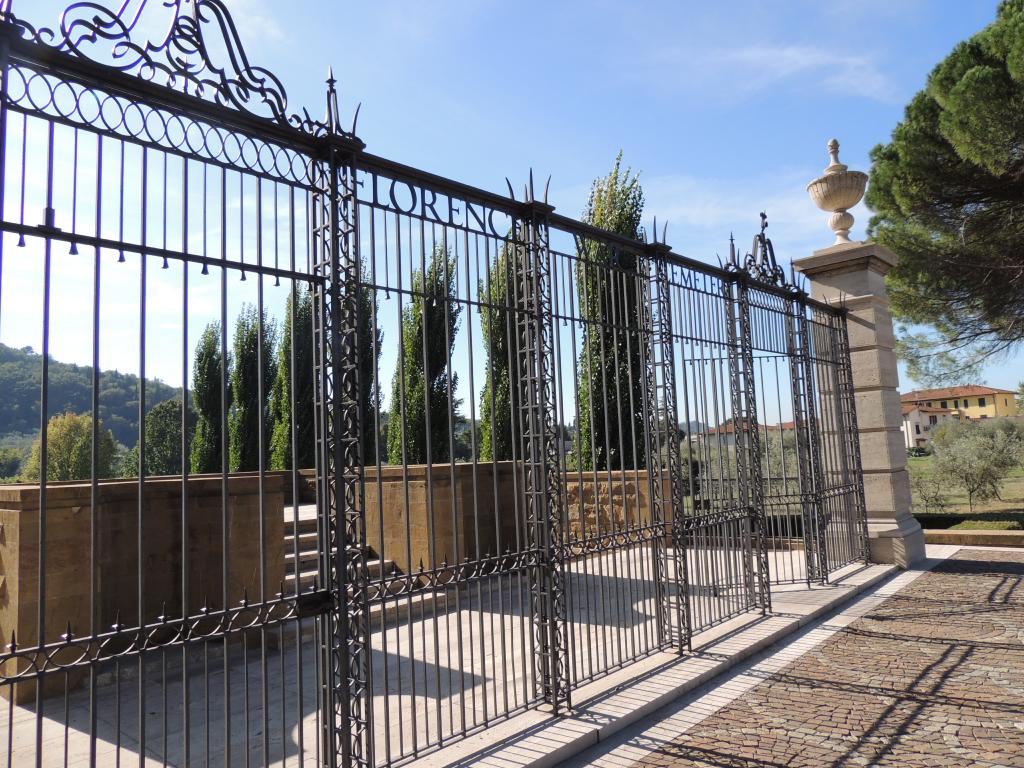 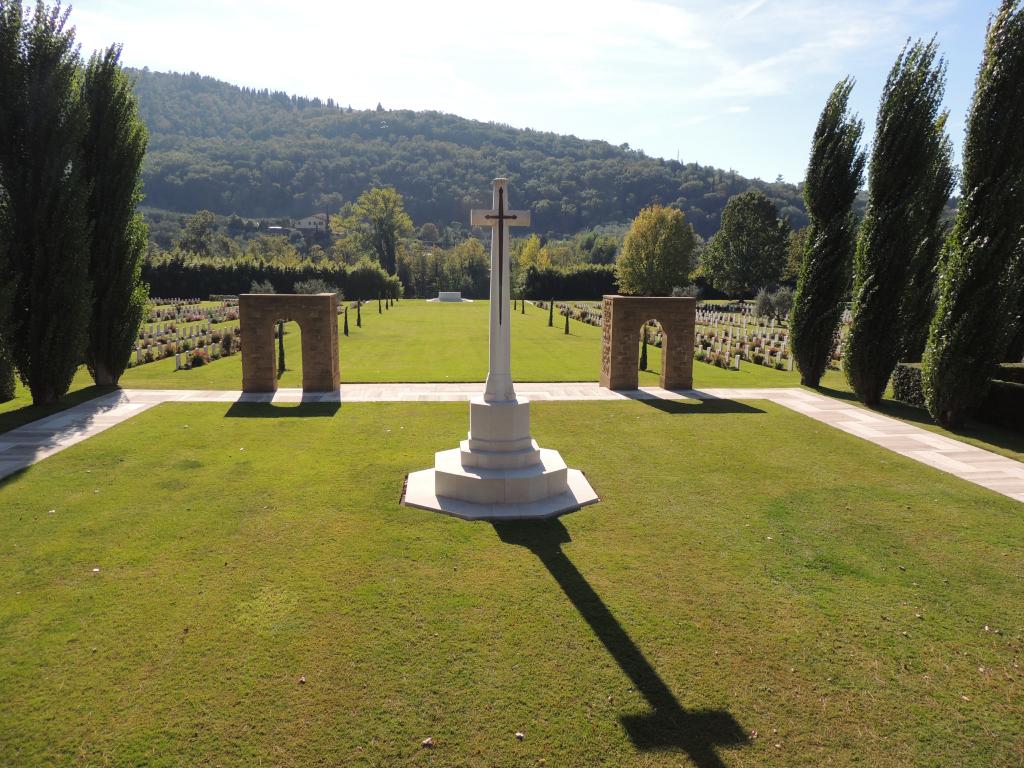 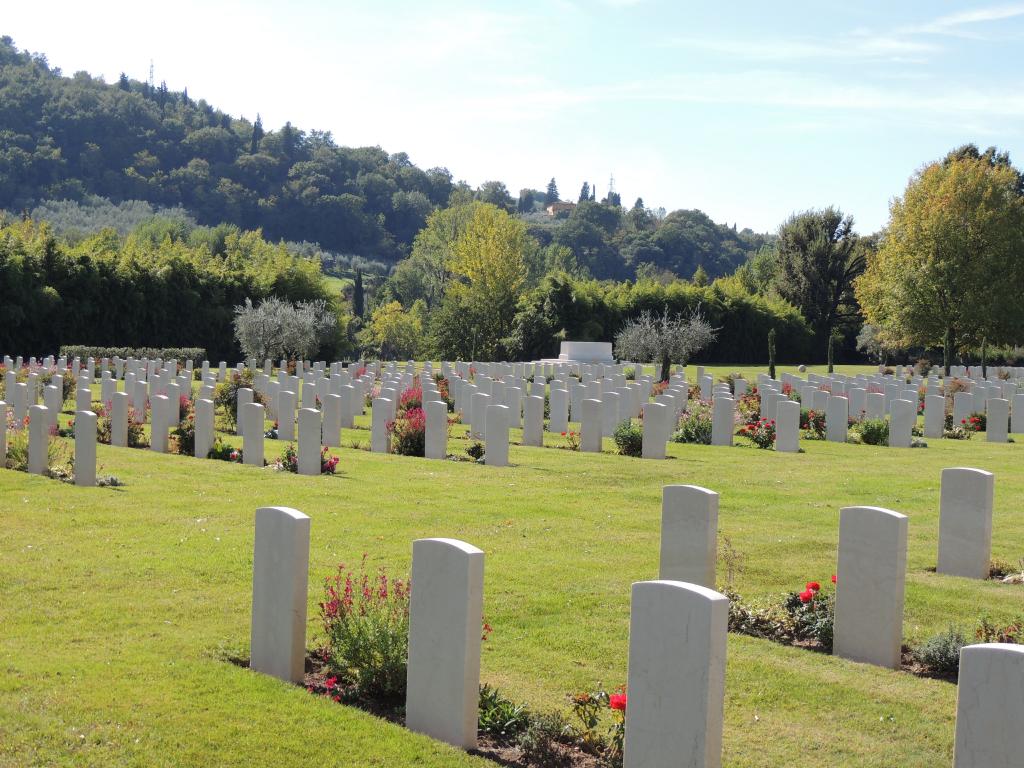 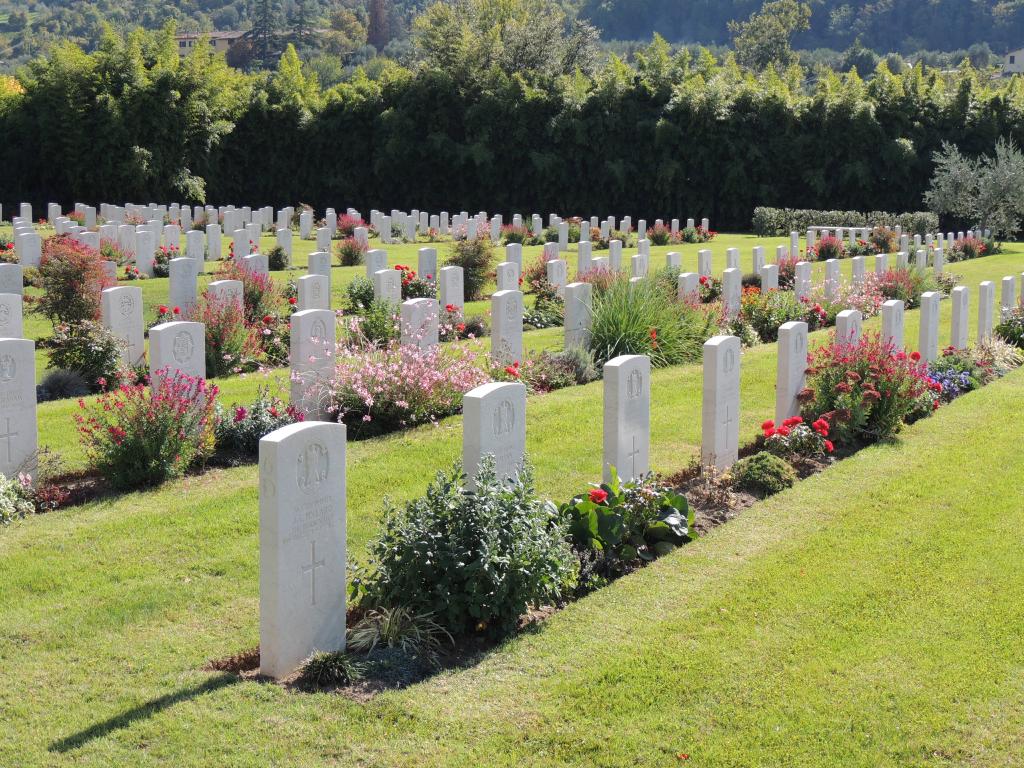 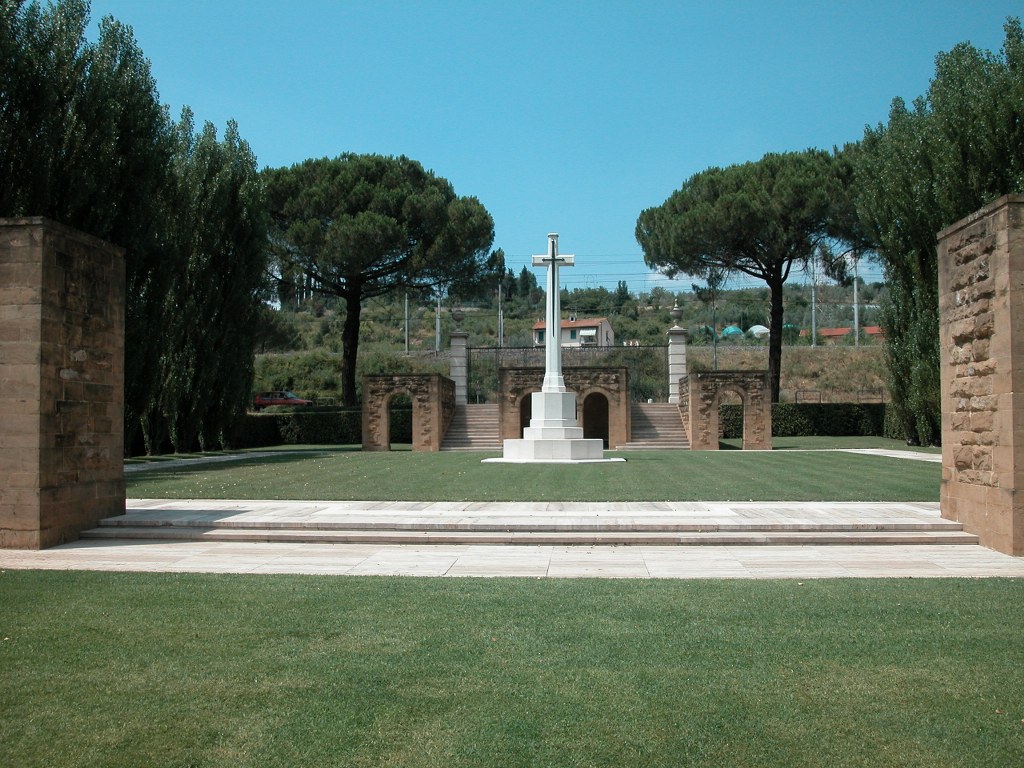 If travelling by road, from the A1 Rome to Milan exit at Firenze Sud. Go along the ringroad and take direction Pontassieve. The cemetery is a further 2km, on the right hand side. If travelling by train , from the main station (Santa Maria Novella) take bus A14 to 'Girone' and get off at the terminal. The cemetery is 50 metres ahead on the main street. Cemetery address: Via Aretina, 38 - 50061 Girone Compiobbi (FI) Tuscany. GPS Co-ordinates: Latitude: 43.769756, Longitude: 11.342584

The cemetery may be visited at any time. Please note however that the gates are kept locked outside of the gardening staff's working hours which are as follows:

Please note that the gates to the service area and disabled access are kept locked. Access can be gained by entering 1221 on the combination padlock. To open the padlocklock, press the button on the lock after having dialled the combination number.

Wheelchair access to the site possible via an alternative entrance. For further information and enquiries please contact enquiries@cwgc.org

Following the fall of Rome to the Allies in June 1944, the German retreat became ordered and successive stands were made on a series of defensive positions known as the Trasimene, Arezzo, Arno and Gothic Lines. Florence, which was taken by the Allied forces on 13 August 1944, was the centre of the Arno line and the point from which the attack on the German Gothic Line defences in the Apennines was launched.

The site for the war cemetery was selected in November 1944 for burials from the hospitals established in and around Florence but the greater part of those buried here lost their lives in the fighting in this area from July to September 1944.

After the war, 83 graves were moved into the cemetery from nearby Arrow Route Cemetery, when it proved impossible to acquire the site in perpetuity. Most of these burials were from the fighting in the Apennines during the winter of 1944-1945.