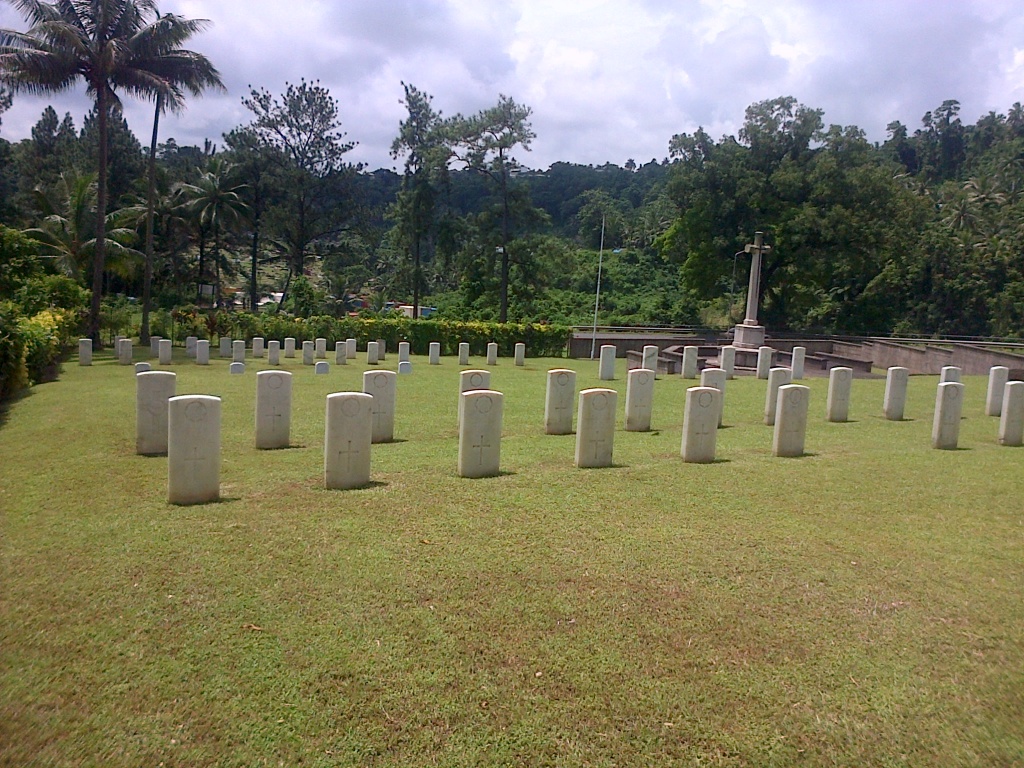 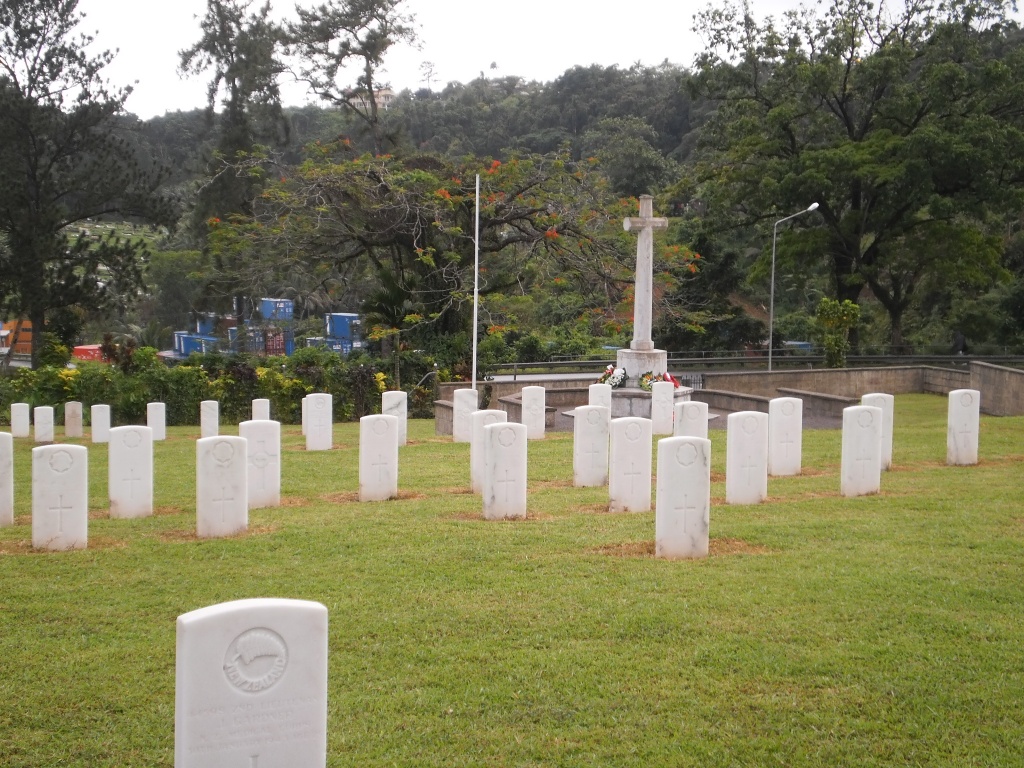 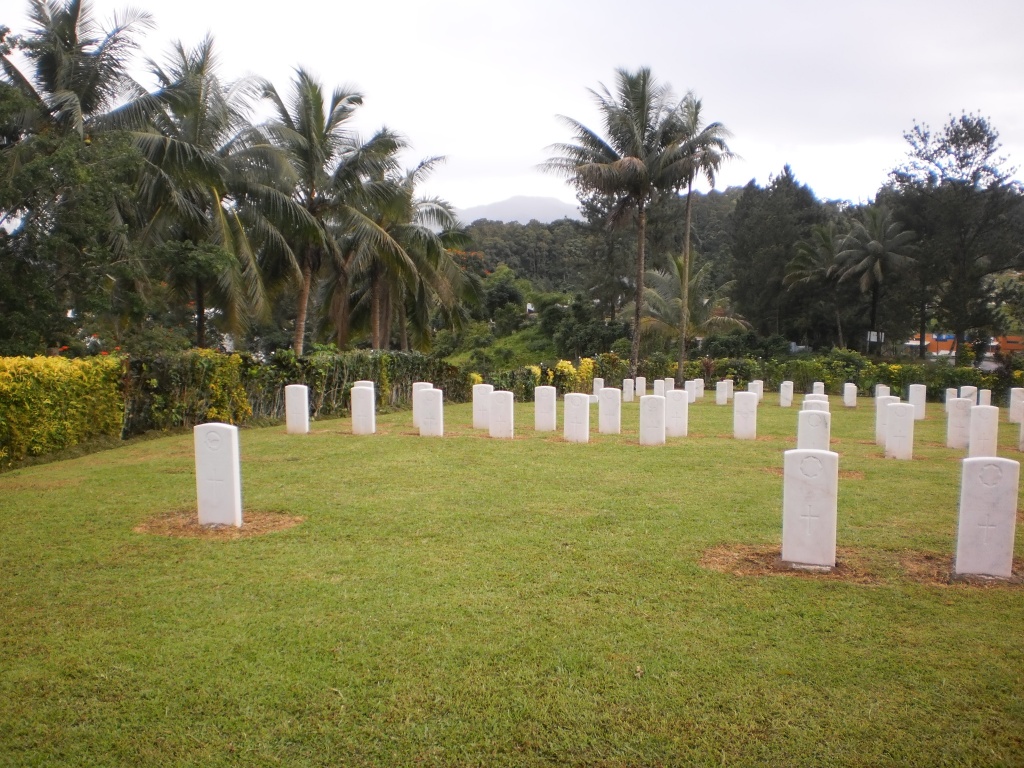 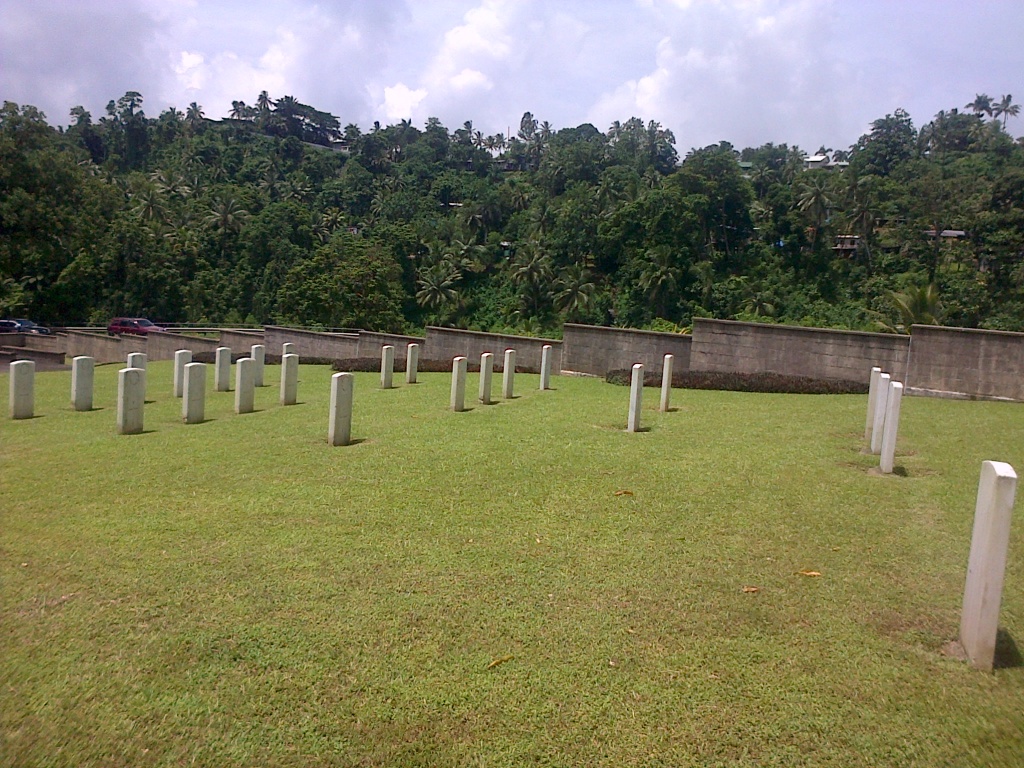 Suva Military Cemetery is on Viti Levu, now the capital of the Fiji islands. It is on Reservoir Road on a hillside overlooking the harbour, about 4 kilometres from the town centre.

Suva, the capital of Fiji on Viti Levu Island, was of great importance as a naval and air base during the Pacific Islands campaign. The headquarters of the Fiji garrison was at Samambula Camp, 4 miles from the town, and a military hospital was established some 5 miles from Suva at Tamavua, where first No. 8 New Zealand Infantry Brigade and later the Fiji Defence Force had their headquarters. A flying-boat base was constructed at nearby Lauthala Bay. All trans-Pacific shipping lines converge upon Suva, the most important centre in the network of coastwatching stations in the South Pacific.

The Military Cemetery contains 66 Commonwealth war graves, in which are buried 35 Fijian soldiers and 31 New Zealand servicemen, and 12 post-war graves. The graves, which are marked with Commission headstones, are situated on an upper and a lower lawn terrace. Their scattered appearance is due to the repatriation of 137 war dead of the United States originally buried there. The Cross of Sacrifice stands on a paved platform approached by two flights of steps from the lower terrace. The entrance building contains the Suva Memorial which takes the form of bronze panels commemorating members of the Fiji Forces who have no known grave or who are buried at other places in Fiji and Rotuma.