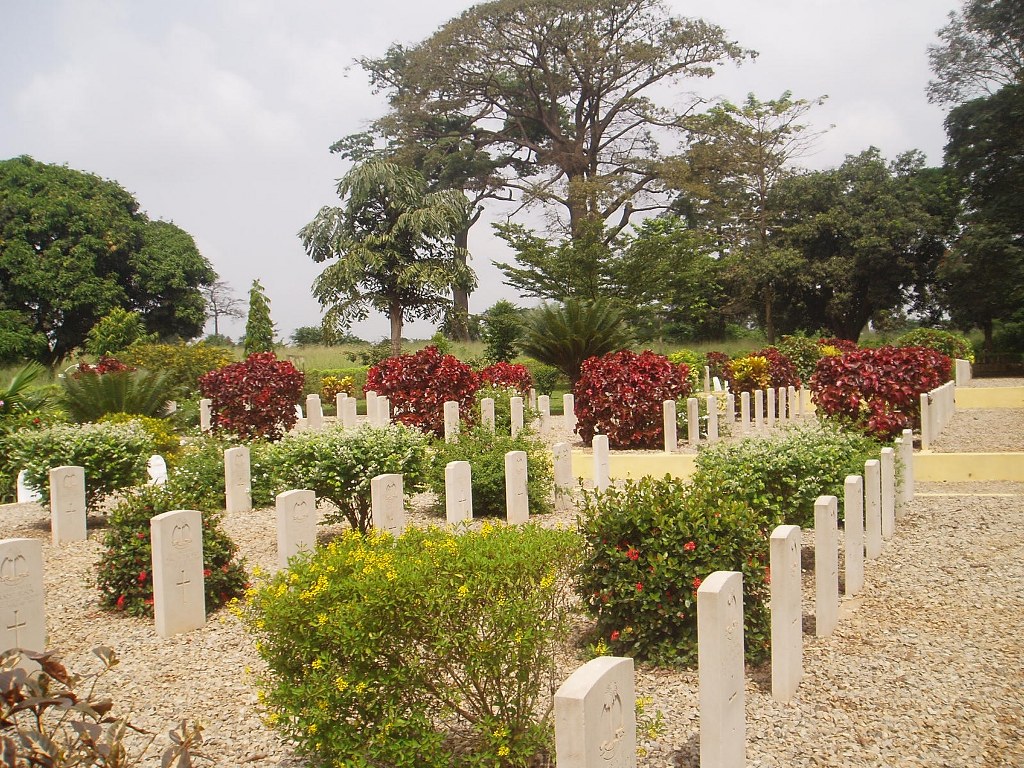 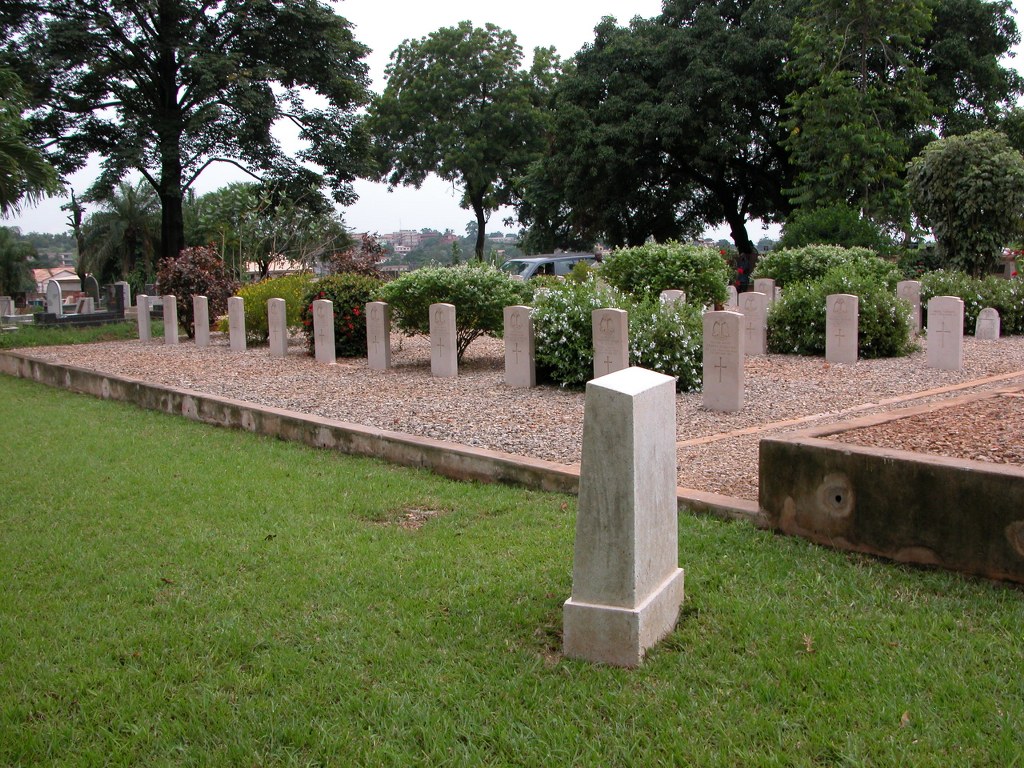 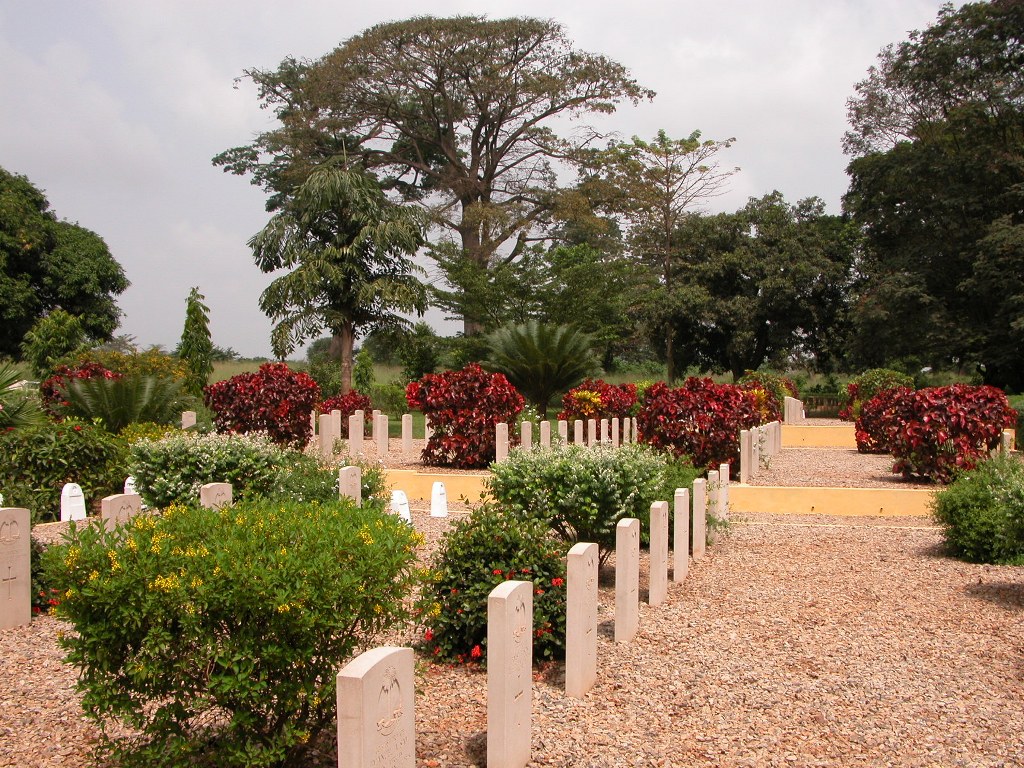 Kumasi, the chief town of Ashanti region, lies some 275 kilometres inland from Accra. The cemetery is known locally as Tafo Public Cemetery and is about 3 kilometres from the centre of the town on the Mampong road.

Kumasi Public Cemetery is open every day between 06:00 and 18:00. Wheelchair access possible via main entrance.

Kumasi was for many years the main station for the Gold Coast Regiment, Royal West African Frontier Force. A transit camp was housed there during the Second World War and the town raised two companies of the Gold Coast Home Guard, which was created in 1940 and disbanded in 1944. In January 1944, No. 52 British General Hospital was posted to Kumasi and was still there in December 1945.

Kumasi Public Cemetery contains 122 Commonwealth burials of the Second World War, two being unidentified and a further 2 civilians. The majority of the burials are in the military section which is divided into 3 plots, Plot 1 being for Christian burials, Plot 2 for non-faith burials and Plot 3 for Muslim burials. There are also 41 unidentified post war burials within the Military Section