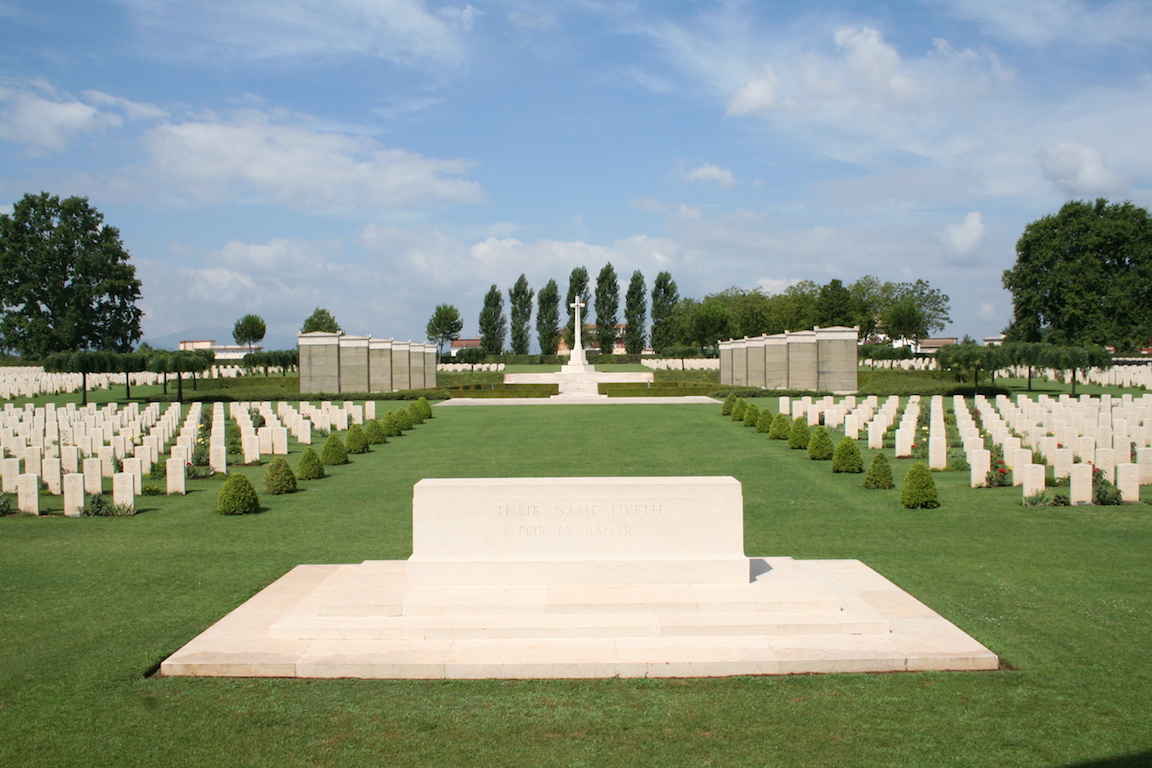 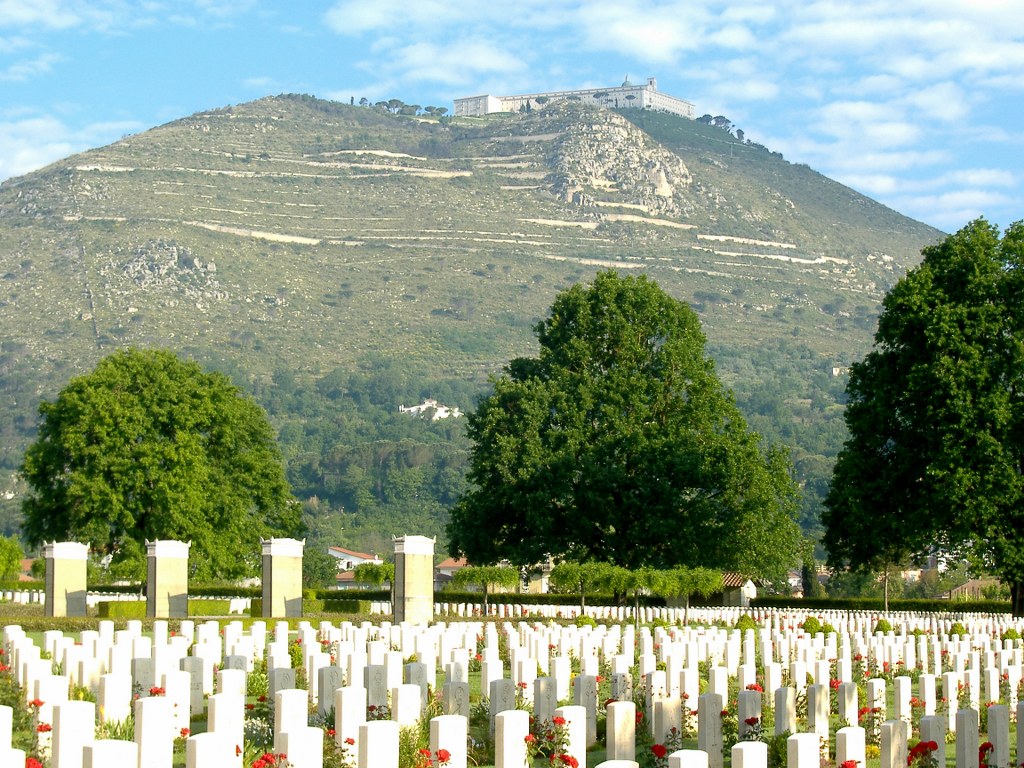 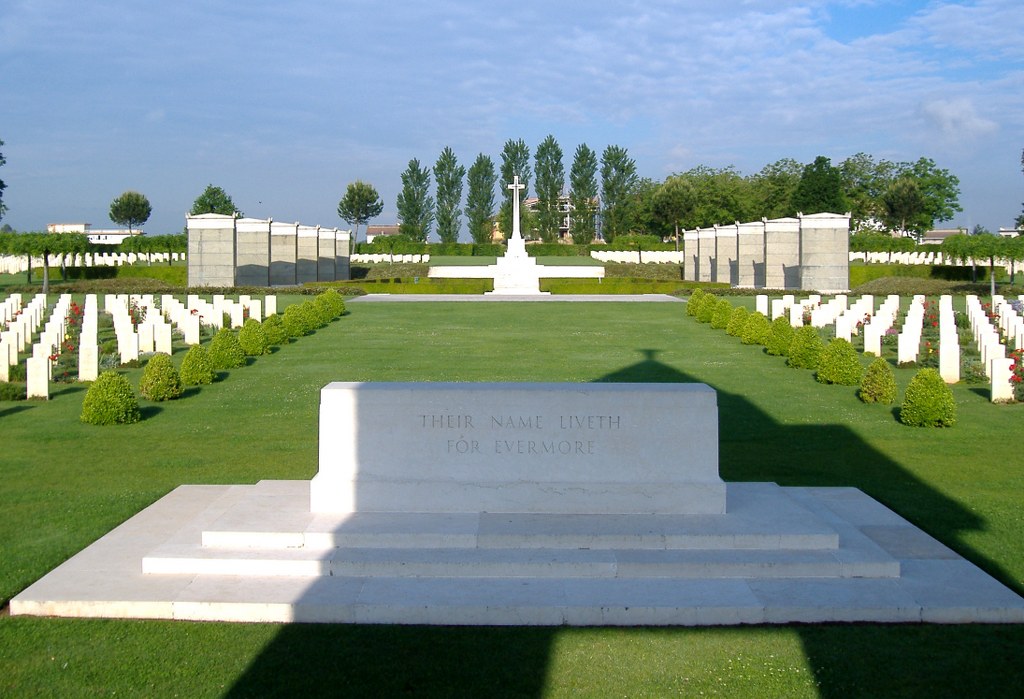 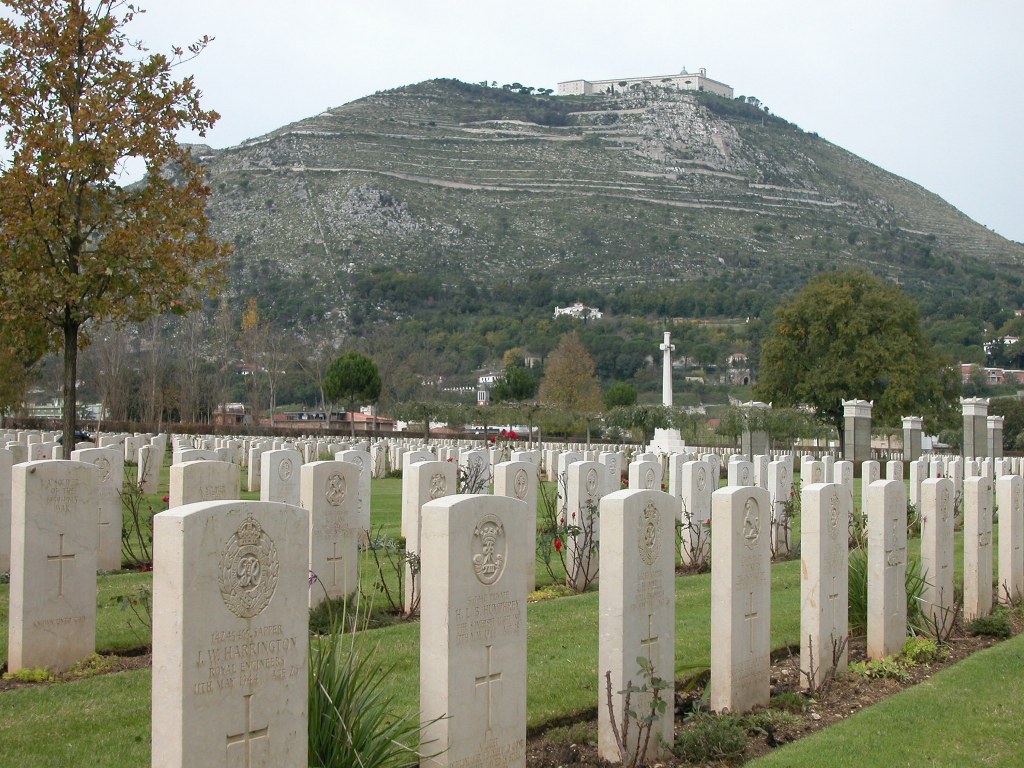 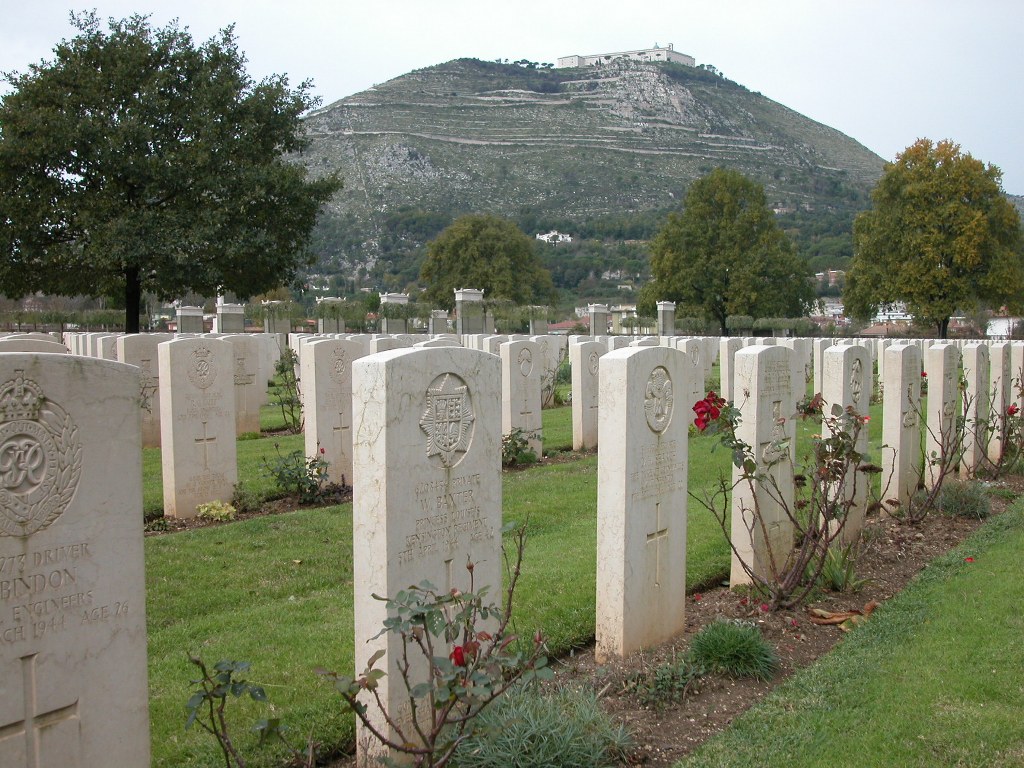 Cassino War Cemetery lies in the Commune of Cassino, Province of Frosinone, 139 kilometres south-east of Rome. Take the autostrada A1 from Rome to Naples and leave it at the Cassino exit. Take the roundabout and take the third exit and follow the road signs to Cassino. On this road you will find the first of six clearly visible signposts to the cemetery and memorial. The cemetery is located approximately 1 kilometre from the railway station in Via Sant Angelo and visitors arriving by train are advised to take a taxi from the station. Cemetery address: Via S. Angelo 03043 Cassino (FR) Lazio. GPS Co-ordinates: Latitude 41.477555, Longitude: 13.827141.

Due to regular theft and damage to the Memorial Register and Visitors Book, they are accessible only during the hours when the gardeners are present (as stated above).

Wheelchair access to the cemetery is possible, via a ramp at an alternative entrance, which can be located approx. 200 metres from the main entrance.

There are now 4,271 Commonwealth servicemen of the Second World War buried or commemorated at Cassino War Cemetery. 289 of the burials are unidentified.

Within the cemetery stands the CASSINO MEMORIAL which commemorates over 4,000 Commonwealth servicemen who took part in the Italian campaign whose graves are not known.

The CEMETERY and MEMORIAL were designed by Louis de Soissons.