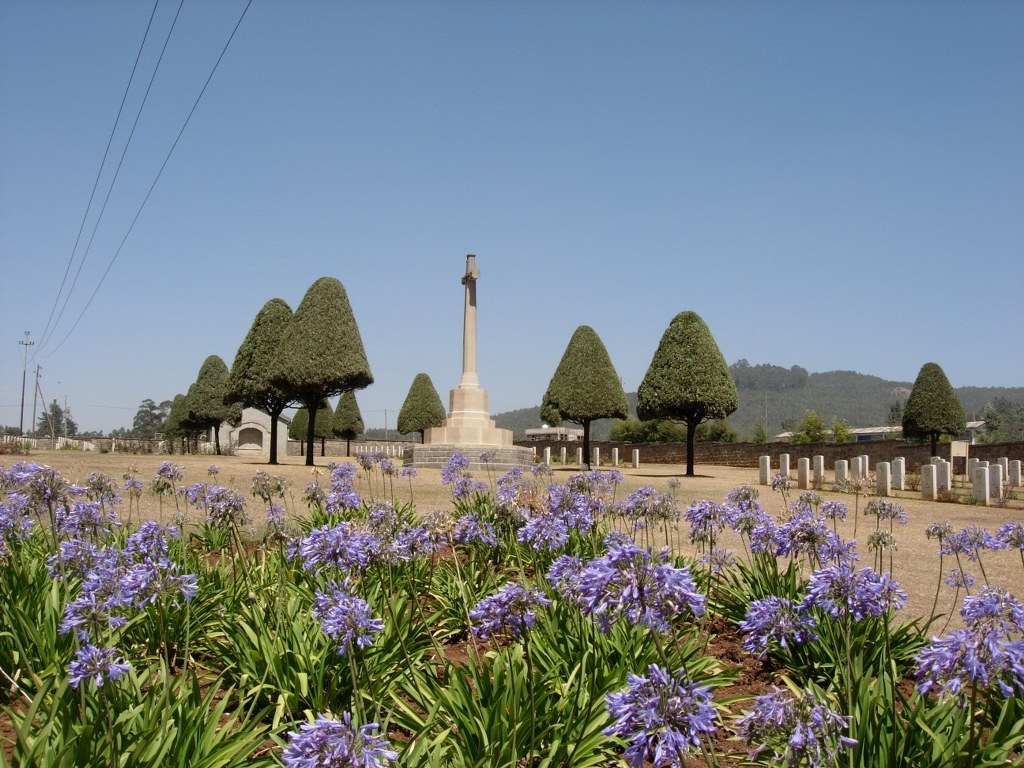 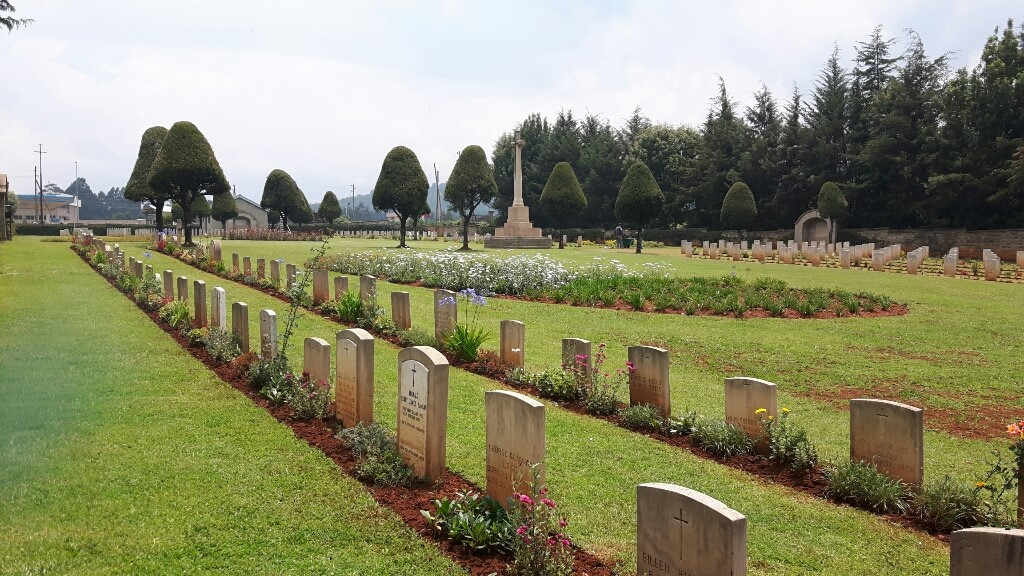 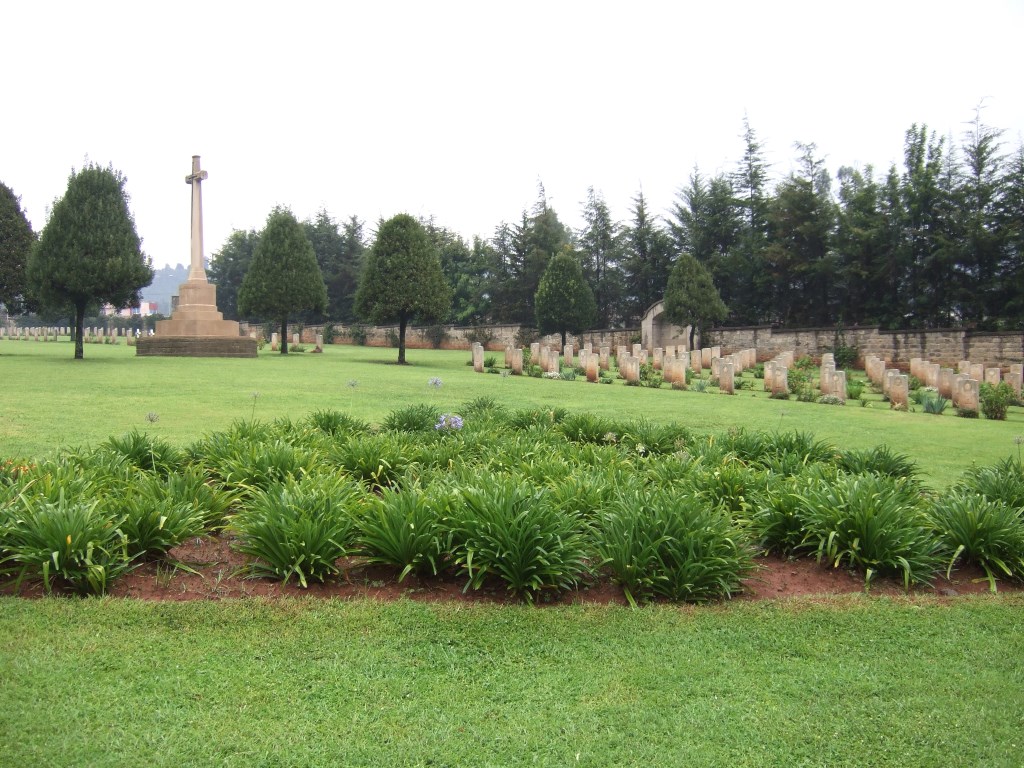 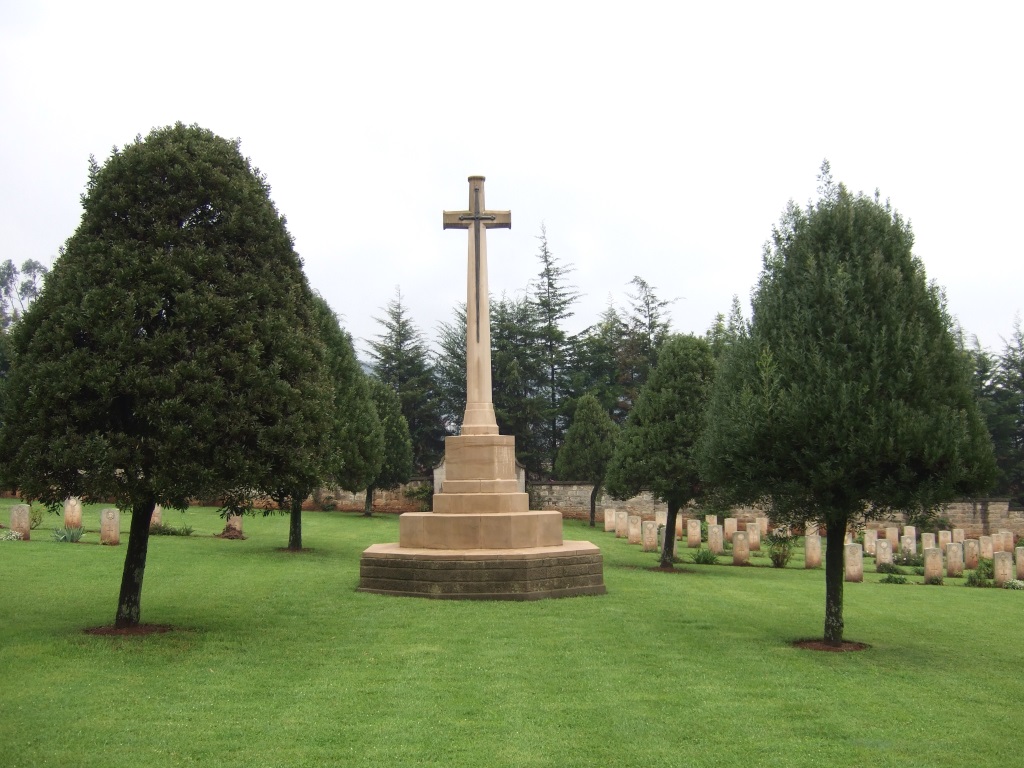 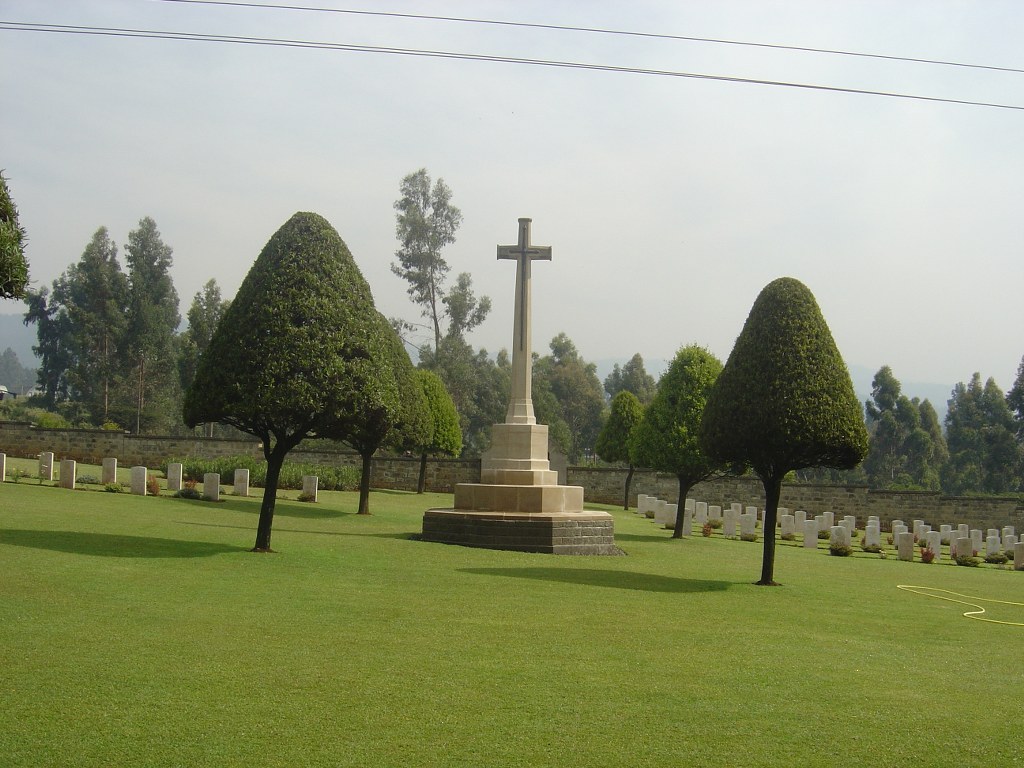 Addis Abbaba War Cemetery is approximately 9 kilometres from the city centre on Ambo Road, the main road to western Ethiopia, opposite the General Wingate School.

When Italy entered the war in June 1940, Ethiopia, which had been part of the Italian East African empire since 1936, became a threat to British positions in Egypt and the link by sea to the Far East and Australasia. Commonwealth forces took up defensive positions on Ethiopia's borders with Sudan to the west and Kenya to the south, and in mid-December 1940, after initial skirmishes with the Italians, the first of a series of offensives was launched from Kenya. A strike east into Italian Somaliland secured the coastal port of Mogadishu in February 1941 which made possible an advance into the heart of Ethiopia. Within a month Harar had been taken and Addis Ababa, the Ethiopian capital, was captured early in April, allowing the deposed Emperor Heile Selassie to return in May. Diminished Italian forces continued to withdraw north and the East African campaign in Ethiopia was not concluded until the end of November 1941 with the surrender of the last concentration of Italian forces at Gondar. Addis Ababa War Cemetery contains 294 Commonwealth burials of the Second World War, seven of which are unidentified. The cemetery also contains the graves of three French airmen and 60 non-war burials.