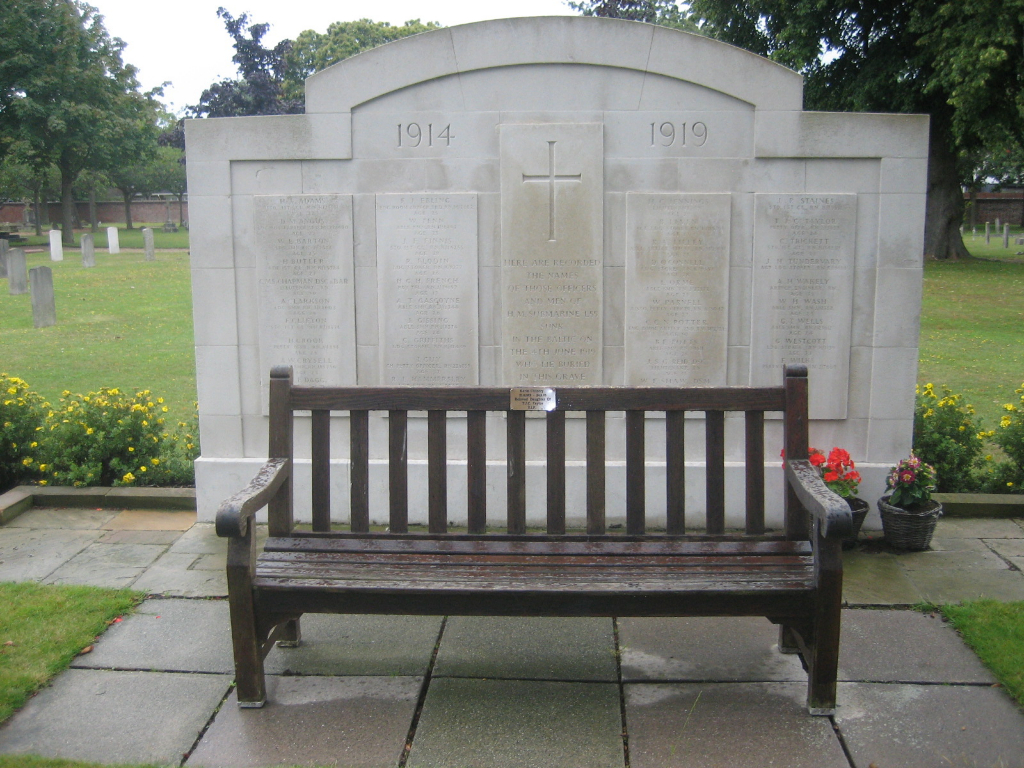 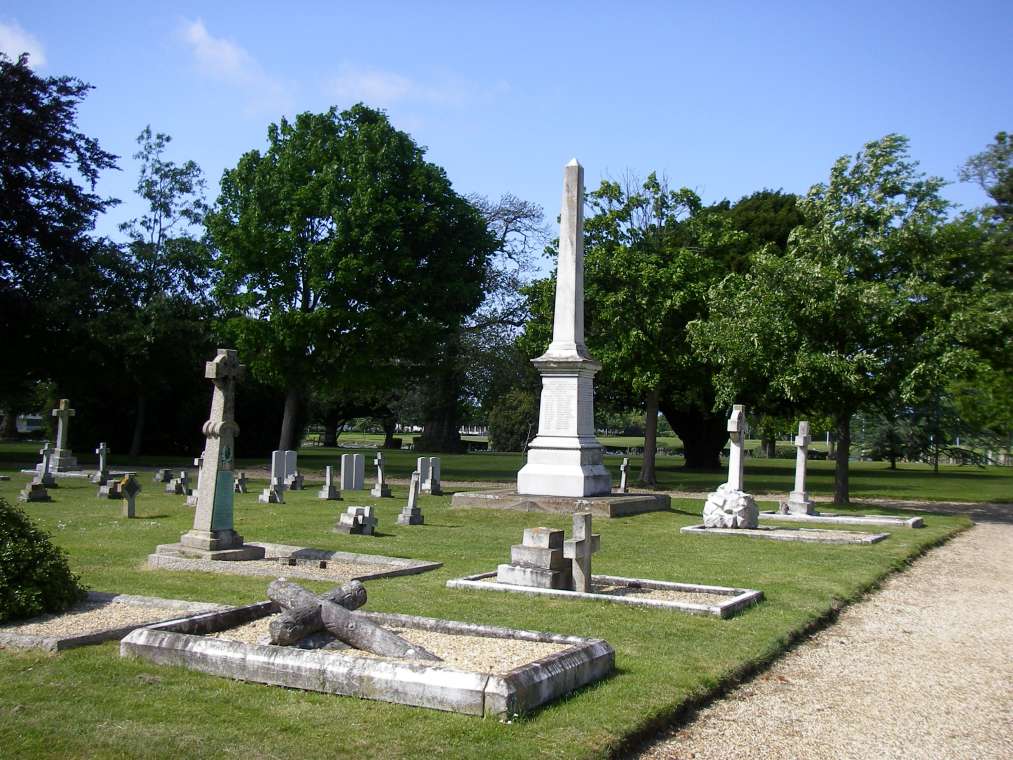 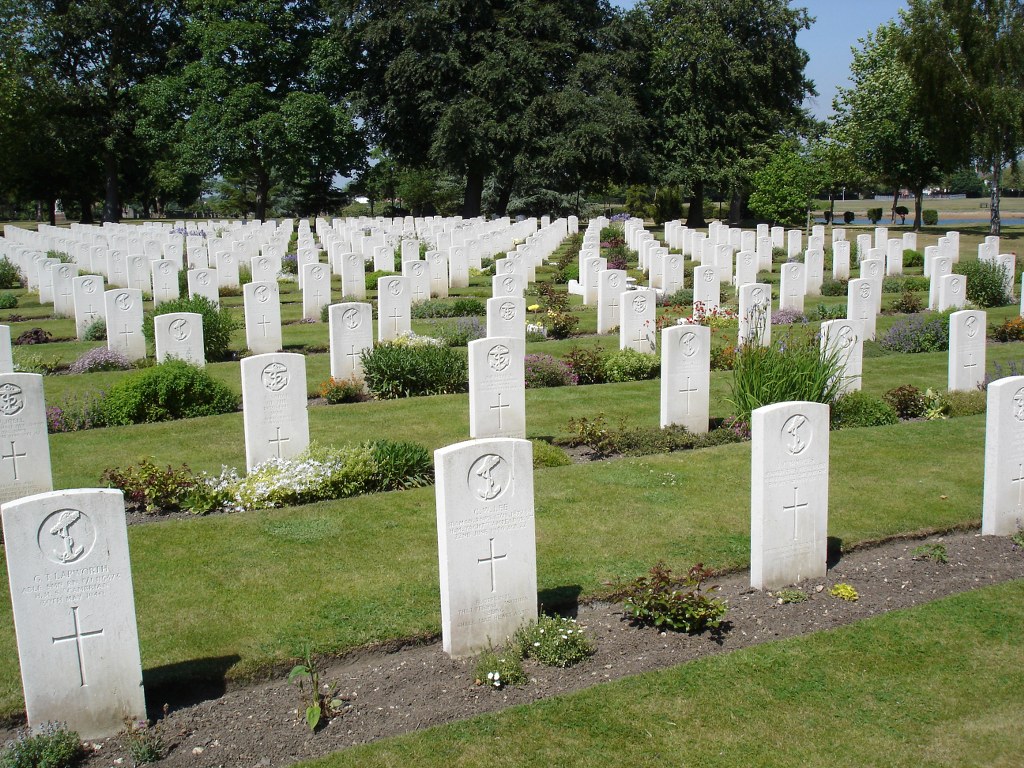 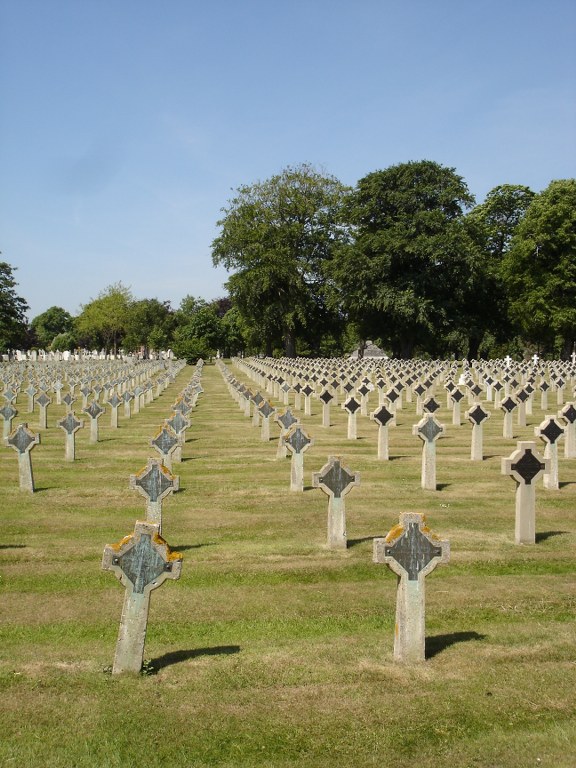 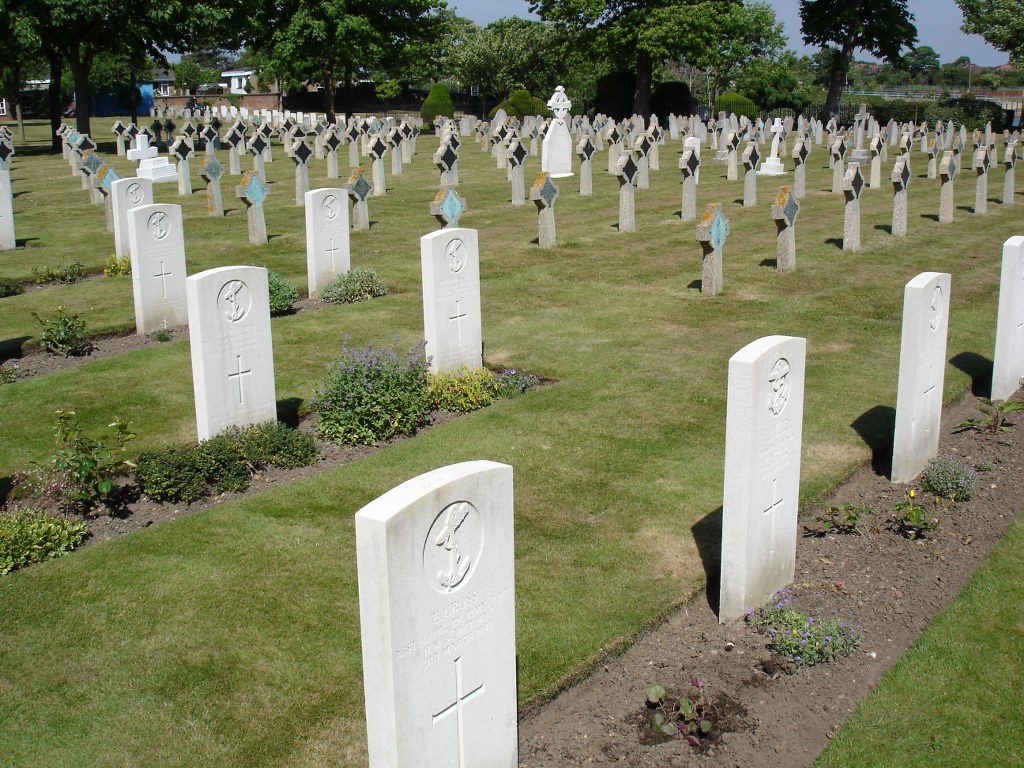 Please note, the large main gate is not opened at weekends and is locked after 1500 on weekdays. Access is then only possible via a small wooden gate.

This cemetery is also known as Clayhall Royal Naval Cemetery. A Visitor Information Panel has recently been installed at Haslar Royal Naval Cemetery to provide information about the war casualties buried here. This is one of many panels being erected to help raise awareness of First and Second World War graves in the UK (Aug 2013).

During both wars, Gosport was a significant sea port and Naval depot, with many government factories and installations based there, as well as the Haslar Naval Hospital. No 5 Squadron Royal Flying Corps were based at Gosport just before the outbreak of the First World War and during the Second World War the town acted as base to No 17 Group Royal Air Force and the Royal Navy Light Coastal Forces.

Haslar Royal Naval Cemetery, which was attached to the Naval Hospital of 2,000 beds, contains 772 First World War graves, 2 of which are unidentified. Most are scattered throughout the cemetery, but the 42 officers and men of HM Submarine "L.55" whose bodies were brought back from the Baltic in 1928 lie together in a collective grave and their names appear on a Screen Wall Memorial.

The Second World War graves number 611, 36 of them unidentified. A number of the graves are scattered throughout the cemetery, but the majority lie together in one or other or five groups, the largest of which contains more than 350 burials, the smallest 25.