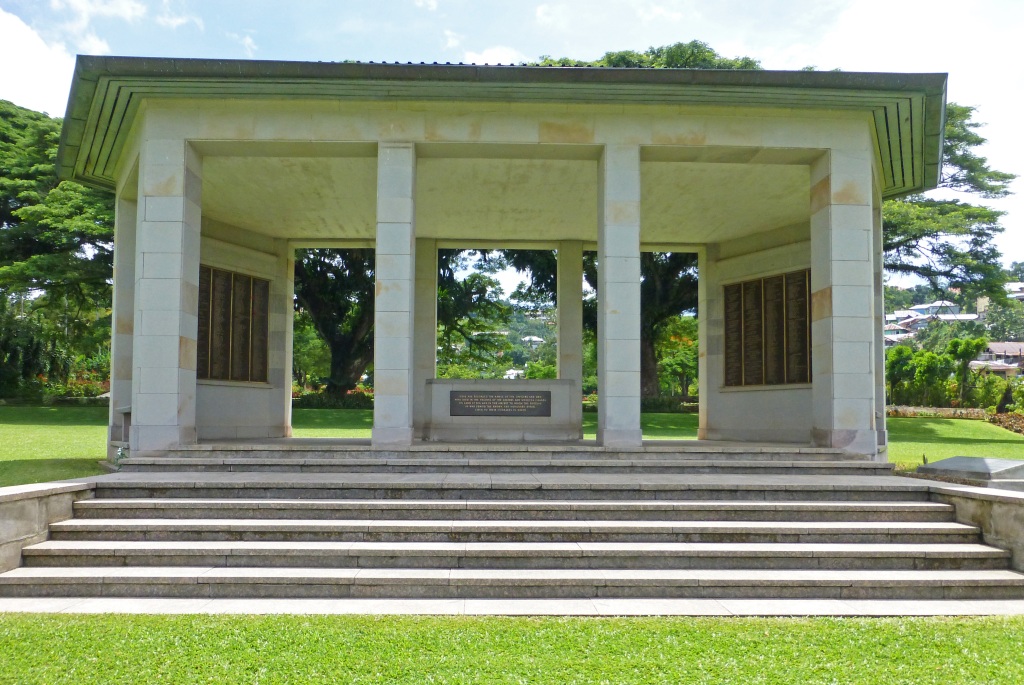 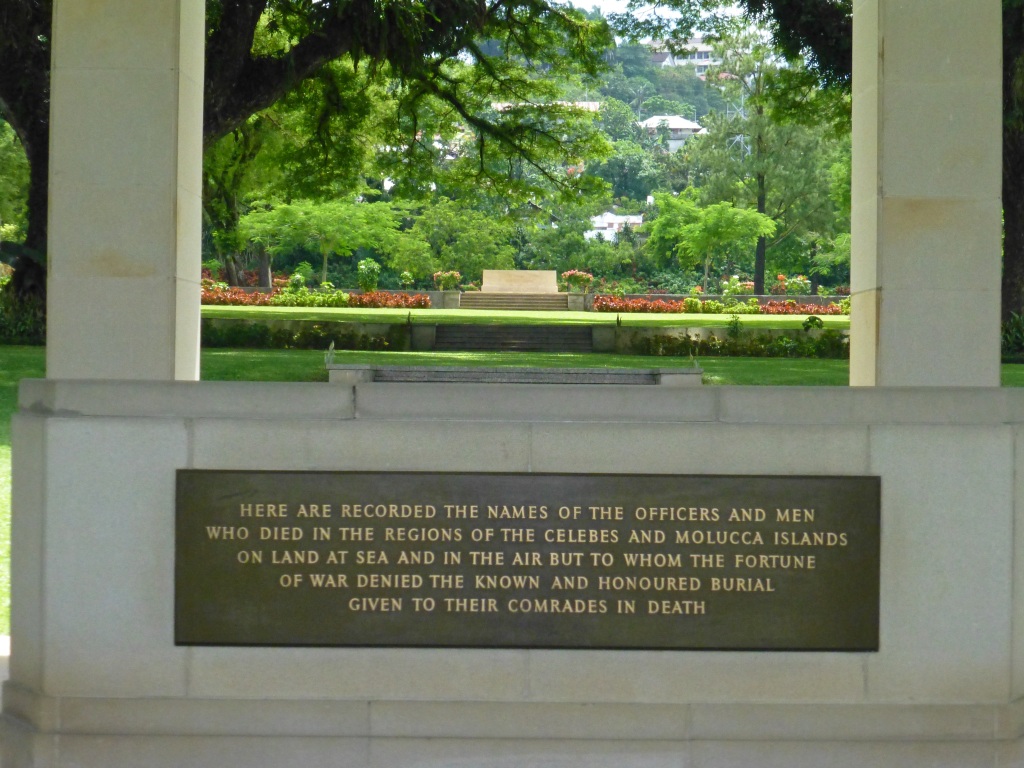 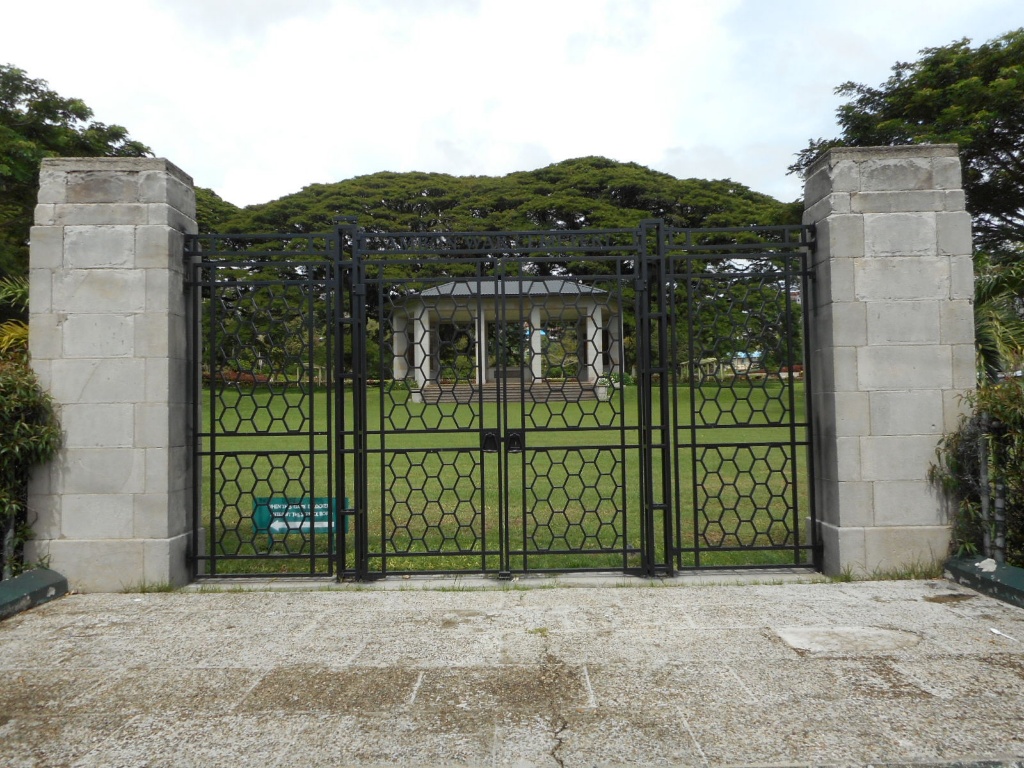 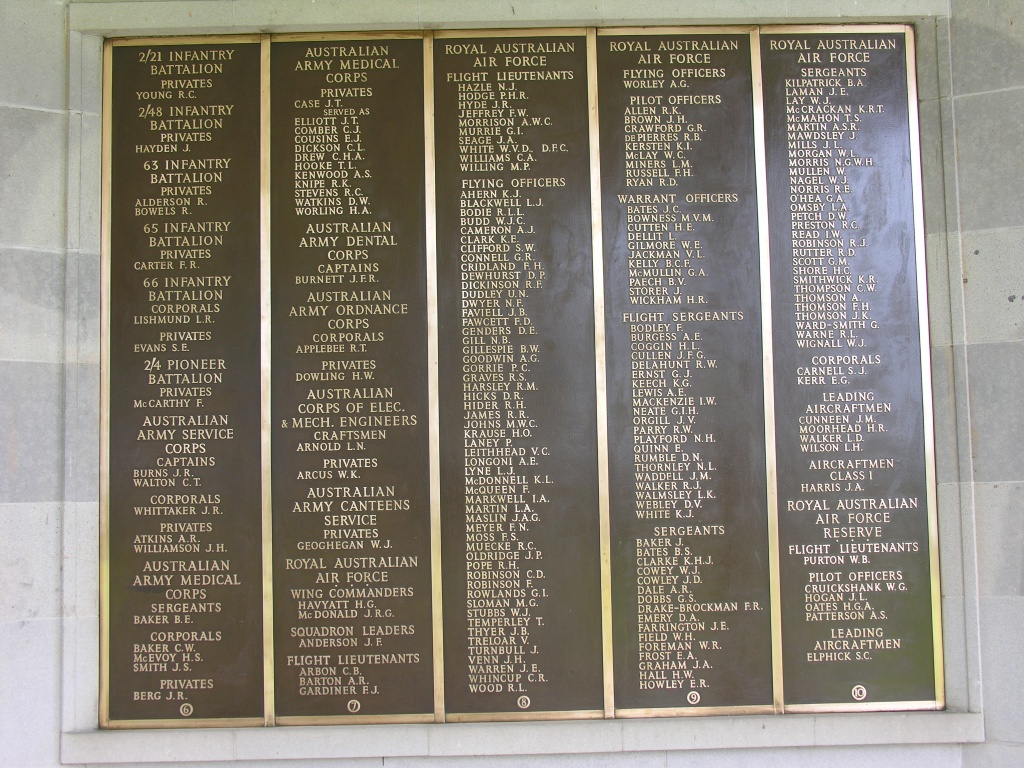 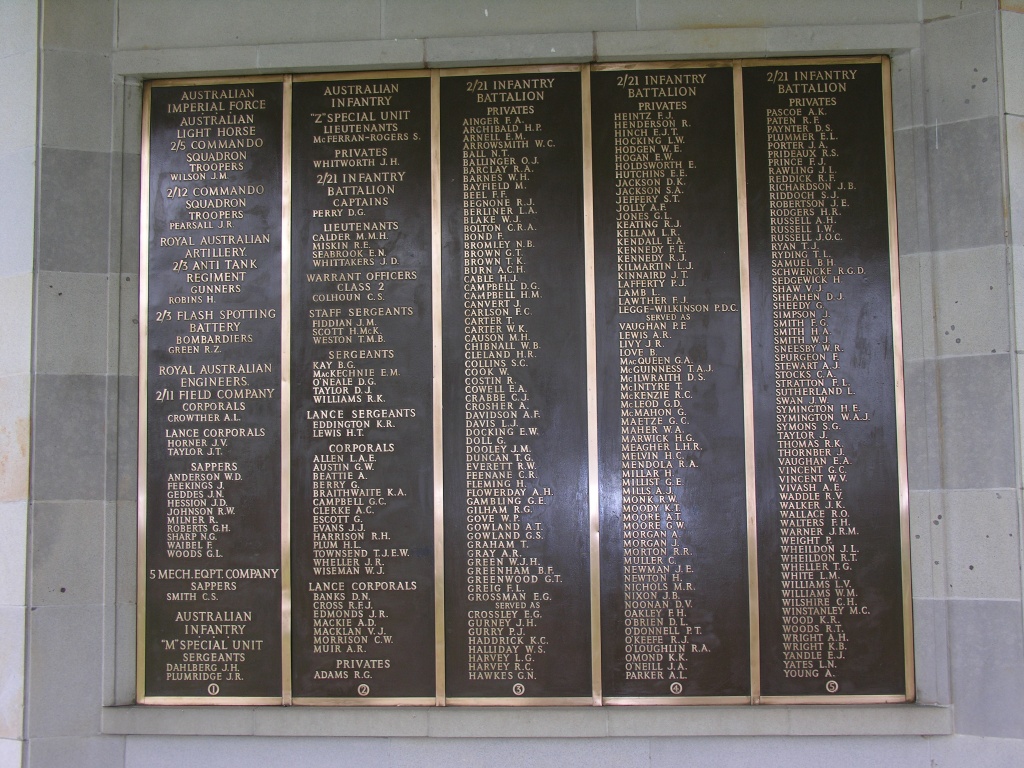 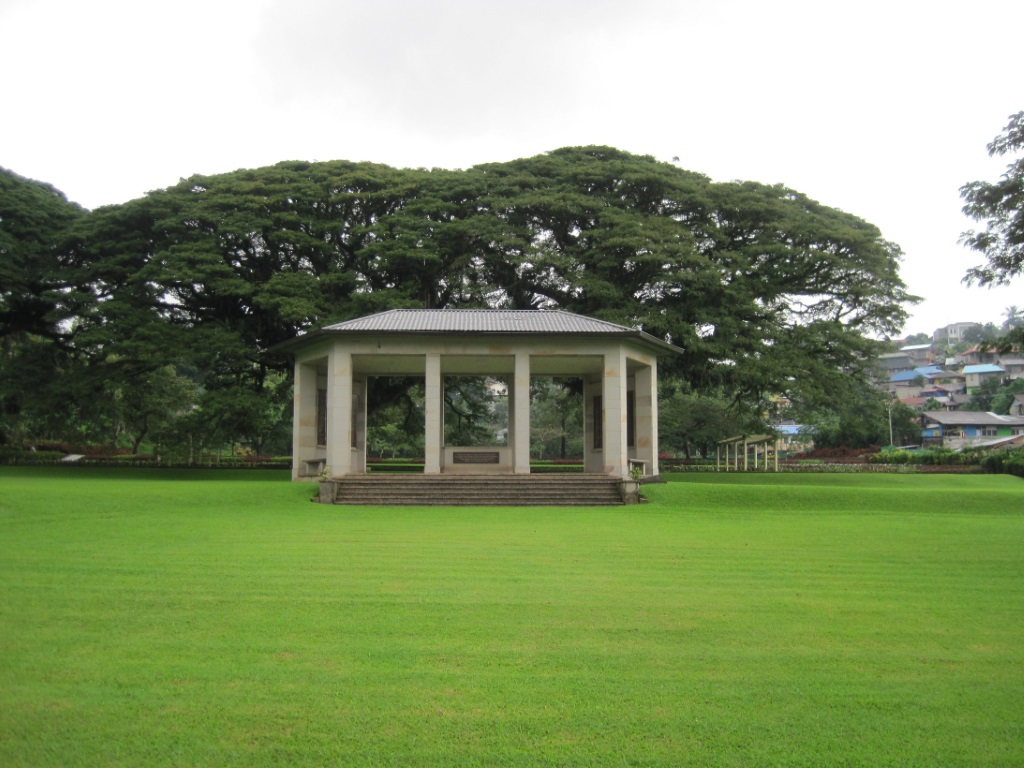 Ambon Island lies close to the south west coast of Ceram in the Molucca Group of Islands. It is reached by air from Jakarta with connecting flights at Makassar in South Sulawesi. The Ambon Memorial, which is in the form of a shelter, stands on the first terrace in Ambon War Cemetery (known locally as the Australian Cemetery), which is on the opposite side of the bay to the airport. It can be reached by taxi travelling around the bay to Ambon town or there is a ferry service across the bay which brings you to Ambon town. The cemetery lies 5 kilometres north-east of Ambon on the main road to Galala. The Memorial stands on a lawn terrace at the front of the cemetery and is approached by a broad flight of steps on the central drive leading from the entrance gates. It is in the form of a shelter building with the roof supported on columns and with bronze name panels affixed to the inside walls. In the centre of the building a low altar-like stone contains the Register box and bears a bronze panel with the following inscription: 1939 - 1945 HERE ARE RECORDED THE NAMES OF OFFICERS AND MEN WHO DIED IN THE REGIONS OF THE CELEBES AND MOLUCCA ISLANDS ON LAND AT SEA AND IN THE AIR BUT TO WHOM THE FORTUNE OF WAR DENIED THE KNOWN AND HONOURED BURIAL GIVEN TO THEIR COMRADES IN DEATH.

THE COMMISSION STRONGLY ADVISES THAT THE FOREIGN AND COMMONWEALTH OFFICE SHOULD BE CONTACTED BEFORE ATTEMPTING TO VISIT. Their details are as follows:

Ambon War Cemetery is open at all times. If the gates to the Cemetery are locked entry can be made through the side entrance and the resident head gardener's accommodation. A notice to this effect is situated inside the main cemetery gates.

The Ambon Memorial was constructed on the site of a former prisoner of war camp, and commemorates 442 officers and men of the Australian forces who have no known grave. Of these, nearly 300 belonged to the Australian Army and over 150 to the Royal Australian Air Force; they lost their lives in Ambonia, in other islands of the Molucca group and in Celebes. Many of those commemorated here died in the defence of Ambonia in the early months of the war against Japan and others were killed in the Allied assault on Japanese air bases established on Ambonia and Celebes. A large number perished in Japanese prisoner of war camps.