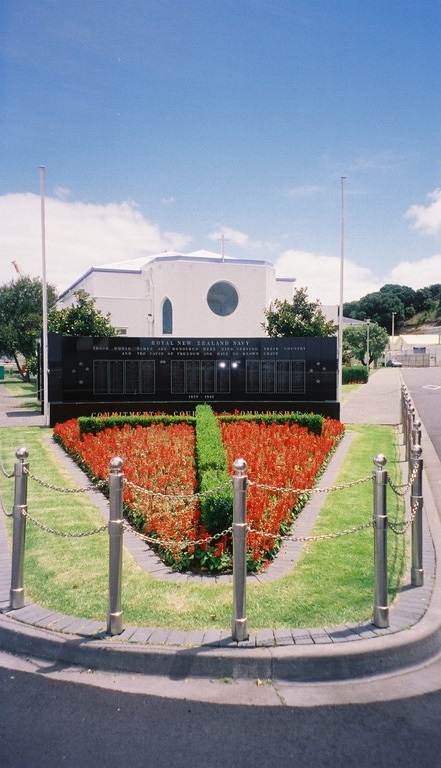 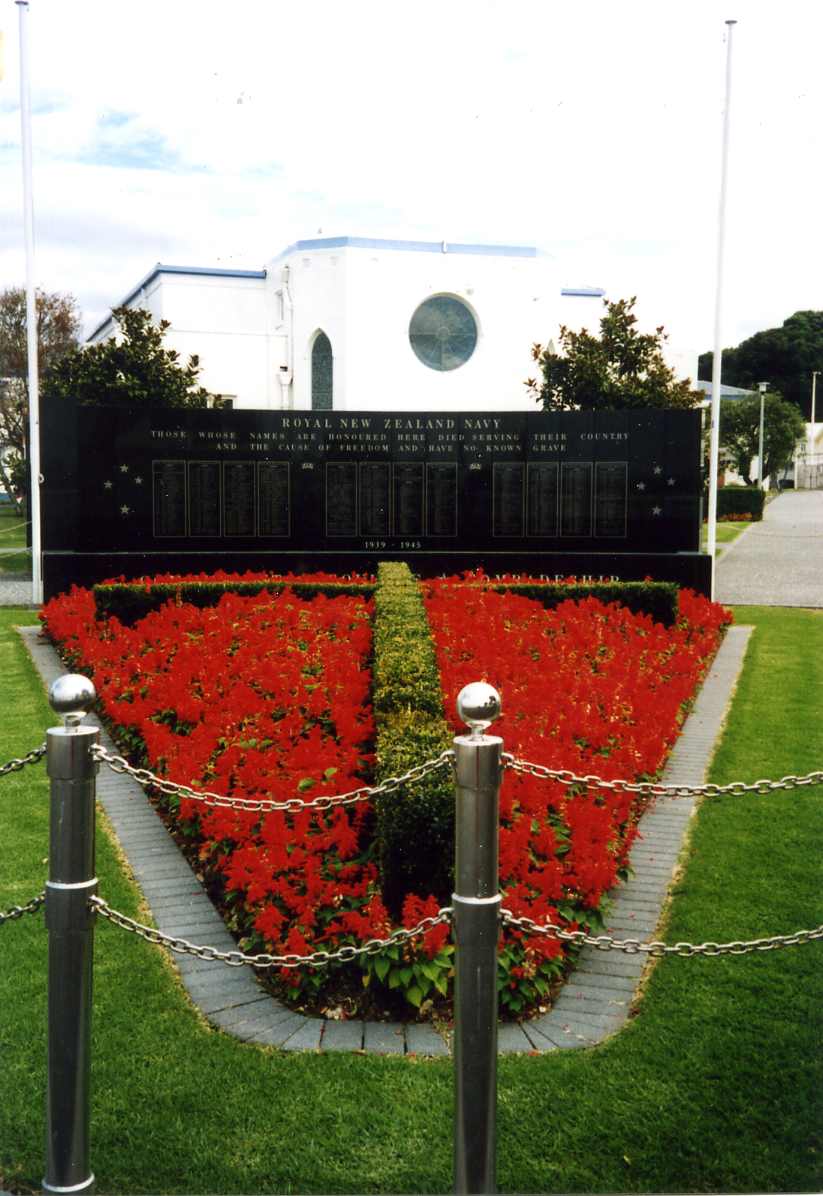 The New Zealand Naval Memorial stands at the Devonport Naval Base, H.M.N.Z.S. Philomel, within sight of the main gates and in front of the chapel of St. Christopher.

The memorial commemorates 352 officers and men of the Royal New Zealand Navy, Royal New Zealand Naval Reserve and the Royal New Zealand Naval Volunteer Reserve who died in all parts of the world during the Second World War and who have no known grave; the greater part lost their lives at sea, but some died in captivity at the hands of the Japanese. Nearly half of those commemorated went down with H.M.S. Neptune in 1941. The memorial takes the form of a long, slightly curved wall, bearing the names of the war dead on twelve bronze panels arranged in three groups. Above the names is the following inscription: ROYAL NEW ZEALAND NAVY THOSE WHOSE NAMES ARE HONOURED HERE DIED SERVING THEIR COUNTRY AND THE CAUSE OF FREEDOM AND HAVE NO KNOWN GRAVE and underneath the names are the dates 1939 - 1945.