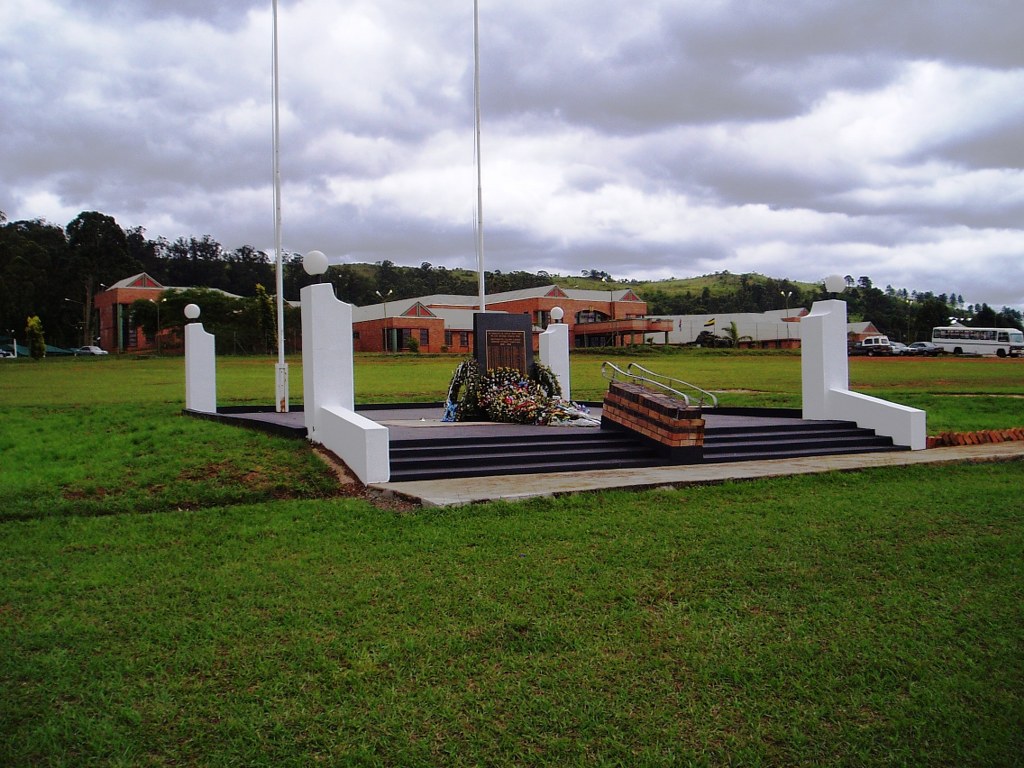 The Memorial is located in a large open space in front of the national Army Headquarters building at Bethany, an area between Mbabane, the capital, and Manzini, where the airport is situated. If approaching from Manzini on the main MR3 road, take the exit about 8 kilometres out of Manzini on to the MR103 road, the old main road between the two towns, and head towards Malkerns. The Army Headquarters is just a few kilometres along this road on the right hand side, and the memorial is easily visible from the road.

The Memorial takes the form of a bronze plaque fixed to a polished black marble plinth. It records, among others, the names of 53 Swazi soldiers who died in Swaziland during the 1939-1945 War and whose graves could not be maintained, and 24 who died in Egypt and who have no known graves - whose commemoration at this site the Commission is responsible for. The other Swazi servicemen who died during the war recorded on the plaque are commemorated by the Commission elsewhere. The dedicatory inscription, in Siswati, reads: IN MEMORY OF THOSE WHO DIED IN THE SECOND WORLD WAR 1939-1945