The original Hong Kong Memorial was constructed as a general memorial to the missing following the First World War. It did not include names on the structure, although 945 names were included in a memorial register. Following the Second World War, a second general inscription was added to commemorate those who died in that conflict, with their names again added to a register. In 2006 a new memorial was constructed and the names in these registers were inscribed upon it. 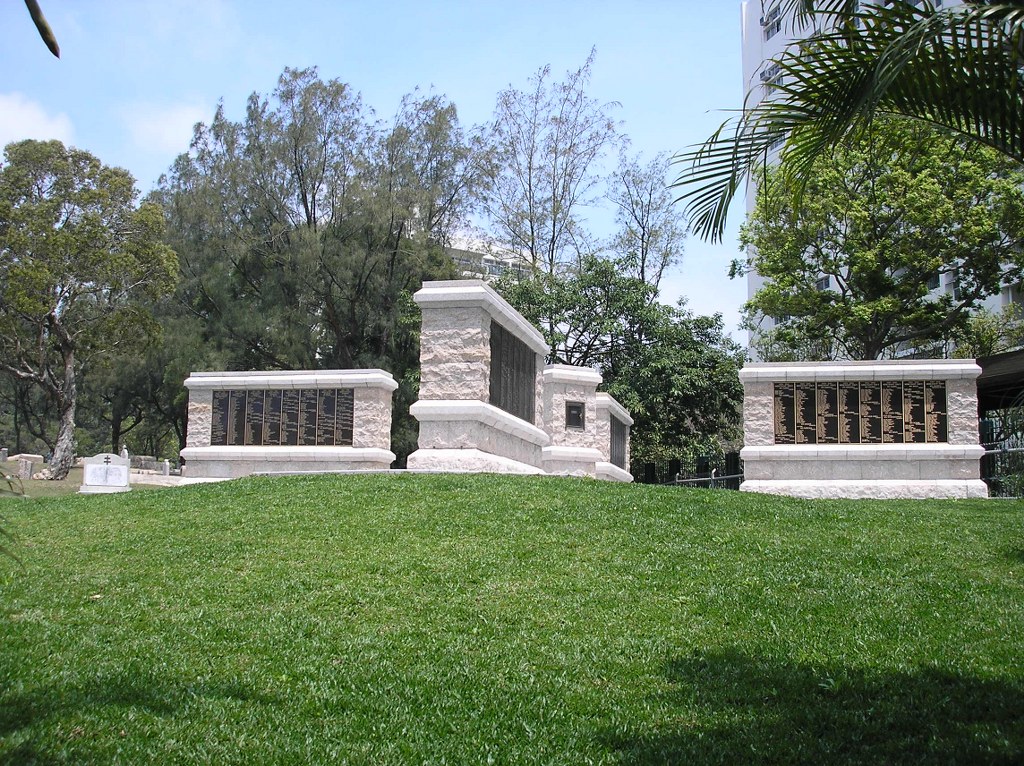 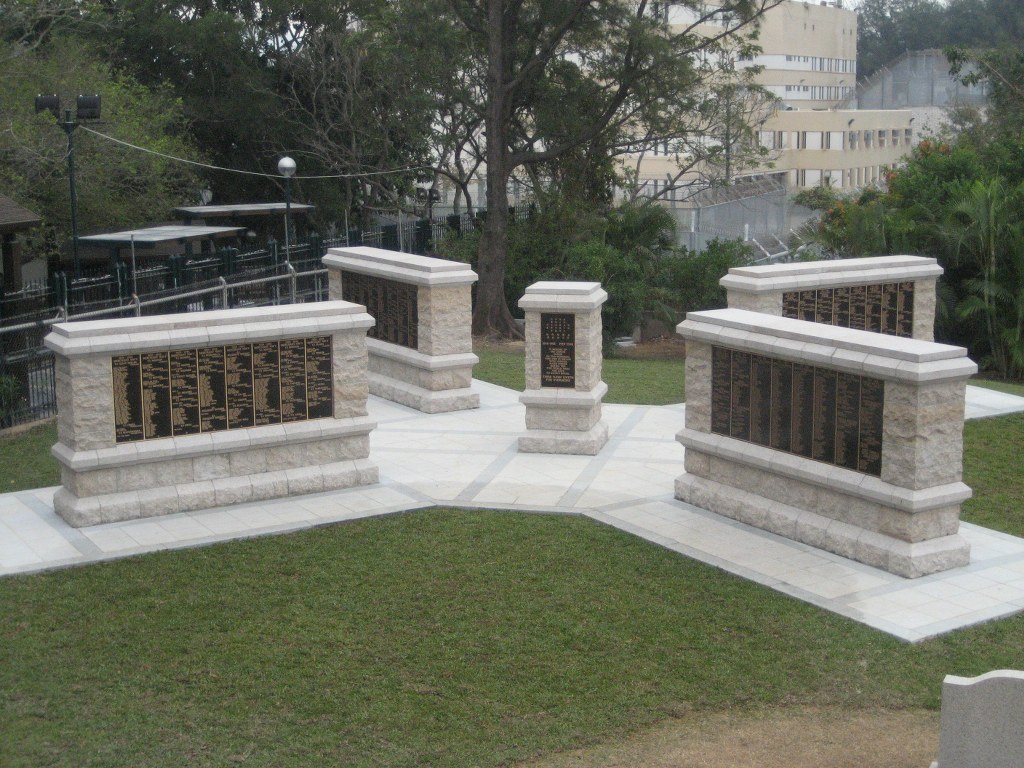 The new Hong Kong Memorial is located within Stanley Military Cemetery. The cemetery is just beyond the town of Stanley in the southern part of Hong Kong island on the Tai Tam Peninsula. From Stanley take the Wong Ma Kok Road. The cemetery is adjacent St Stephen's College and is close to St Stephen's beach. It is reached from Victoria by car along a winding, hilly road which at first overlooks the harbour and mainland. After climbing to the pass called Wong Nei Cheng Gap the road descends to the sea at Repulse Bay and then continues along the rocky hillside to Stanley. The cemetery is located Wong Ma Kok Road, Stanley, Hong Kong Island. Take bus routes Nos. 6, 6X or 260 to Stanley prison from Exchange Square bus terminus, adjacent to Exit B1 of mass transit railway Hong Kong station and alight at Stanley village (Stanley market) bus stop on Stanley Village Road. Follow the direction signs and walk towards south along Wong Ma Kok Road for approximately 800 metres. To travel to Stanley Military Cemetery from Sai Wan Cemetery walk upwards along Cape Collinson Road for approximately 600 metres to Shek O Road then turn right onto Tai Tam Road. Take bus route No. 14 to Stanley Fort and alight at St Stephens’s College Preparatory School bus stop on Wong Ma Kok Road then walk back in the opposite direction for approximately 100 metres.

The Memorial is situated on the far right of the pathway which leads from the top of the main entrance steps in Stanley Military Cemetery. This site is open every day between 08:00 and 17:00.

The cemetery is constructed on a hill with the only means of access being via four flights of steps, rising approximately 10 metres above the road level. The location or design of this site, makes wheelchair access impossible. For further information regarding wheelchair access, please contact our Enquiries Section on telephone number 01628 507200.

The original Hong Kong Memorial was a granite "pailau", or arch, erected at the main entrance to the Botanical Gardens on the East side of Victoria. It was designed after the First World War as a general memorial to all Chinese who served and died with the Commonwealth forces. More than half served with the Chinese Labour Corps, which served in France and Belgium and are buried or commemorated there. Others, who served with the Commonwealth navies, merchant services and various military works units (in particular the Royal Engineers, Inland Water Transport) often had no known grave because they died at sea or on the waterways of Iraq.

During the Second World War, Chinese living in Hong Kong and Singapore served with local auxiliary formations of fighting forces, such as the Hong Kong Volunteer Defence Corps. Many of the dead have known graves, but as local records were lost or destroyed during the Japanese occupation, there are many more whose names and graves are not known. After the war, the Chinese community in Hong Kong suggested that the existing memorial be given a new inscription commemorating in general terms all Chinese dead of both wars. This suggestion was adopted and the following inscription in English and Chinese was added:-

This inscription has been incorporated into the new memorial, erected in 2006. Unlike the original memorial, this new memorial is inscribed with the names of the 941 casualties of the First World War and 1,493 from the Second World War, whose graves are not known.