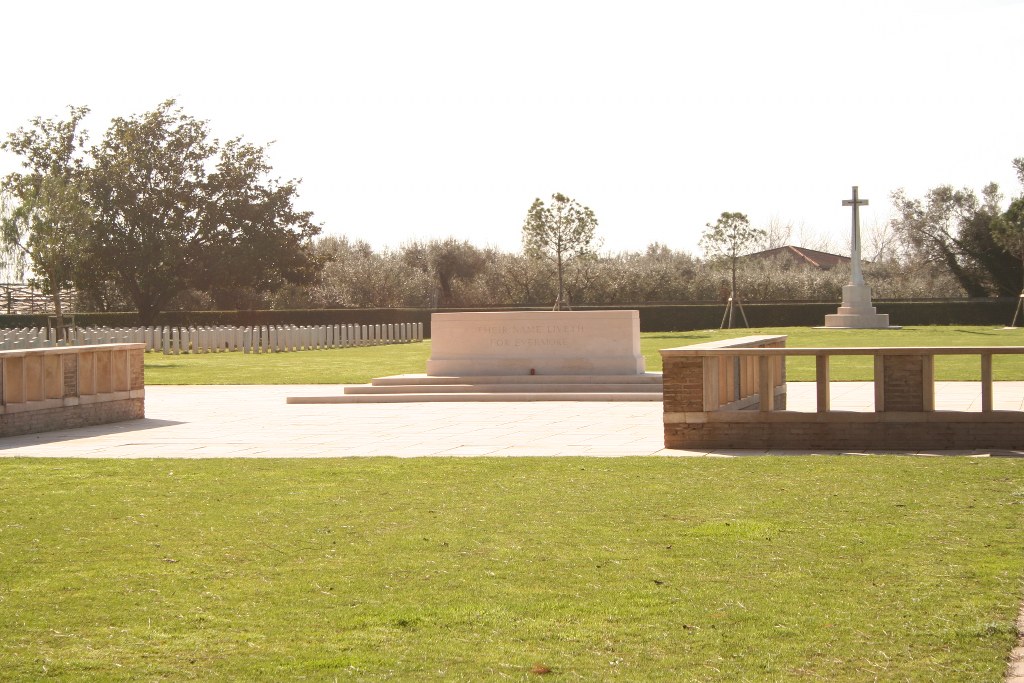 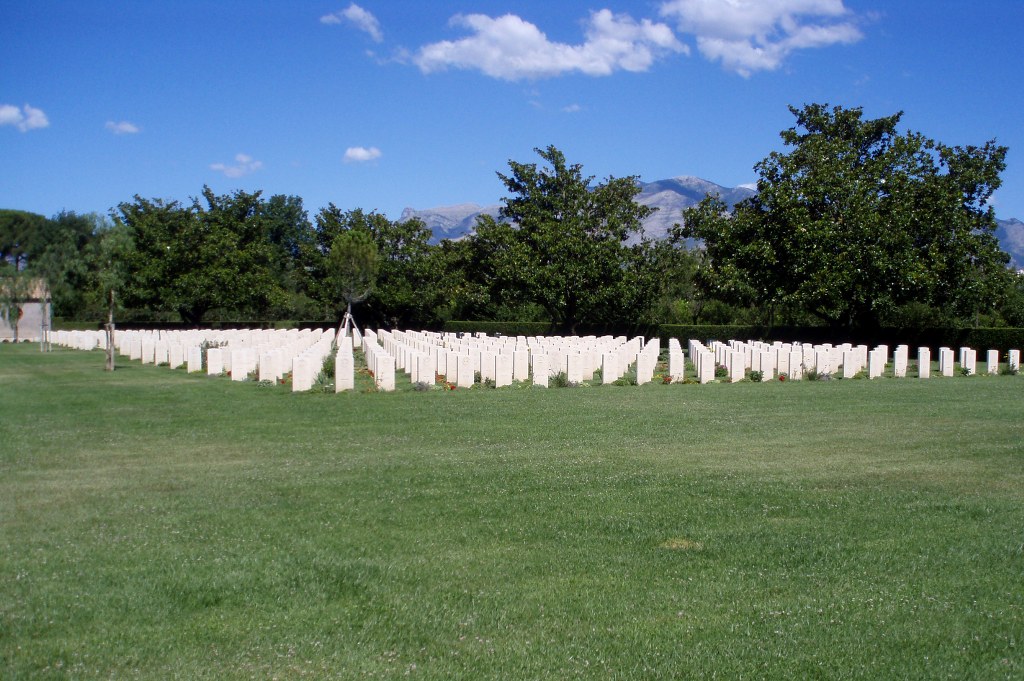 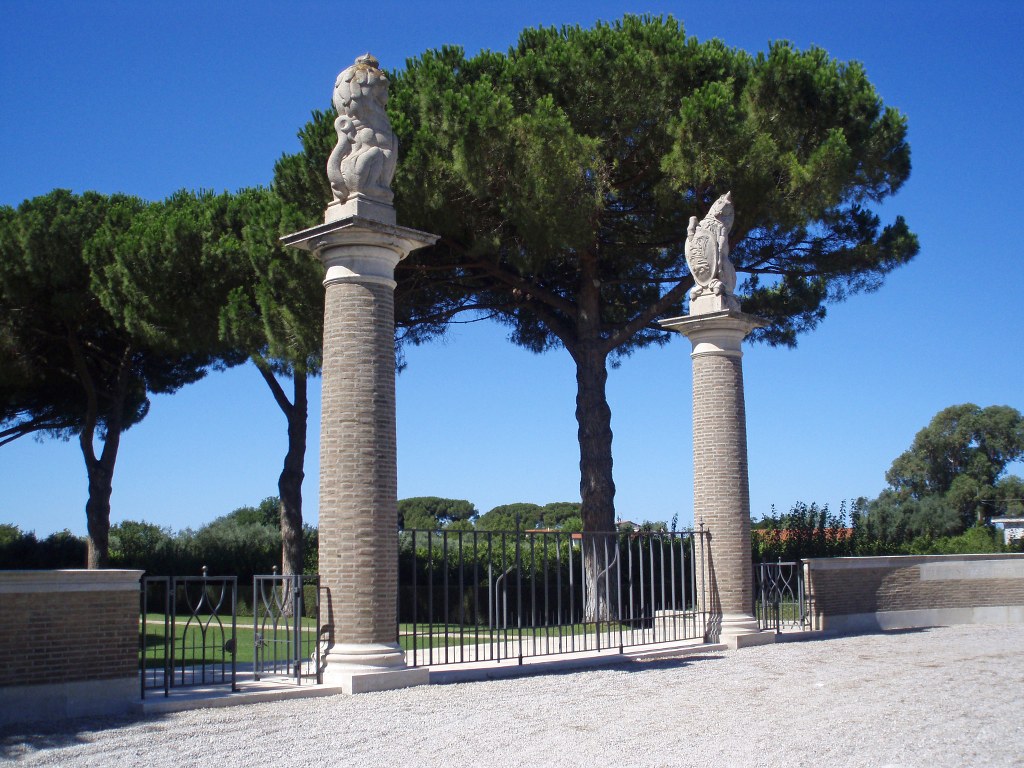 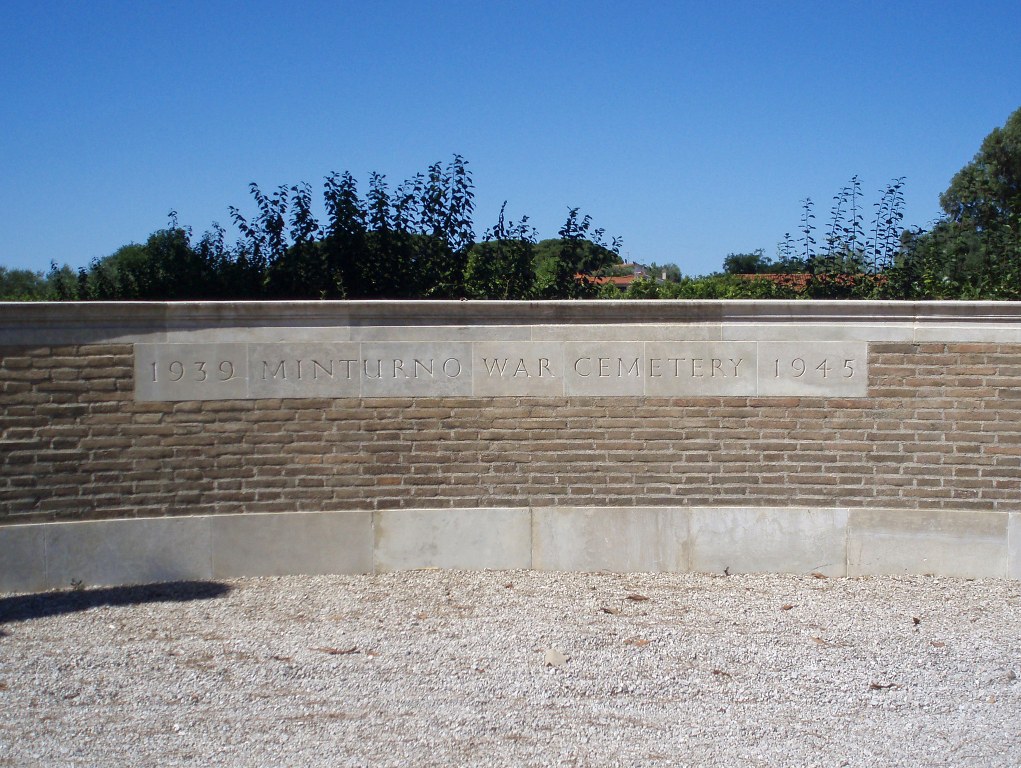 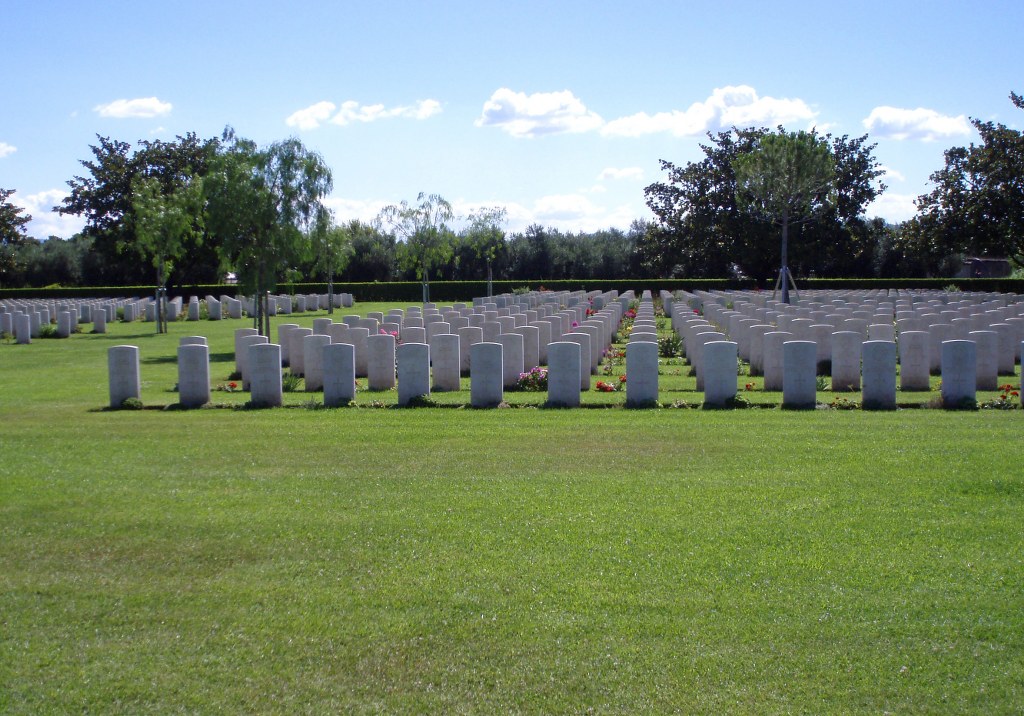 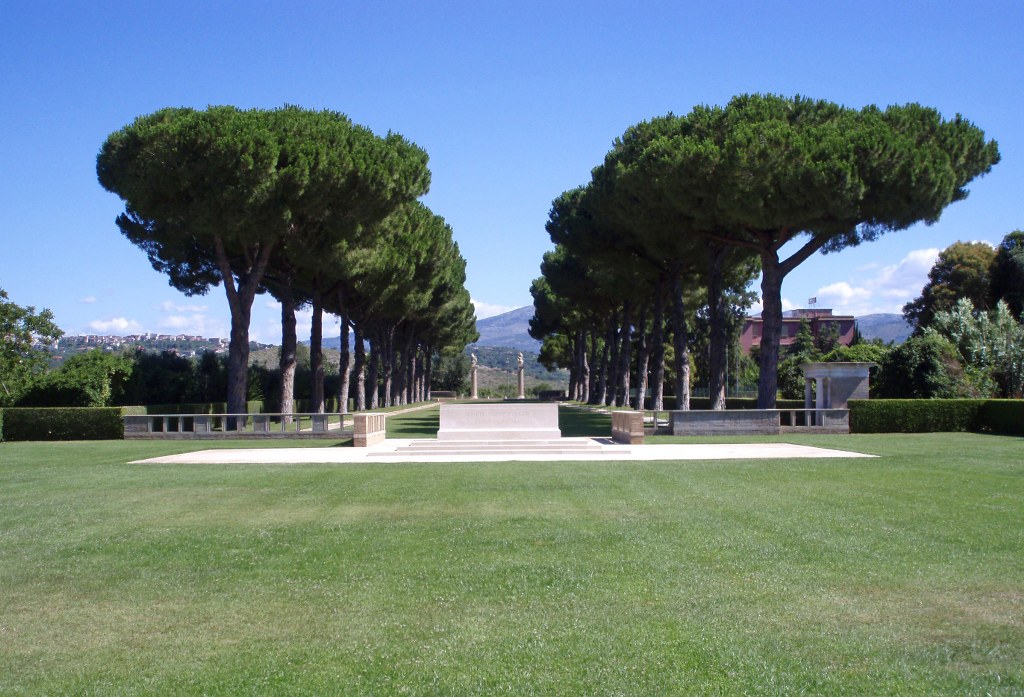 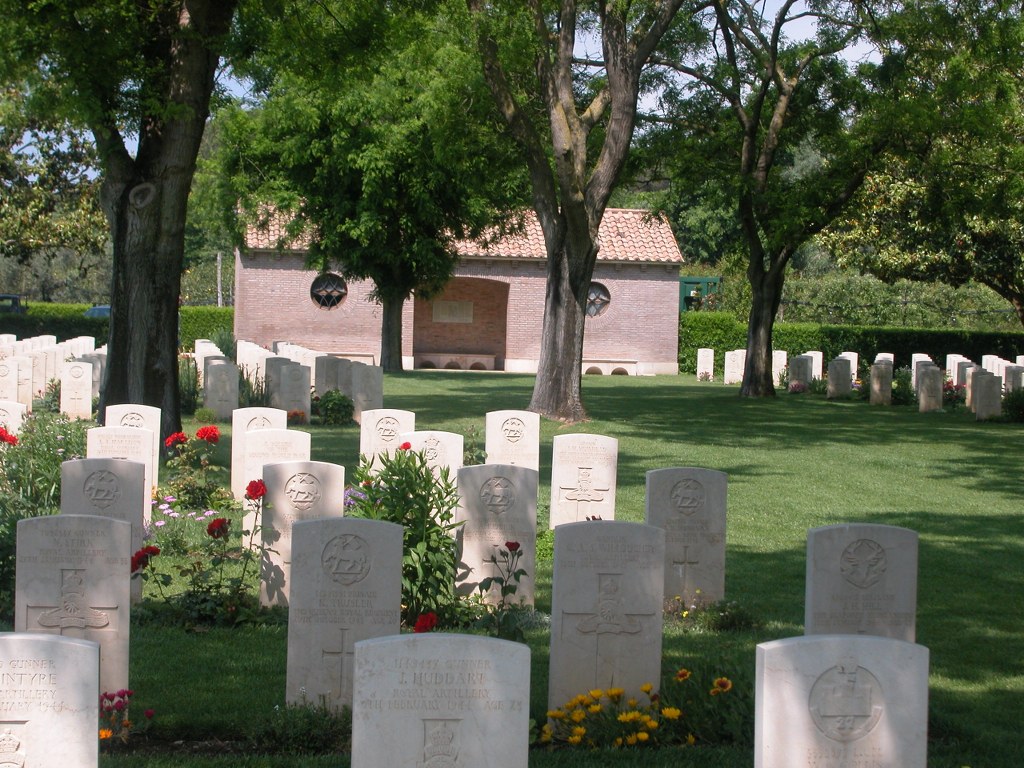 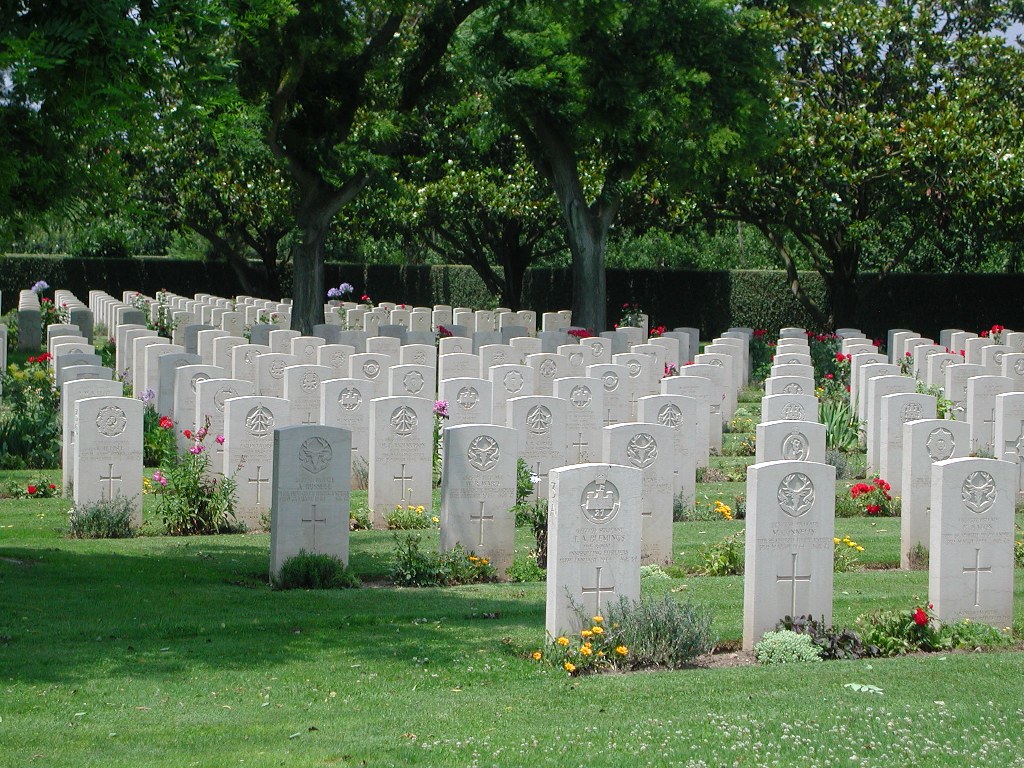 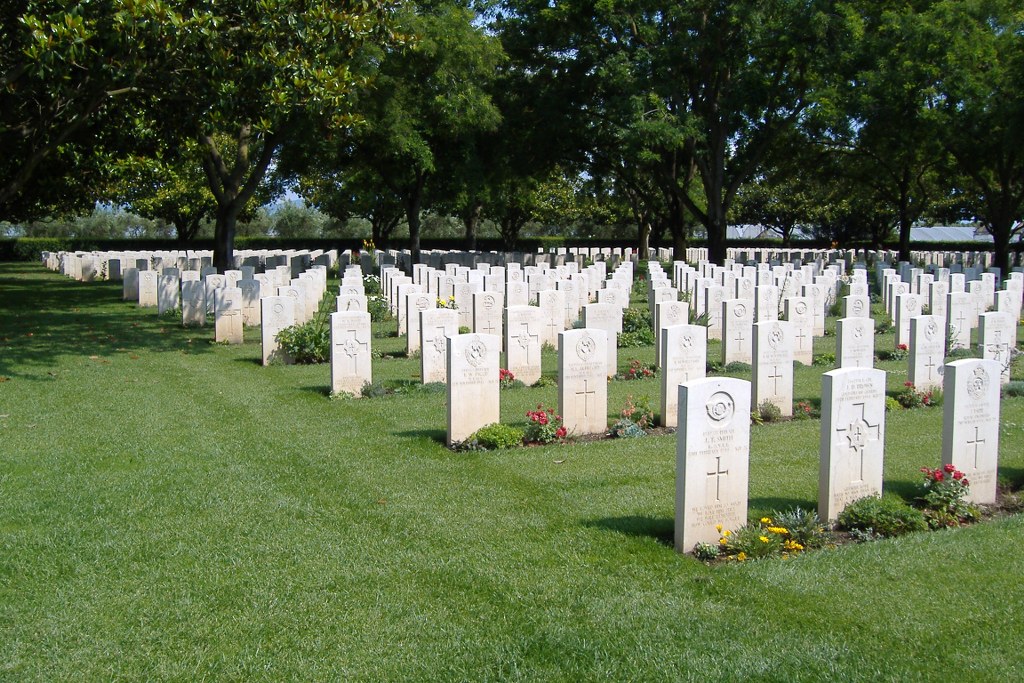 Minturno is about 78 kilometres north of Naples, close to the coast. The cemetery lies several kilometres south of the town on the SS7 road to Naples and is situated in the locality of Marina di Minturno (Garigliano). To reach the cemetery take the Cassino exit from the A1 motorway, then turn right to follow Ausonia, Formia, Minturno. At about 30 km the road runs tangientially to a flyover. Go under the flyover, turn left and take the SS7 Appia road towards Scauri and Naples. Go over Scauri and then, after 4 kilometres, to Marina di Minturno and the cemetery is a further 3 kilometres, on the right hand side. Cemetery address: Via Virilassi, 1 - 4020 Marina di Minturno (LT) Lazio. GPS Co-ordinates: Main entrance to cemetery; Latitude: 41.243006, Longitude: 13.766556 Back entrance gate to cemetery; Latitude: 41.240844, Longitude: 13.765905.

On 3 September 1943 the Allies invaded the Italian mainland, the invasion coinciding with an armistice made with the Italians who then re-entered the war on the Allied side. Allied objectives were to draw German troops from the Russian front and more particularly from France, where an offensive was planned for the following year. Progress through southern Italy was rapid despite stiff resistance, but by the end of October, the Allies were facing the German winter defensive position known as the Gustav Line, which stretched from the river Garigliano in the west to the Sangro in the east. Initial attempts to breach the western end of the line were unsuccessful and it was not until 17 January 1944 that the Garigliano was crossed, and Minturno taken two days later. The site for the cemetery was chosen in January 1944, but the Allies then lost some ground and the site came under German small-arms fire. The cemetery could not be used again until May 1944 when the Allies launched their final advance on Rome and the US 85th and 88th Divisions were in this sector. The burials are mainly those of the heavy casualties incurred in crossing the Garigliano in January. Minturno War Cemetery contains 2,049 Commonwealth burials of the Second World War. The cemetery was designed by Louis de Soissons.