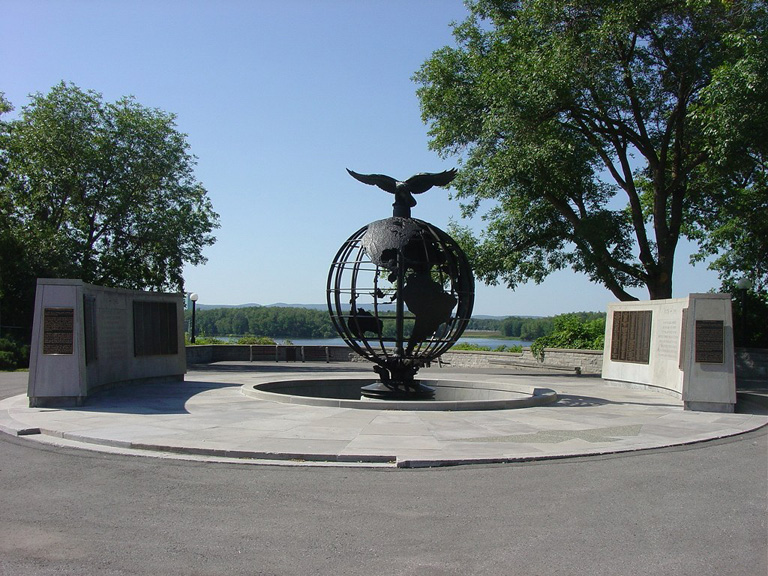 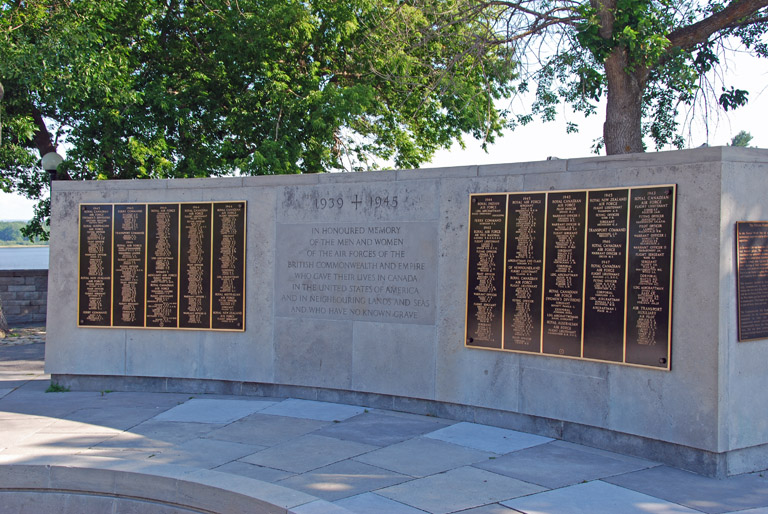 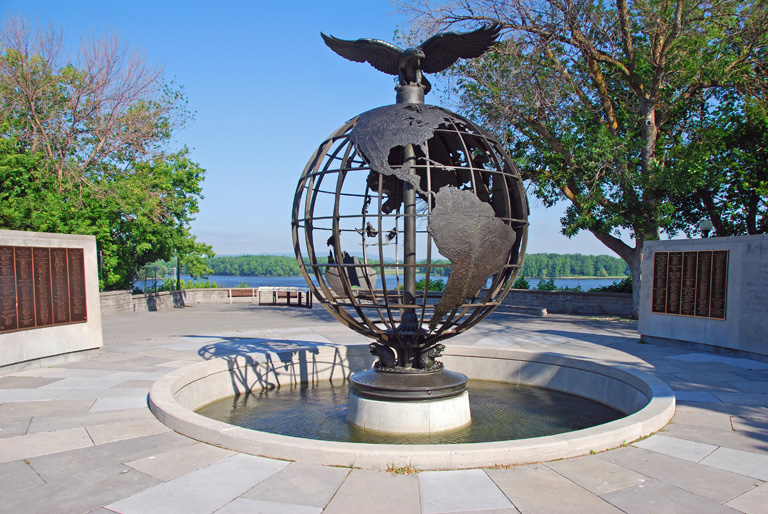 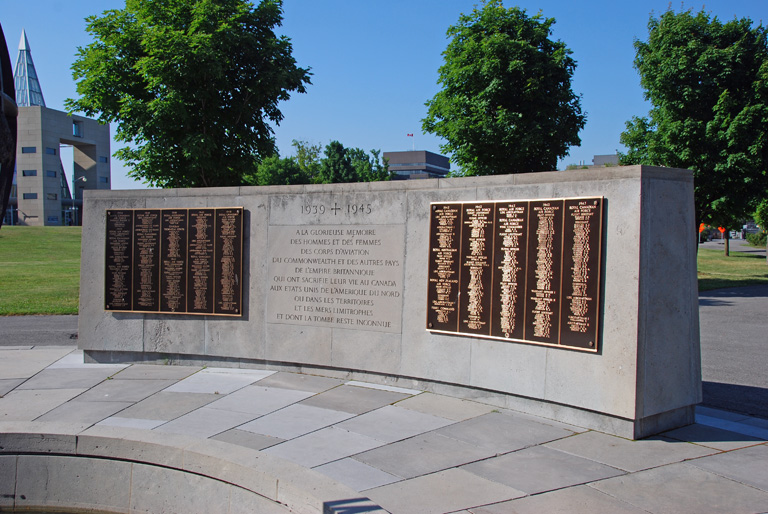 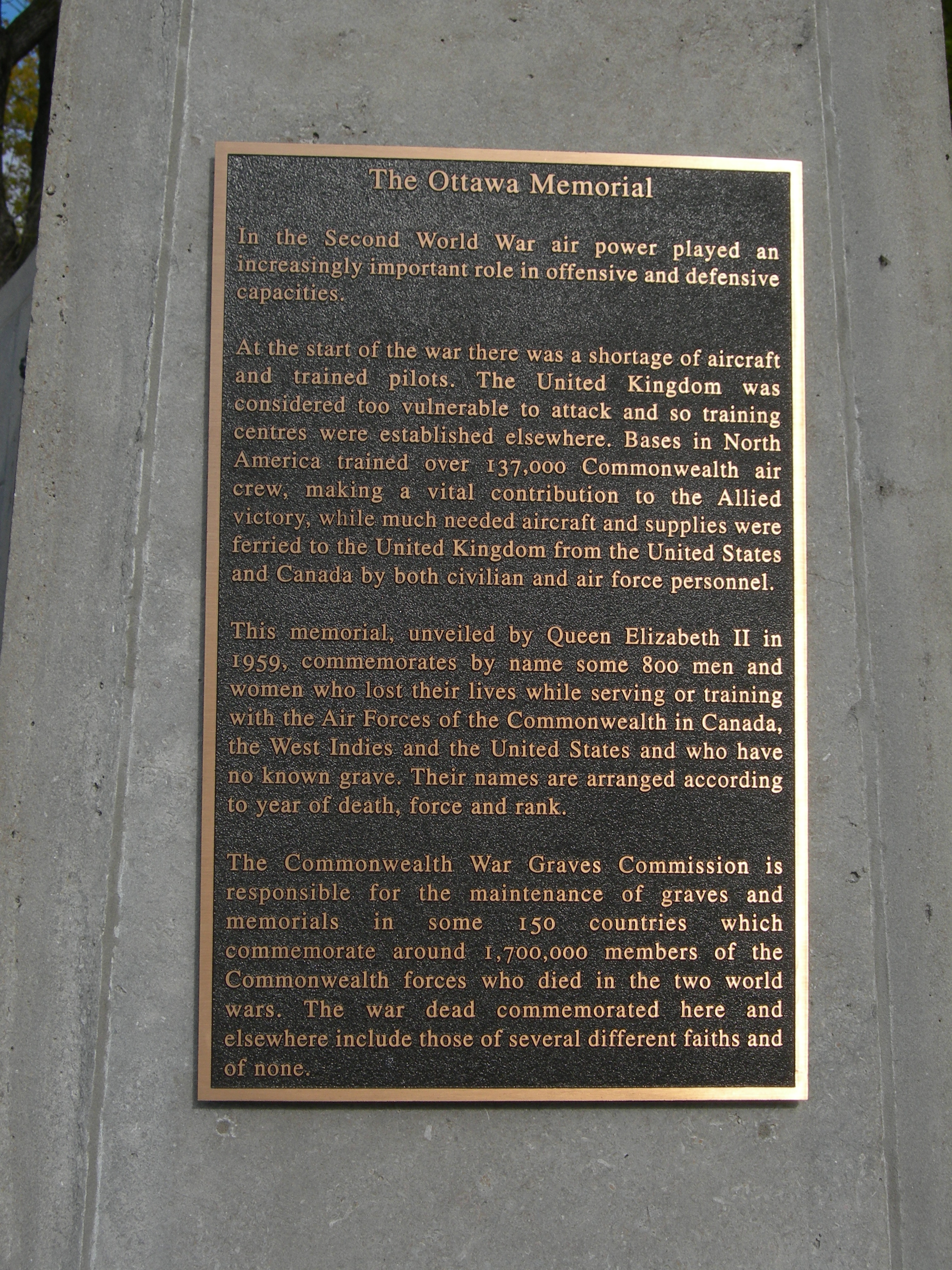 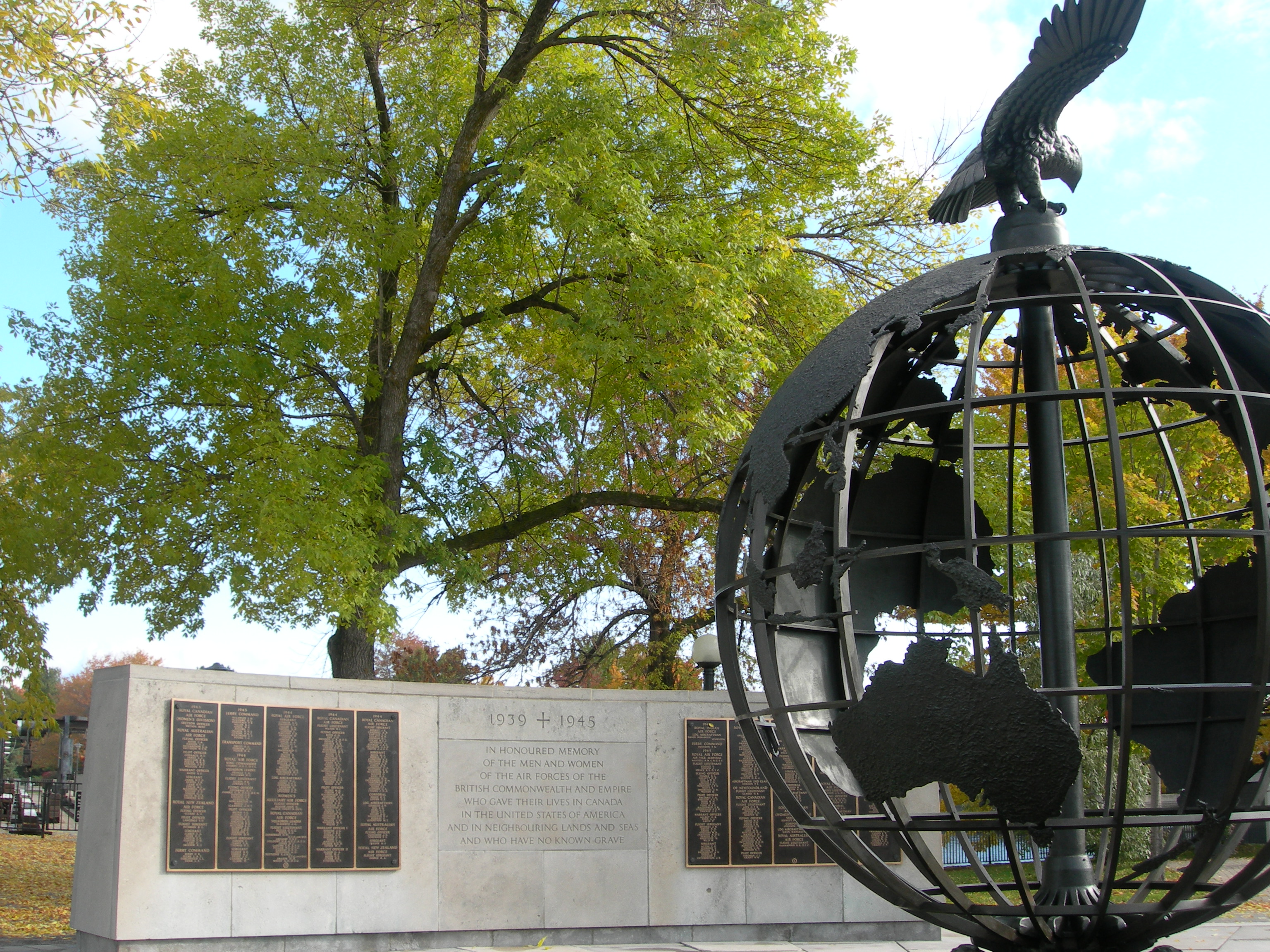 The Ottawa Memorial stands on the north-eastern point of Green Island in the City of Ottawa, overlooking the Rideau Falls.

The Ottawa Memorial commemorates almost 800 men and women of the Air Forces of the Commonwealth who lost their lives while serving in units operating from bases in Canada, the British West Indies and the United States of America, or while training in Canada and the U.S.A., and who have no known graves.