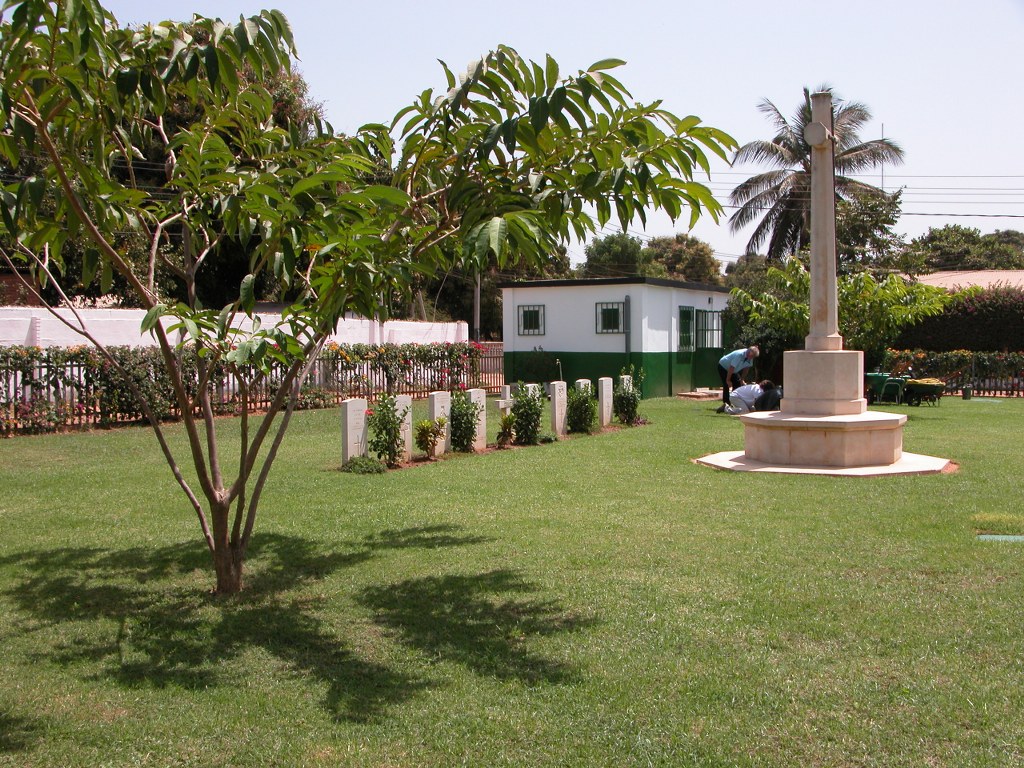 Fajara War Cemetery is open every day between 06:00 and 18:00. Wheelchair access possible via main entrance.

During the Second World War the four territories in West Africa - including Gambia - became bases for recruiting and training men for the armed forces and their ports and harbours were of great value to convoys bound for the Middle East, India, South Africa and South America. By the end of 1942, coastal defence artillery had been installed and manned in all the principal West African ports. Bathurst (now Banjul) became a naval base. FAJARA WAR CEMETERY contains 203 Commonwealth burials of the Second World War, 4 of which are unidentified. There are also 10 non-war service burials and 3 war graves of other nationalities. The cemetery also contains the R.W.A.F.F. MEMORIAL TABLET commemorating 33 of the men of Gambia who served in the Royal West African Frontier Forces who died whilst serving in West Africa and whose graves are not known or cannot be maintained.