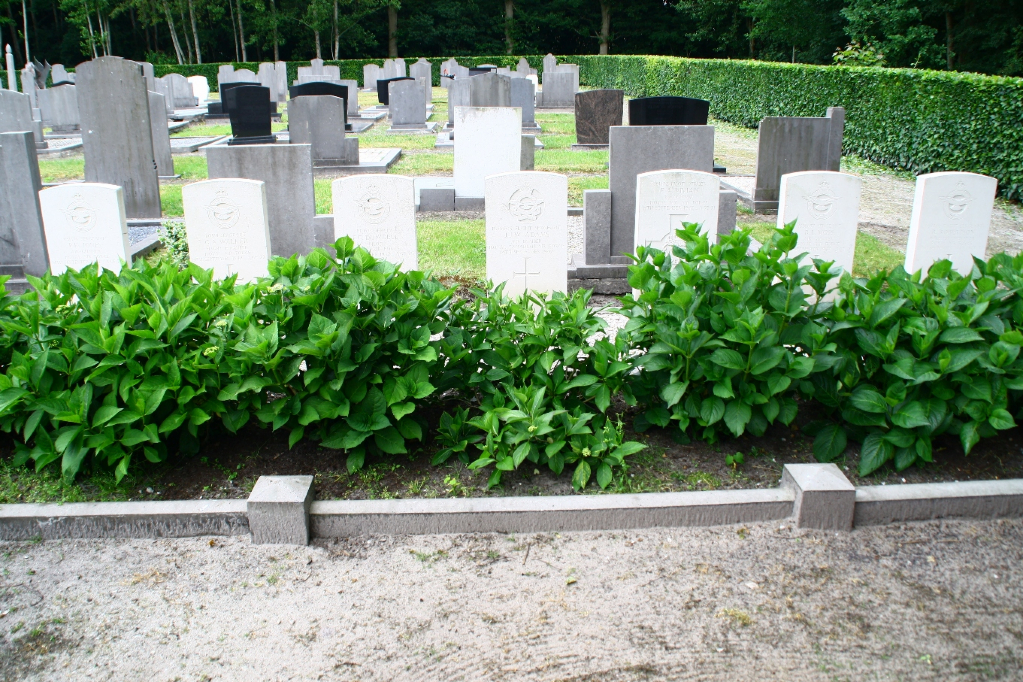 Nieuwehorne is a village in the commune of Heerenveen. It is 45 kilometres south-south-east of Leeuwarden, 33 kilometres south-east of Sneek and 7 kilometres east of the Leeuwarden-Meppel Road. The cemetery is on the north-eastern outskirts of the village, on the road to Oudehorne. In the south-western corner are the graves of seven airmen, five of whom came from the United Kingdom, one from Canada and one from New Zealand.