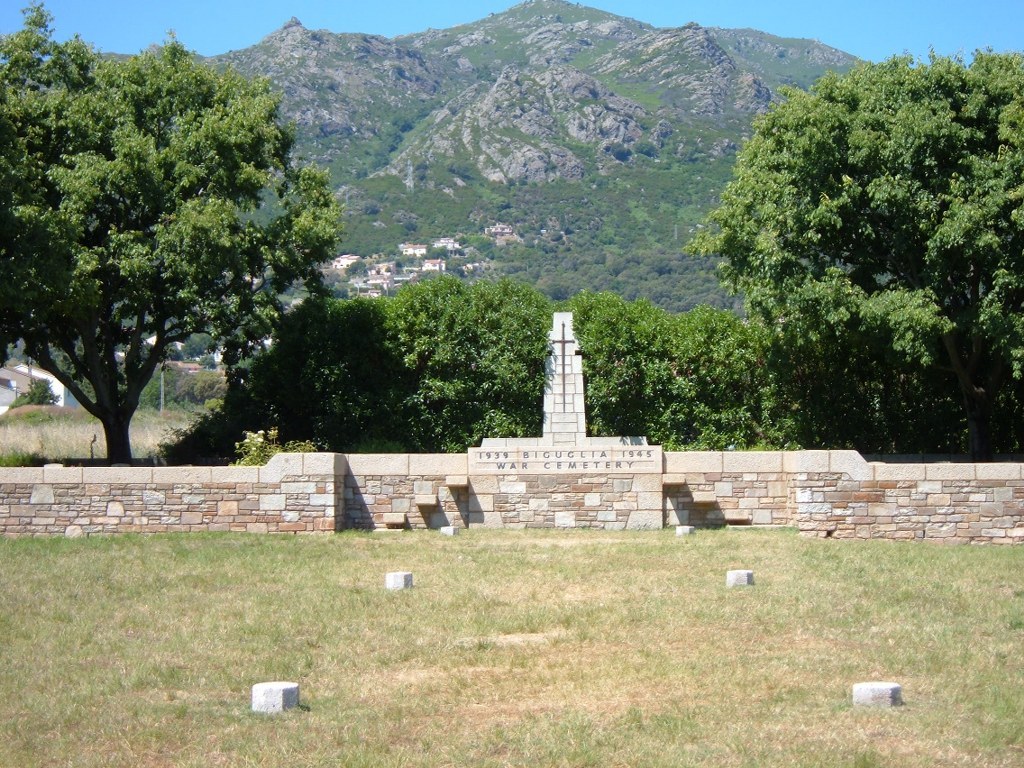 Biguglia is a small village 9 kilometres south of Bastia, which is a town and sub-prefecture of the department of Corsica, situated on the sea coast north-east of the island. The cemetery lies seven kilometres south of Bastia on Route Impériale some 275 metres west of the N193, the main Bastia-Biguglia-Ajaccio road. Along the very busy dual carriageway there is a roundabout with signs to the "Commonwealth War Cemetery".

Care needs to be taken when entering the site as access to the cemetery is via a series of external wall mounted steps. The design of this site makes wheel chair access impossible.

The liberation of France truly commenced in September 1943. The first Department of France to be liberated was Corsica in Operation ‘Firebrand’ from September to October of 1943.

On 13 September 1943 twenty-six SOE (Special Operations Executive) agents (3 SOE instructor officers and the SOE-trained Free French ‘battalion de choc’) spearheaded an invasion of the island by the recently reconstituted French 1st Army Corps. With the help of the local Resistance and former occupying Italian troops (Italy had signed an armistice with the Allies on 9 September 1943) they set about evicting recently arrived German troops. The last Germans were evicted from Bastia on 4 October 1943.

The island was then transformed into a massive airbase for the allied air forces. The Allies referred to the island as the ‘USS Corsica’ – treating the island as an unsinkable aircraft carrier in the Mediterranean. Many Allied bombing missions originated out of Corsica.

There are now 60, 1939-45 war casualties commemorated in this site. The cemetery was designed by George Vey.