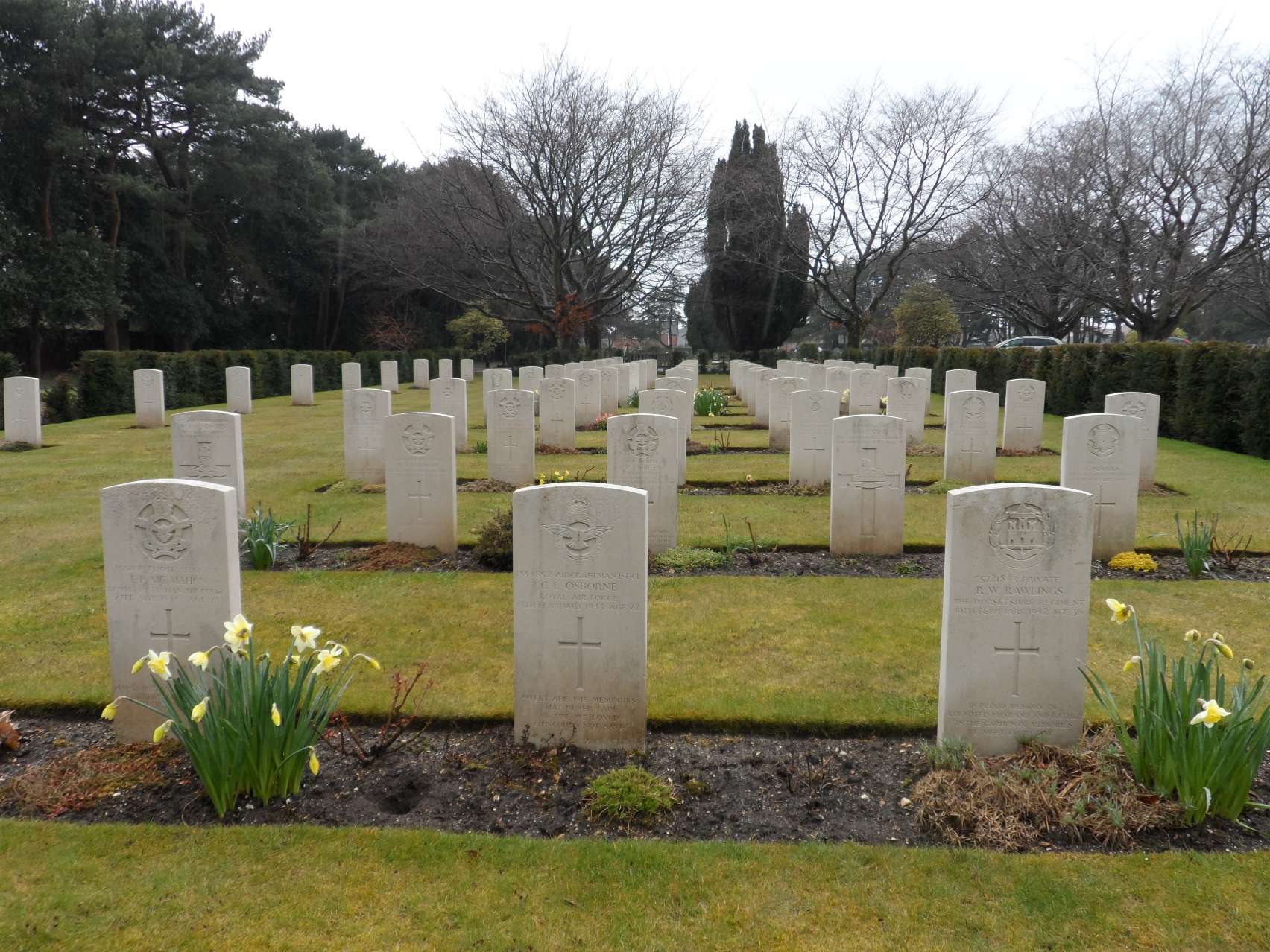 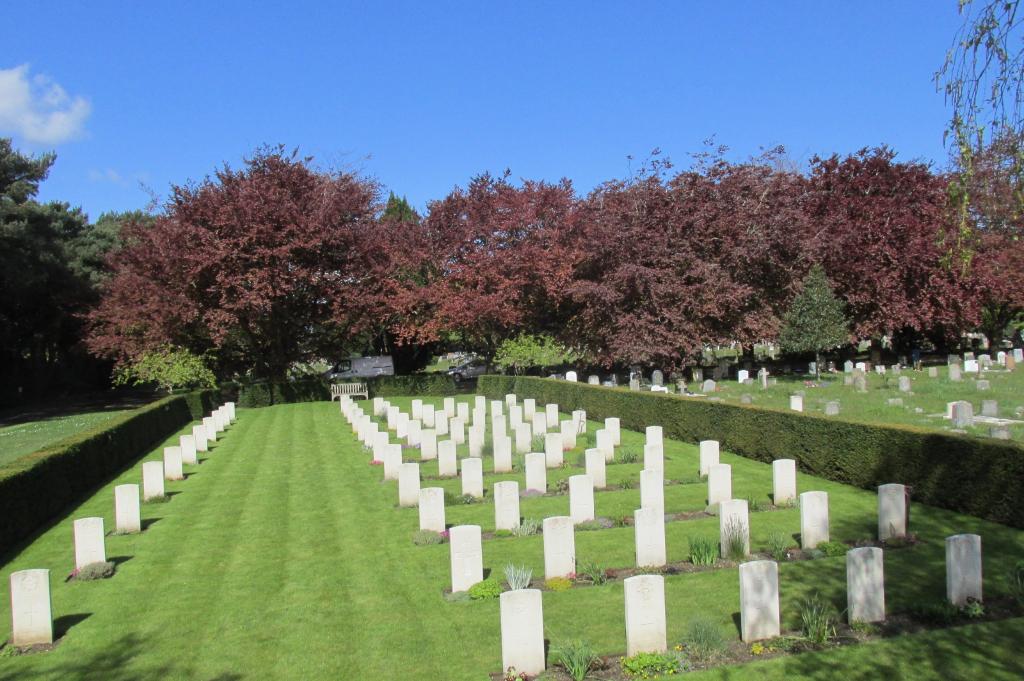 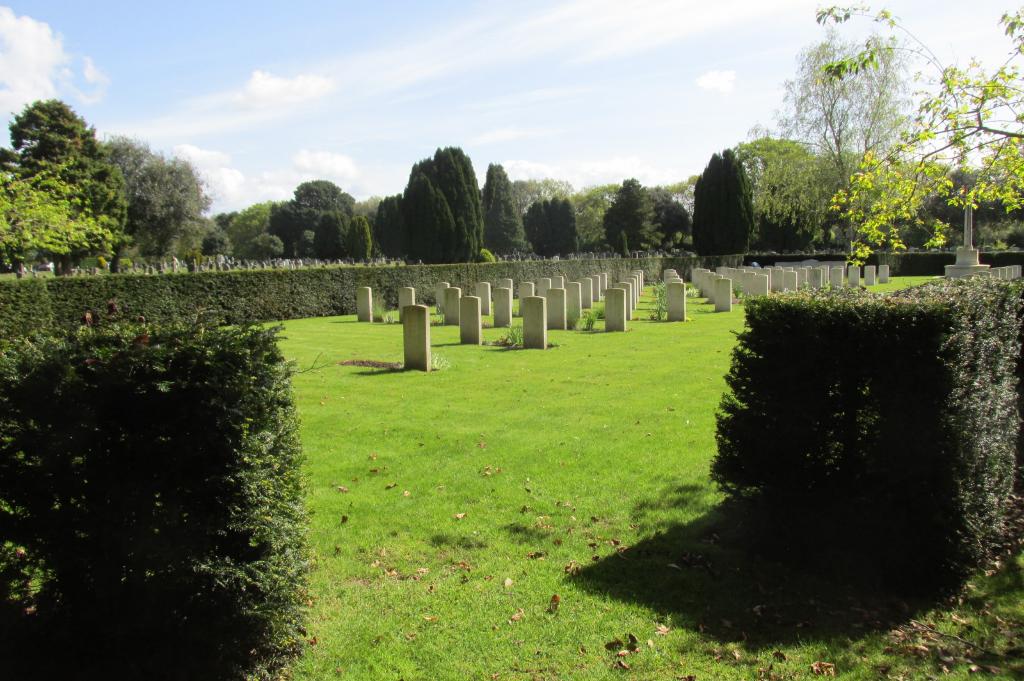 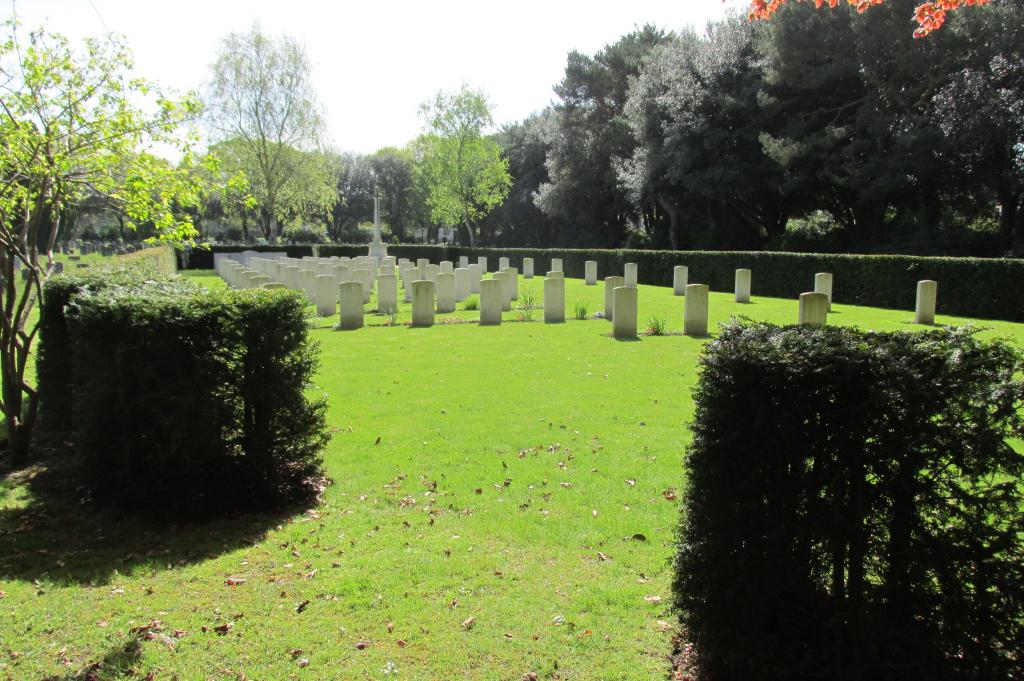 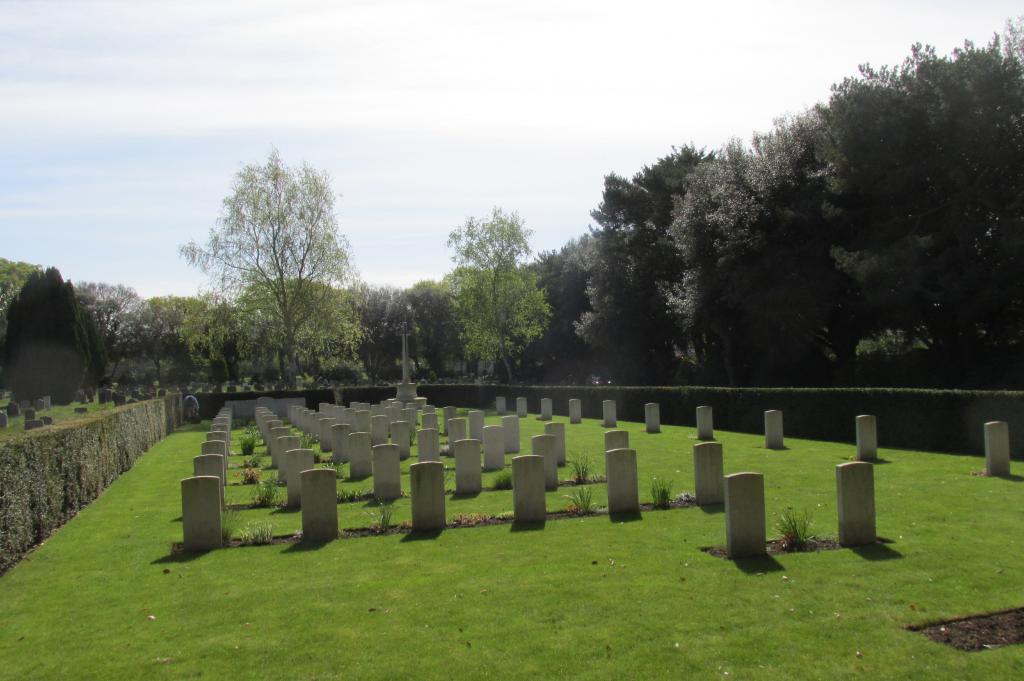 This cemetery contains 110 Second World War burials, 75 of them forming a plot to the right of the main entrance, the rest scattered. The war graves plot was used for the burial of airmen from various R.A.F. stations in the area prior to the opening of R.A.F. Regional Cemeteries and 23 of the 41 airmen who lie there were killed during an air raid on 23 May 1943. One of the burials is unidentified and there is also 1 Dutch war burial here.

BOURNEMOUTH CREMATORIUM is situated in the cemetery and the names of 34 servicemen and women of the Second World War whose remains were cremated there are inscribed on a screen wall.