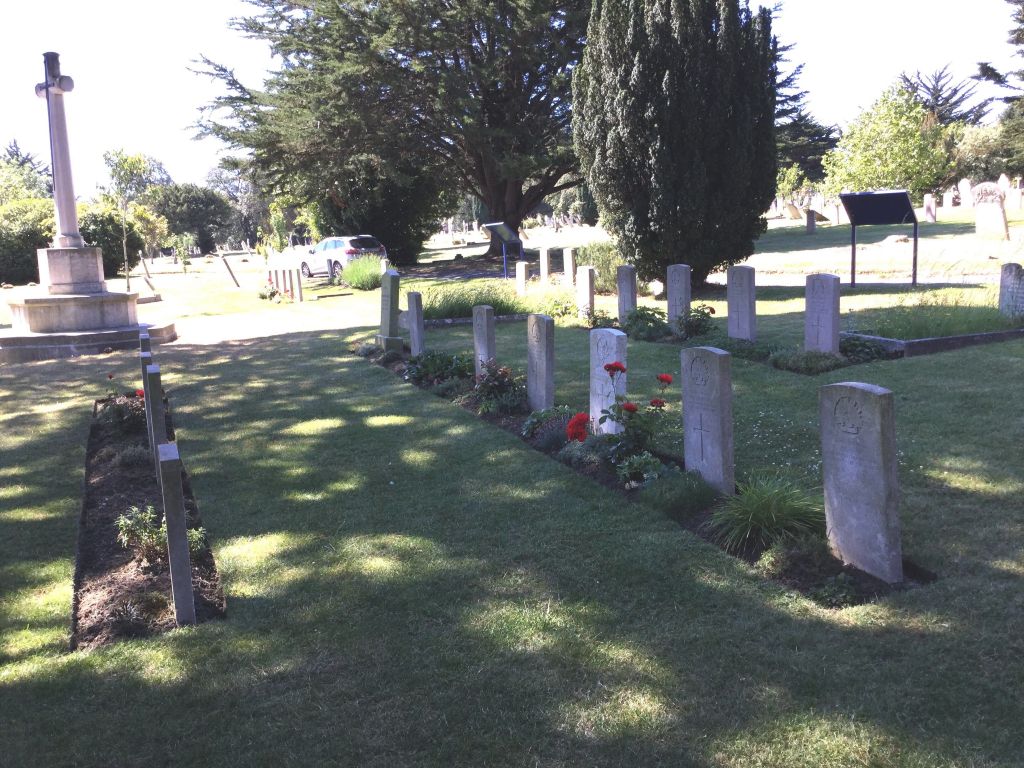 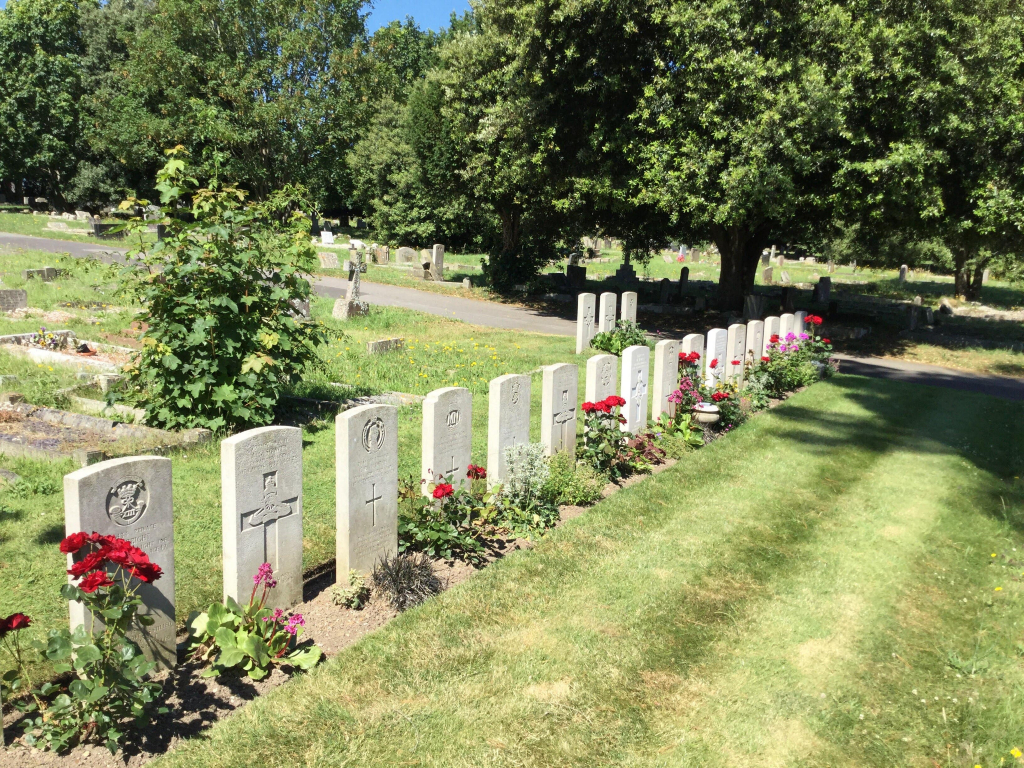 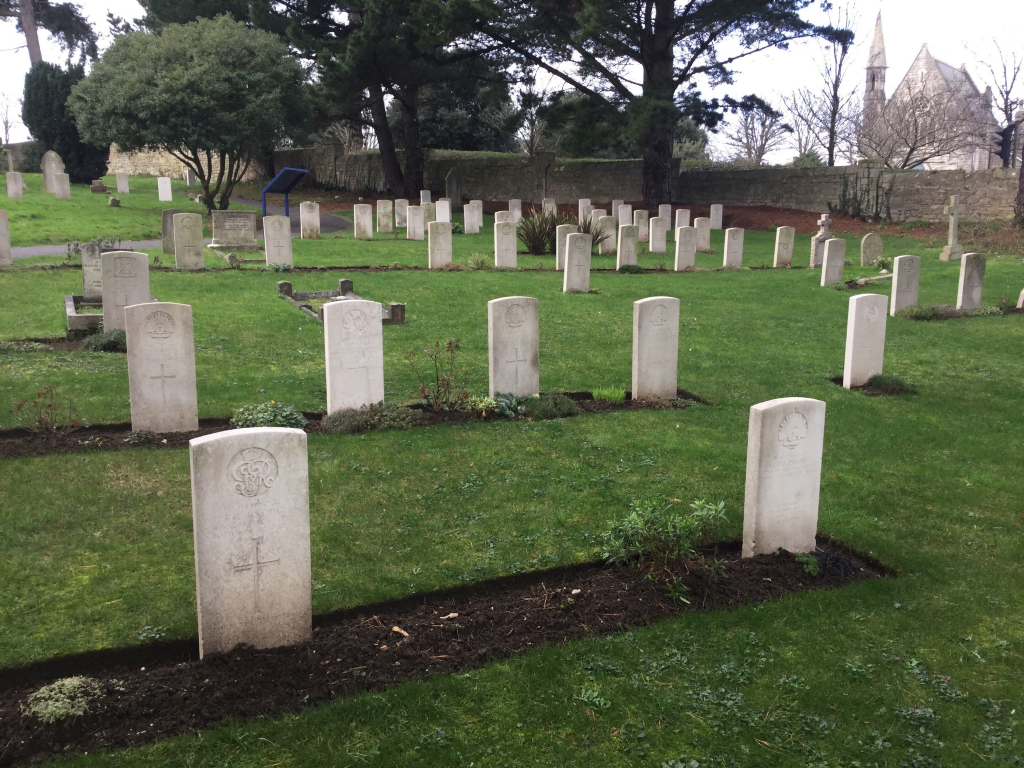 Weymouth became a depot for Australian forces in 1916 and 83 of the 147 First World War burials in Melcome Regis Cemetery are of Australian servicemen; most of these graves are scattered in the old part. The 36 Second World War burials are in the extension. The cemetery also contains seven war graves of other nationalties and one non-war burial.