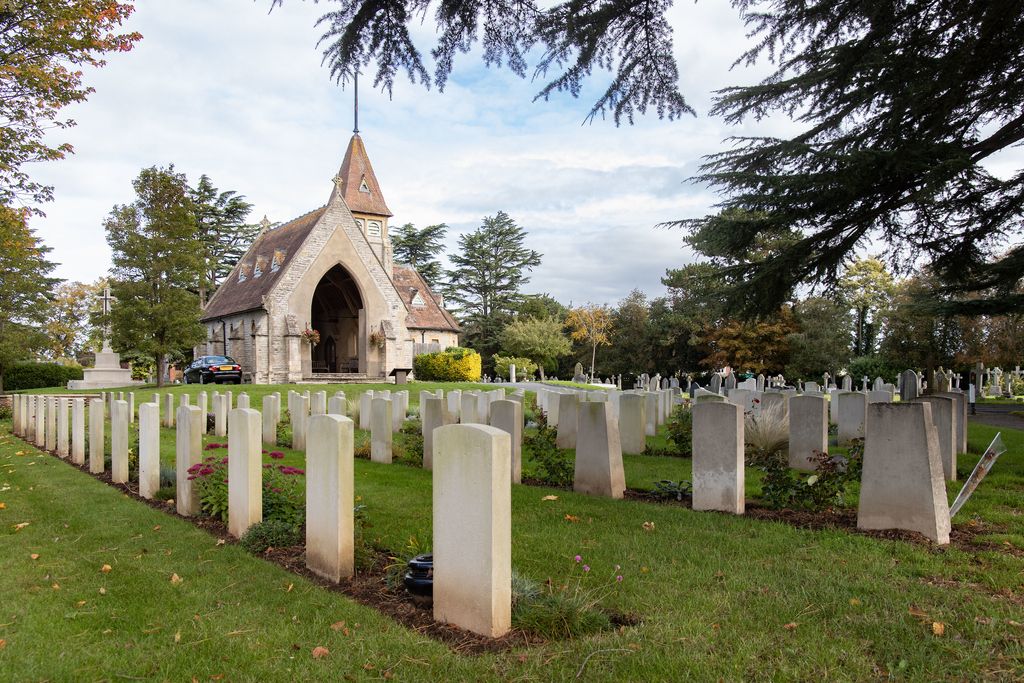 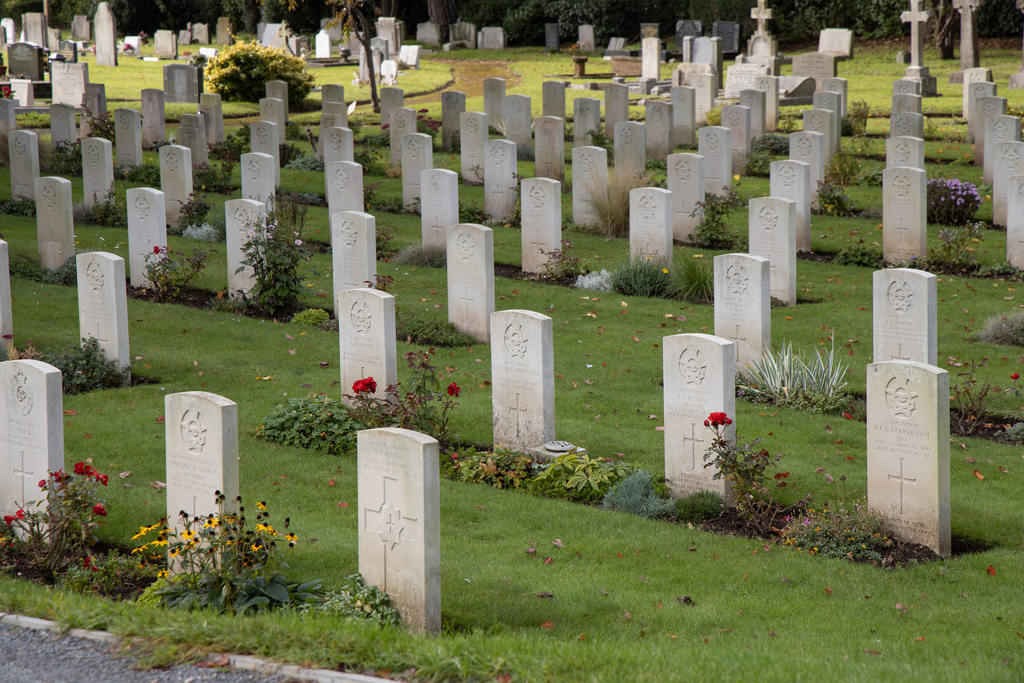 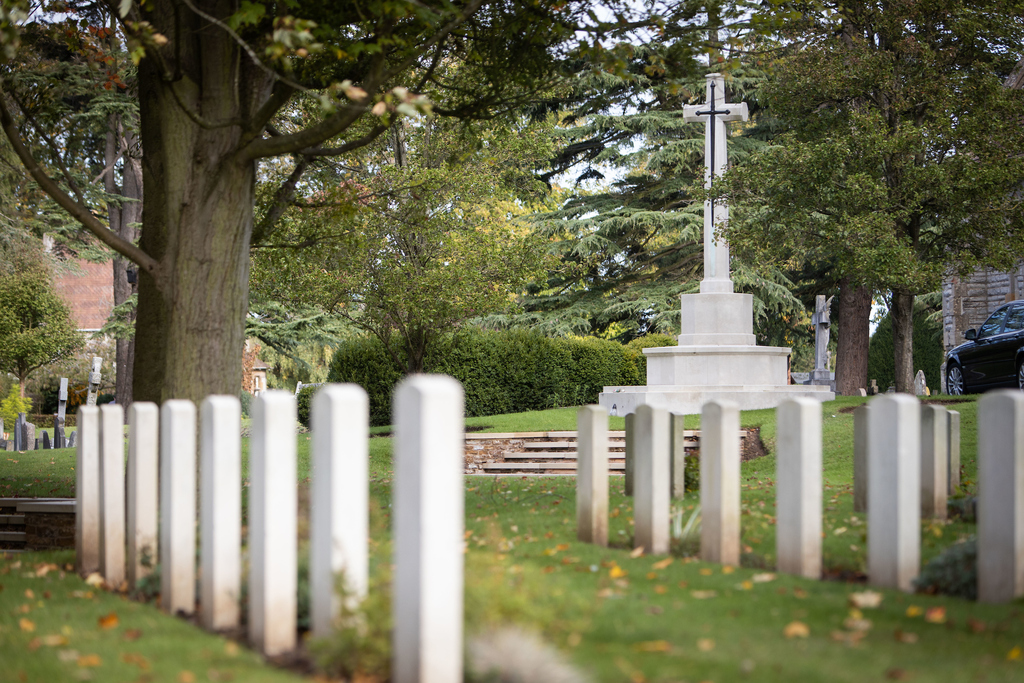 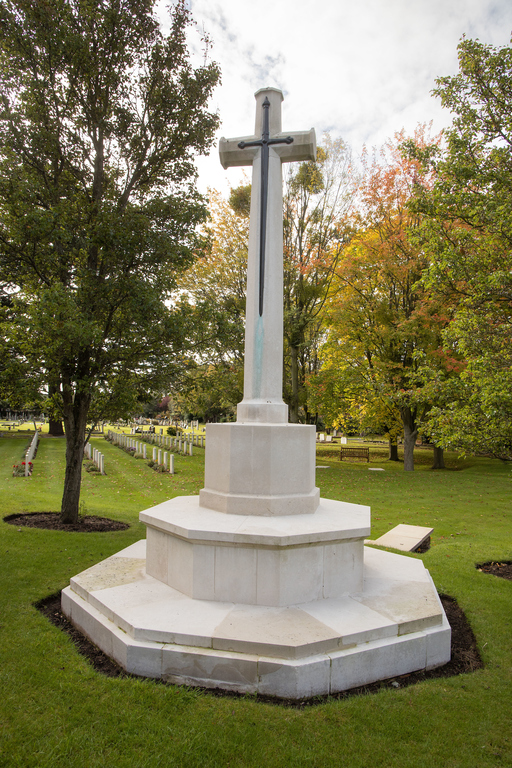 Startford-upon-Avon Cemetery contains 22 First World War burials, made mainly from the hospital at Clopton House. During the Second World War, there was a contingent of the Royal Canadian Air Force based at nearby Wellesbourne Mountford and of the 137 Second World War burials (most of them forming a war graves plot), 97 are of Canadian airmen. The cemetery also contains 14 war graves of other nationalities.