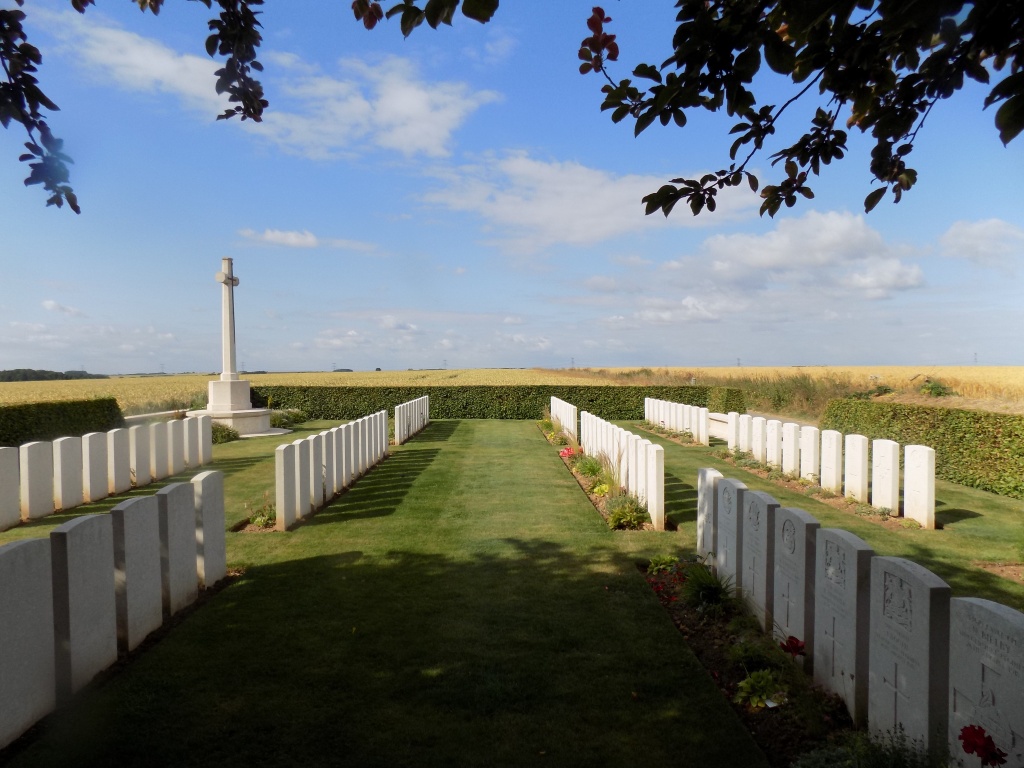 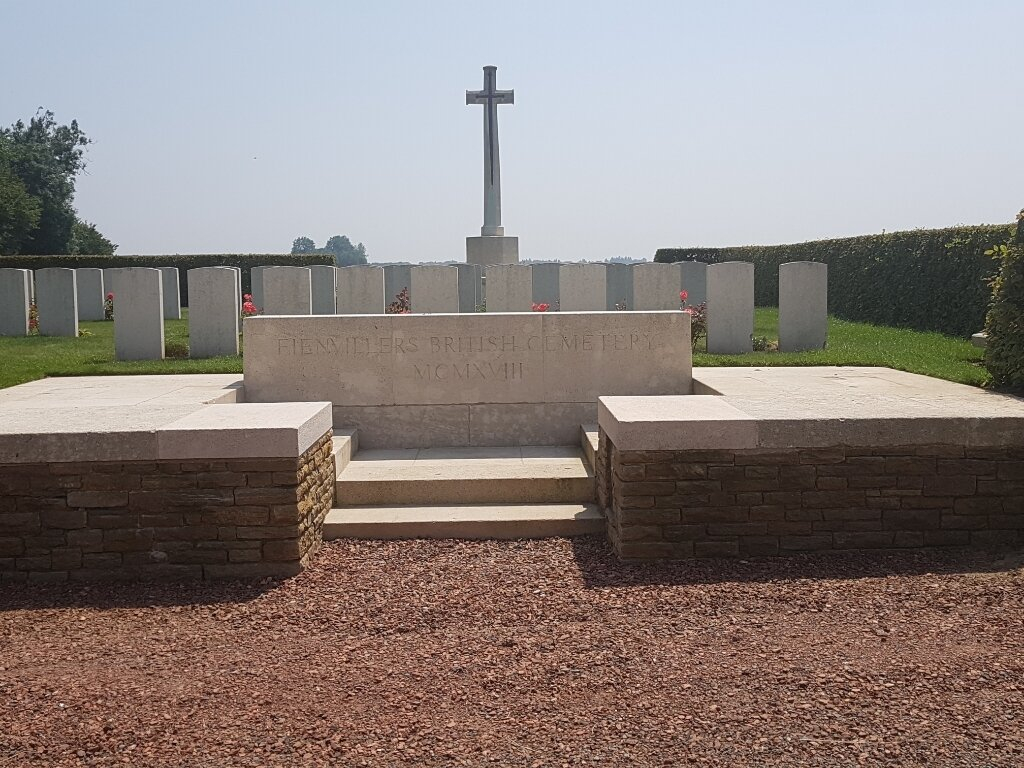 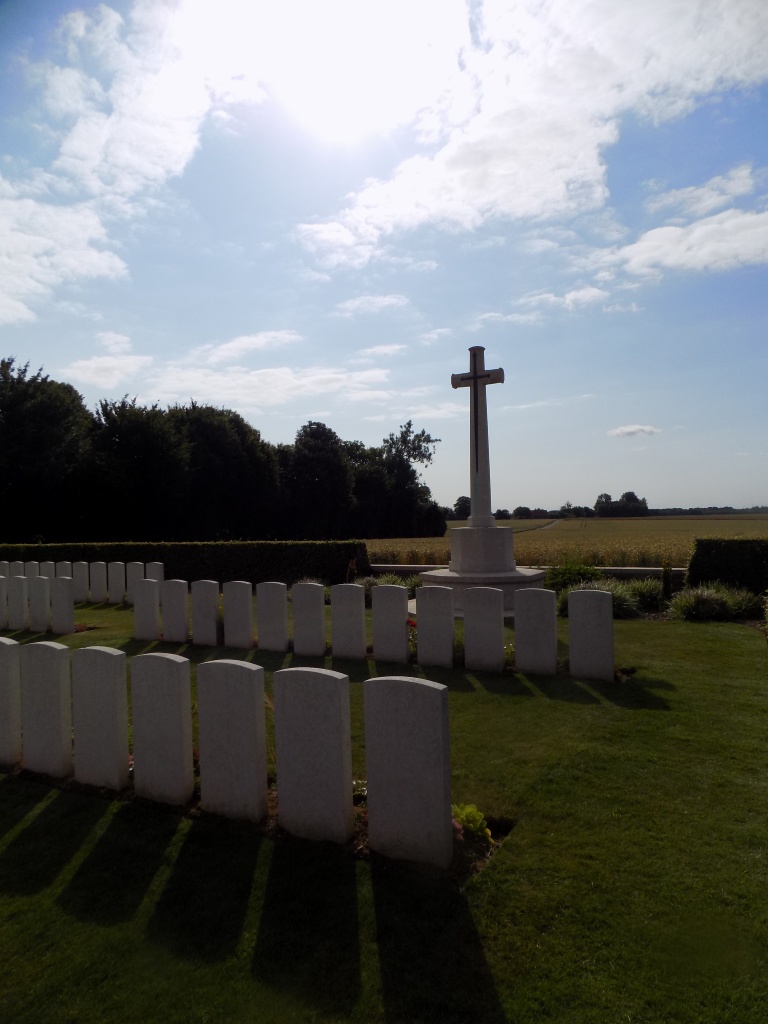 Visitors with an attentive eye will probably notice that there are two different headstones in Fienvillers British Cemetery. At first sight, you might think the wrong material has been used for two headstones. However, historical research has revealed the truth. Originally all the headstones were Stancliffe sandstone, then in the 1950s all, except for two, were replaced by headstones in Portland. At that time, it was believed that the soft Stancliffe sandstone was not the best stone and Portland would be better to maintain. However, the two surviving headstones in sandstone disprove this theory.

The cemetery was made by the 38th and 34th Casualty Clearing Stations which were posted at Fienvillers in the summer of 1918. It was begun in May 1918 and used until the following September, and one grave was brought in after the Armistice from an isolated position near Bernaville.