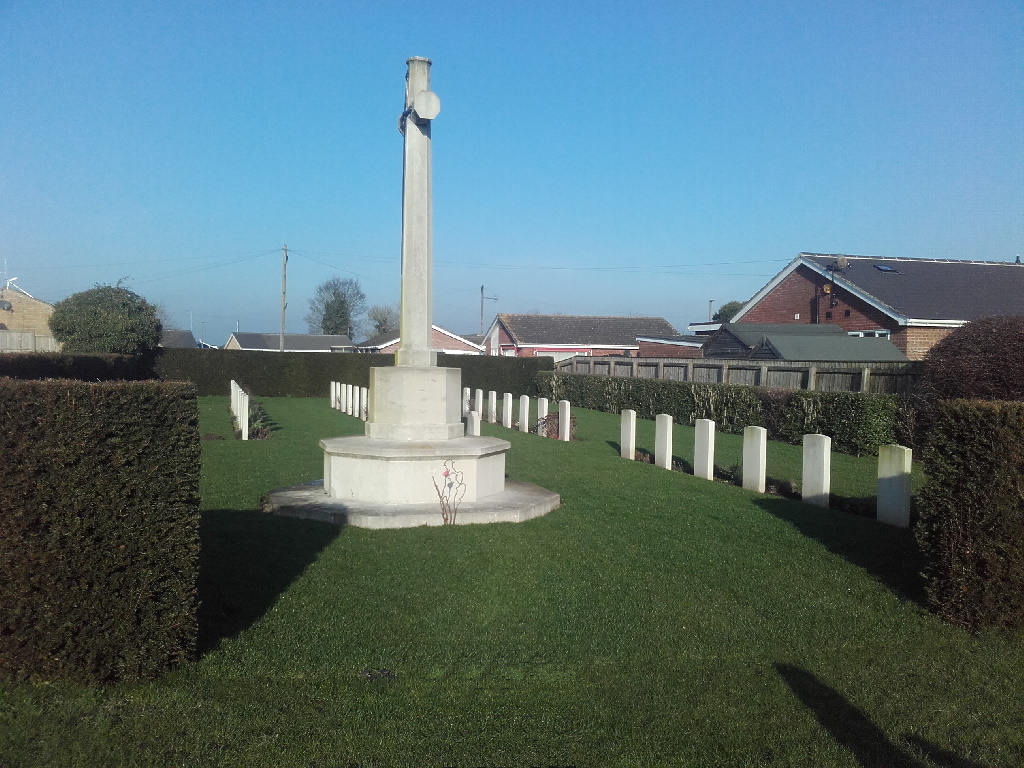 Feltwell is a village and parish in the west of Norfolk, 5.5 miles north-west of Brandon. The nearest railway station is Lakenheath, 3 miles to the south.

The church of St. Nicholas stands at the north-western boundary of the village. The parish of St. Nicholas is very ancient, and is believed to date from the foundation of the first church in 600 A.D. The Norman church was damaged by fire and an Indulgence for its repair was granted in 1494. Traces of the pre-Norman church are to be found in the base of the tower, which collapsed while being repaired in 1898. During the 1939-45 War the church was used as a place of worship by German prisoners of war. In 1973, the church was declared redundant. The churchyard is some 31 acres in size, and contains war graves of both world wars. The 1914-1918 burials number only six, and are scattered, but most of the 1939-1945 War graves are together in the north-western corner. Here, during the early months of the war, the Parochial Church Council set aside ground for the burial of airmen from Feltwell Royal Air Force Station, and this is now the War Graves Plot. It is enclosed on two sides by hedges of thorn and on the other two sides by hedges of English yew, with the entrance on the south. The Cross of Sacrifice is at the south-western corner, and the graves are in level mown grass with continuous flower borders along the rows of headstones. There are in this churchyard the graves of 48 servicemen who died during the 1939-45 War. All save six of these men are airmen and thirty nine of the graves are in the War Graves Plot. The total is made up by 6 soldiers and 19 airmen belonging to the forces of the United Kingdom, 11 airmen of the Royal Canadian Air Force 2 airmen of the Royal Australian Air Force and 10 belonging to the Royal New Zealand Air Force. The plot also contains two graves which are not war graves - a civilian, the wife of an airman at the R.A.F. Station was buried there in 1941 and an airman from the station who died in 1948.