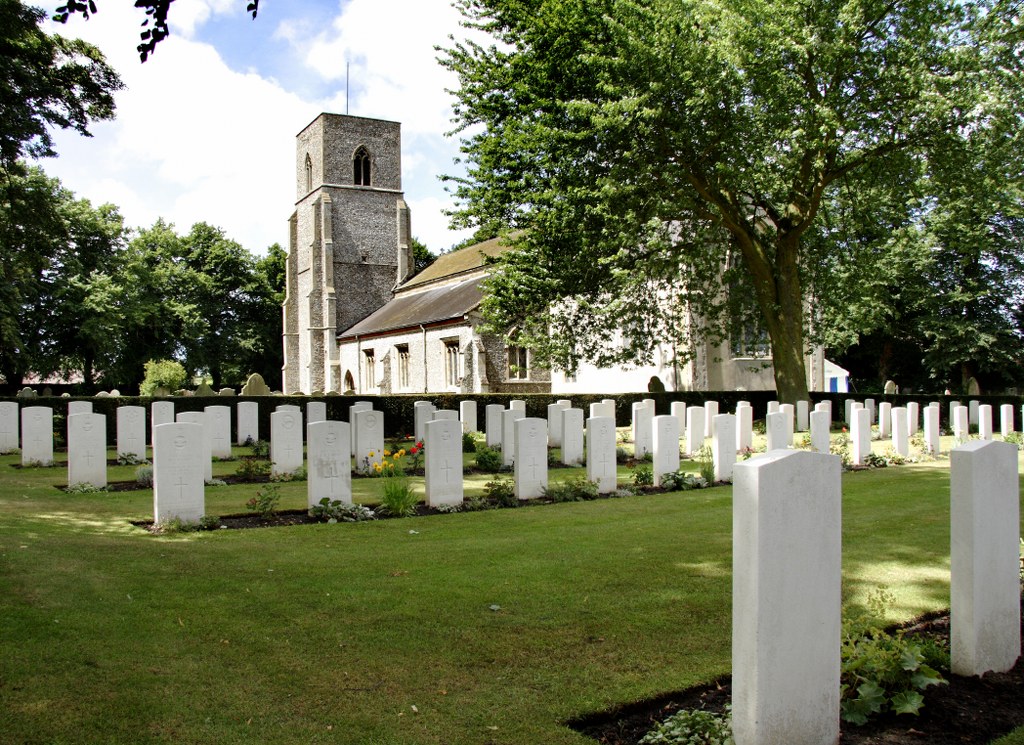 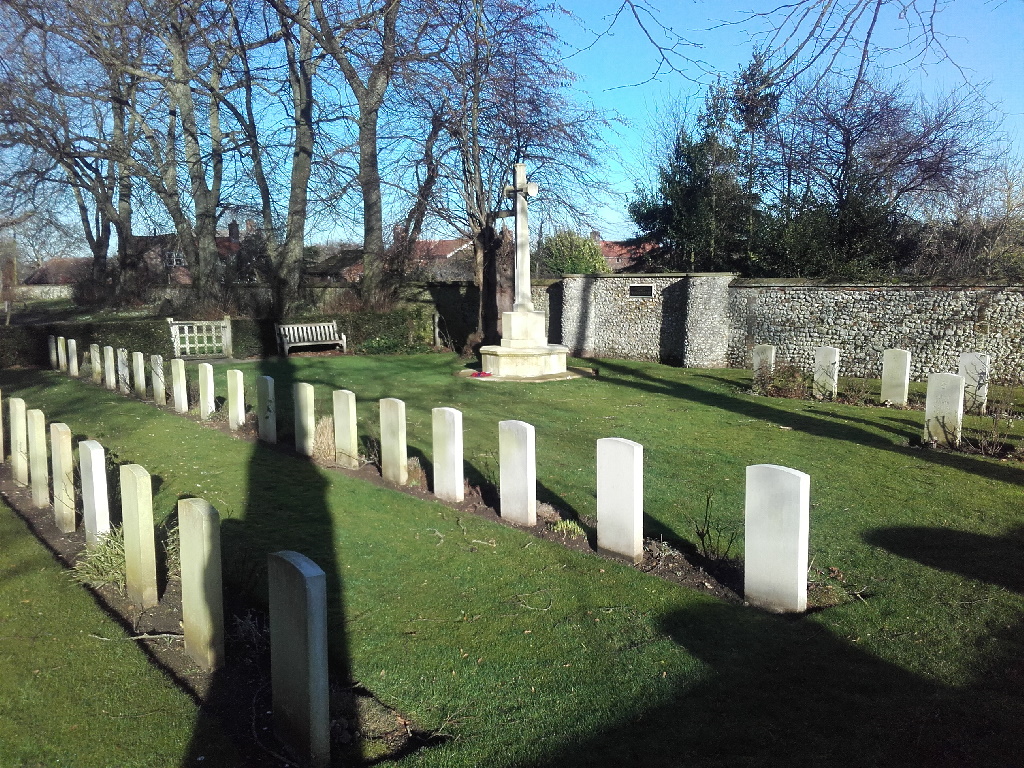 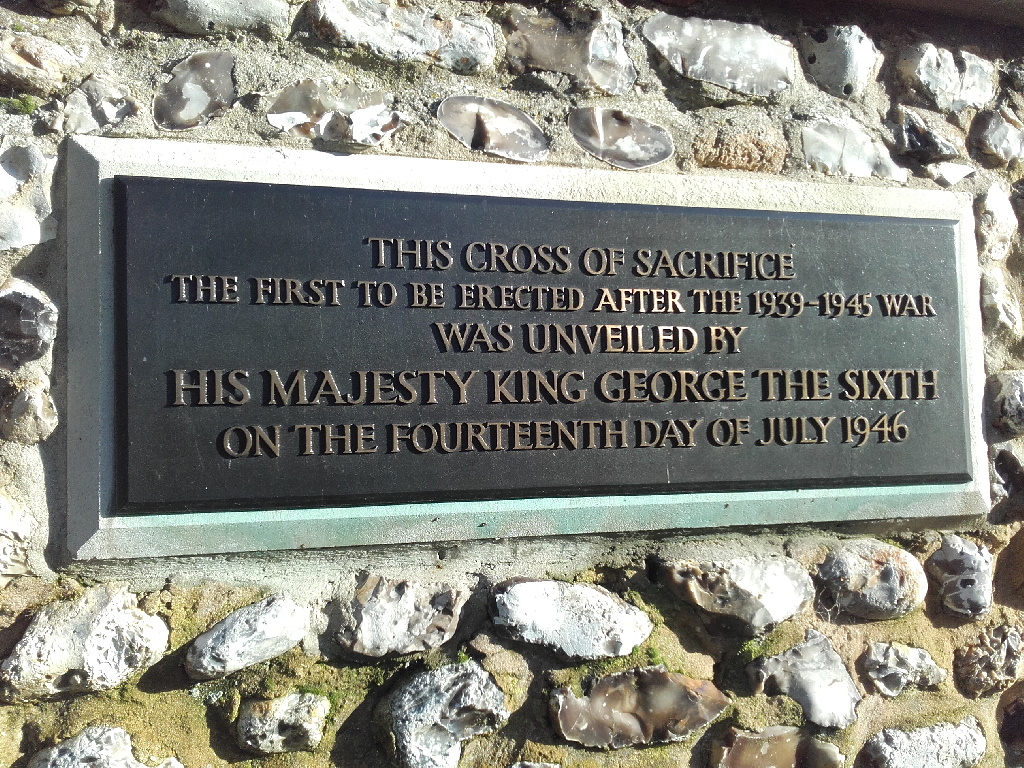 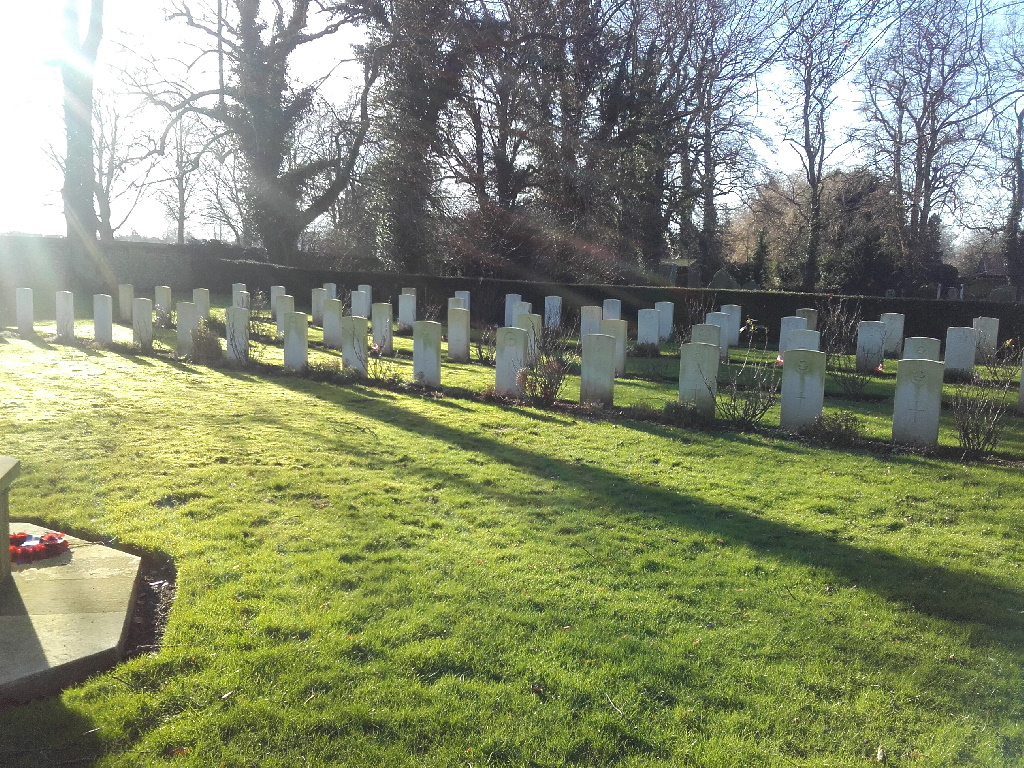 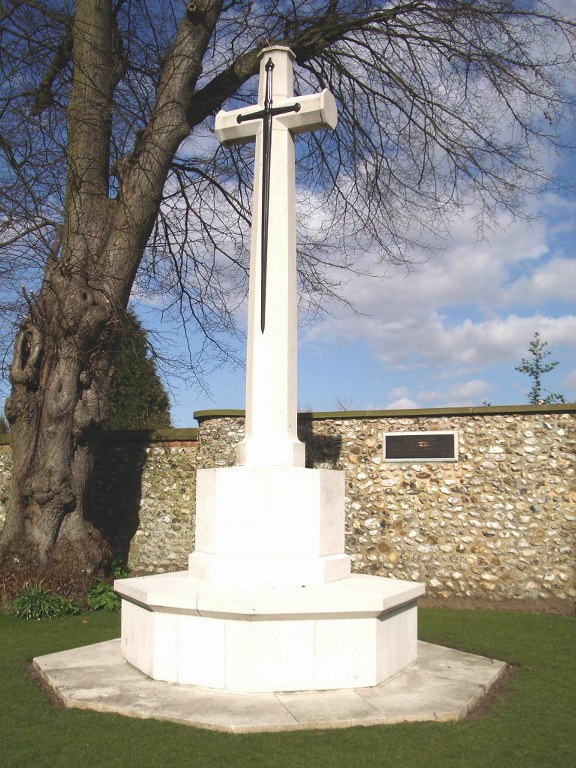 Great Bircham is a parish and village in the North-West of Norfolk, 3 miles south of Docking. The church and churchyard are part of the Royal Estate at Sandringham and stand at the junction of the road from Syderstone, Docking and King's Lynn.

During the 1939-1945 war the churchyard was used for the burial of airmen from the Royal Air Force Station at Bircham Newton, service dead whose bodies were washed up by the sea and German airmen brought down in the Battle of Britain. A special plot in the South-Eastern corner was set aside soon after the outbreak of war, primarily for men from the R.A.F. station, but all save one of the war graves are in this war Graves Plot. The single 1914-1918 war grave is located elsewhere in the churchyard. The cross of Sacrifice, the first to be erected after the 1939-1945 war, was unveiled by His Majesty King George VI on 14th July 1946. It stands near the east wall, and let into the wall behind it is an inscribed bronze plaque recording these facts. There is now one, 1914-1918 war casualty and nearly 80, 1939-1945 war casualties commemorated in this site. One of these is unidentified.