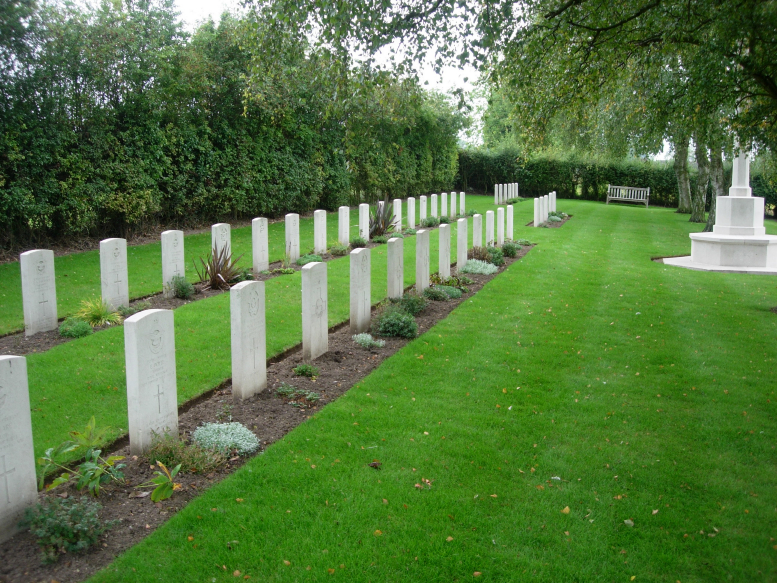 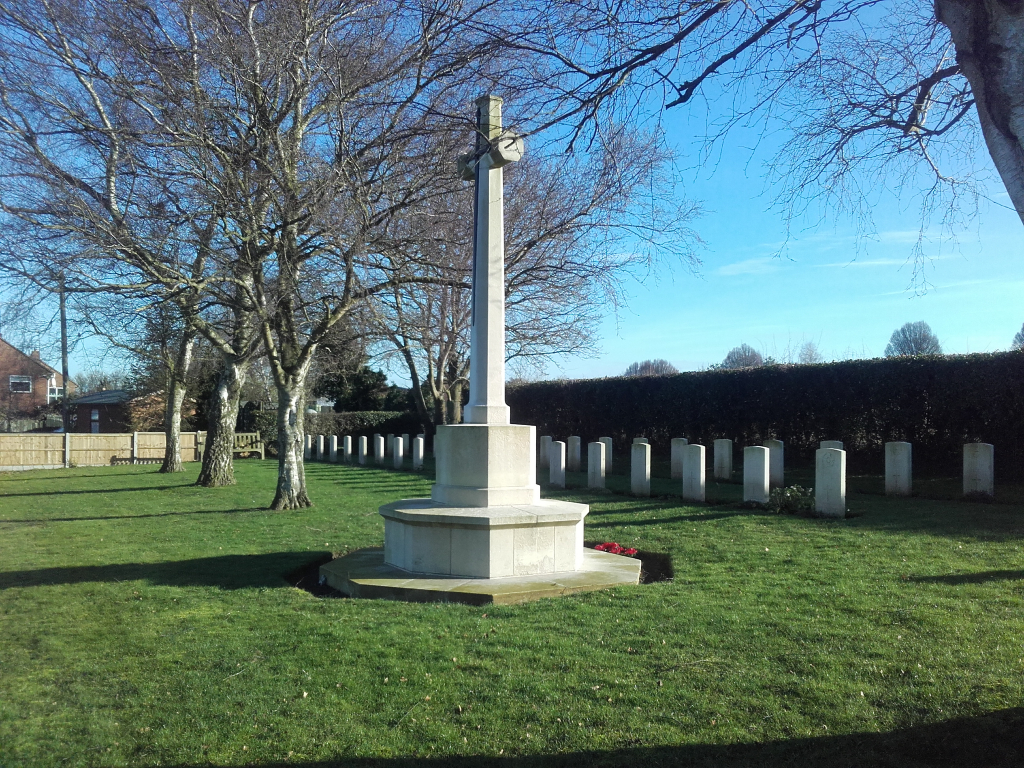 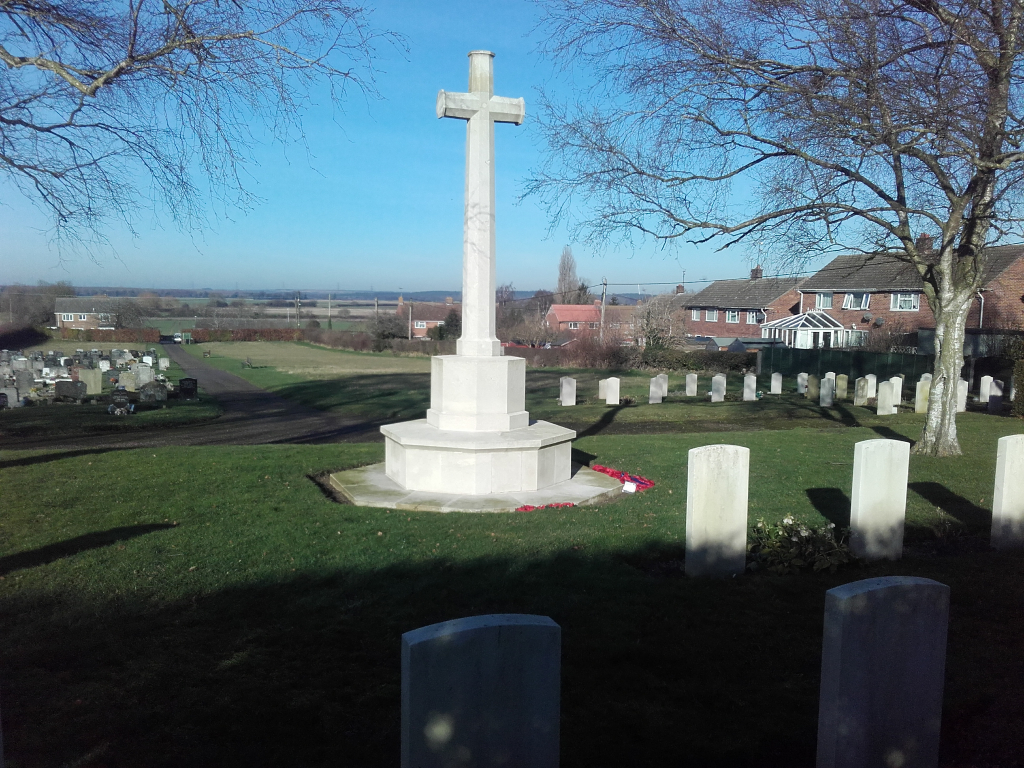 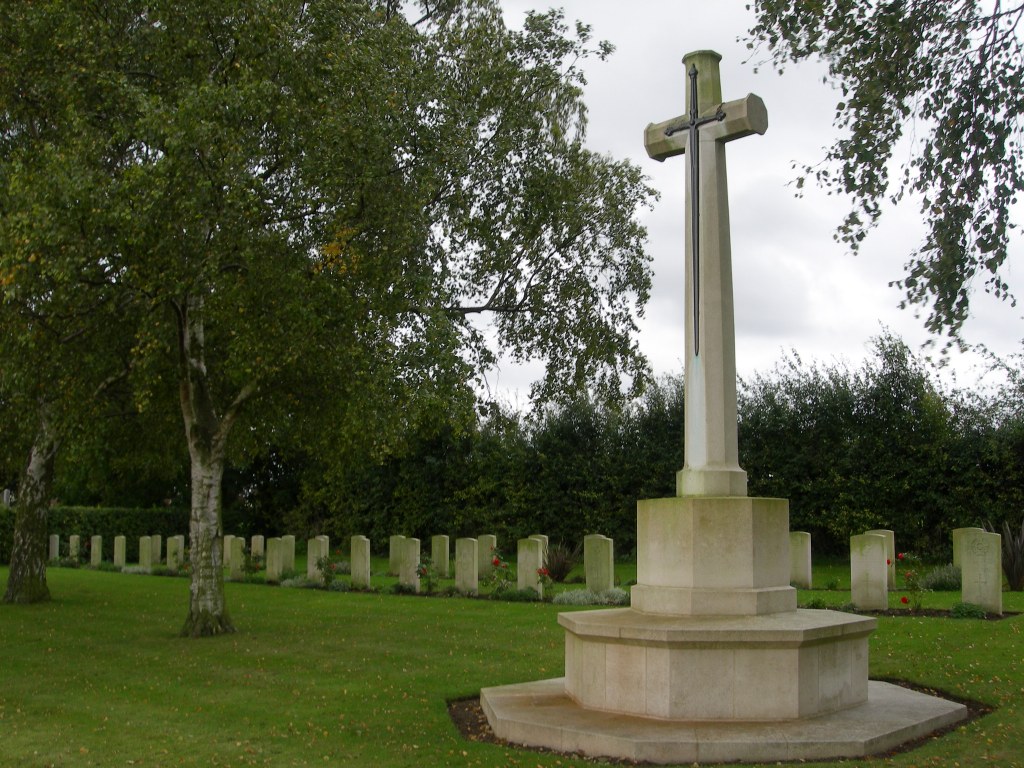 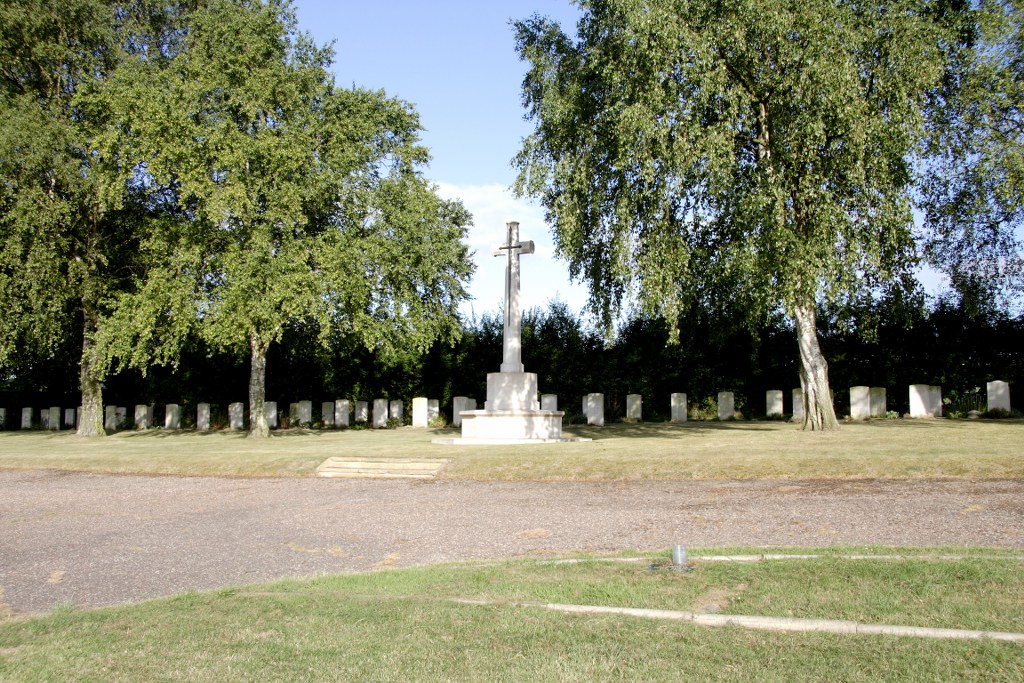 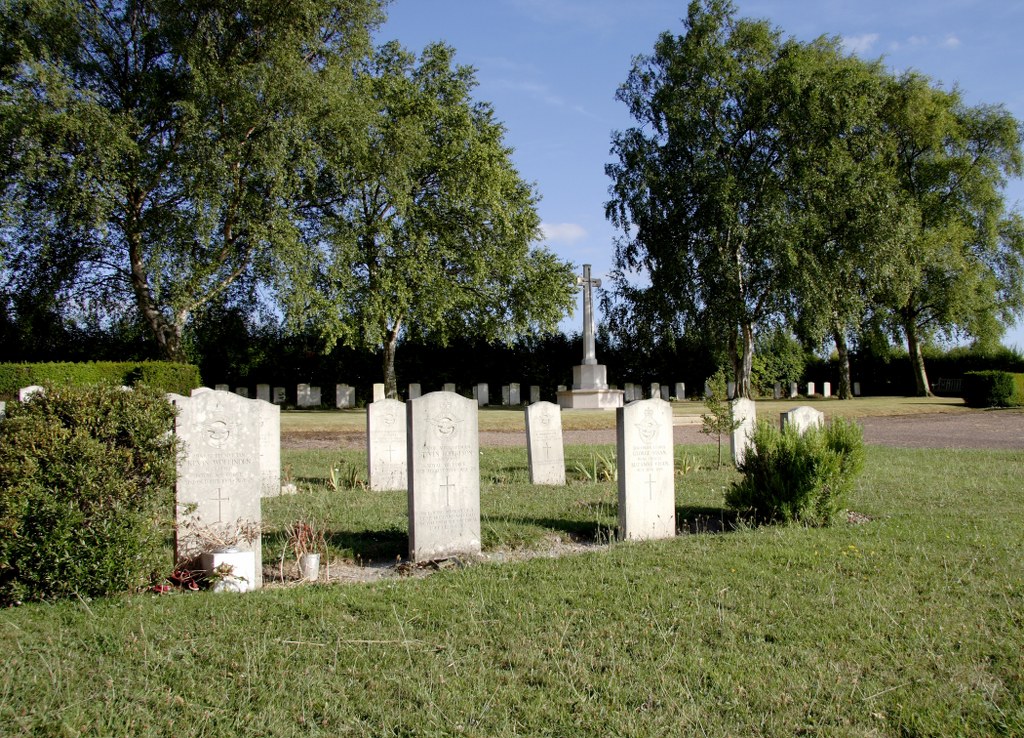 Marham is a parish and village 7 miles north-north-west of Swaffham.

The cemetery, which covers 2 acres, was first used in 1941 and the land on which it lies was given by a local landowner to Marham Parish Council. Until June of that year the Royal Air Force Station at Marham had used the village churchyard for burials, but a new burial ground became necessary and this land, within sight of the fifteenth century church, was given with the proviso that a special section near the south-eastern boundary should be reserved for RA.F. burials. This is now the War Graves Plot, and all save two of the 1939-1945 War graves are in it. The total number of burials in the cemetery is 56, and this figure is made up by 1 soldier and 26 airmen belonging to the forces of the United Kingdom, 13 airmen of the Royal Canadian Air Force; 3 airmen of the Royal Australian Air Force; 7 belonging to the Royal New Zealand Air Force; 1 German soldier and 5 German airmen. The plot is on rising ground. In front of the entrance is semi-circular bed and the Cross of Sacrifice, which honours the servicemen buried here and the 17 who lie in Marham (Holy Trinity) Churchyard, stands beyond it.