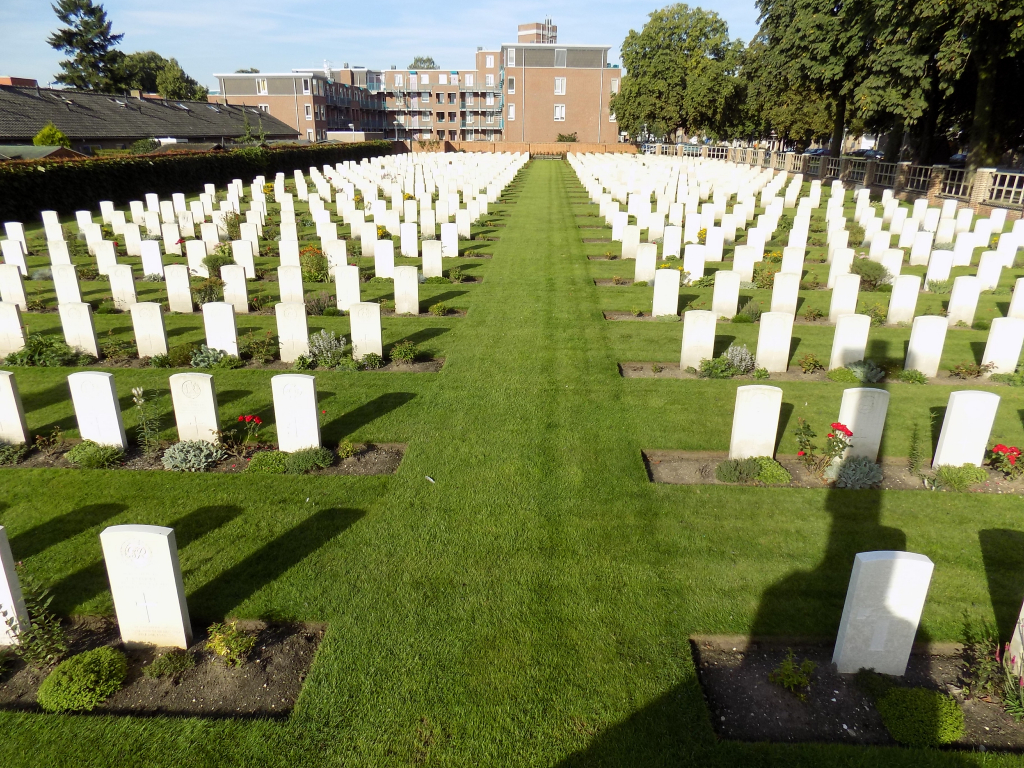 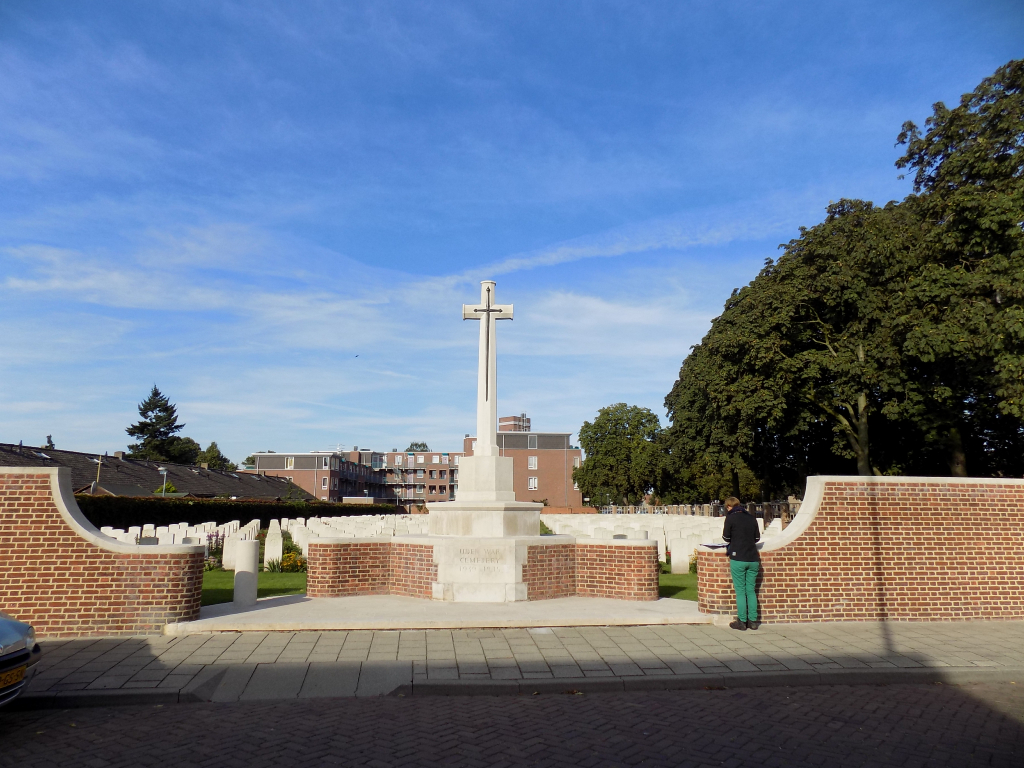 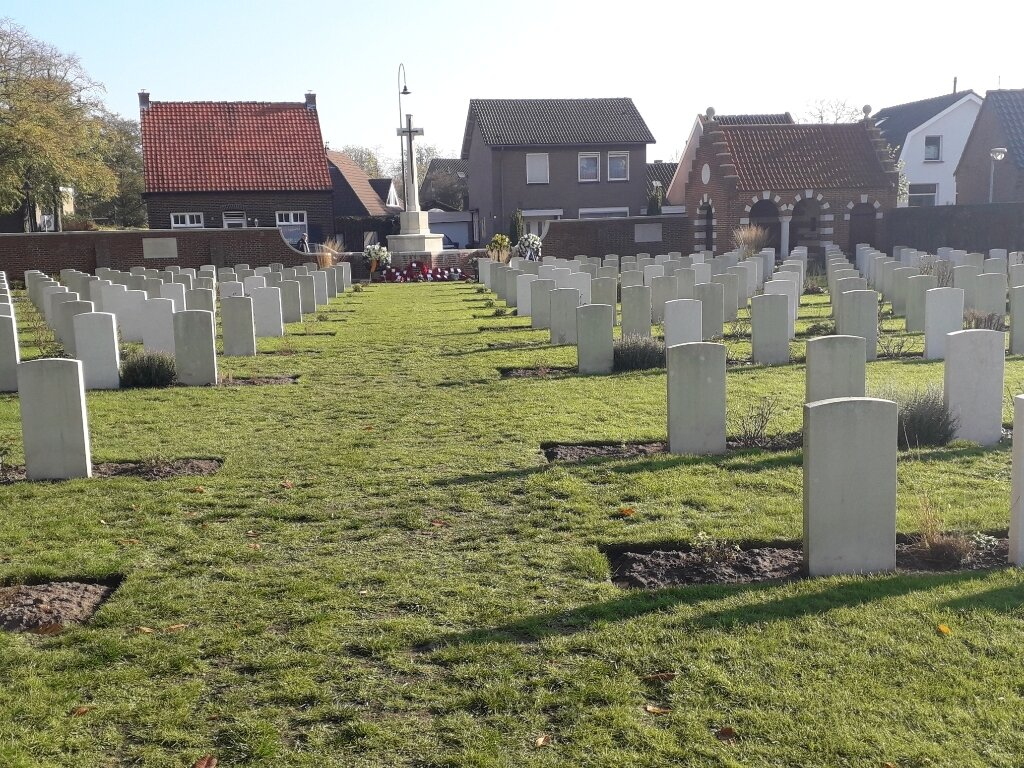 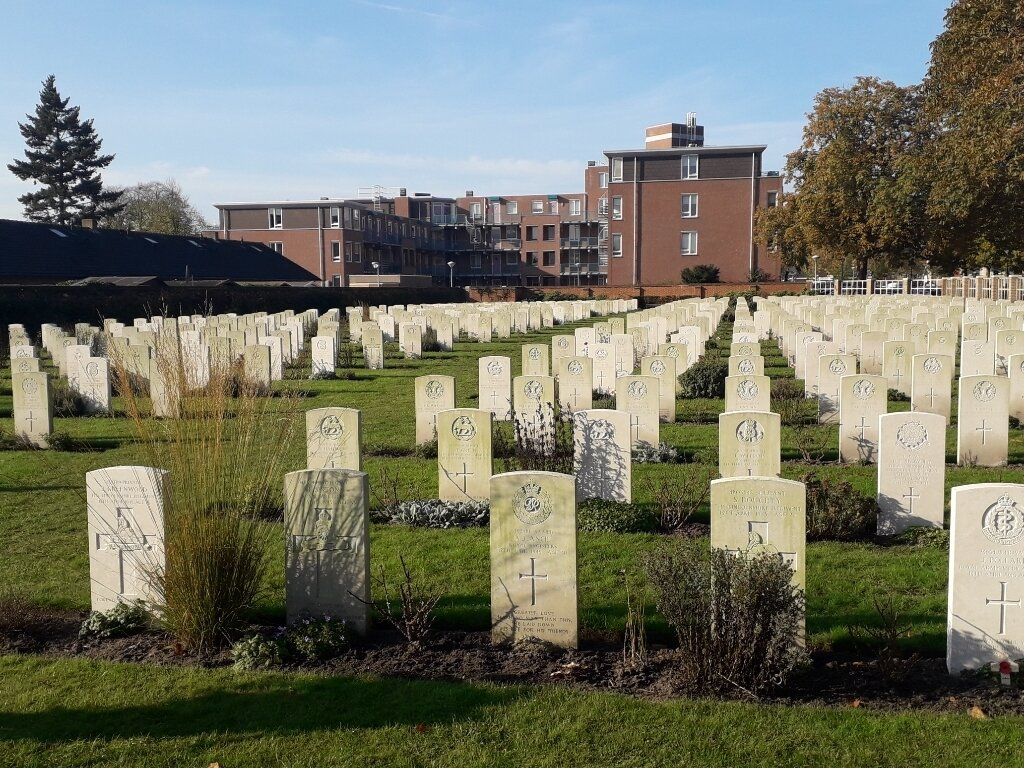 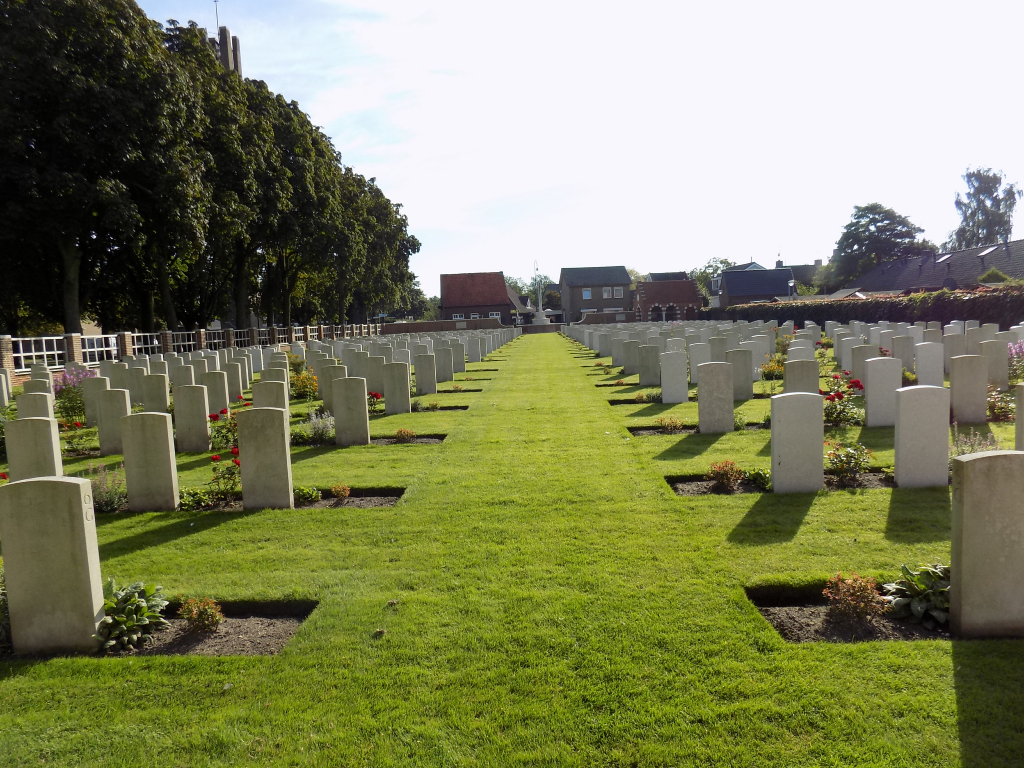 The town of Uden lies in the south east of the Netherlands, approx 33kms to the north east of Eindhoven. From the A50 Eindhoven to Nijmegen motorway take exit 14 (Afrit 14) ZEELAND / UDEN and follow the signs for UDEN. Continue for approx 500m and turn right (CWGC sign) onto BITSWIJK, continue for approx 1km during which the road name changes to MONSEIGNEUR BOSSTRAAT. Turn left (CWGC Signposted) onto PIUSPLEIN and then turn right (CWGC sign) after approx 100m onto BURGEMEESTER BUSKENSSTRAAT. The cemetery can be found approx 100m on the right.

Uden was occupied by the Germans until its liberation in September 1944. In the earlier years of the war Commonwealth and Allied servicemen were buried in the garden of the parish priest which adjoined the Roman Catholic Cemetery. Later it became necessary to provide another burial ground for them and in 1943 the municipality acquired the Roman Catholic Cemetery, unused since about 1918, for this purpose. After the war more than 100 graves from the garden of the parish priest, and also a number of isolated graves from various parts of the commune, were moved into this cemetery.