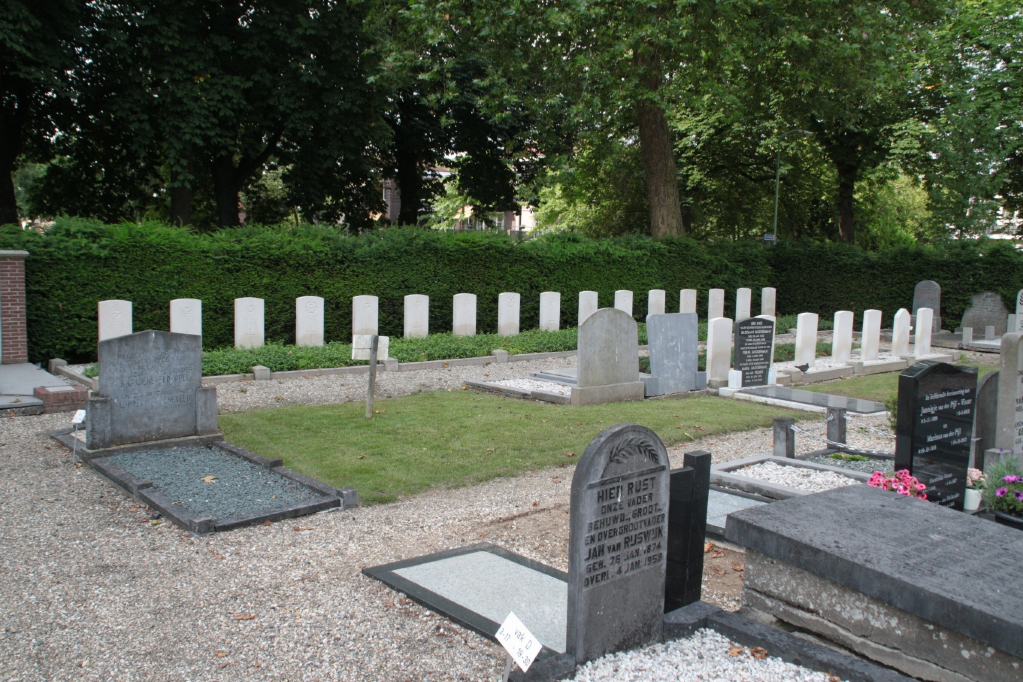 Werkendam is a village 12 kilometres north of Geertruidenberg and 4 kilometres south-west of Gorinchem. It is 4 kilometres west of the main road between these towns. The cemetery is adjacent to the Protestant church, which is in the centre of the village.

There are 23 Second World War Commonwealth war graves and 1 Polish Army grave in the north-east corner of this cemetery.

Werkendam is in the Heusden-en-Altena region, which is bordered by the Brabant bulrush wood. Throughout the German occupation, particularly in the winter of 1944-1945, this wood was a favourite "hide-out-'for airmen and soldiers trying to escape capture by the enemy. There was an emergency hospital in Werkendam where the wounded were cared for, and those who died there are buried in the village cemetery.