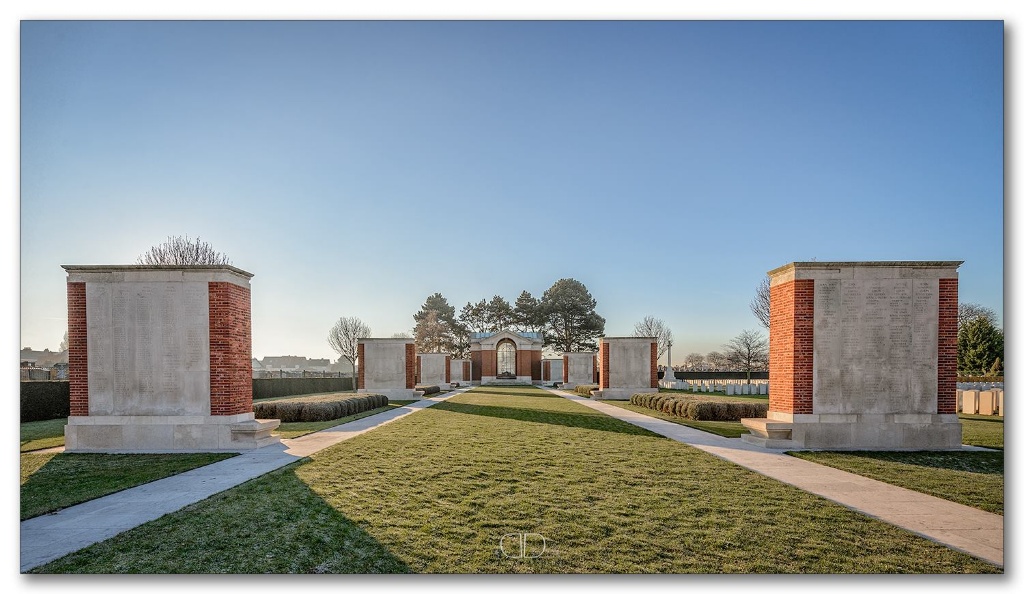 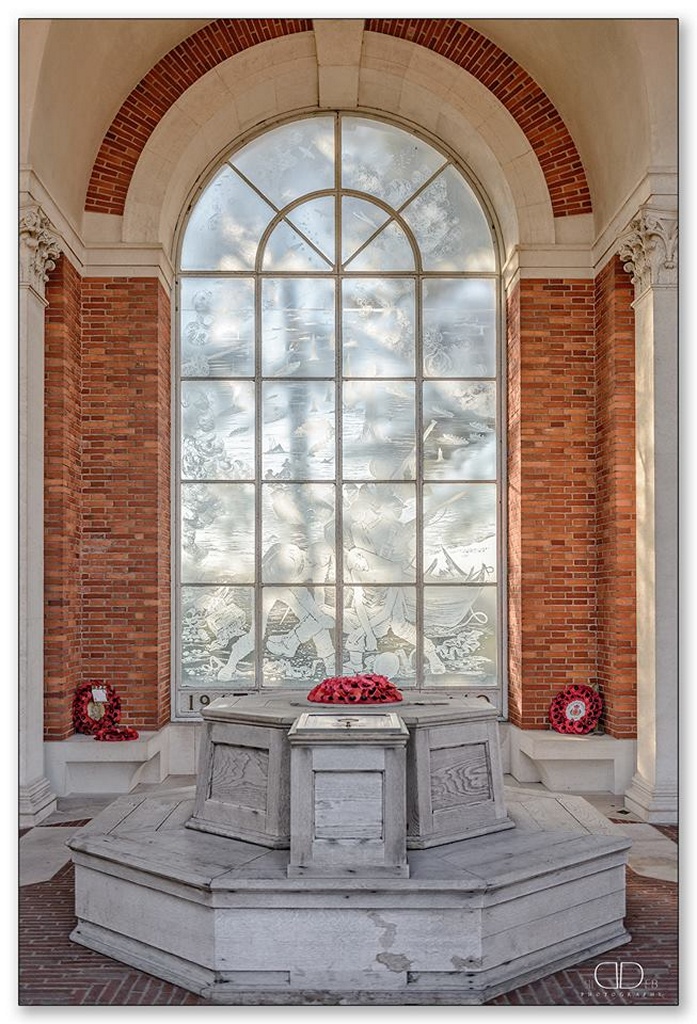 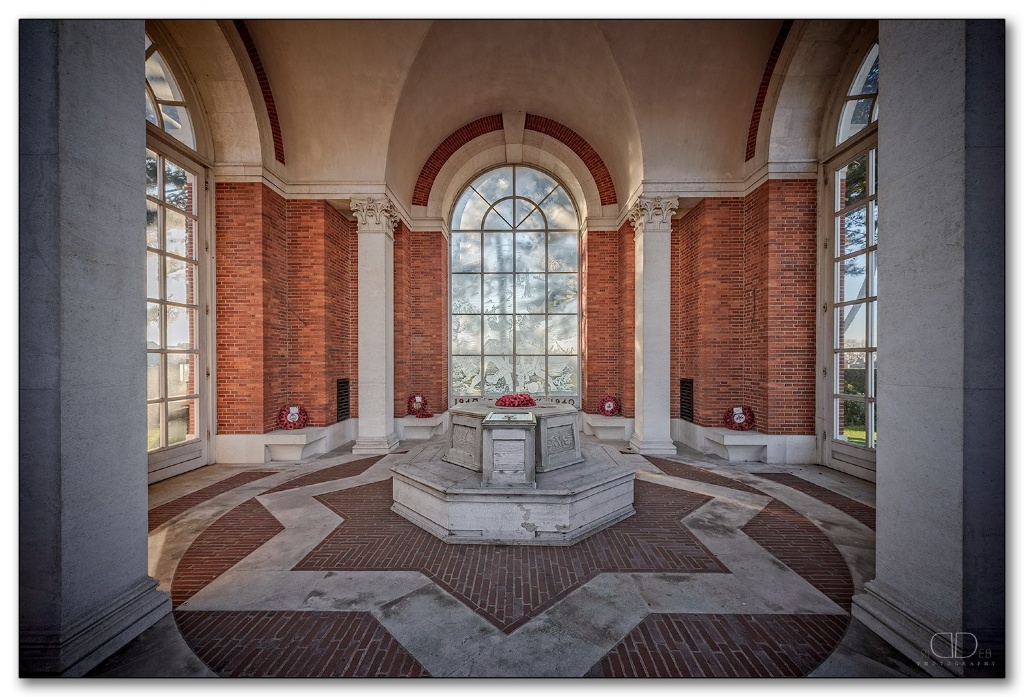 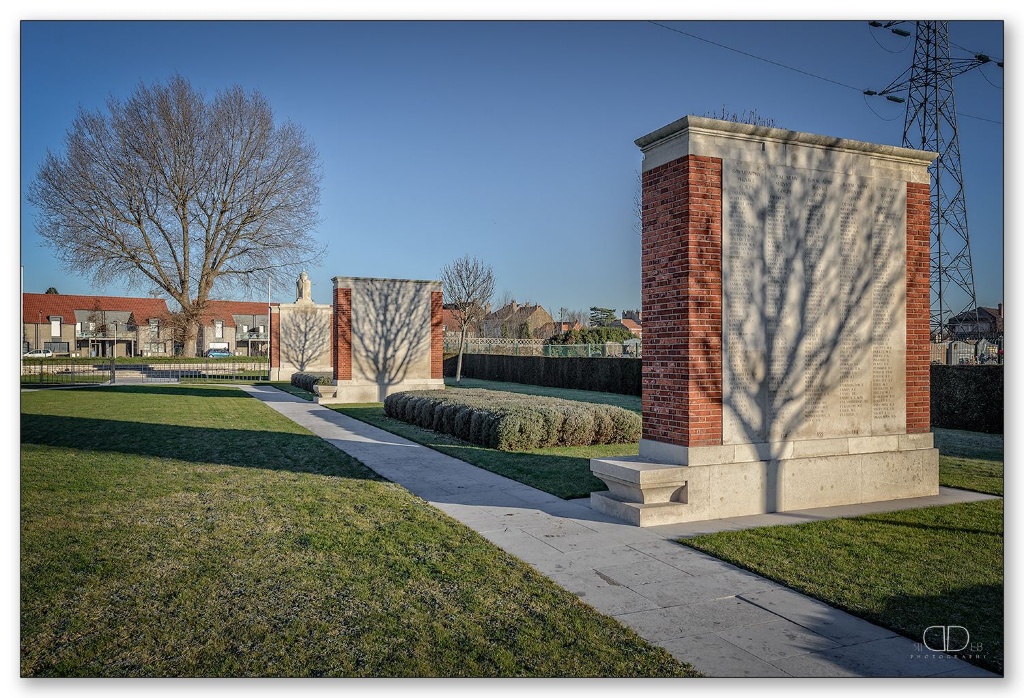 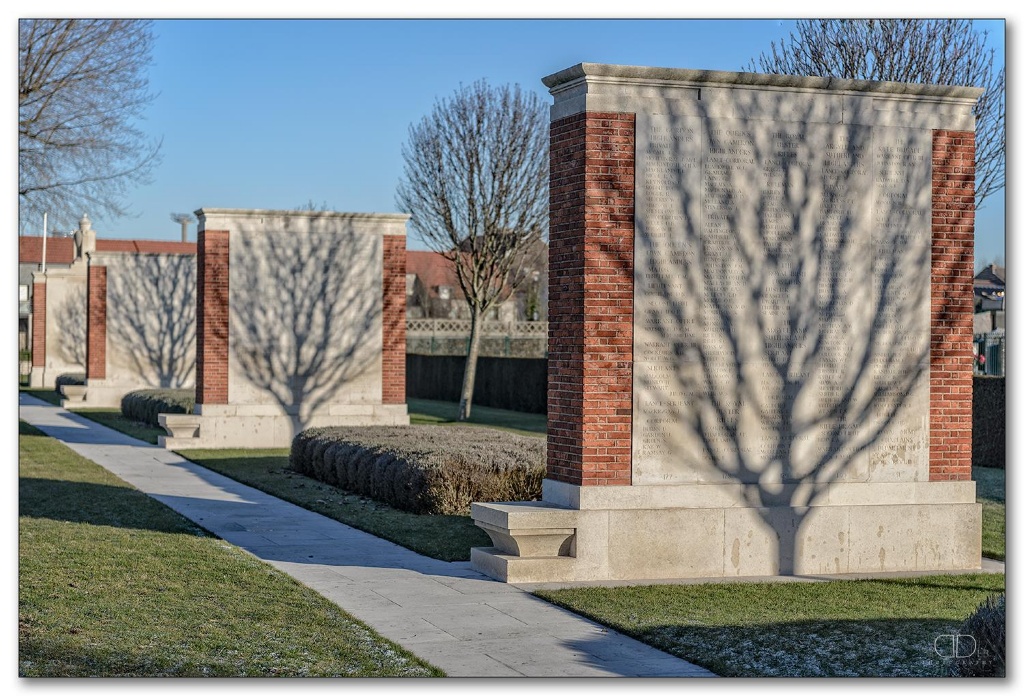 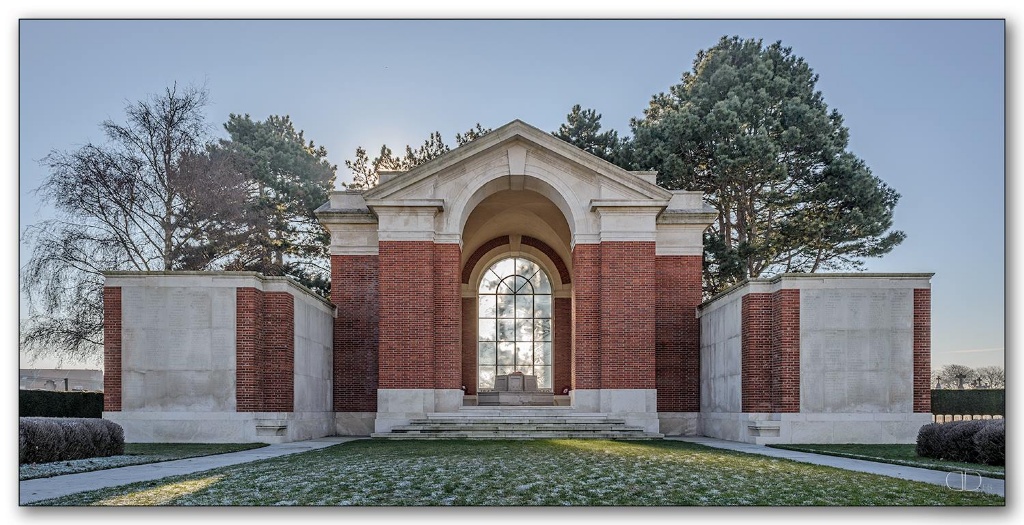 The Dunkirk Memorial stands at the entrance to the British War Graves Section of Dunkirk Town Cemetery, which lies at the south-eastern corner of the town of Dunkirk, immediately south of the canal and on the road to Veurne (Furnes) in Belgium. On entering the cemetery through the columns of the Dunkirk Memorial, two Commonwealth war graves sections will be seen: Plots IV and V from the First World War and Plots I and II from the Second World War. There is also a further First World War section (Plots I, II and III) in the main part of the cemetery to the right of the main entrance.

The DUNKIRK MEMORIAL stands a the entrance to the Commonwealth War Graves section of Dunkirk Town Cemetery. It commemorates more than 4,500 casualties of the British Expeditionary Force who died in the campaign of 1939-40 or who died in captivity who were captured during this campaign and who have no known grave.

The memorial was designed by Philip Hepworth and unveiled by Her Majesty Queen Elizabeth The Queen Mother on 29 June 1957. The engraved glass panel, depicting the evacuation, was designed by John Hutton.