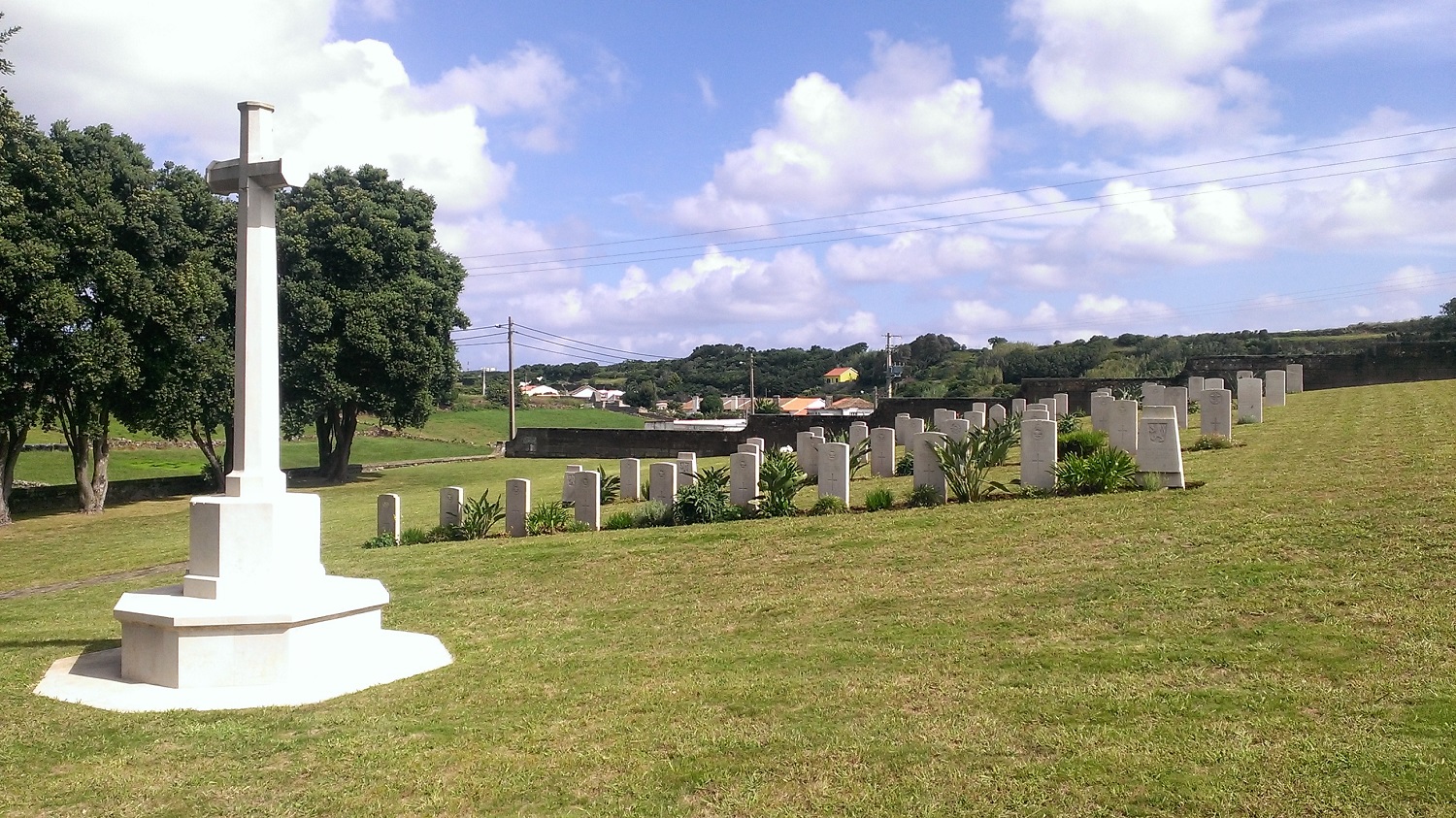 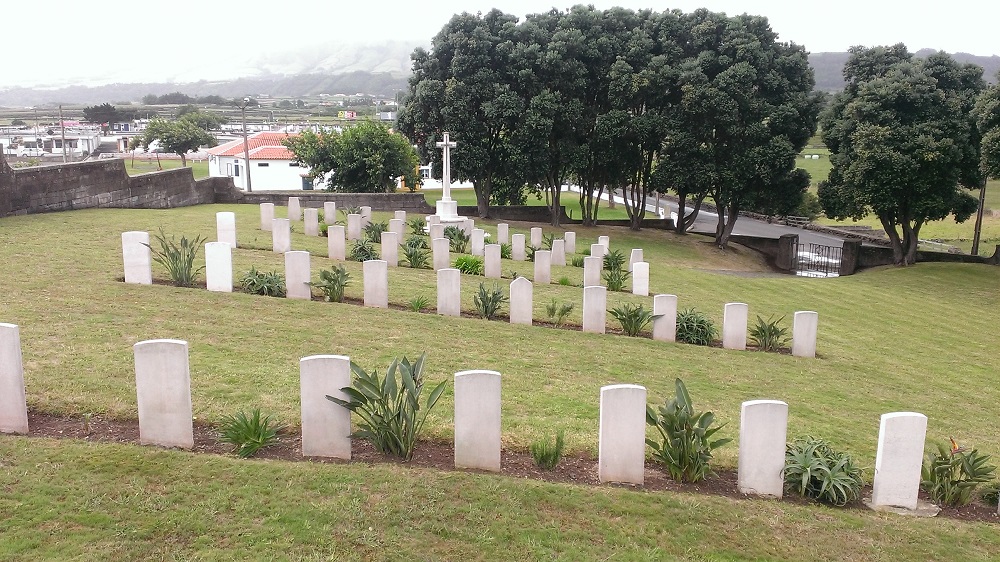 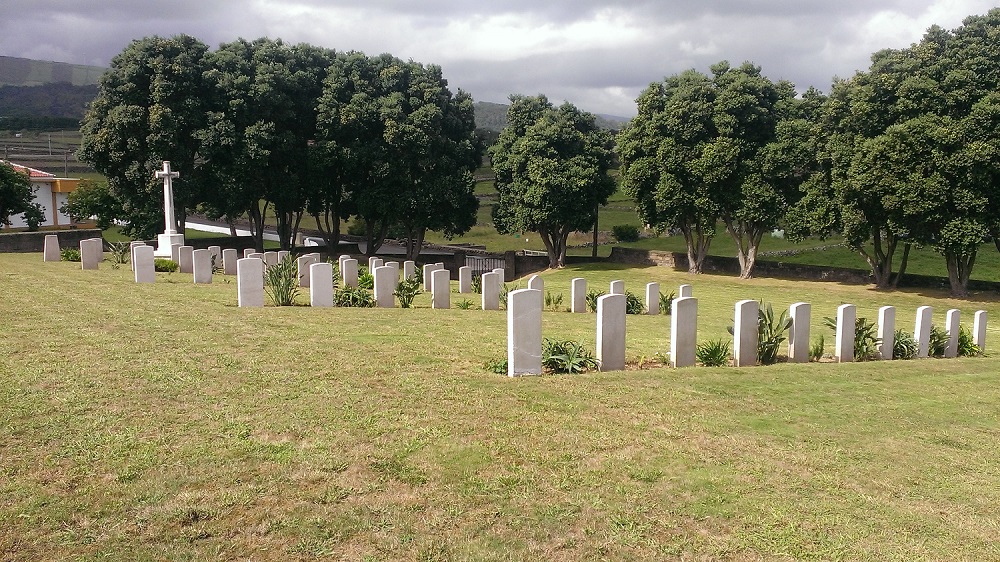 This cemetery is located on the island of Terceira. It is known as the British Cemetery or "Cemiterio dos Ingleses", located near "Bairro Joaquim Alves". Taking the highway from Angra to Praia, turn left at the first roundabout, driving for approximately 150m, where you will find the cemetery. When exiting from the airport, follow the sign for Angra la Herosima and Praia da Vitoria. At the T junction turn left in the direction of Praia da Vitoria. Turn left at the first roundabout. Follow this road past a school and the cemetery will be found on the right hand side after approximately 200 metres.

The cemetery is kept open at all times.

Due to frequent vandalism of the register box, the cemetery register is kept at local contractors office at the following address:

Lajes War Cemetery was established during the Second World War, when Commonwealth forces were stationed on the island and the aerodrome was used by the Commonwealth and American air forces. Originally it contained both Commonwealth and American war graves - some of which were moved in from the town cemetery at Angra - but the remains of the American servicemen were later repatriated. Lajes War Cemetery now contains 47 Commonwealth burials of the Second World War, one of which is unidentified. Nineteen of the graves are those of the passengers and crew of a Liberator which crashed into the hills when taking off on 14 March 1945. There is also one Polish war grave and one non-war burial in the cemetery.